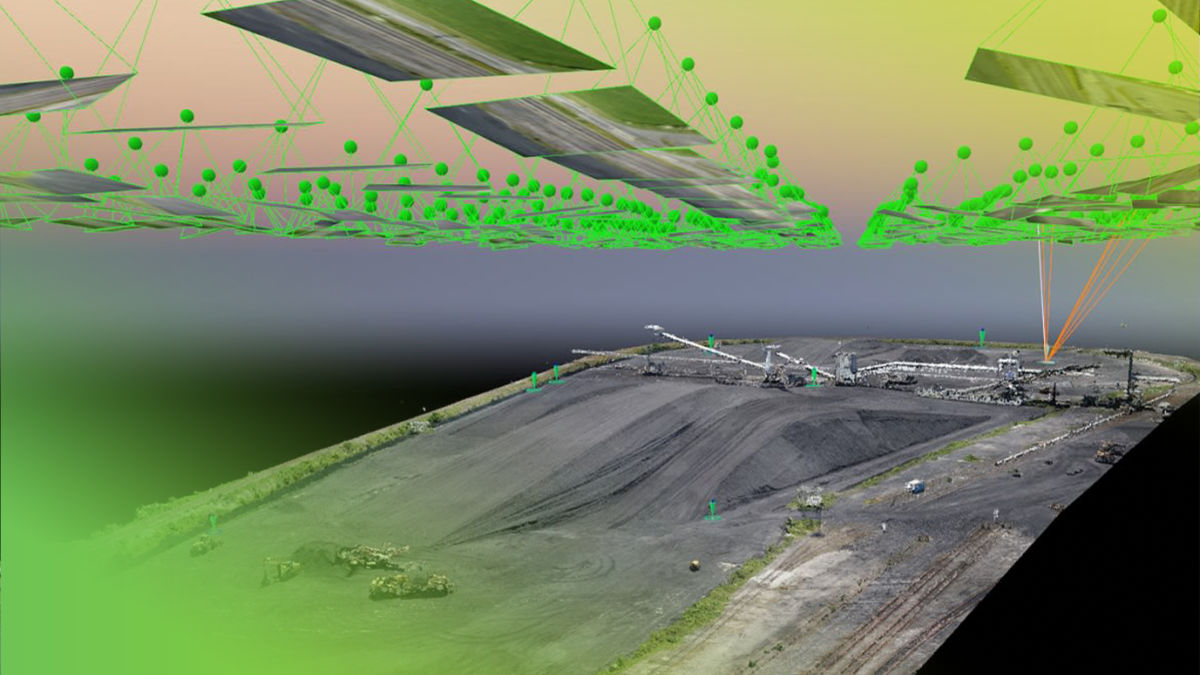 5 industries that use photogrammetry

November 22, 2022
Photogrammetry is used by professionals around the world from a huge range of industries. Check out 5 key industries using photogrammetry!

Photogrammetry, the process of measuring with images, is almost 200 years old. We’ve come a long way since then and modern camera equipment means that all the details captured in a photo can be converted into a meaningful 2D or 3D output. But why would you want to do that? What are the advantages?

The benefits of photogrammetry

The method for photogrammetry involves capturing photos (and potentially geospatial data) and processing it with specialized software. The software will convert the images and their geolocation data into 2D or 3D data, including flat maps (orthomosaics) or 3D models (point clouds). 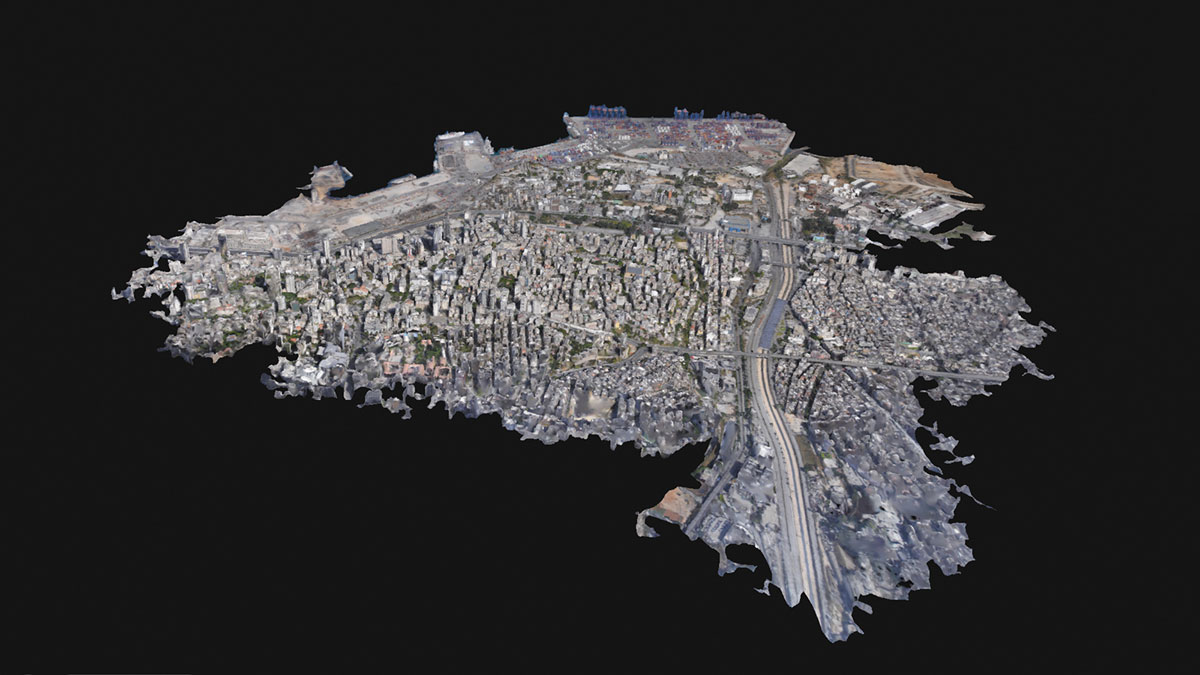 Photogrammetry can digitize reality, such as urban areas

Photogrammetry can be completed with multiple image capture devices, ranging from satellites to drones to mobile phones. The software to process these images can be desktop or cloud-based. Pix4D currently offers 10 products that process images for photogrammetric outputs, including 2D maps, digital surface models, digital terrain models, radiometric/multispectral maps, and more.

Having these outputs means you can get an overview of an object or location, rather than having to analyze hundreds or thousands of photos. Thanks to how the processing works, you can also measure volumes or distances, make annotations, and share analysis via PDF reports or shared links. To summarize, the benefits of photogrammetry include site or situational awareness, improved communication, and accurate 2D/3D representations of reality ready for use in multiple industries including surveying, agriculture, telecom, public safety, and construction.

Surveyors will analyze the terrain and features of a specific area. They could be doing this for various reasons, ranging from keeping government records to preparing for potential construction. A surveyor’s project could range anywhere from mapping a single building to hundreds of kilometers. To get a detailed analysis of an area, surveyors often turn to photogrammetry for results. Photogrammetry provides accurate data on-demand and the software can provide specific outputs, such as digital terrain models or basemaps, that are relevant to the project.

The Faroe Islands are a set of islands in the Atlantic Ocean. There are 18 islands in the chain with 120 urban areas. The Faroese Environment Agency was tasked with tracking and mapping the changes on these islands, with a focus on tracking urban development and changes to the coastlines. 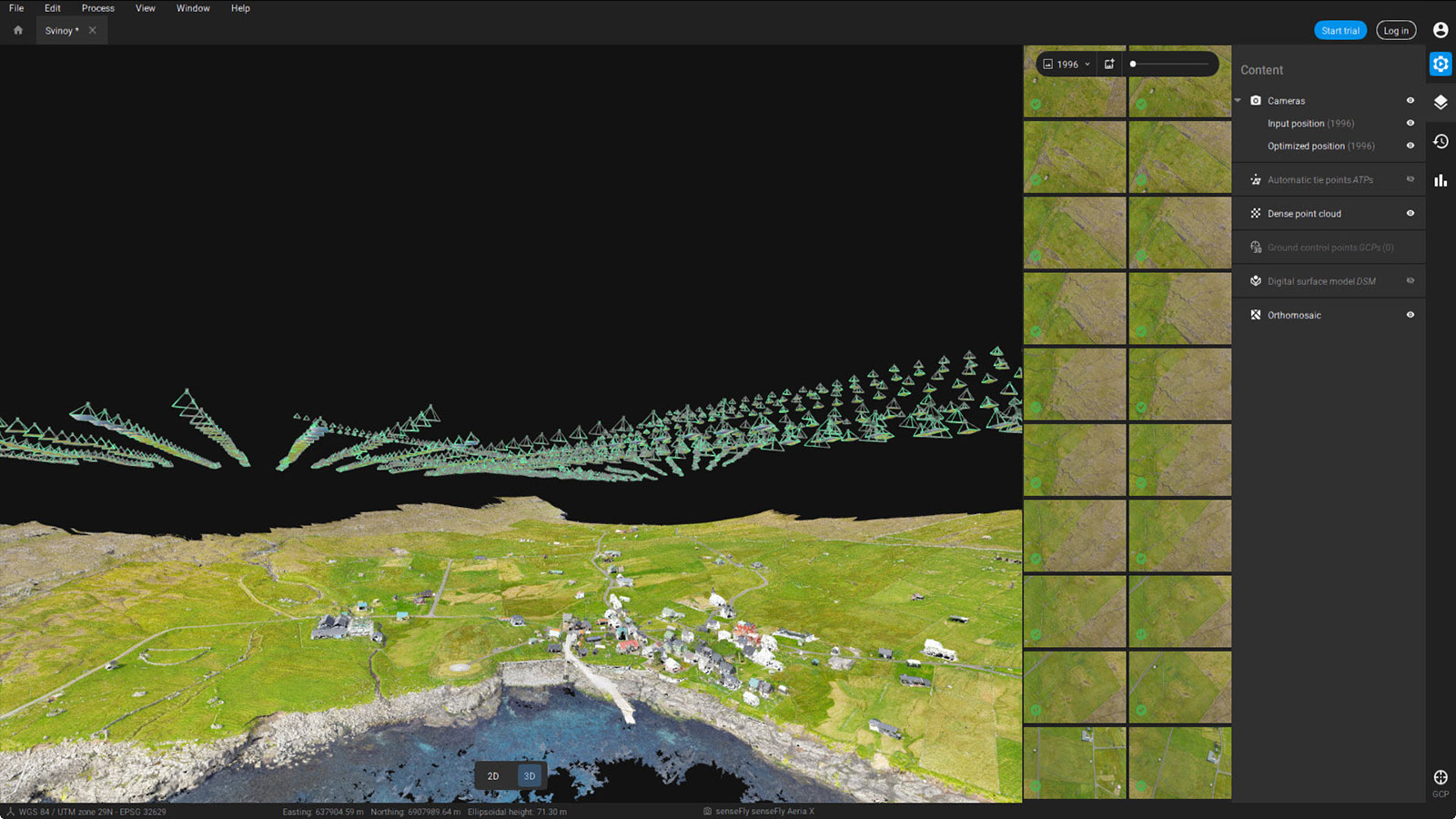 The Faroe Islands survey is part of official government records

They used PIX4Dmatic and an eBee drone to map one of the islands. After gathering 2,000 images, they had an orthomosaic with a GSD of 3.1 cm. This means that there is a high level of detail in the map. The 2D map was shared online as an open-source resource that local residents can use to see a bigger picture of their island, measure distances, and see changes over time.

Other uses for photogrammetry in surveying include:

Agriculture is constantly evolving to develop new techniques that optimize crop yields and reduce the use of pesticides and chemical use. With an aerial map of a crop, farmers can see more of their fields than on the ground. This is where agriculture drone mapping software PIX4Dfields comes in. The software can not only provide maps and surface models of farms, but also generate multispectral image maps (with the right camera). This means that farmers can analyze how their plants reflect light and see the plant health on a cellular level. These maps are called vegetation indices. 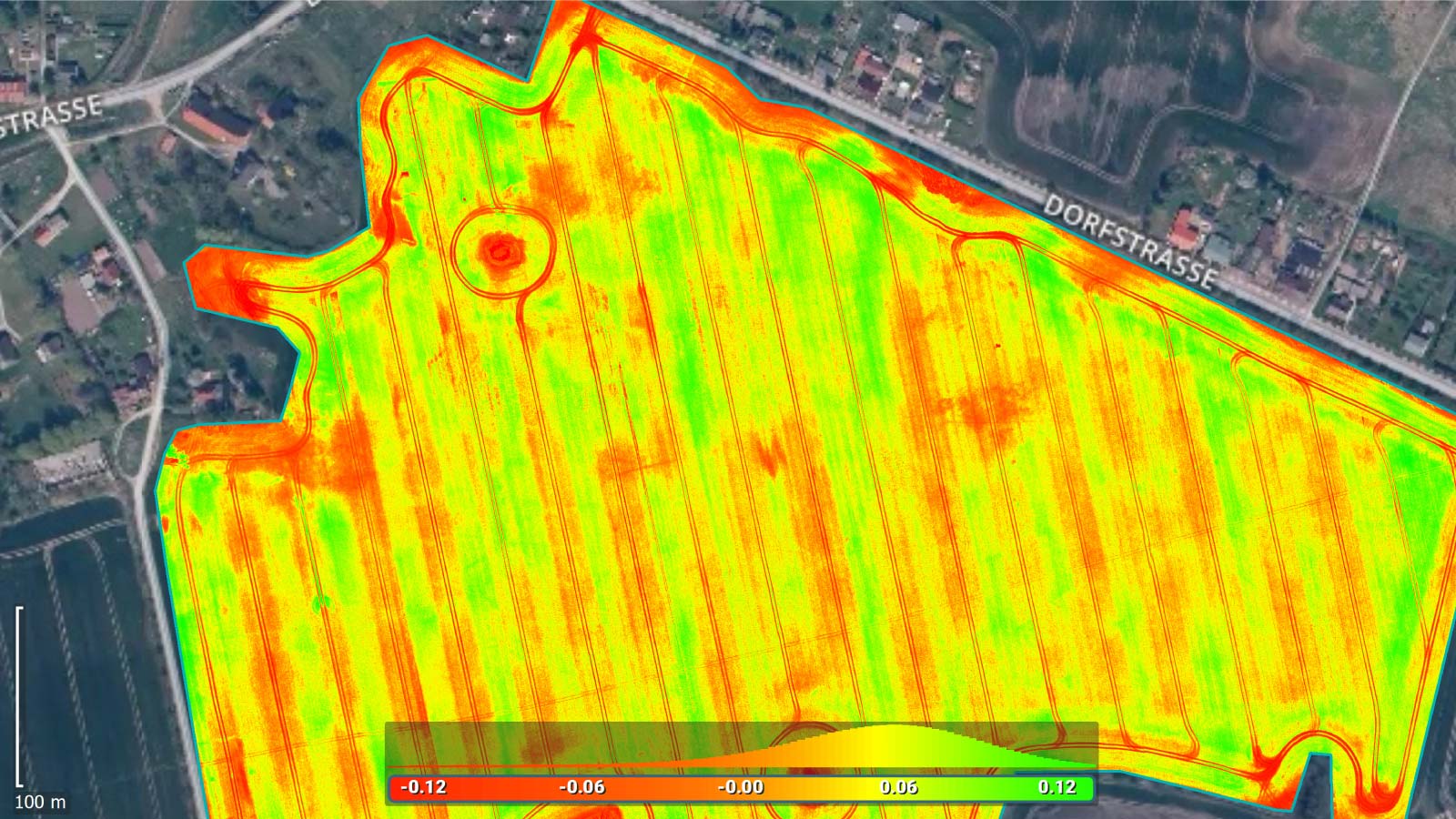 They can be used to identify diseases, plan treatment applications, track growth, and even make crop insurance claims against animal damage or flooding.

Example: Using drones to increase crop yield in a year

A farming service provider in Spain was asked to analyze crops in the field. They used PIX4Dfields and a DJI Matrice 30 drone to capture and process their data. They found that an aquifer in the middle of the farm was waterlogging fields, reducing yields. They also identified nitrogen deficiencies in the crops with vegetation indices. With improved irrigation practices and new fertilizer application, the yield for this crop improved within the season. 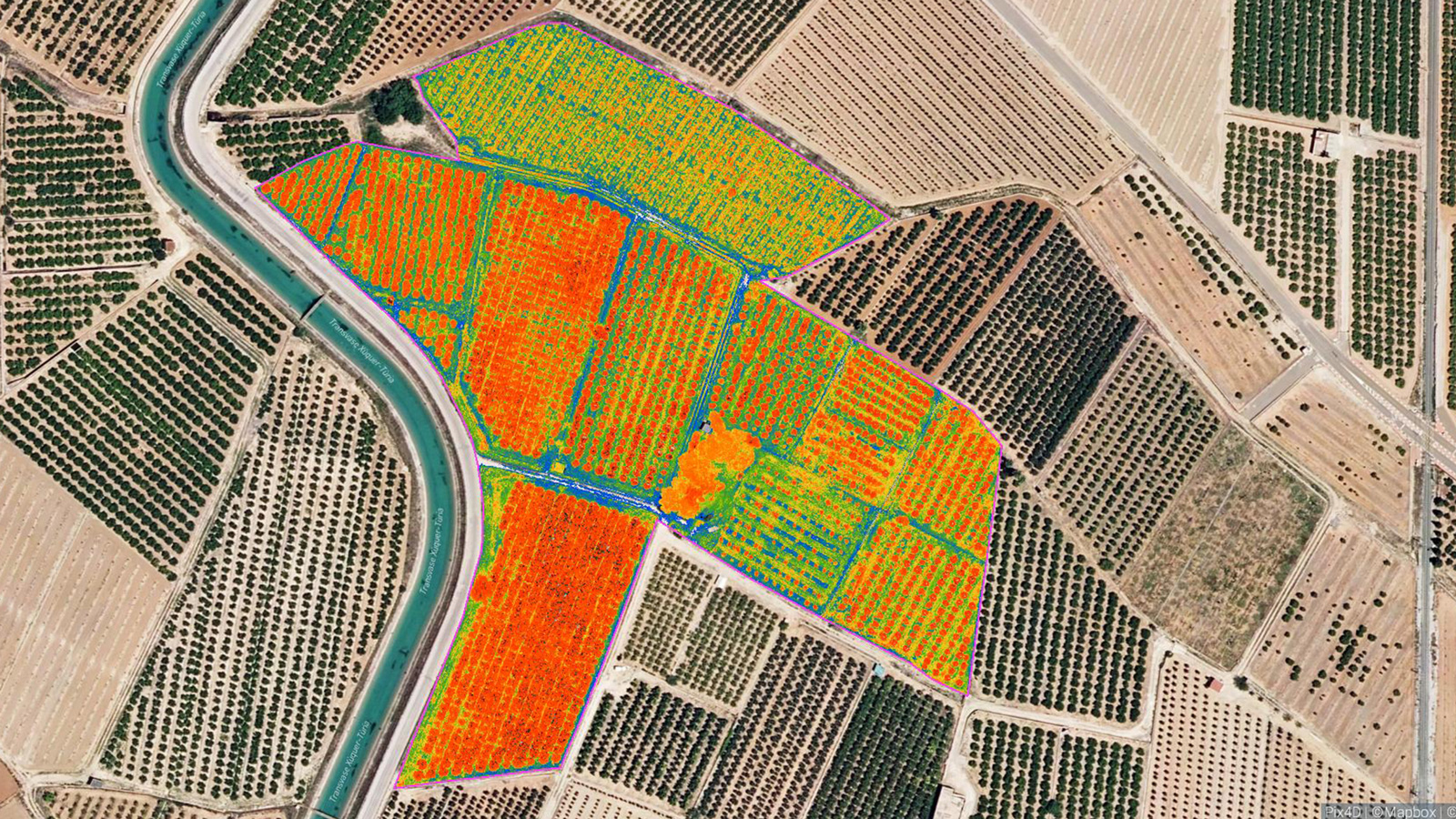 The project had immediate benefits for the farm!

Other applications of photogrammetry in agriculture:

Telecommunication towers are spread around the globe, helping us to connect with people and improve modern communication. The tall structures have multiple sets of equipment installed, from varying types of antennas to specialized electrical equipment to broadcast emergency frequencies. However, they are tall elements. To inspect the equipment, a specialized crew has to climb the tower and take photos or make diagrams. This is a dangerous and time-consuming task. With specialized inspection software for telecom - also known as PIX4Dinspect - this is made easy. A drone flight around the tower (planned by the app PIX4Dscan) can provide all the data necessary to create a digital twin. 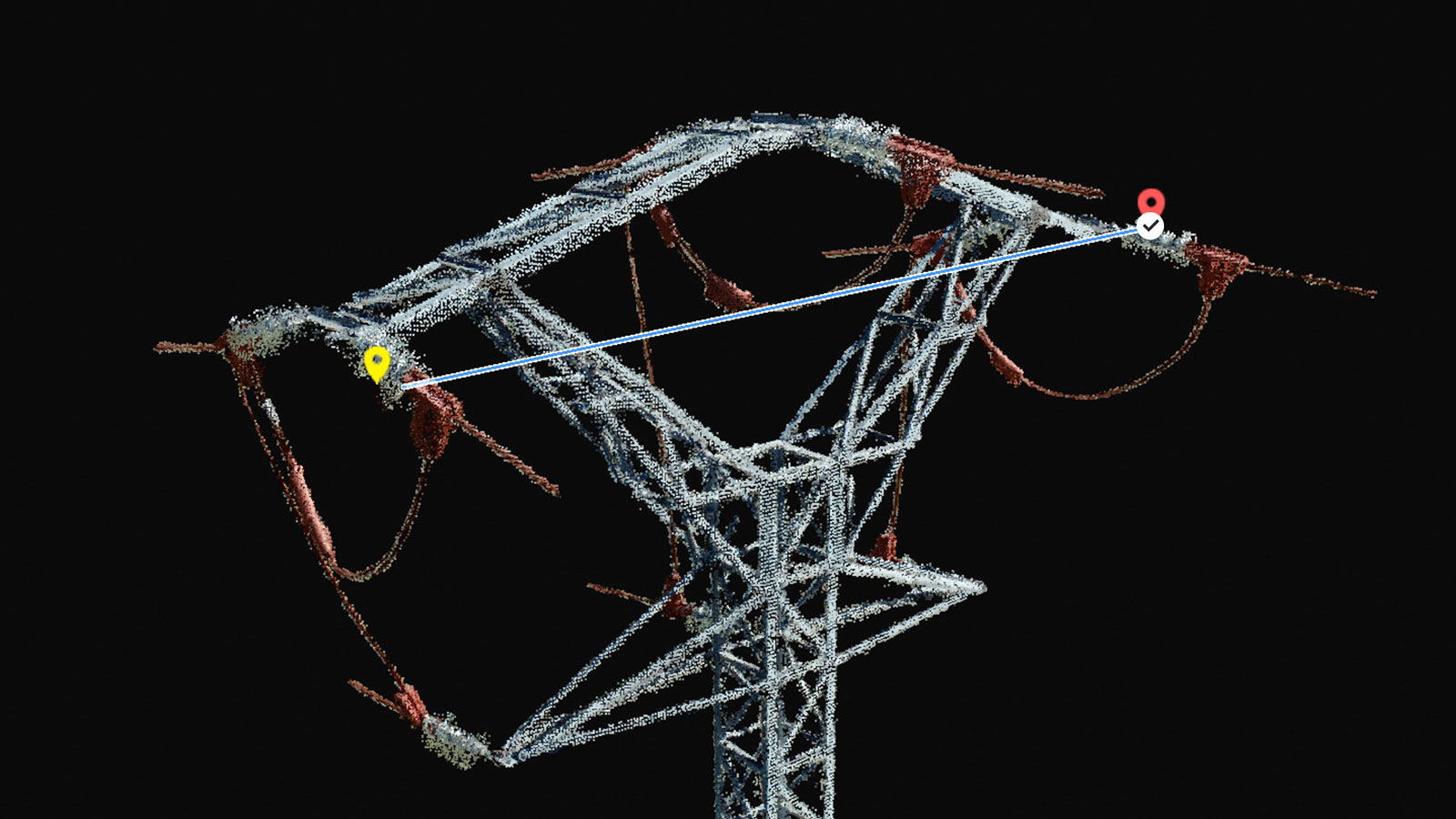 PIX4Dinspect processes the data and uses AI to automatically identify antenna features, such as angle, orientation, and azimuth, before presenting the digital twin for analysis. It can be annotated, measured, and a PDF report is automatically generated. The time savings on these projects can cut inspections from 24 hours to 1 hour!

Example: How Motorola Solutions use PIX4Dinspect

The digital twin can easily be shared between teams. This allows engineers to check the installations and equipment on the tower, identify misaligned antennas, and share their instructions with engineers who can clearly see what should be done and where. A report can also be shared with clients interested in renting space. Finally, the team also used PIX4Dinspect to custom mount a µw dish on a water tank.

Telecom towers can be inspected in detail with photogrammetry

Other examples of photogrammetry in telecom: 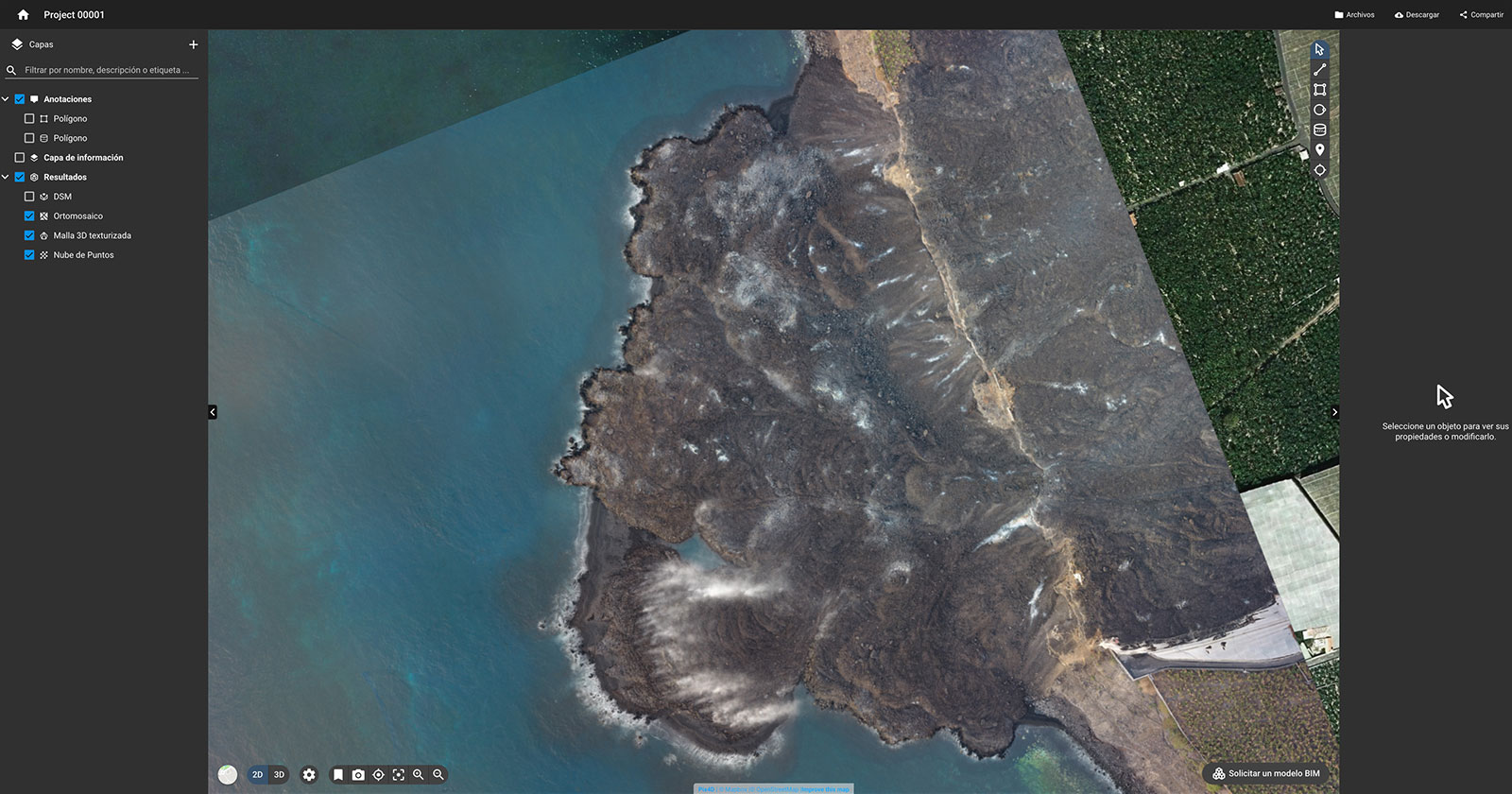 This aerial map monitored lava flow from a volcanic eruption

Thanks to aerial mapping and modeling, they can do that with photogrammetry. However, it can also be used for further applications like reconstructing an accident or 3D modeling a crime scene. There are several software options for this. Firstly, there is PIX4Dreact, the 2D fast-mapping software used for situational awareness in scenarios like wildfires. The outputs can be shared via mobile phones and processing on a laptop can be done without internet connection, making it flexible according to the environment. Alternatively, PIX4Dmapper is used for 3D models of accidents for reconstruction, whether it’s investigating a helicopter crash or recreating a crime scene for use as evidence in court. PIX4Dmapper can also be used for wider disaster recovery with volume measurement, such as quantifying debris after a bushfire.

The 2020 California wildfire season was a record-breaking event, with thousands of people forced to evacuate their homes. GeoAcuity, led by Greg Crutsinger, was called out to Boulder Creek to do a rapid damage assessment before evacuated residents were allowed to move back into town. The aim was to create 2D maps with PIX4Dreact and annotate locations with significant damage and identify any dangers to local residents coming home. The map was also hosted online by the local authorities for use in insurance claims or for people to see if they could return home yet and what they would return to. This rapid data access helped a community come to terms with a horrifying event and kept people safe. 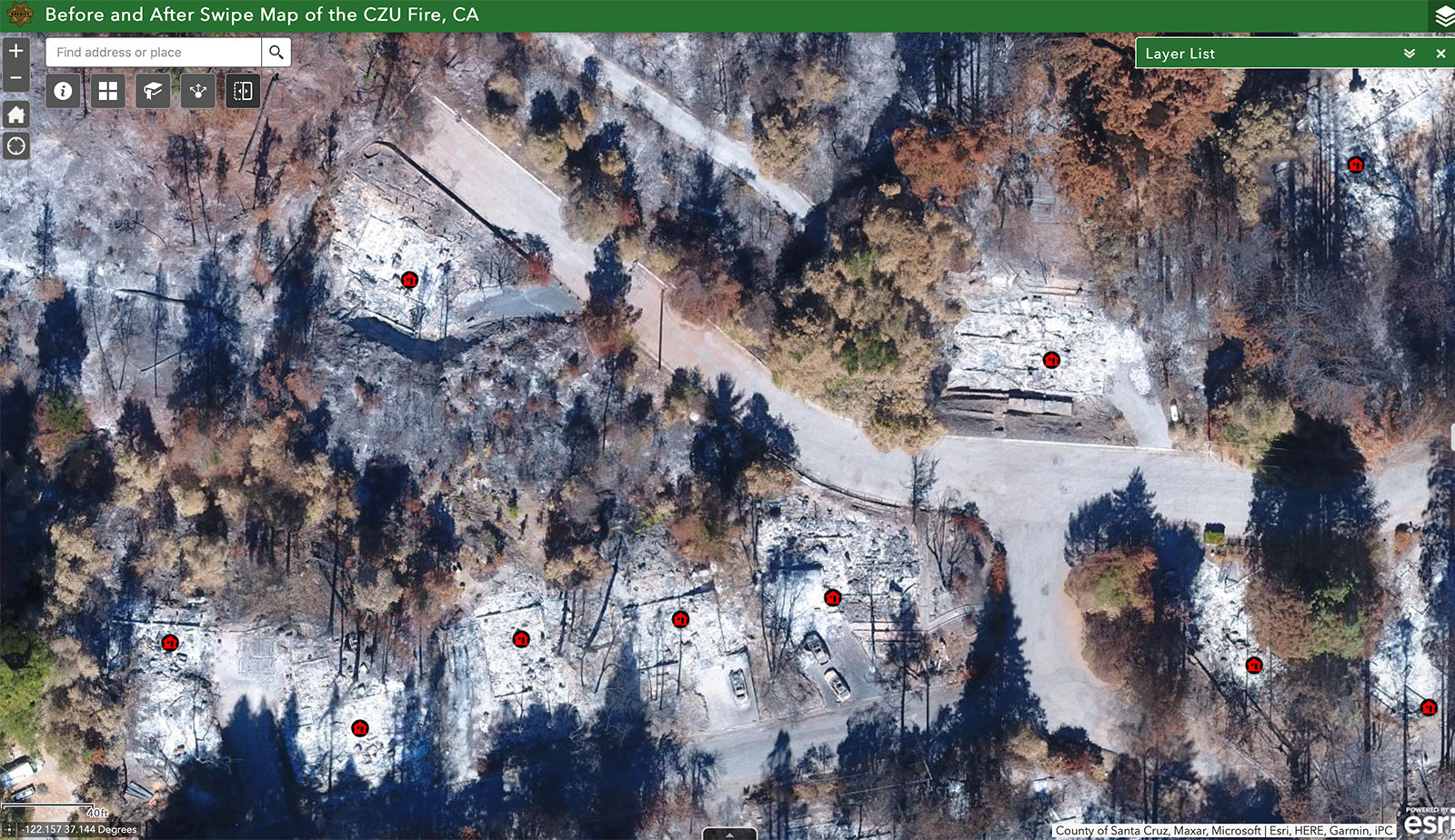 Construction is another clear benefactor of photogrammetry technology. Whether using aerial drone mapping to track site progress or terrestrial scanning to digitize installations, there are a huge range of applications. Here, users can also take advantage of the viDoc RTK rover, a handheld rover that attaches to mobile devices to gather RTK data during a photogrammetry (or even LiDAR) scan with the app PIX4Dcatch. This means that a mobile phone can become a surveying tool with centimeter accuracy! Alternatively, drone data can be used to compare as-built to as-designed plans and capture progress, easily shared with colleagues via the cloud platform PIX4Dcloud. Drone mapping or the viDoc can be used to document trenches, measure distances or stockpile volumes, and improve communication to reduce unnecessary site visits by managers. 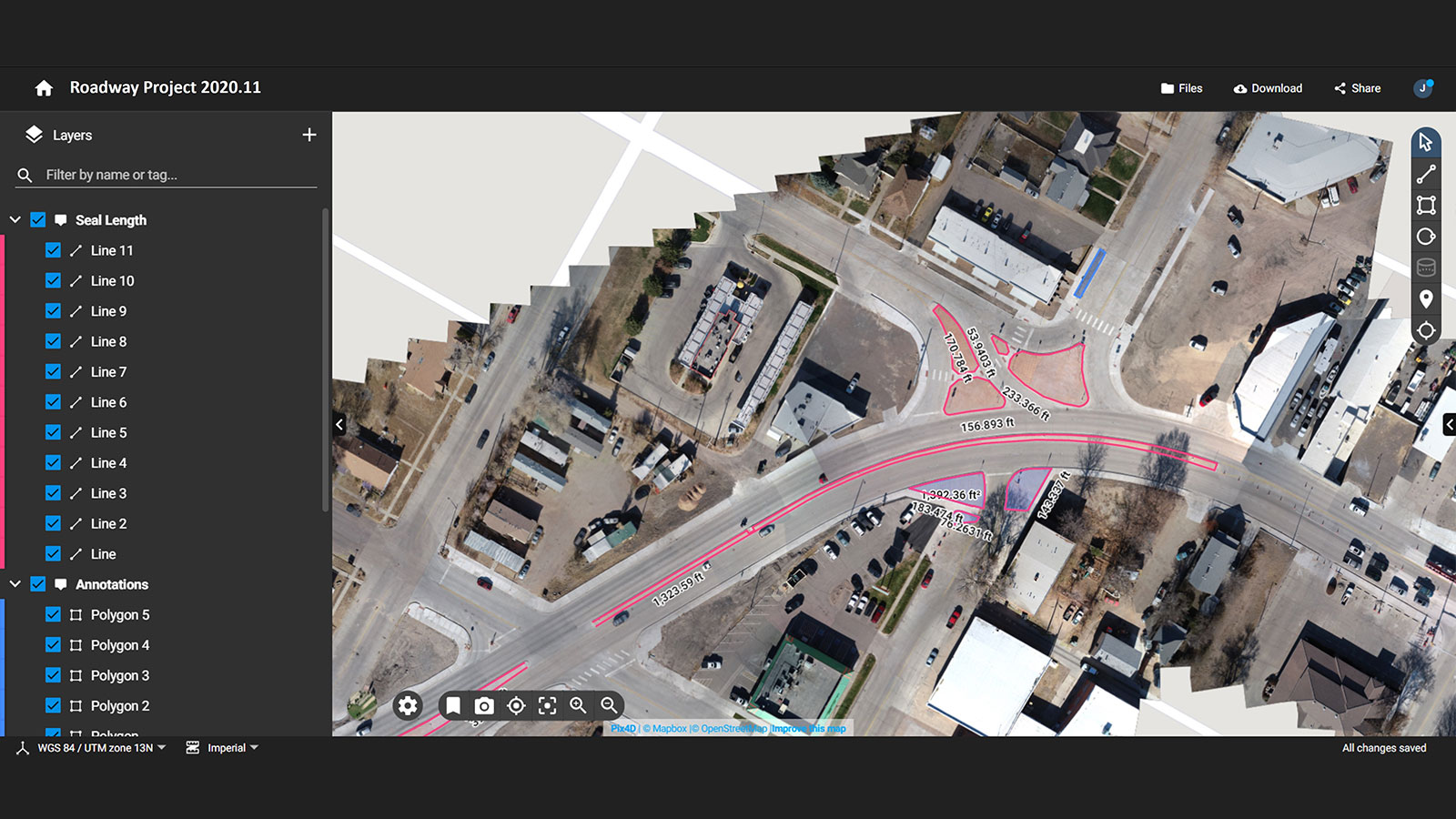 Drone mapping can track site-progress, as in this example with a road survey by Parsons

The bustling city of Singapore is a hub of movement and technology. HSC Pipeline Engineering was installing pipes on a main road, working with a tight deadline. They used the viDoc RTK rover and PIX4Dcatch to capture a 3D model of pipes they had just installed. The data capture took just one minute for an engineer to capture on-site before it was uploaded from the mobile phone to PIX4Dcloud for processing. PIX4Dcloud created a 3D model that was an exact replica of the site, which HSC Pipeline Engineering used for their own records as well as for sharing with regulators and their clients. They could measure distances and annotate the 3D model as well as share it along with a PDF report. Since implementation, the viDoc has sped up operations by 30 - 50%!

Other applications of photogrammetry in construction: - Saving $100,000 on concrete installations - Mapping a bridge for restoration with viDoc & LiDAR - Preventing site accidents with as-built design overlays

Whether you are working in construction or public safety, agriculture, or general surveying, there are ways photogrammetry can help you. It can speed up work, improve safety, and cut costs without compromising on accuracy! The applications are wide and even reach further industries, from planning new ski resorts to saving the Amazon rainforest.

Stay up-to-date with the latest in photogrammetry!
Make sure not to miss any news from Pix4D
Our newsletterOur LinkedIn 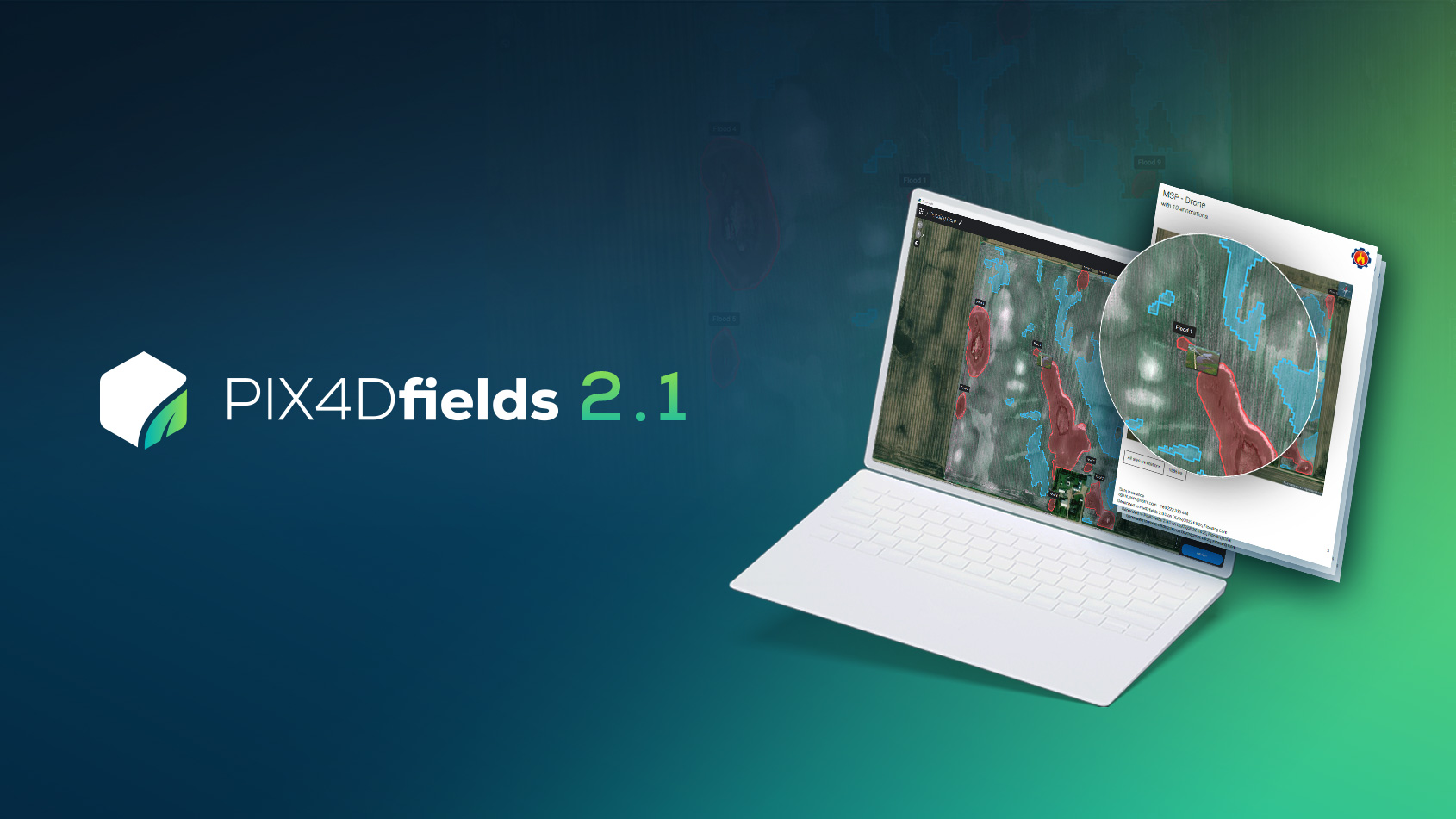 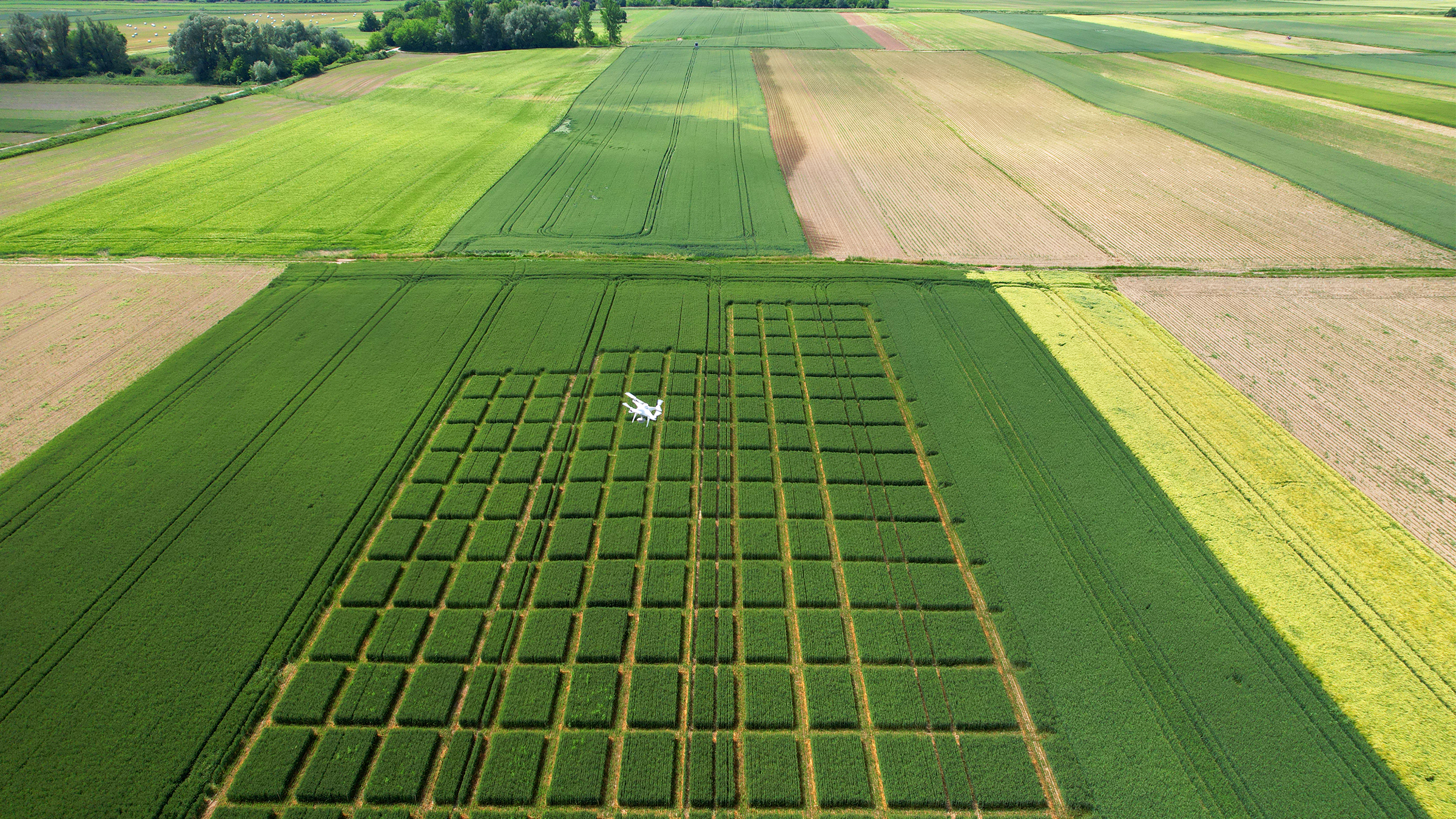