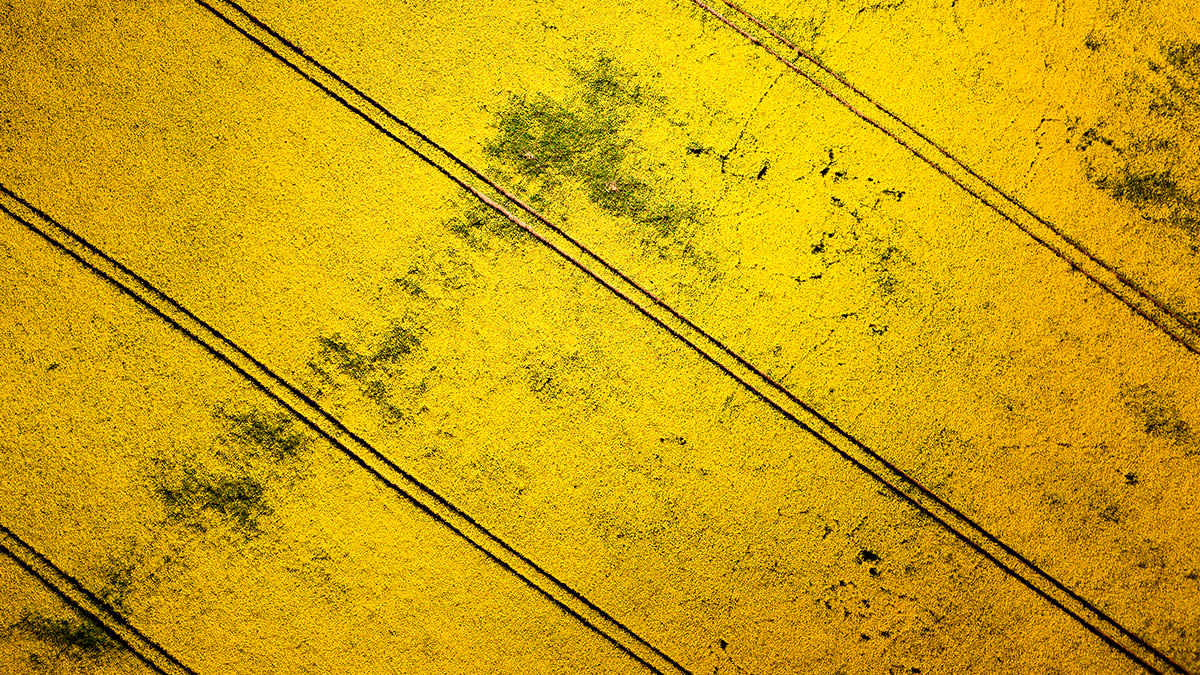 November 17, 2020
Hungry wild animals can significantly damage a crop of rapeseed, but finding the affected area can be difficult - unless using Pix4Dfields.

Crop damage isn’t just caused by weather events; animals are often the culprits. The impact caused by grazing animals, such as wild boar or deer, can substantially harm crops. The animals may move through seasonally, with migration patterns, or simply graze in the same region as the farm. The frustration for farmers is that the impact on agriculture can be made worse when animals are maintained for hunting, leading to disputes between hunting authorities and agricultural land owners.

The damage is also varied in the spread and intensity, with some areas seeing little impact compared to others which may be decimated by grazing animals. This random spread of damage means that assessing it is difficult, making drone-based mapping an ideal solution to accurately map how much of the crop has been destroyed. 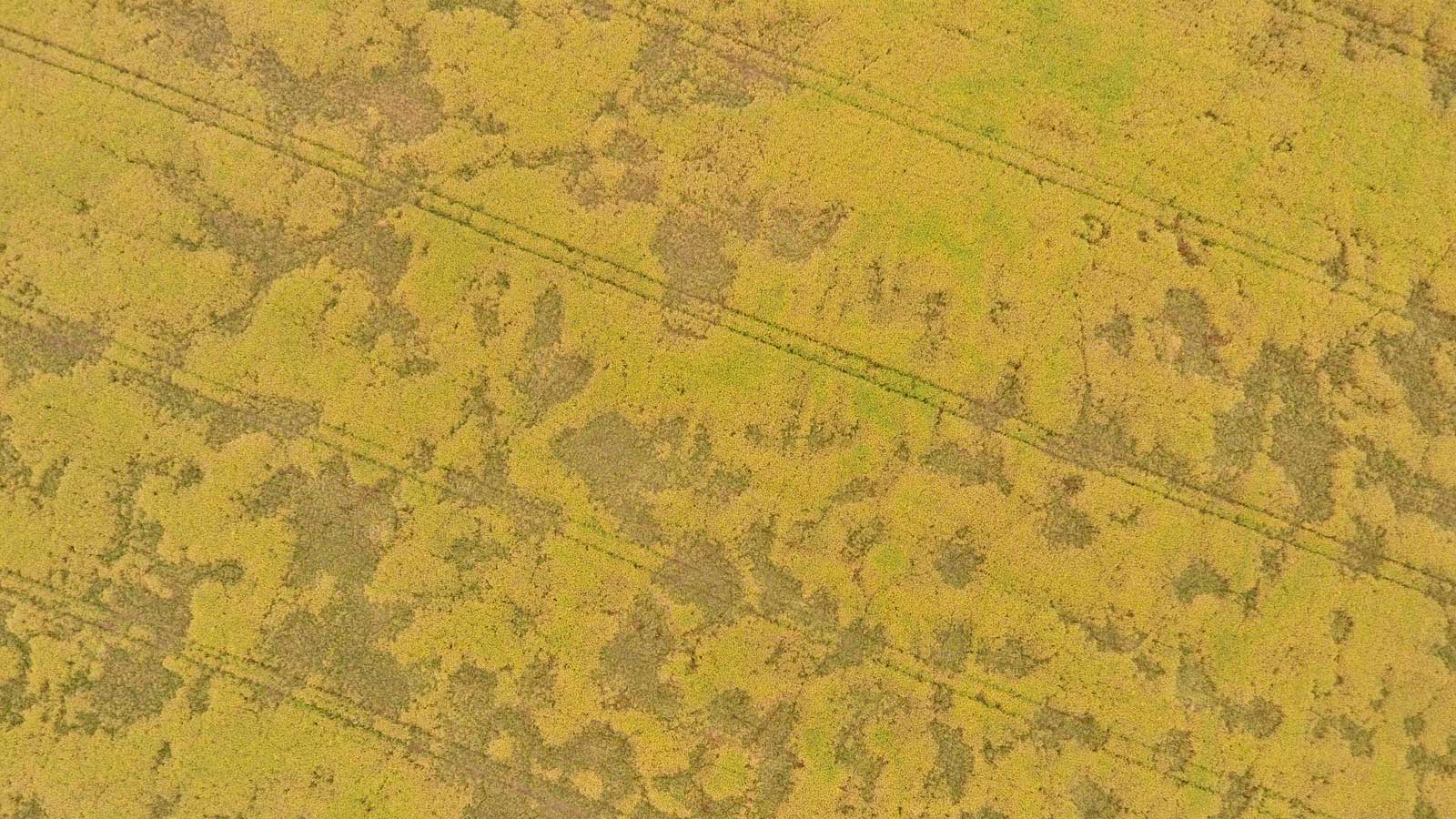 South Drones was established in 2016 in the South Bohemian region of the Czech Republic. Their focus is providing technical outputs of drone-based photogrammetry and 3D modeling for clients in industries ranging from public administration and utilities to construction and agriculture.

In this use case, South Drones were called out to Radvanice in the Central Bohemian region of the Czech Republic in June of 2020. A field owner wanted them to map a field of rape to support an insurance and legal claim for financial support. A successful insurance process would enable the owner to get compensation for crop damage by animals. Rape, or rapeseed, with its bright yellow flowers, is an important crop in the vegetable oil market as it can be processed to produce rapeseed oil, making it a big financial asset.

The mission was for South Drones to plan the project and collect images via drone for analysis and assessment of the results. This information would then be provided to the client as a report. South Drones needed to work with software that could clearly identify healthy and impaired areas, making Pix4Dfields ideal for generating their results.

South Drones used an automated flight plan to collect data, before setting up their workflow for processing their results to identify the damage: 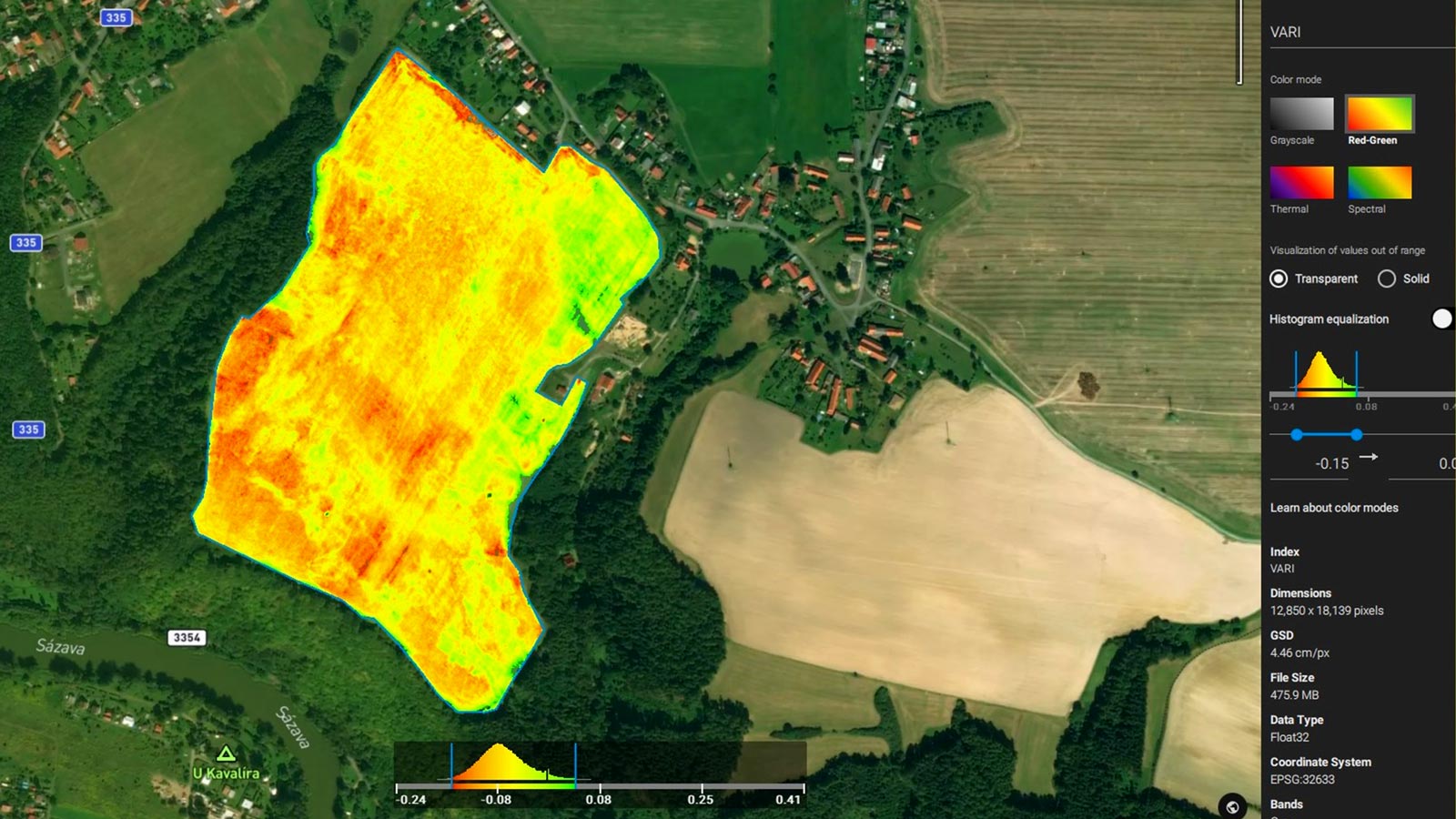 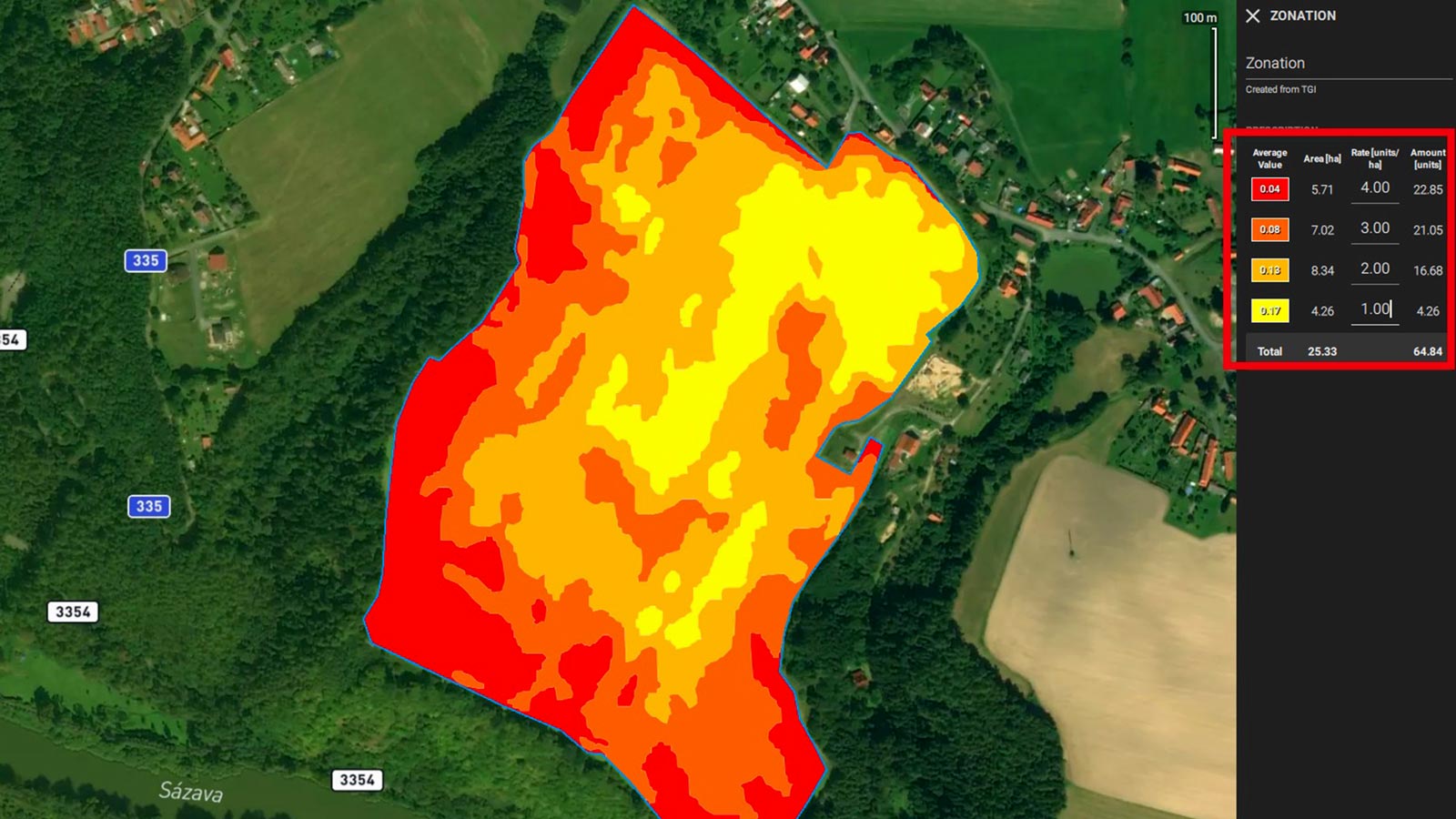 The combined use of the prescription tool with the zonation tool was key for South Drones’s work. These tools enabled them to accurately quantify the damaged area in the oilseed rape field.

“We have been really satisfied with the workflow speed of Pix4Dfields and the outputs it provided when assessing the crop damage caused by wildlife.” South Drones 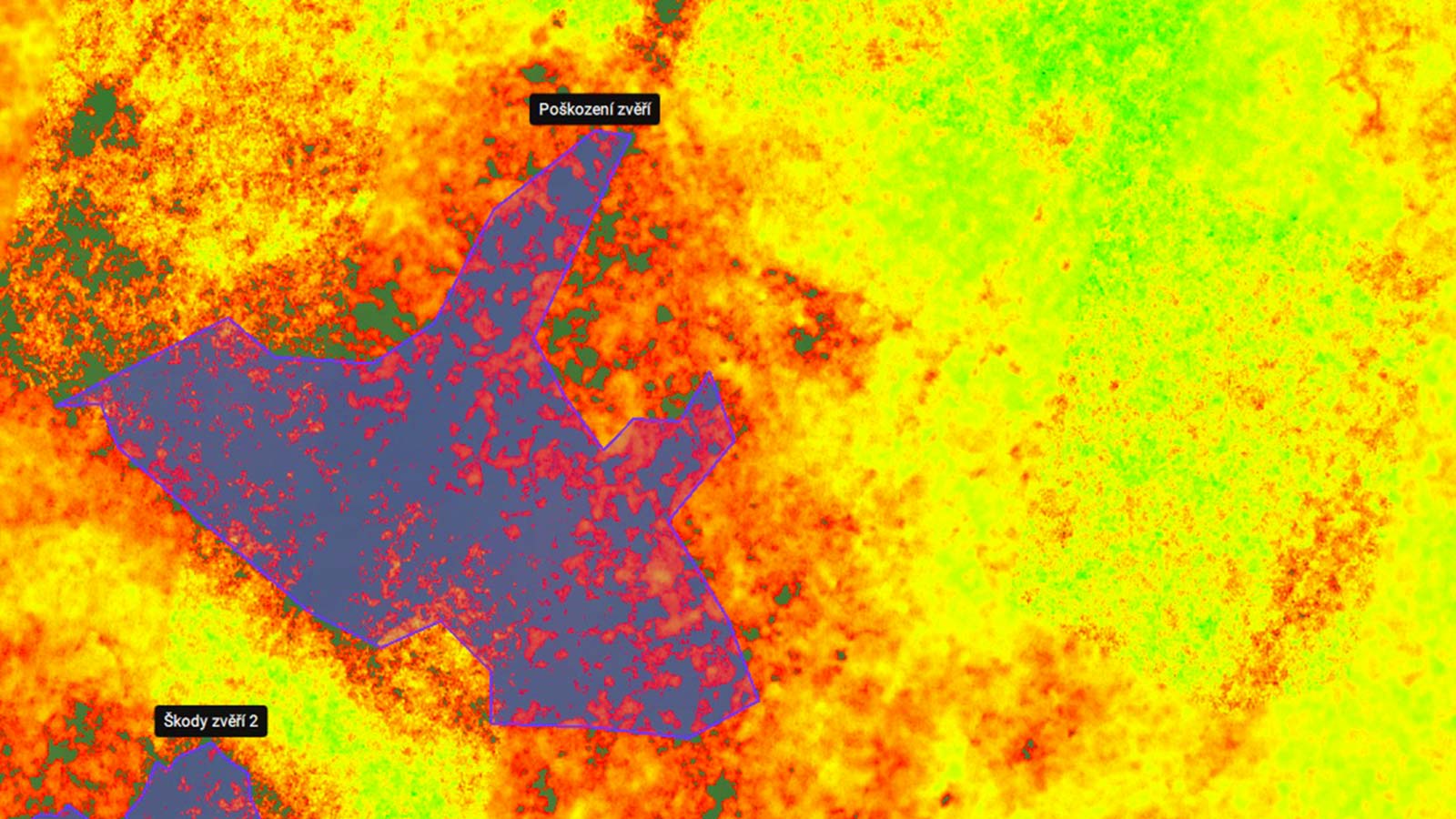 The advantage of using Pix4Dfields stemmed from the fast processing and independence from the internet. South Drones could work on-site without having to connect to the internet or return back to the office. Instead, they were able to generate results by just using a laptop. This meant they could focus on problematic areas without having to leave the field. Their entire project could be completed in one software program with clear outputs that did not need further processing.

“The results without drones could be too weak to stand as a proof at court. With a drone and specialized software like Pix4Dfields, collecting the proof is fast, conclusive and complete with a clear audit trail of the whole workflow.” South Drones

South Drones pointed out that any traditional scouting method that would not utilize drones and specialized software like Pix4Dfields would generate less comprehensive, precise and most importantly less conclusive results. The crop damage expert and/or the insurance company rep would have to walk samples of the field and scout the damage "manually" and then extrapolate to the whole area. 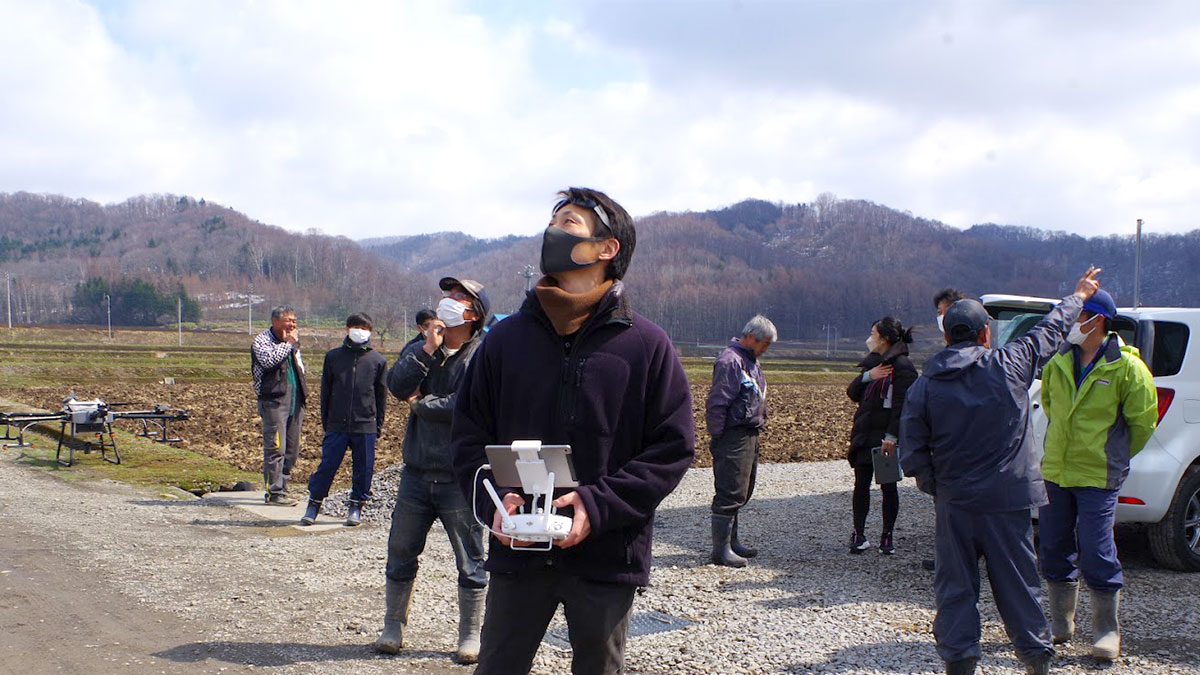 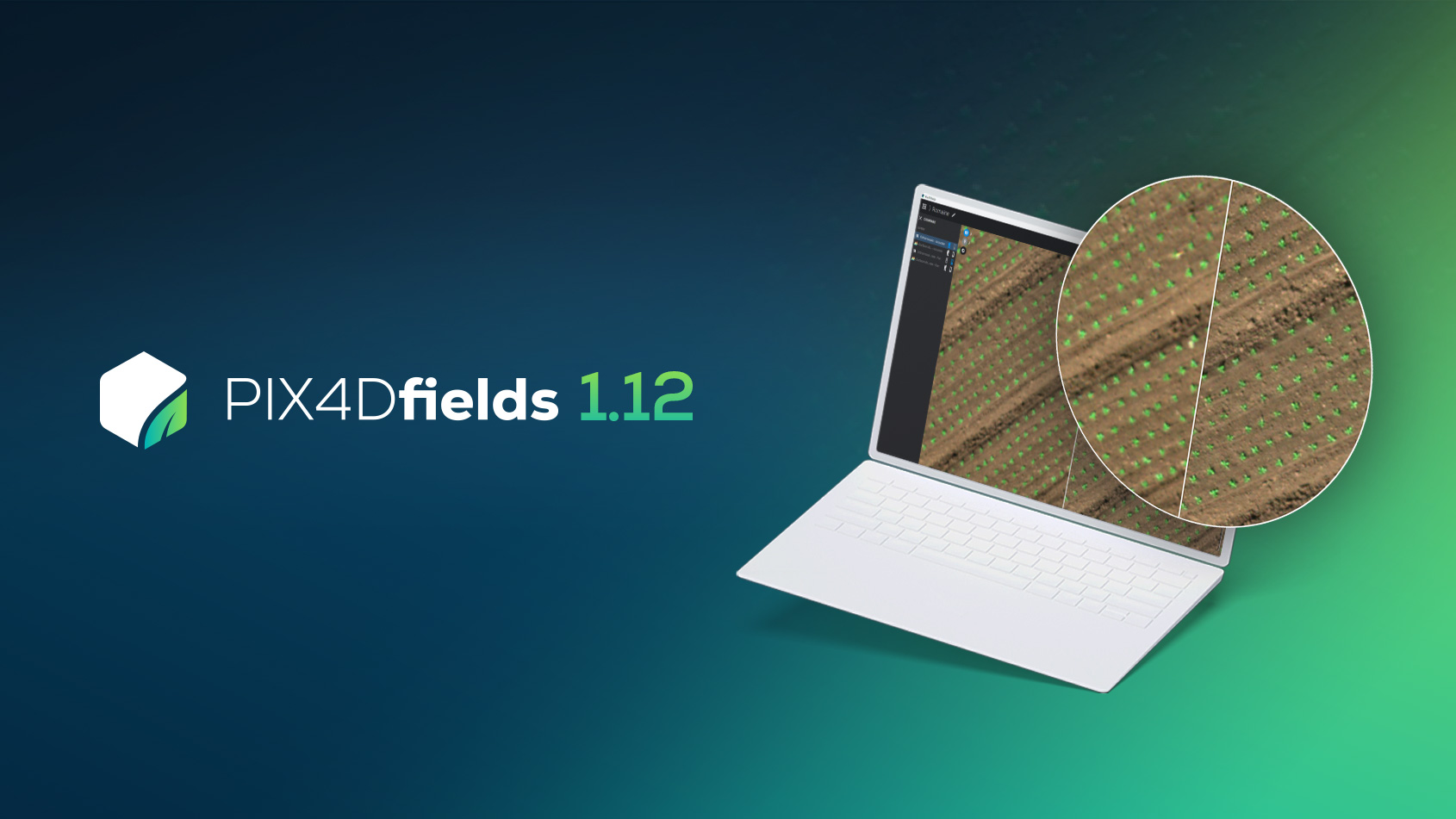