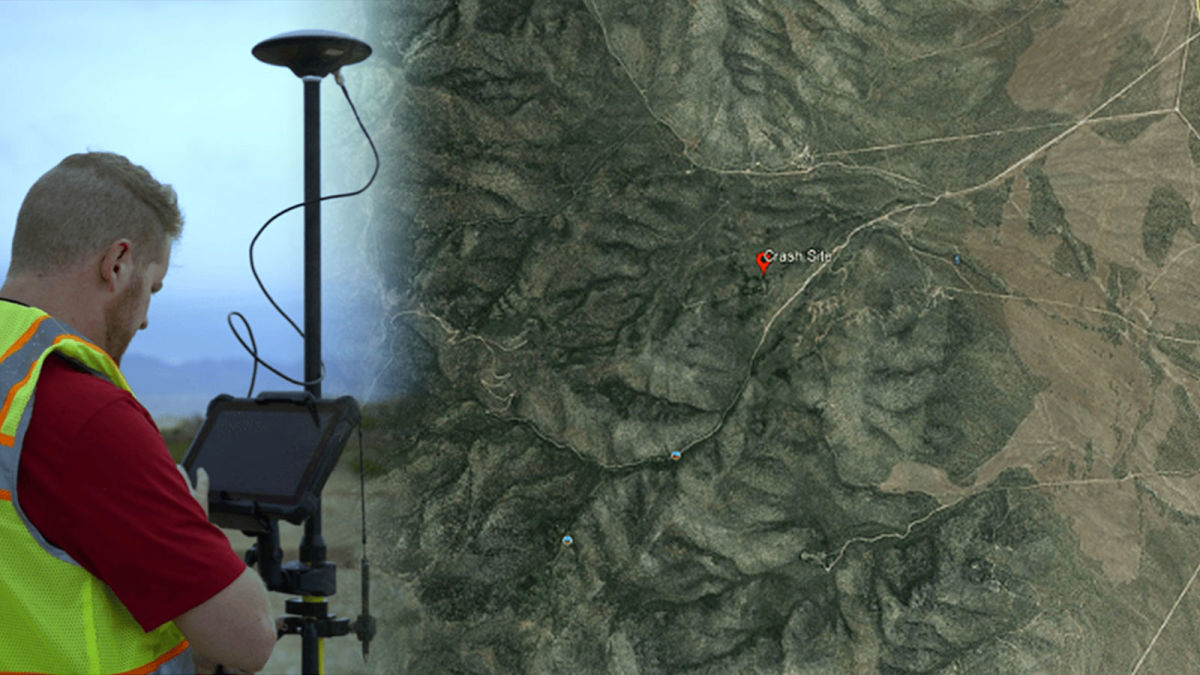 January 18, 2021
A helicopter crash in Nevada was difficult to access and investigate, but drone mapping helped understand the accident.

Drones can get to places that people can't. This flexiblility makes them appealing for a range of industries, especially for accessing remote locations. This is exactly why aviation investigation authorities turned to Sundance Media Group (SMG), directed by Douglas Spotted Eagle, to help with a helicopter crash. The authorities were trying to confirm the cause of the crash by looking at the spread of debris at the site near Pioche, Nevada, USA. The findings of the air crash investigation could then be used for insurance claims and avoiding similar accidents in the future.

The crash occurred in the Highland Peak area, which is a 3-hour drive from Las Vegas. With the debris spread across an area at an altitude 6,741 feet (2,054 m), access was only possible with a four-wheel drive car, which could not reach all of the site. These geographic factors had hampered conventional investigation teams, which is why SMG was stepping up. SMG are specialists in drone mapping and videography, working with a variety of organizations to solve problems with drone mapping. Douglas Spotted Eagle has even worked with Pix4D on night photogrammetry, a complex but compelling part of working with drones. 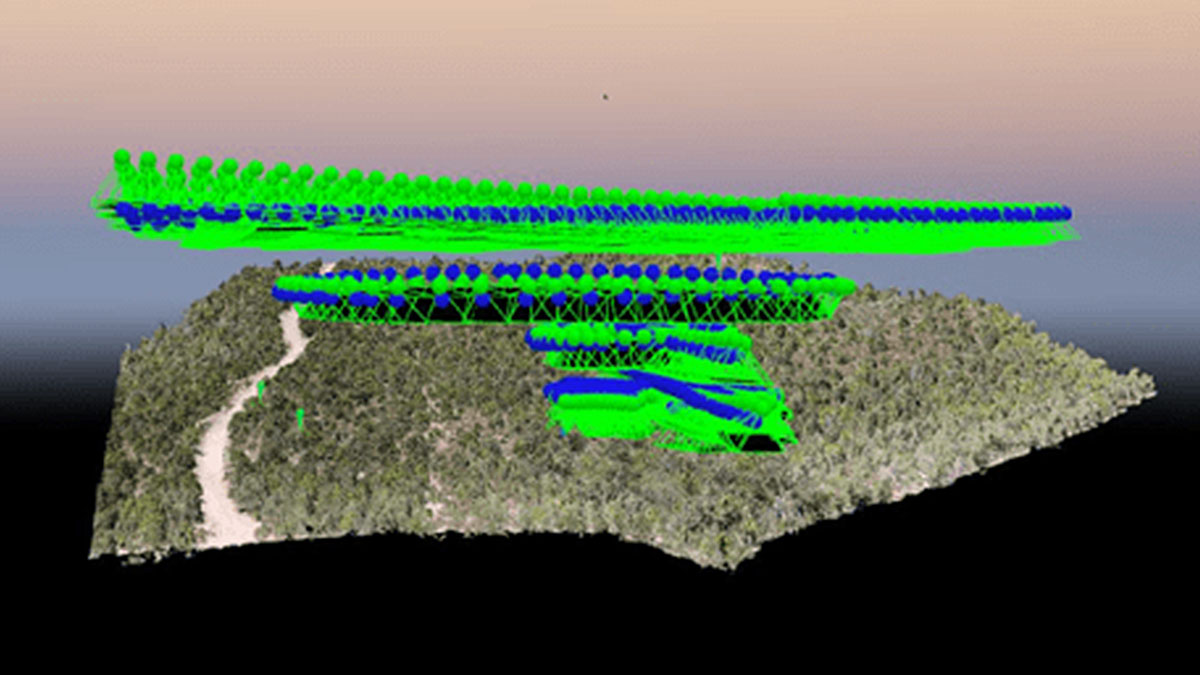 The debris was spread over a wide area, all of which was surveyed

A team of three people went to the site to investigate the accident. They planned to gather image data to show the aviation investigation team the spread of debris in order to understand why the helicopter crashed, and how it made impact with the ground.

The challenges of surveying a remote location

Once the SMG team got to the site, they established their base at the highest point to avoid signal disruption from any obstructions. They set up 7 GCP disks to ensure the accuracy of the map when the whole project was imported into PIX4Dmapper. They worked to maintain a high GSD that averaged at 0.2cm per pixel, which would help improve their overall accuracy. Having a high GSD would enable investigators to study the terrain in detail. This was crucial as the helicopter had been wrapped with grey vinyl - amongst other colors - due to recently being displayed at a trade show. This colour blended in with the ground, making it more difficult to spot, so zooming in without losing image quality was critical to the project results. 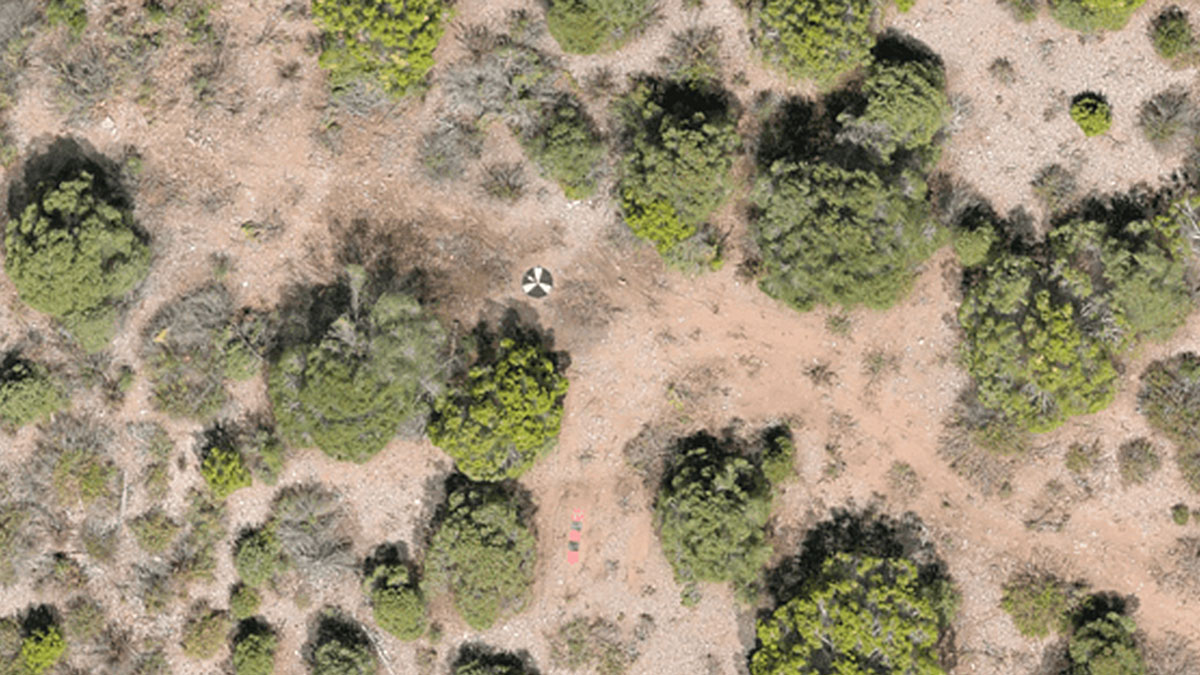 SMG used pre-loaded Google Earth overhead maps to prepare their flight missions. Carefully planning a flight can help save time, and avoid consequences from accidentally breaking drone regulations. They mapped 70 acres (28 hectares) using two Autel EVO II Pro drones. One drone flew the North/South corridor whilst the other flew the East/West corridor. The drone pilots flew these compass-based routes as well as an additional 45 minutes to capture precise detail. The flights were completed over a two and a half hour period to minimize distortion from changing light and shadows. This in turn boosted the accuracy and clarity of the outputs, which assisted the investigation.

“Ultimately, the primary responsibility is to go beyond a digital twin of the scene, but instead offer deep value to the investigator(s) which may enhance or accelerate their investigations. Regardless of whether it’s a crash scene, insurance capture, energy audit, or other mapping activity, understanding how to set up the mission, fly, process, and export the mission is paramount.” - SMG

Keeping a visual line of sight (VLOS) with the drones was necessary for maintaining flight safety. For this reason, FoxFury D3060 lights were mounted onto the drones. Knowing where the drones were and their orientation was vital to capturing images mitigating risks due to the inability to know the drones’ precise position.

The power of detailed maps and photogrammetry expertise

The strong overlap between images and high GSD meant investigators could zoom in to look for debris between rocks and trees. SMG prepared a 3.5 GB GeoTIFF in Google Earth which they could refer back to after PIX4Dmapper had completed processing.

Processing in PIX4Dmapper provided a dense point cloud with such detail that the SMG team were surprised with just how much they managed to capture. 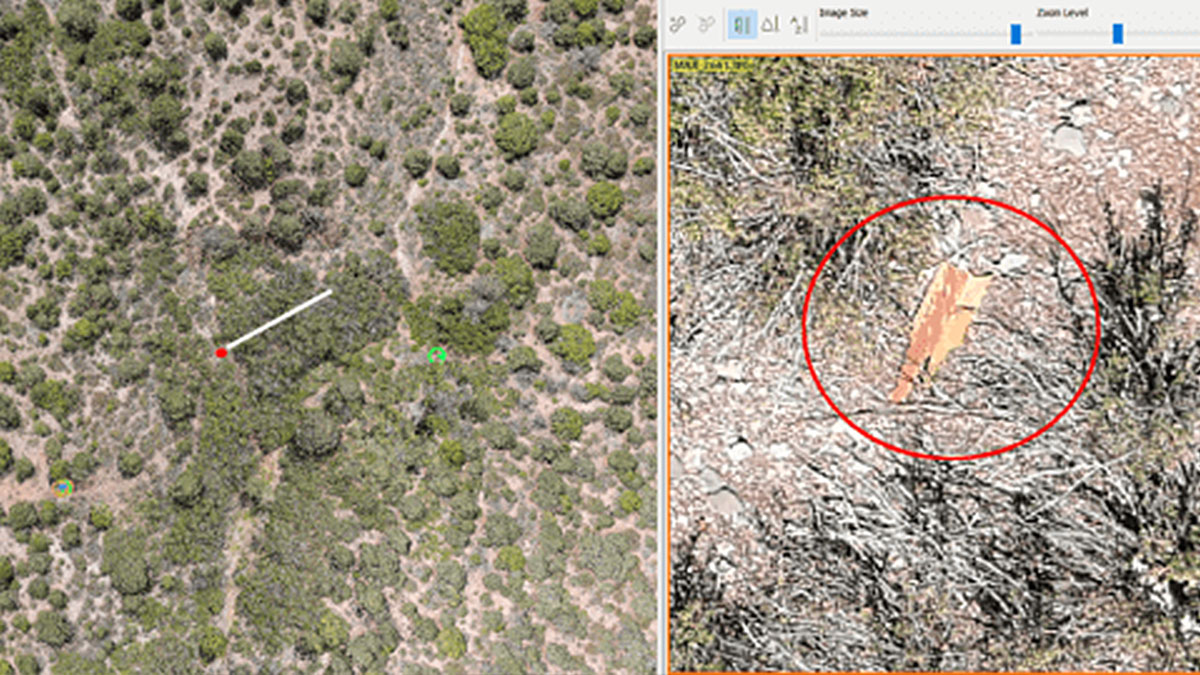 Specifically identifying debris according to color

As a result of their efforts, the crash investigators were provided with an unparalleled level of insight. Using computer-aided search, the investigators could filter areas of the point cloud to search according to color, which helped identify parts of the helicopter that had been scattered into random areas or canyons in the terrain, making them difficult to spot.

The original article behind this use case was written by SMG and is available on the SMG website.