September 13, 2018
To document vital evidence after an accident or at the scene of a crime, first responders need to act fast, even in challenging conditions.

With drone technology and Pix4Dmapper photogrammetry software, a scene can be investigated and documented in as little as 20 minutes in the right conditions – but challenging conditions can slow things down, potentially allowing vital information to be lost.

Lighting is one of the biggest challenges facing public safety personnel. Low or no light can mean blurry or too-dark images which may require color correcting or even lose vital data. Adding light with flashlights or standard floodlights can cast harsh shadows.

A recent demonstration during the InterDrone Conference offers an alternative. 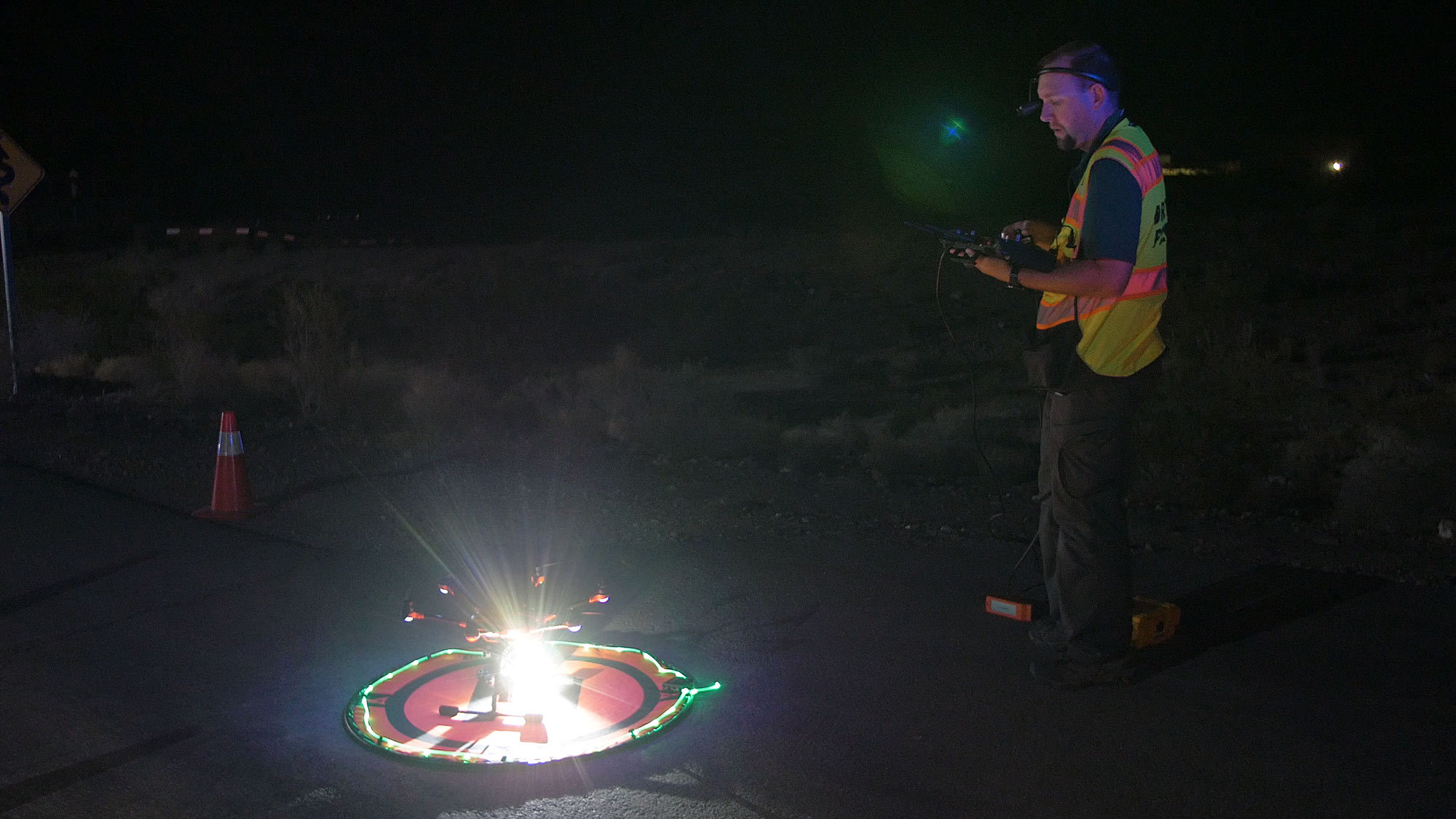 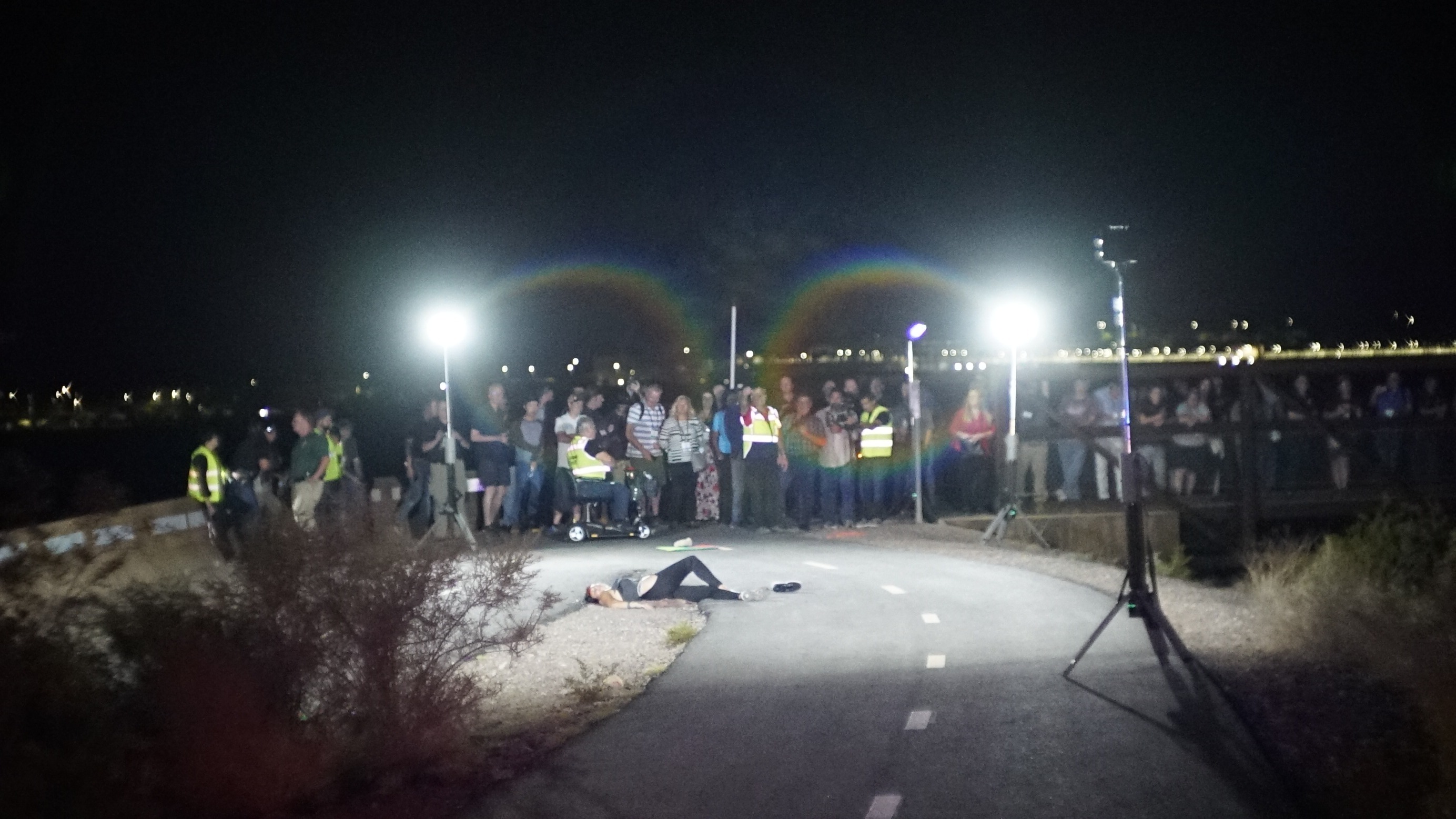 See every detail: capturing the scene is easier with lights attached to drones

Documenting a night crime scene with lights attached to drones

A lighting system, FoxFury Nomad Hi CRI, daylight-balanced lighting creates a no/low-shadow environment with accurate colors. This system can be mounted to many different drones, including the DJI Phantom, Inspire 1, Inspire 2, Matrice 200 series, and produce daylight-like light even on the darkest nights.

To set the scene, teams from FoxFury, Pix4D, Sundance Media Group (SMG), and the Nevada Drone Center of Excellence used actors, fake blood and bullet casings to create a realistic incident. The location did not have any lighting (or for that matter, any electricity to power floodlights). 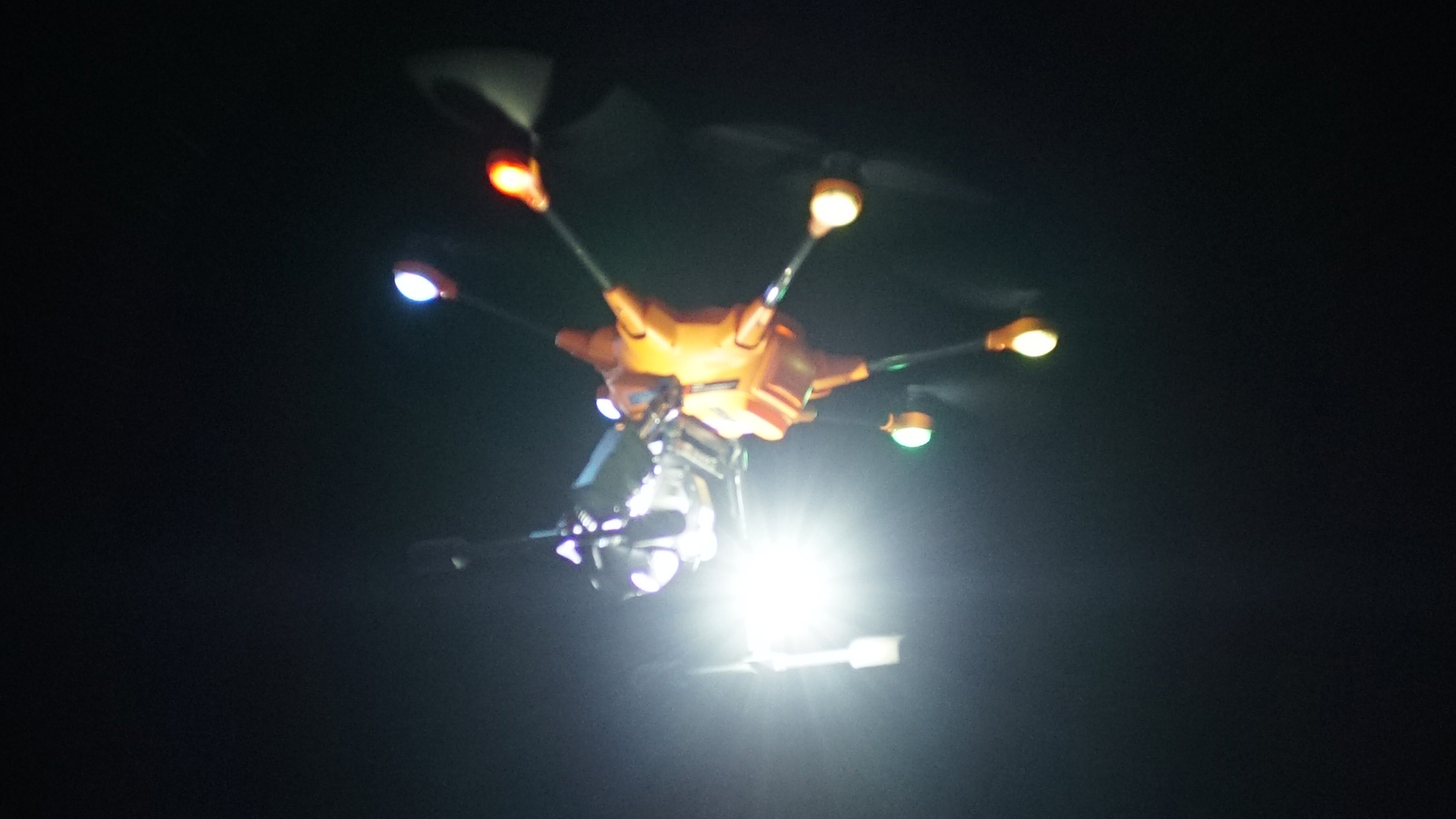 With specially-designed lights, drones can be used at night to capture images for evidence and investigation of a crime scene

“The images were then taken into the Sundance Media Group AVOC computers, where we assembled them as a low-resolution 2D file to verify all areas of the scene were adequately captured,” said Sam Pepple, of Pix4D. “Once verification and confirmation are complete, the scene may be released to the rest of the CSI team for standard investigation. Following the low-resolution verification, a high-resolution image was processed and evaluated by the team.” 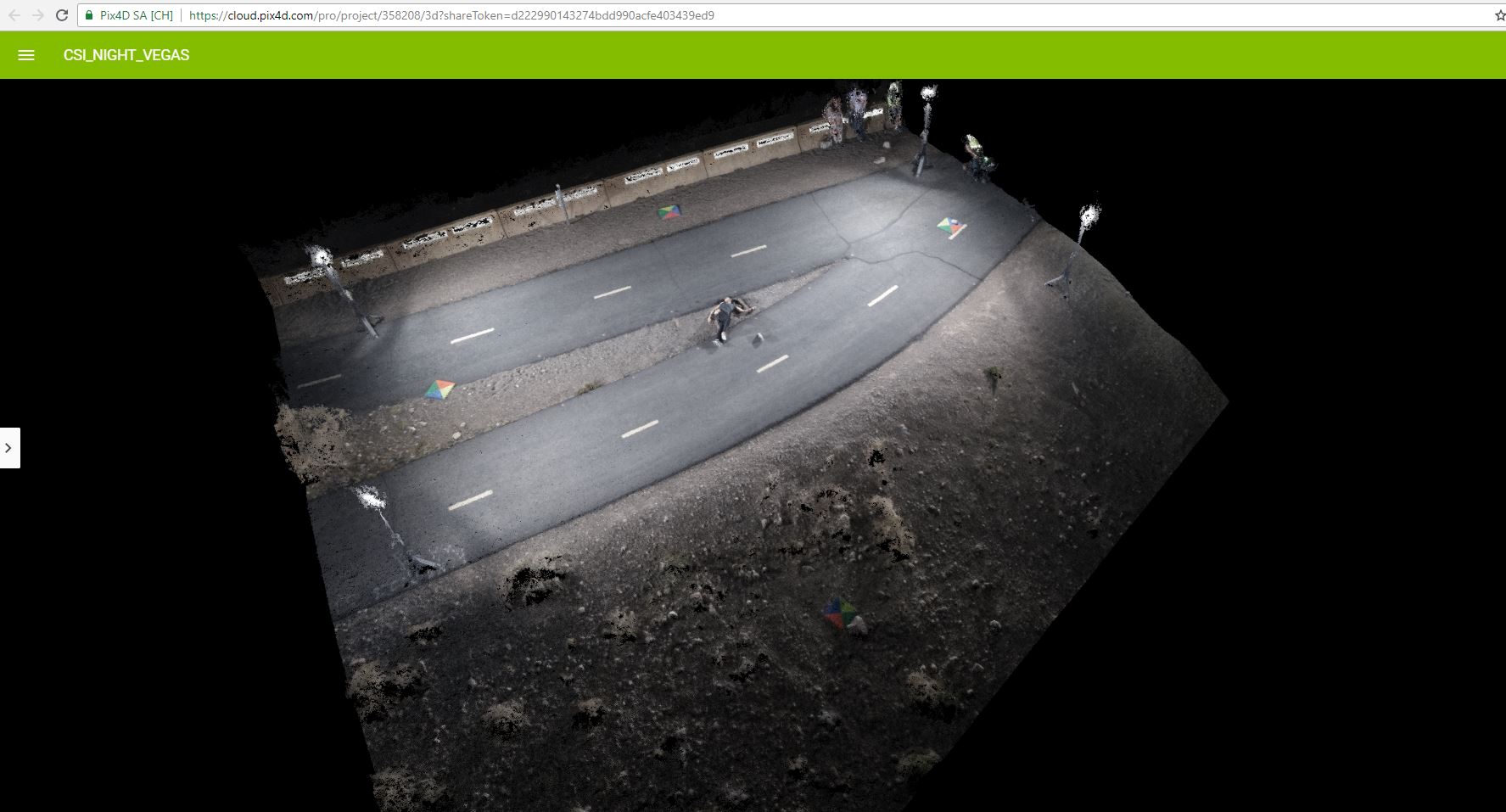 See for yourself: view the project in Pix4Dcloud.

Said Sam Pepple, “Pix4D is revolutionizing yet another domain, this time public safety.”

“Douglas Spotted Eagle and the whole Sundance Media Group really understand the issues facing public safety officials, and they work hand in glove to meet these needs. These great solutions seem effortless, but they come from their deep subject matter expertise and by having great relationships with all the best-in-class across the industries: from lighting, to drones, to photogrammetry with Pix4D.”

You can read more about the crime scene demonstration on the SMG blog.