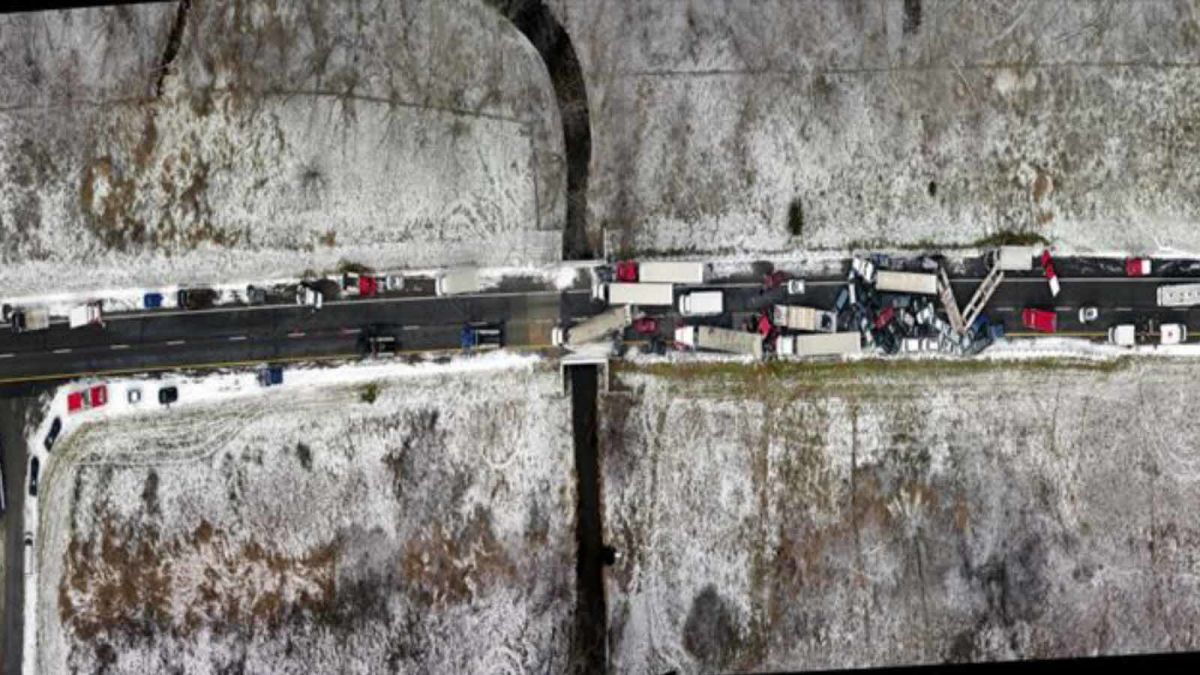 August 13, 2019
First responders know every event is unique: that’s why documentation is vital. Drone mapping can make a real difference after an emergency.

From accurate measurements (which may be challenged in court) to reenactments that could save lives in the future, photogrammetry and drone mapping technology is being used in emergency situations around the world.

Two public safety experts joined Pix4D in a webinar to discuss their experiences with drone mapping, photogrammetry and public safety.

Drone mapping and photogrammetry for public safety is used by local, state and federal agencies around the world.

The majority of our public safety users use Pix4D for crash reconstruction and crime scene investigation. Yet emergency responders have seen the value of drone mapping for human displacement, fire investigation, water rescue, earthquake response, event management and more.

Two such users are Mark Johnson and Walter Chomentowski.

Mark Johnson is the Founder and President of Visual Law Group. Having handled legal cases in every US state (with the exception of Vermont and Delaware), Johnson has a wealth of knowledge about the evidence the courts need. In our Drones for Public Safety webinar, Johnson shares tips on finding accurate crash measurements in traffic accidents, plus answers questions about the admissibility of drone data in court, and creating animations and videos from the data.

In his role with the Michigan State Police, Walter Chomentowski helped ‘bootstrap’ a UAS (Unmanned Aerial System), flying more than 300 missions between 2015 and 2017, including a fugitive search. In the webinar, Chomentowski also speaks to privacy and legal considerations when using a drone for police work, and emphasizes that documentation and approval are always essential. He highlights the exact workflow used by the UAS team to get the results while adhering to the law.

All the use cases in this post are also discussed in our webinar about drones and public safety.

Keep reading, or watch the webinar on demand for free!

An animated reenactment of a tragedy

After checking the weather forecast every diving and snorkeling tour operator on Maui, Hawaii cancelled their cruises: except one.

Not deterred by the predicted tropical storm, six divers and six snorkelers went out. With an hour, 12-foot waves were buffeting the small dive boat. One snorkeler never came home.

As evidence in the maritime wrongful death suit which followed, Johnson created an animation that showed the environment - and weather - around the tragedy.

The most up-to-date survey of the place where the drowning occurred was from 1883. 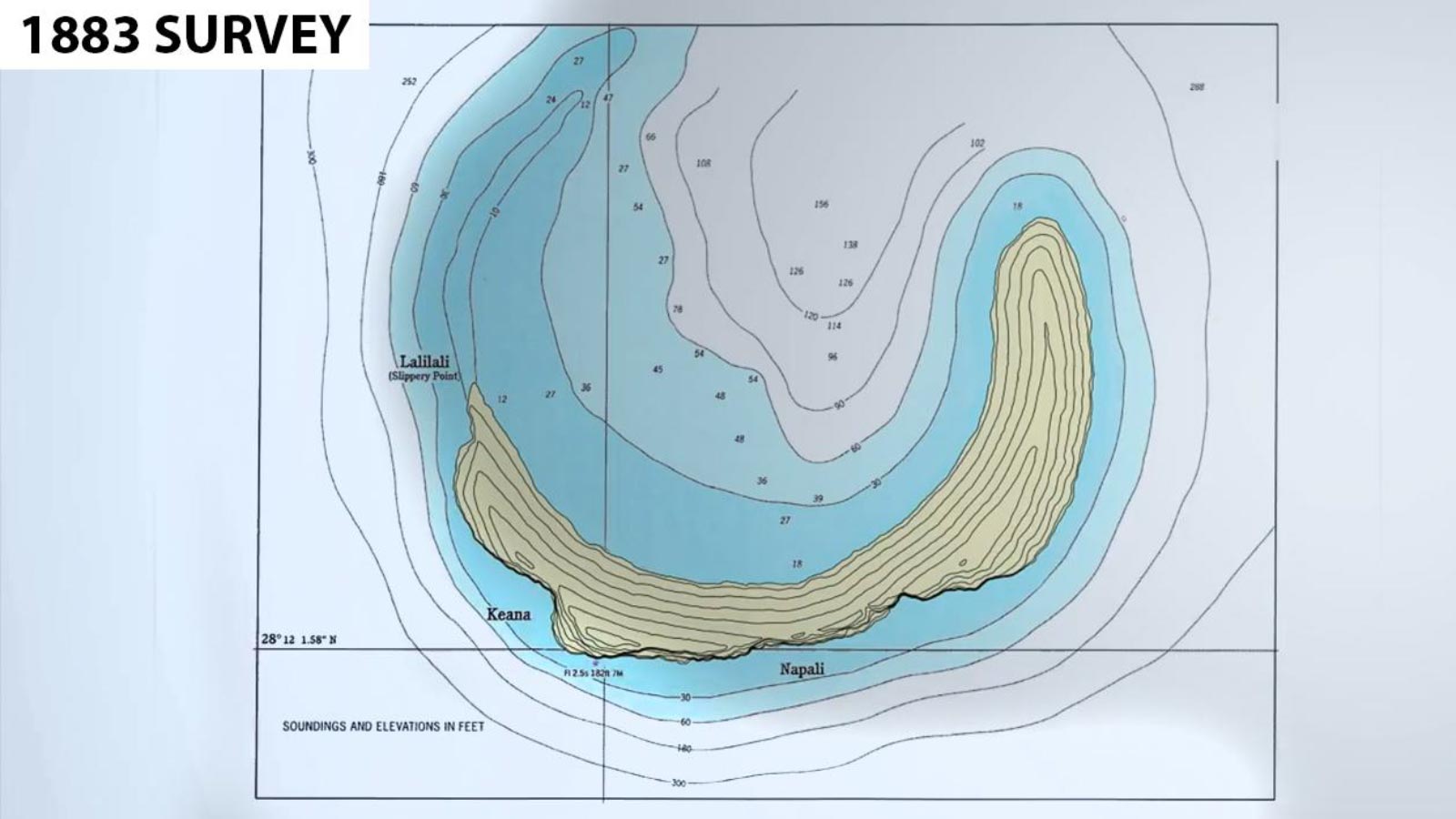 An 1883 survey of the area where the drowning occurred

Not to be deterred, Johnson flew to Hawaiʻi, rented a boat, and captured images, flying a grid pattern with heavy overlap.

“We couldn’t have done this without Pix4D,” says Johnson. “The data just wasn’t available. But in 45 minutes of flying I was able to produce the accurate data we used for this case.”

Johnson worked with the University of Hawaii to accurately model ocean and weather conditions. The animated wave pattern showed the waves tossing the small vessel.

An animation was created in by overlaying elements onto the Pix4D mesh in third-party programs.

The simulation accurately demonstrated the worsening conditions which led to the tragedy, and was admitted as evidence in court. The animated reenactment illustrated the incident much more clearly than a weather report ever could.

In the past two decades, cameras have become ubiquitous. From CCTV, to smartphones, more and more of the world is being recorded. Police body worn cameras offer a first-person view of a police shooting.

With the footage from the body cams and drone imagery, Johnson was able to reconstruct a police shooting incident, and trace who fired shots where. 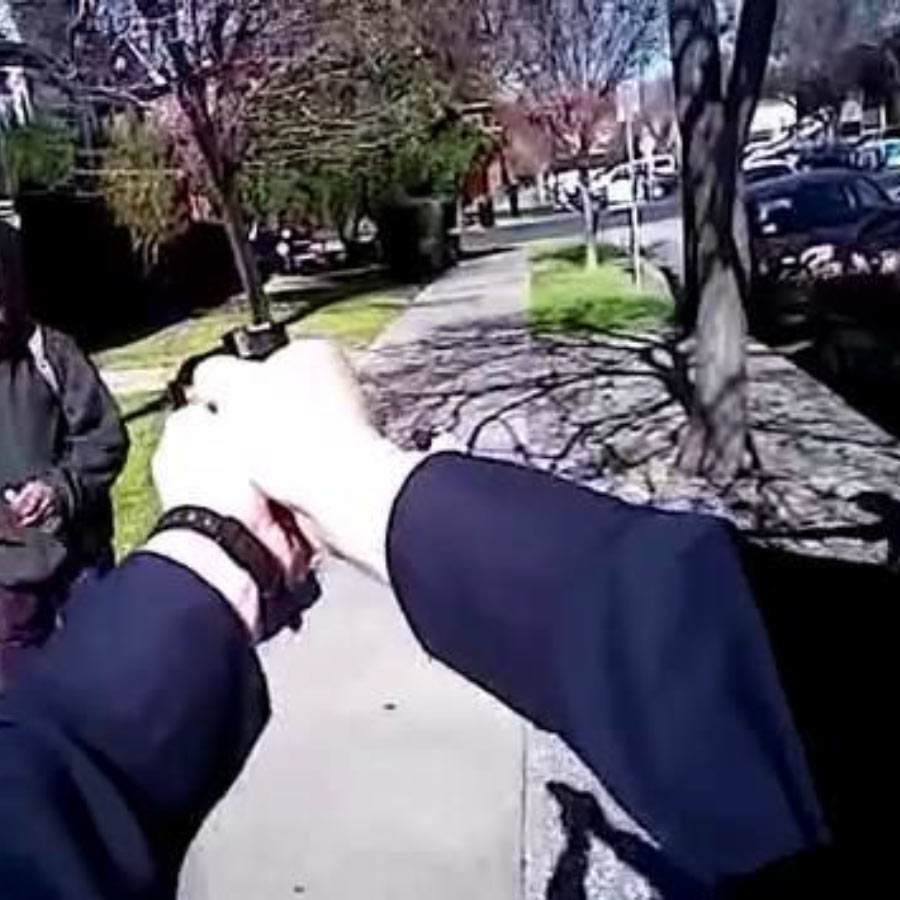 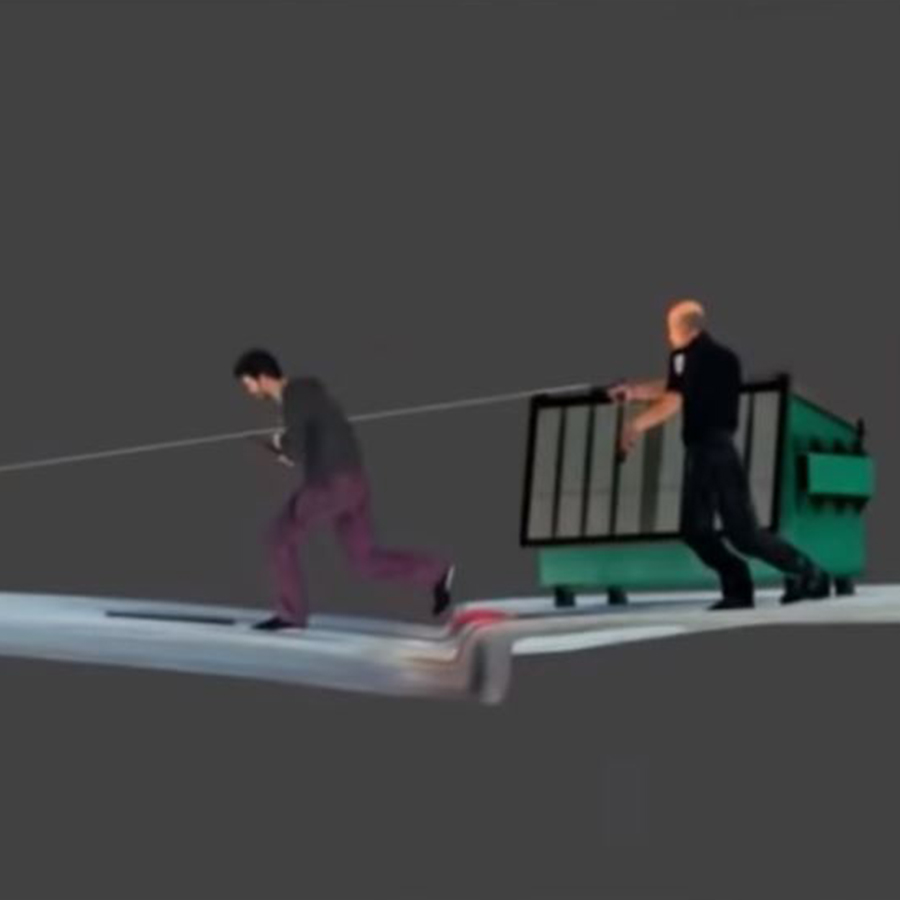 One sunny afternoon, two officers confronted a suspect. First the officers used a taser. Then shots were fired.

The shaky body cam video footage didn’t tell the complete story. By reconstructing the scene from body-worn camera and drone images, Johnson was able to show the full picture of that afternoon.

Pix4Dmapper is hardware agnostic, meaning that it can use images from any camera, including a body cam. It’s possible to import video footage: the files are automatically broken down into individual stills and processed in the same way as any other dataset. ‘Videogrammetry’ is part of the workflow on some major construction sites, and has even been used underwater.

To ensure accurate results, Johnson calibrated the camera, by measuring paper targets in a controlled environment. This step turned out to be essential as - not uncommonly - the information supplied by the camera manufacturer was “completely wrong.” 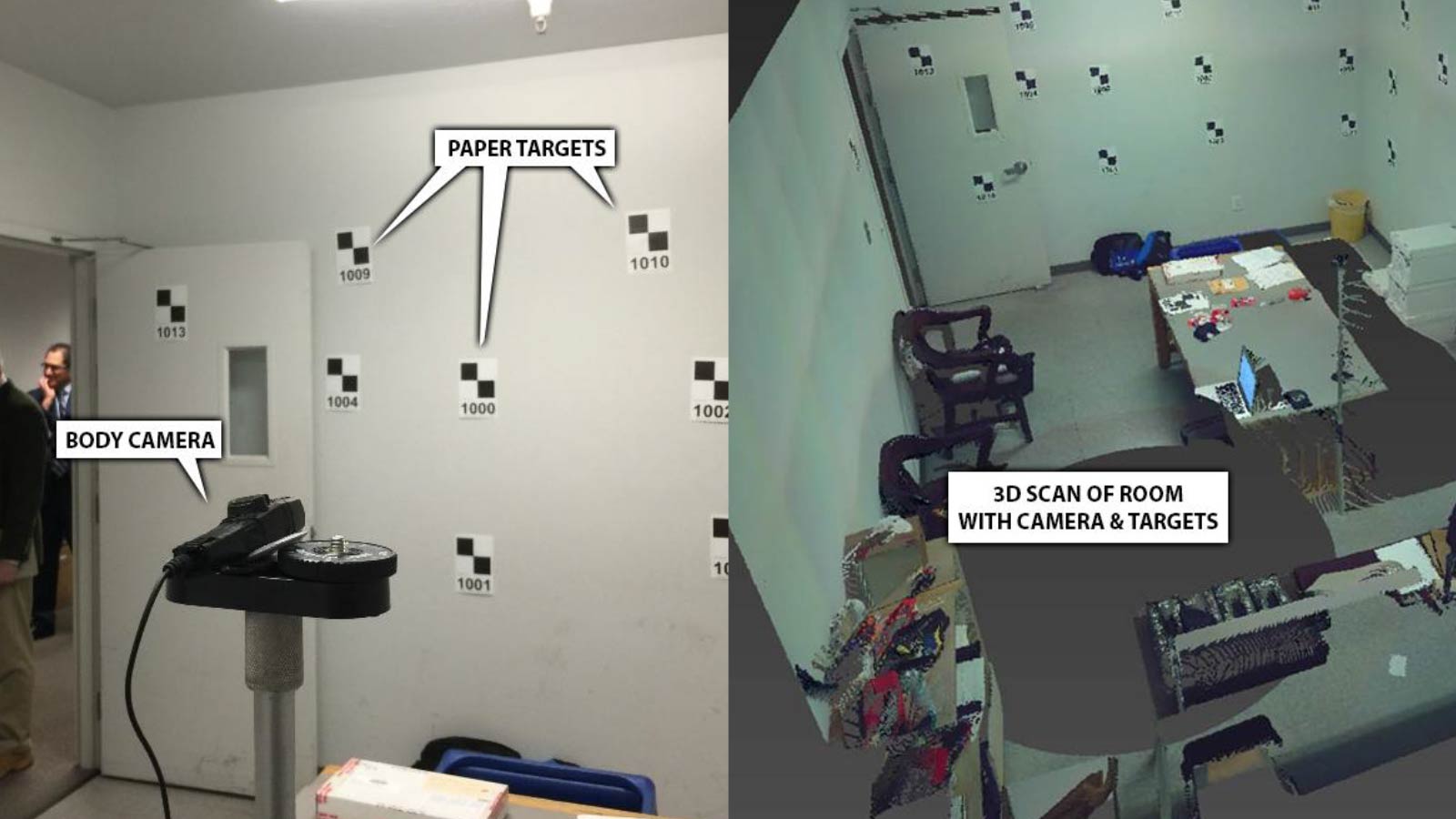 Calibrating the camera in a controlled environment with a laser scanner

Once Johnson and the team had created a virtual camera which matched the actual camera, they were able to import the data to Pix4Dmapper and merge it with a 3D mesh of the scene. 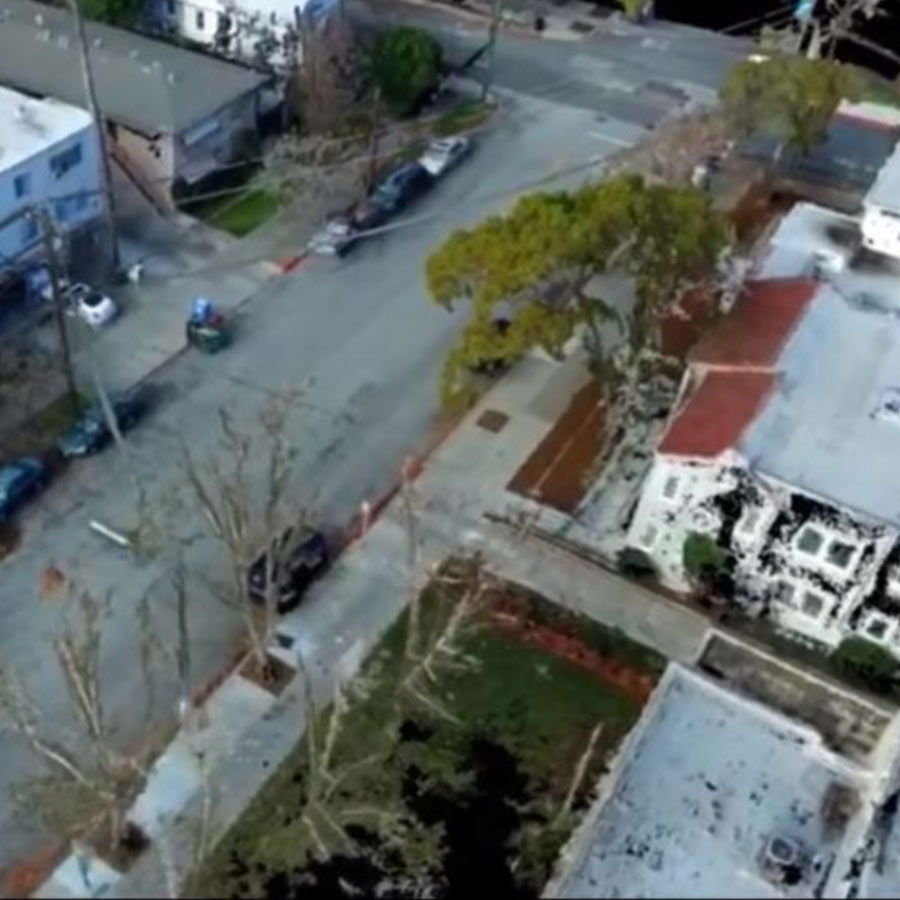 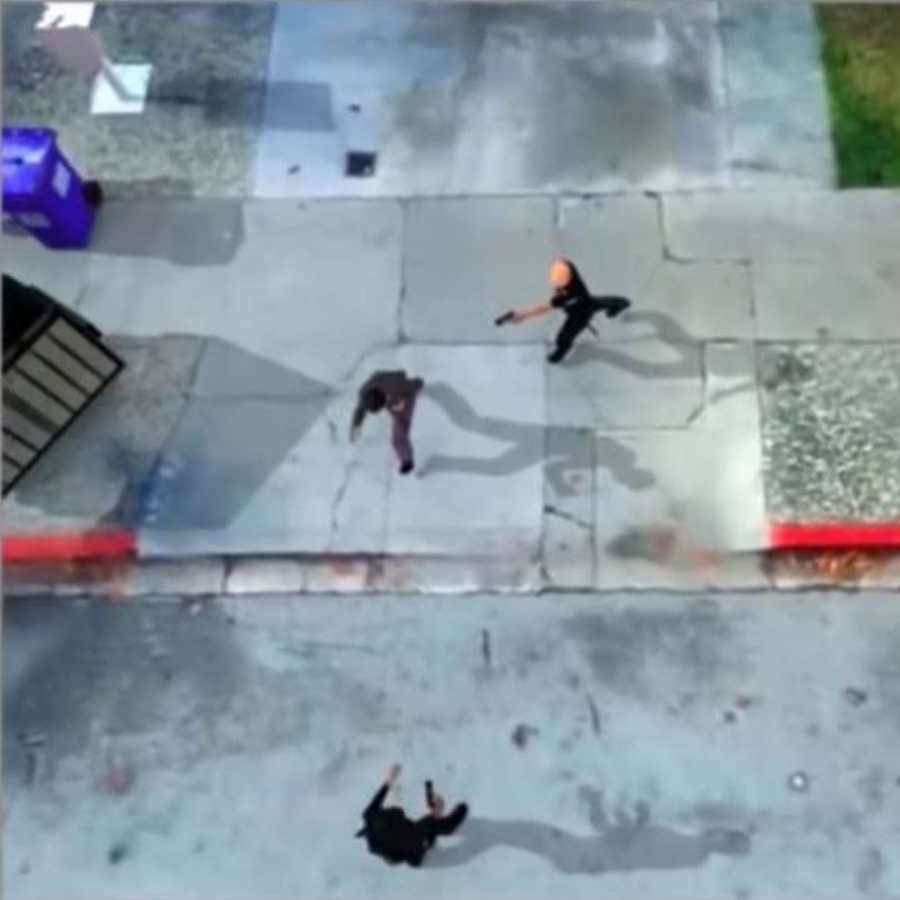 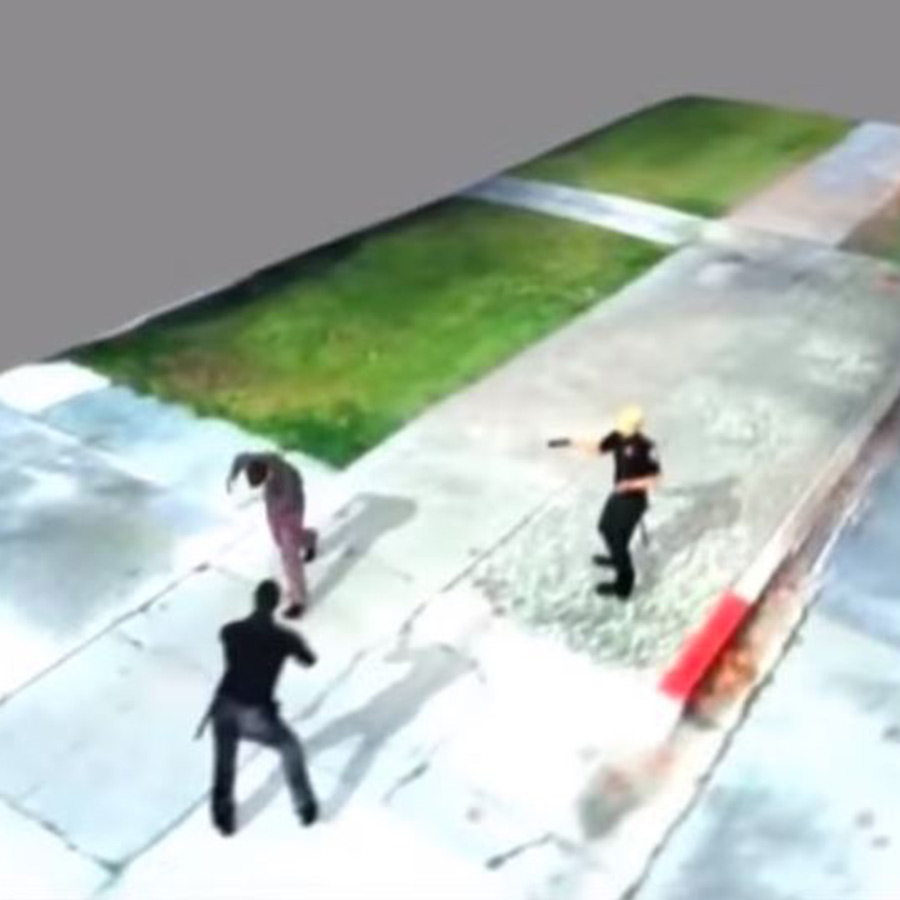 The Michigan State Police have flown over 300 missions in support of federal, state and local law enforcement. The MSP has a mandate to respond to critical incidents, natural disasters, and accidents, and document crime and fire scenes. The majority of their missions are traffic crashes, crime scenes and fire investigation.

Seldom do they have to respond to a scene as large as a 53 vehicle pileup.

A snow squall and black ice turned a two-car incident into a massive pileup. Walter Chomentowski was one of the responders from around 20 different agencies. 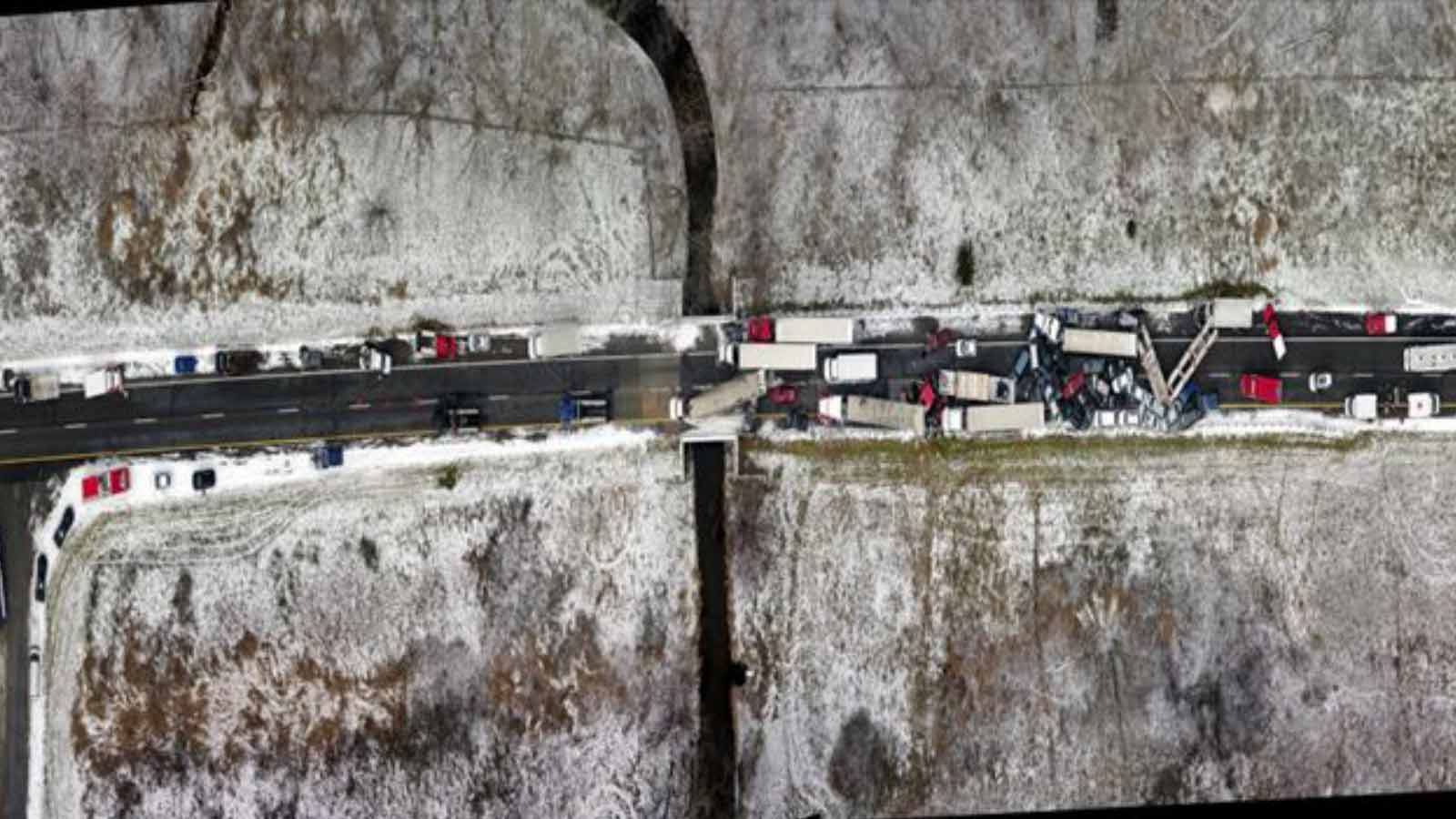 Orthomosaic of the 53 car pileup in Michigan, USA

The crash covered several hundred meters. At least nine semi trailers were also caught in the accident. Three people were killed, and 11 were hospitalized with injuries.

As teams worked to help survivors and clear the area, a drone looked on from above. 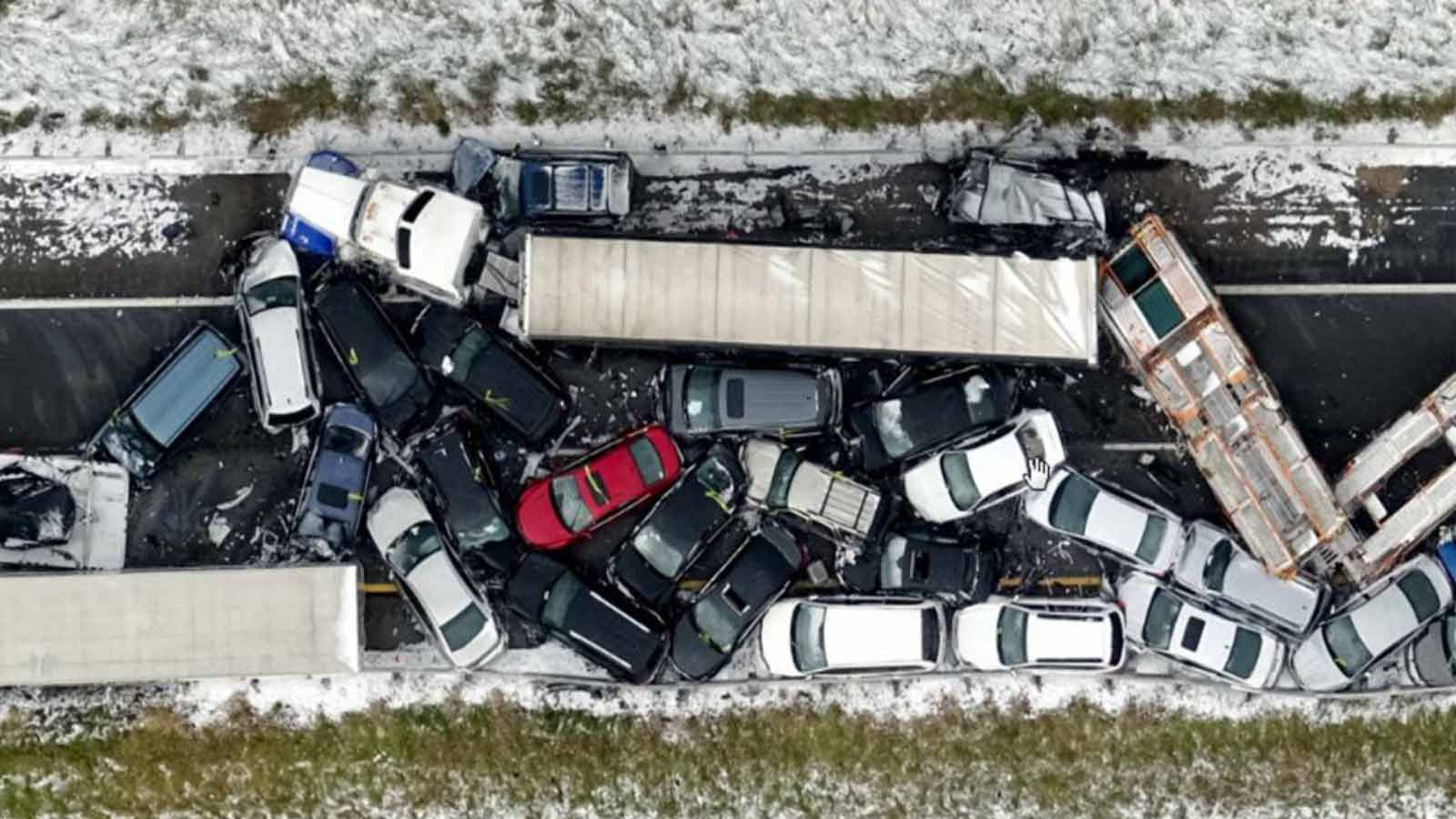 With a GSD (ground sampling distance) of just half an inch, the documentation was ideal for insurance claims - and investigation to help authorities avoid similar accidents in the future. As we discussed with Aerial Metrics, drones and aerial mapping are becoming the go-to solution for crash reconstruction and investigation.

While crimes and accidents can have long lasting effects on the victims and their families, often the evidence they leave behind disappears all too soon.

Crime scenes can be disrupted inadvertently by passersby. Streets must be cleared so traffic can keep flowing. Notes and measurements may be rushed or incomplete.

Flying a drone above the scene can prevent vital information from being lost.

After a violent incident spilled onto a quiet suburban street, police were called. A familiar scene played out as yellow incident markers were placed on the cracked footpath, and measurements were taken and recorded by hand. Then the responders launched something new: a drone equipped with RTK GPS. 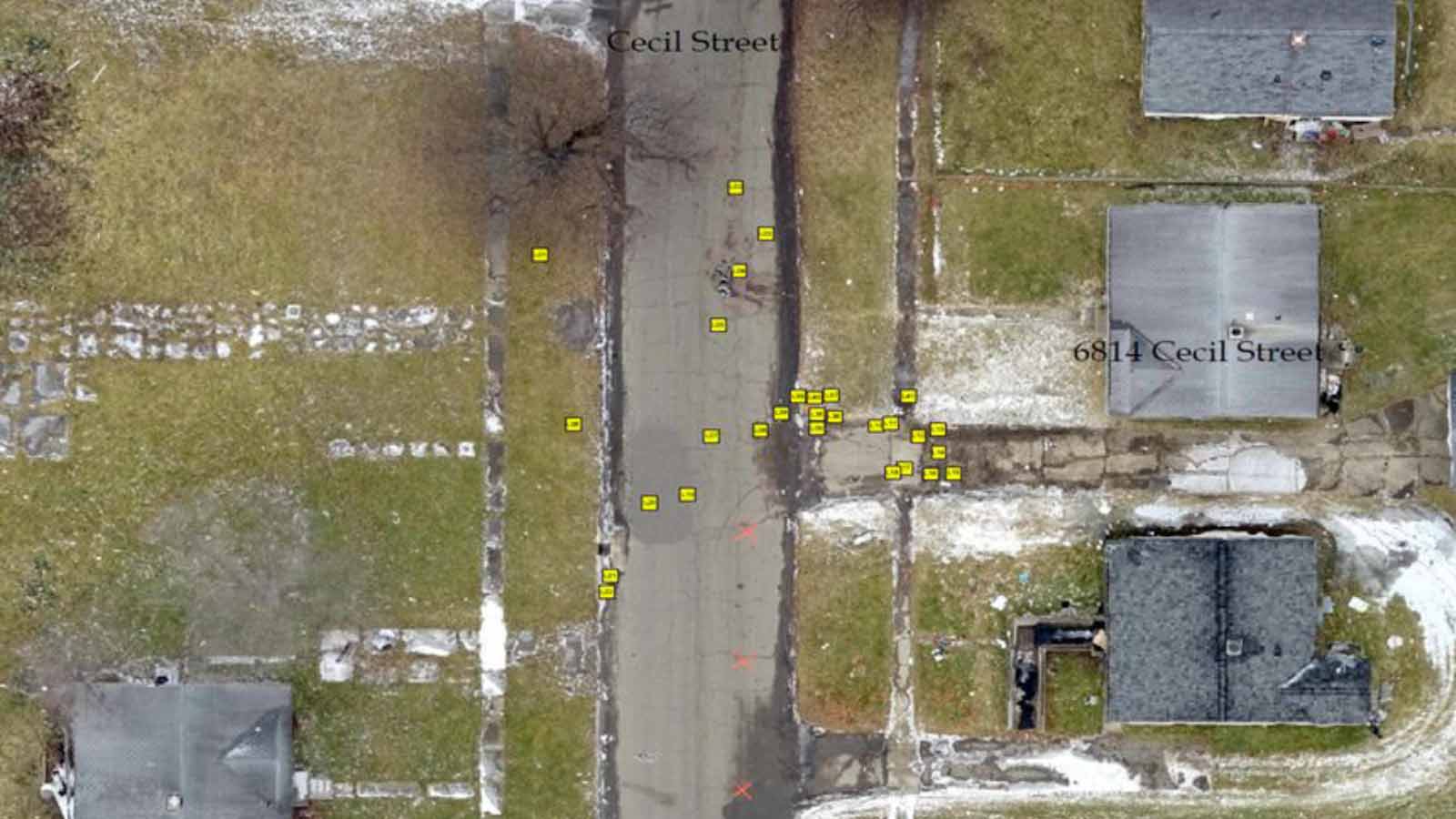 The exact location of each piece of evidence was marked with GPS, and imported into the Pix4Dmapper project as an annotation.

Officers investigating the case had access to all the information, plus could accurately measure distances within the project, long after the crime scene had returned to normal.

Watch the Drone Mapping for Public Safety webinar on demand 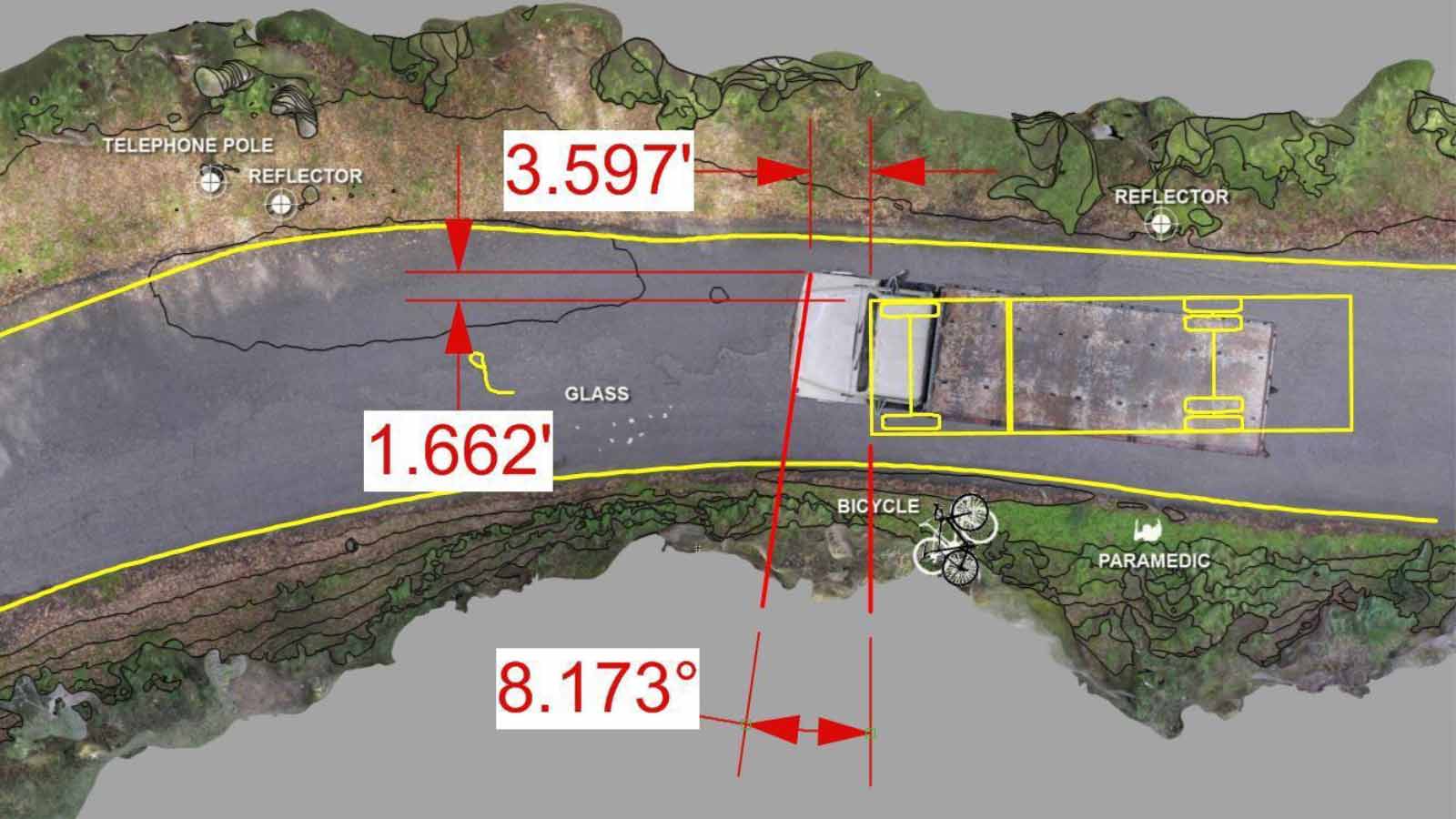 Evidence collected by drone was a “game-changer in the case”

Plus, the panel answered questions from the audience and discussed ideal collection methods including ground control points and RTK GPS.

Chomentowski also discusses setting up a state-wide drone program, and gives an example of the workflow and the force-multiplying capability of a custom downlink truck.

These use cases demonstrate the power of drone mapping for public safety and emergency response.

And there’s more to come.

Sign up for our public safety and emergency response newsletter 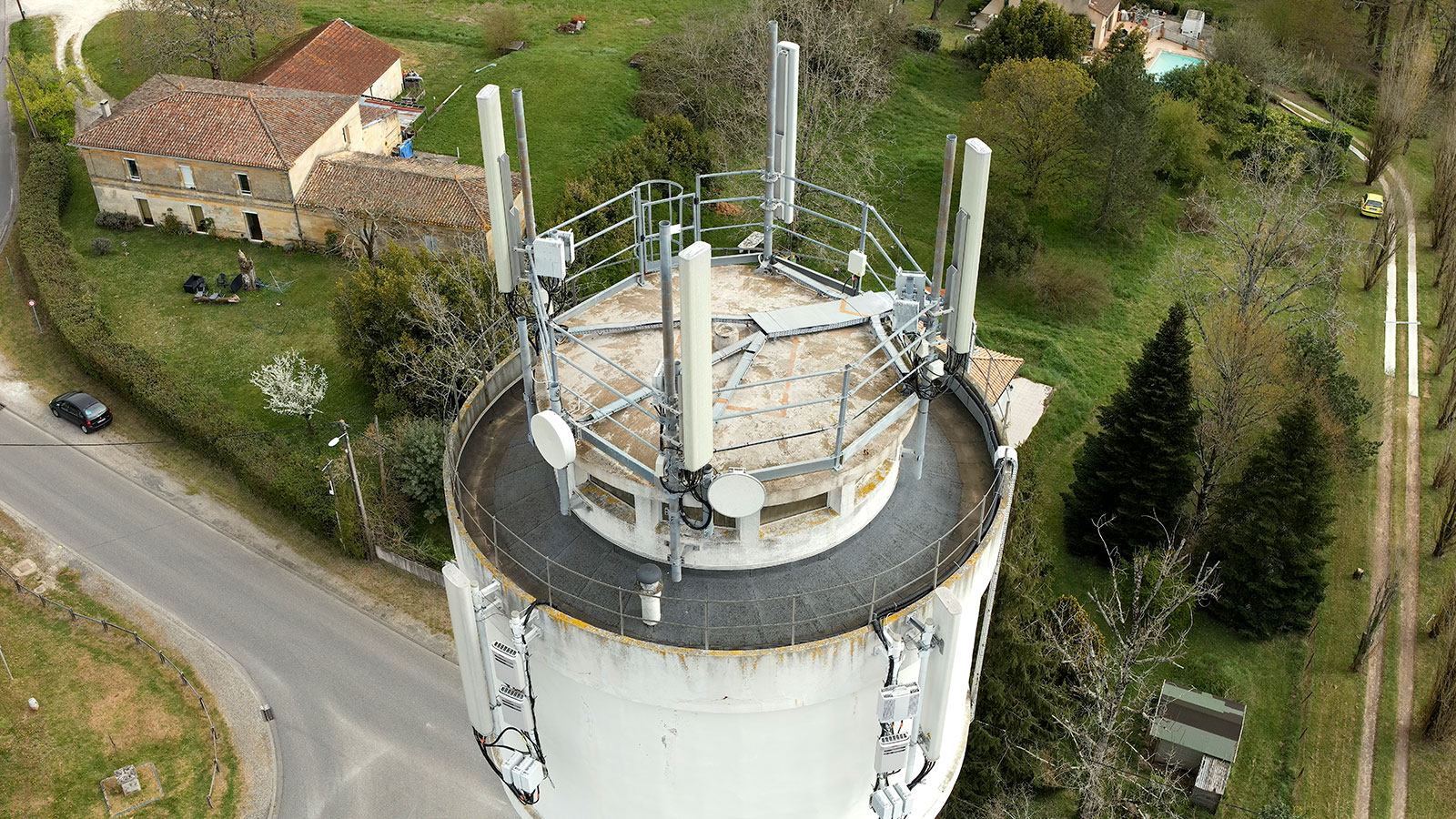