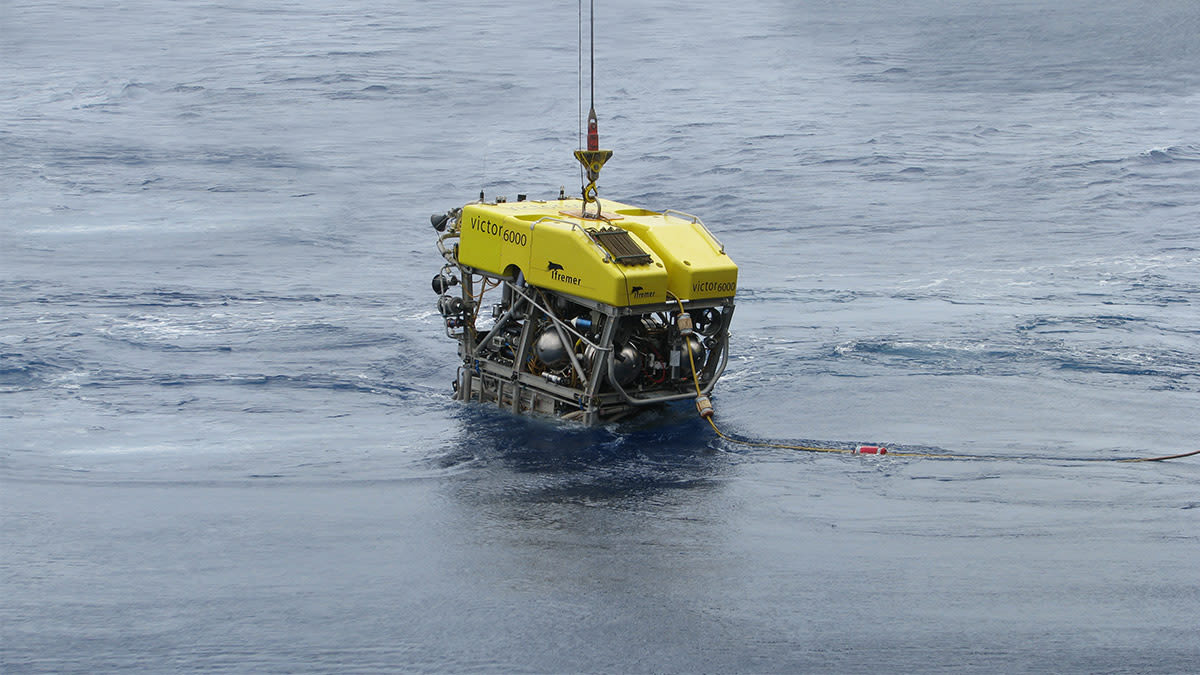 Mapping the seabed with underwater videogrammetry

May 22, 2019
3,000 meters underwater, an ecosystem is seen for the first time. A team of researchers created a 3D model to study and protect it.
Download PDF

The world beneath the sea is more complex than most of us could ever imagine. The warm water around hydrothermal vent fields are home to exotic fauna, with flourishing micro-climates measured in centimeters.

The seabed is one of the last places on earth which is relatively untouched by humans. The International Seabed Authority (ISA) who is charged with protecting the seafloor and managing deep sea mining activities, has recently issued licenses for exploration purposes.

Thermal vents are a good indicator of marine massive sulphide deposits - meaning these small scale environments are of interest to scientists and commercial entities alike. 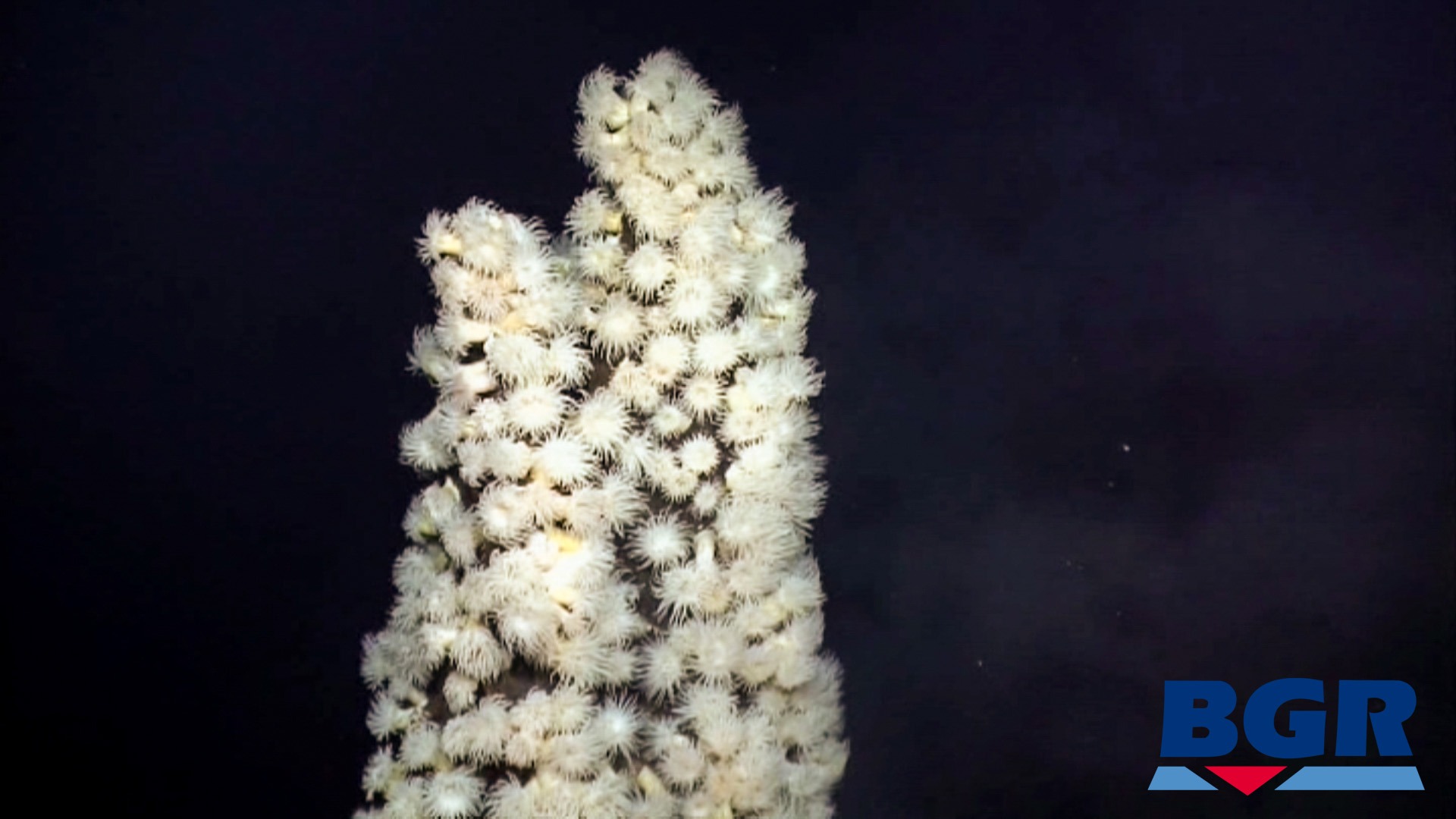 Before the environment can be protected, it must be studied.

A small team from the Senckenberg Institute, Germany, led by Klaas Gerdes, on behalf of and supported by the Federal Institute for Geosciences and Natural Resources (BGR) used a small ROV (remotely operated vehicle - a layperson might call it a 'submarine') 3,659 meters underwater to map the fauna living around a hydrothermal vent with videogrammetry and Pix4Dmapper.

Their goal: to map the fauna living on the thermal vents, and take a baseline of a pristine environment before any potential mineral exploitation takes place.

Structure from motion: a deep dive into videogrammetry

Photogrammetry, or structure from motion, is the science and art of reconstructing the real world in 3D from images. Videogrammetry is a subset of the discipline which uses videos instead of images. Its advantages include a high image overlap by default, and faster processing thanks to the relatively small file size.

Videogrammetry is used successfully on construction sites. But Gerdes and the team were interested in going deep.

While underwater photogrammetry has been successfully used to map coral reefs, it is not well suited to thermal vents. The authors of previous studies admit that still photos are not the best way to reach these small, dynamic areas. Videogrammetry offers a new way of working.

Videos are non-invasive, cost effective and the structure from motion technique can be used with any video. It may even be possible to use video which was not taken with 3D modeling in mind, although for best results the camera should be calibrated and image acquisition guidelines followed.

The project had a number of goals. Firstly, the team wanted to study the environment around the thermal vents which could be used as a baseline for prospective monitoring and management of the seafloor.

This involved creating a 3D reconstruction and counting the tens of thousands of individual creatures that call the vent fields home.

A second objective was to create a predictive model which could estimate the life around similar vents, allowing the work to be extrapolated with minimal additional investment. Gerdes and the team hoped this could be used to detect suitable areas for Marine Protected areas on larger spatial scales. 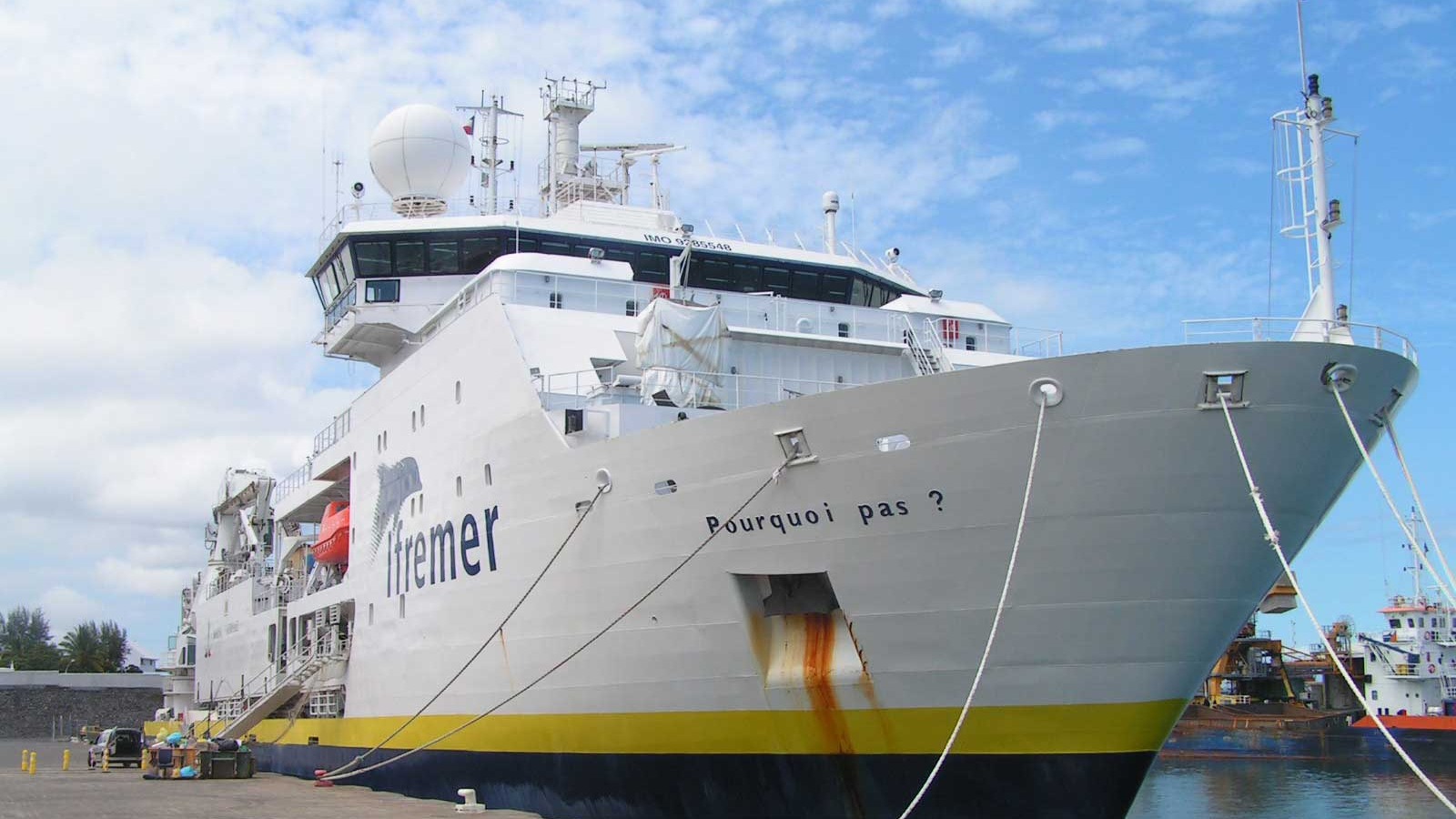 Underwater hydrothermal vents are fissures on the seafloor which seep geothermally heated fluid, enriching the environment around them.

It consists of clusters of ‘chimneys’ ranging from centimeters to several meters in height, sloping to the sea floor. Vents are indicated by black smoke or shimmering water and dense growths of fauna.

Gerdes joined the crew of the French research vessel Pourquoi pas? for an expedition to the Indian Ocean. 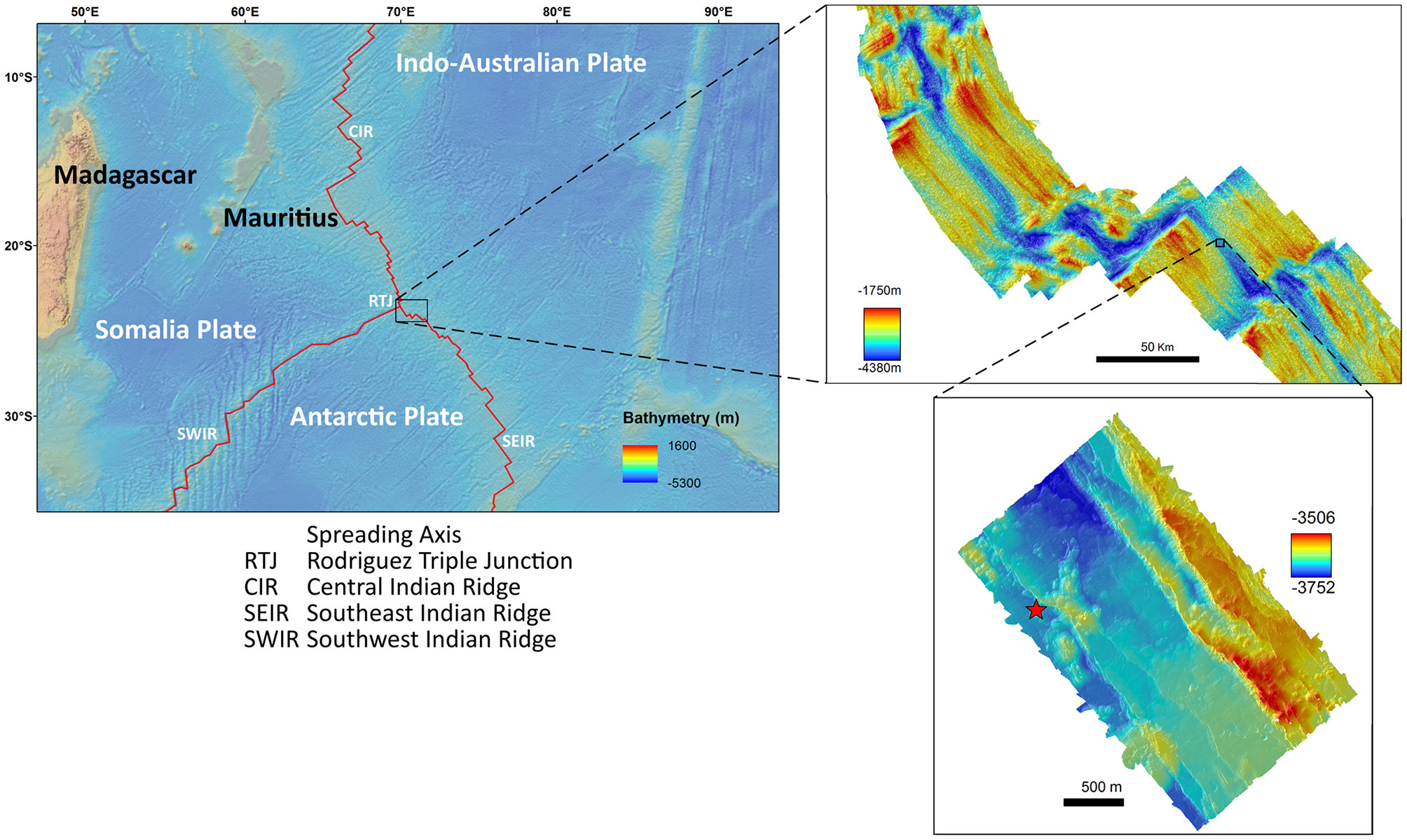 The Southeastern Indian Ridge in the Indian Ocean - 26° 09’S, 71° 26’E
The ROV (remotely operated underwater vehicle) Victor 6000 was launched from the deck and dove more than 3,000 meters beneath the surface as the specialists of the IFREMER team piloted the ROV from the control room of the Pourquoi pas?. 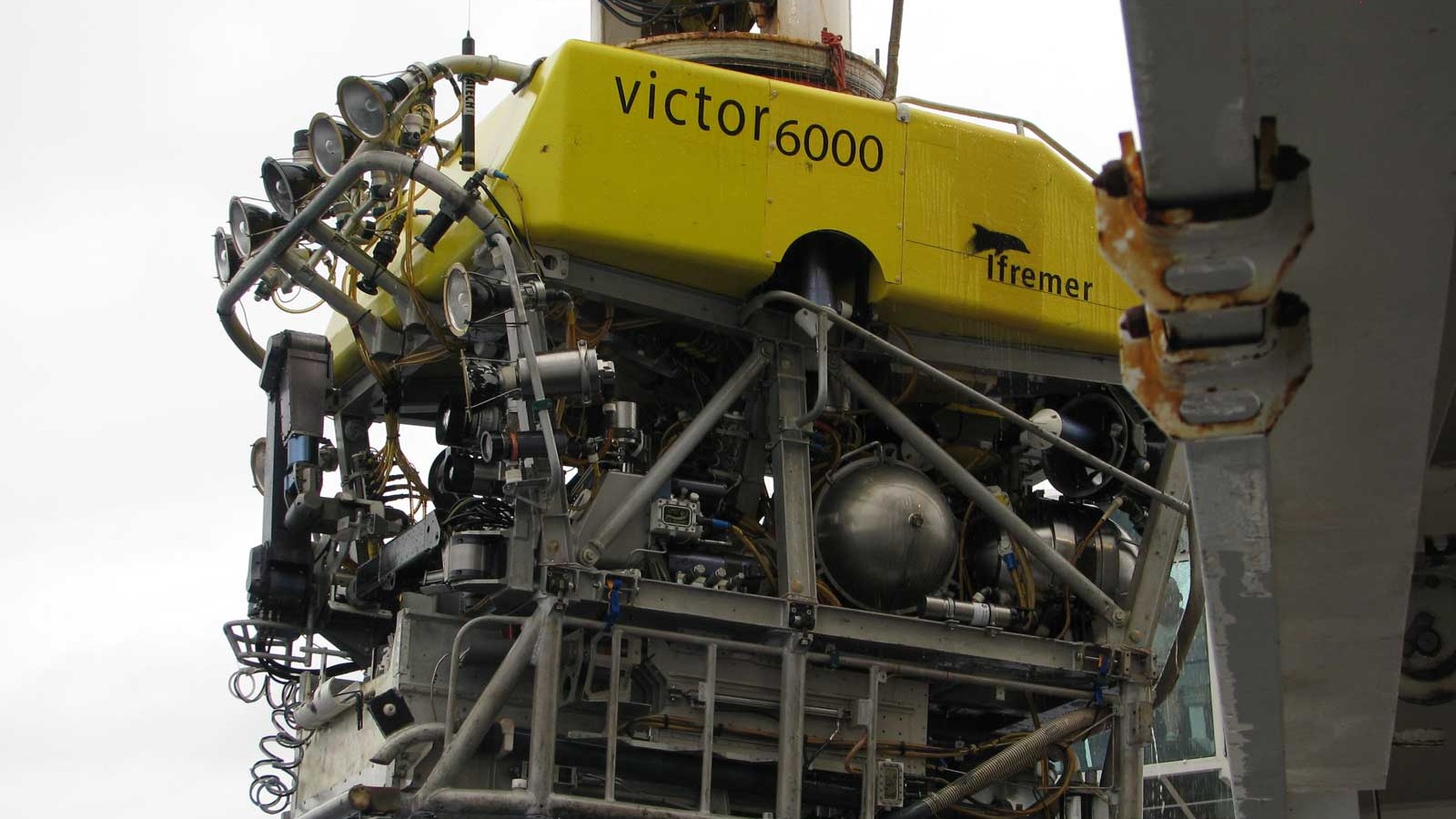 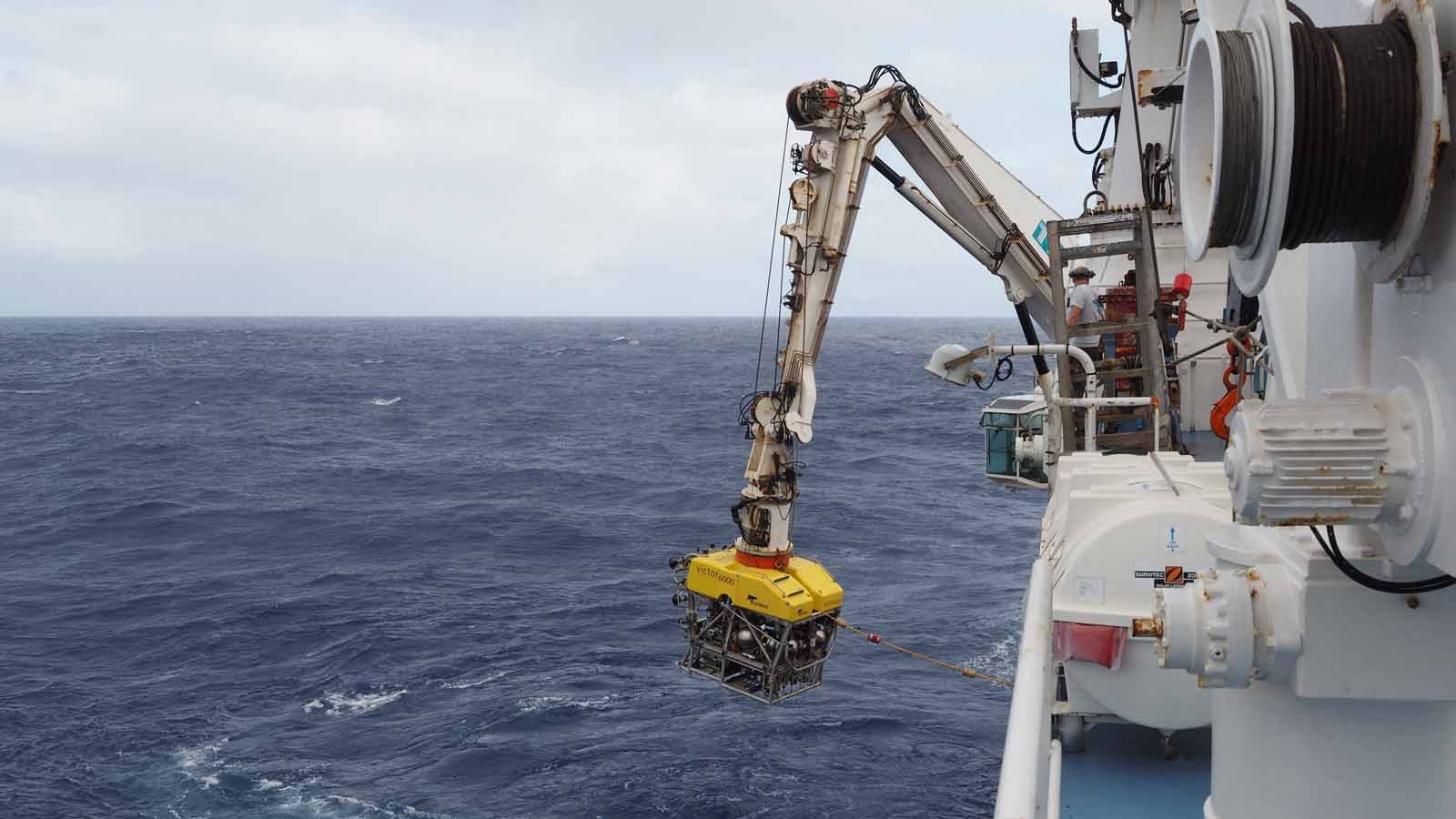 The ROV Victor 6000 being lowered into the water

The Victor navigated to the shimmering waters of the thermal vent field on the ocean floor.

The objective: to capture every detail of the the 346m² area on video. The Victor slid slowly through the field, at no more than 0.2 knots (10cm per second) as the camera shot 25 frames per second.

Every effort was made to keep the ROV a consistent distance from the chimney walls. Every movement - including the depth, the pitch and roll - were logged each second using an Ultra Short Base Line System (USBL - a method of underwater acoustic positioning).

The fixed HD 3-CCD camera positioned at the front of the Victor is bookended by a pair of lasers fixed 10cm apart. The narrow laser beams were visible in the frame grabs and used to optimize scaling. To pierce the darkness, a total of eight floodlights gave off a combined 5 kW of light.

Back in the mission center of the Pourquoi pas?, the positioning data was smoothed and misallocated positions removed from the dataset. A GPS position was added for each second of footage.

A digital twin in Pix4Dmapper

Gerdes and the team loaded the video into Pix4Dmapper. Pix4D automatically extracted frames from the video and the team were able to process the project as normal.

It wasn’t Gerdes first time using Pix4Dmapper. As members of a research institution, The Senckenberg Institute team was able to access the technology at a reduced rate thanks to Pix4D’s educational licensing scheme.

They developed a workflow that can be used by other researchers or even commercial interests working with underwater inspections. 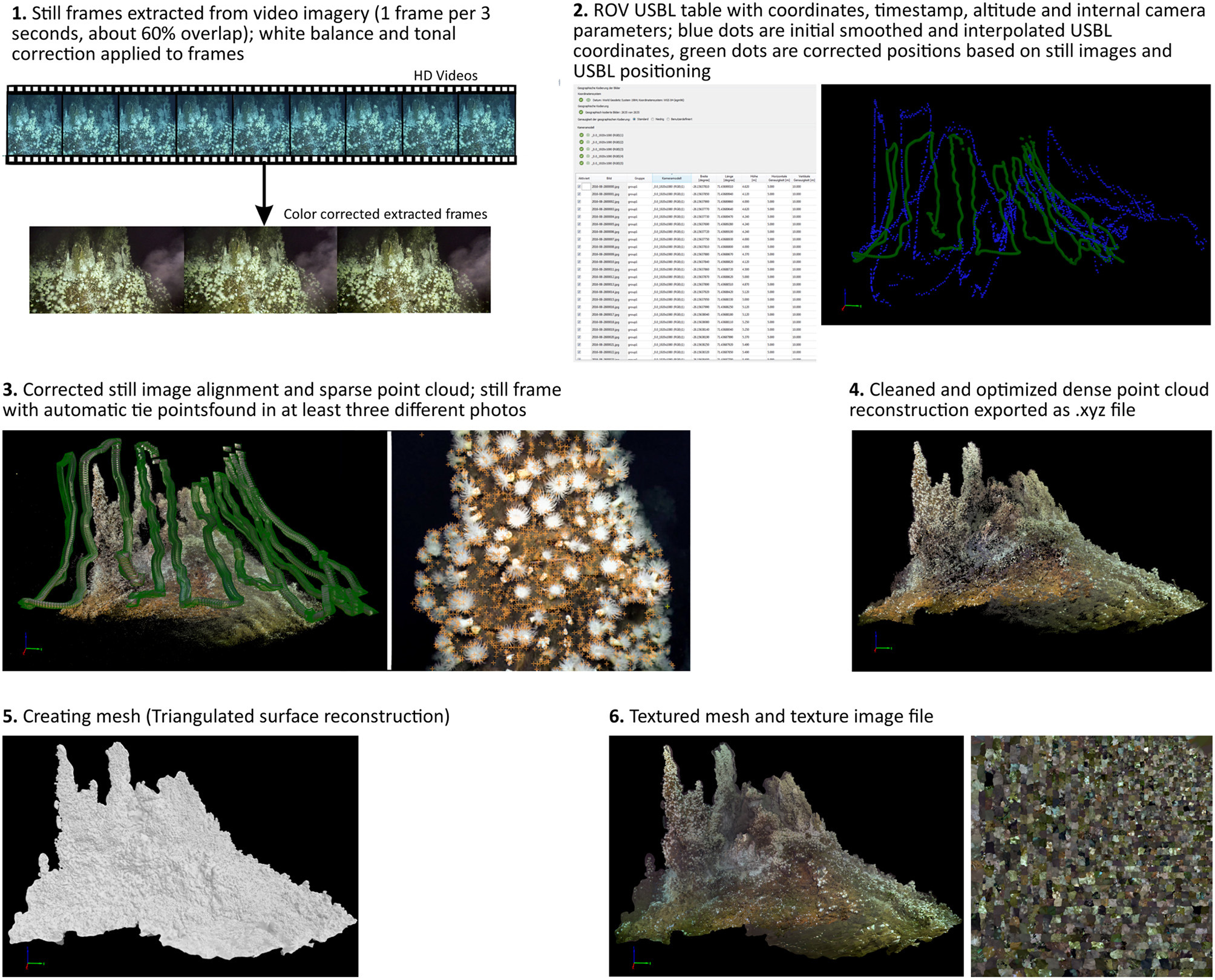 Workflow of videogrammetry reconstruction in Pix4Dmapper 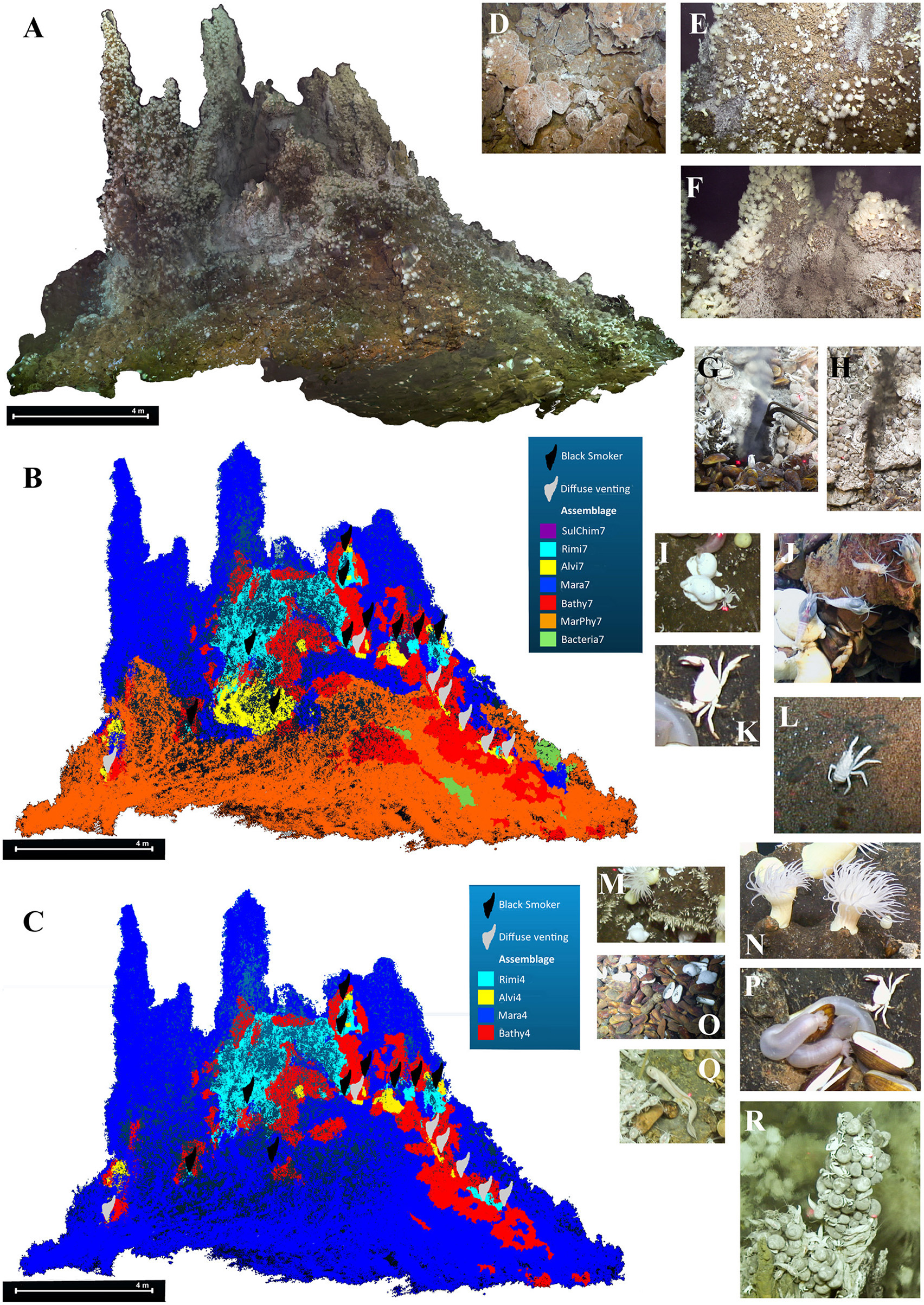 Some of the fauna living on the underwater thermal vent

The quick-moving Rimicaris kairei (a kind of shrimp which is only found around thermal vents) showed up as grey dots on the model. Still, the high overlap ensured good quality results, as the team were able to focus on the clearest images. The results were cross-checked by experienced marine biologists.

Now that the team understood the life on the vent field, they needed to move onto the next goal: seeing if the data could be extrapolated to other areas.

Third-party open-source software was used to define and calculate the terrain descriptors such as distance from the vent, aspect (the compass direction of a surface), slope, roughness and curvature of the reconstructed model.

While the vent’s warm waters are what attracts creatures to the area, the terrain itself - its roughness, slope and aspect - are more important for the fauna than the vent itself. For example, filter-feeders such as corals and sponges flourish on steep, exposed slopes.

Therefore, by modeling the vent against the fauna found there, the team was able to create a predictive model.

When the formula was tested against the reconstructed thermal vent, the researchers found it predicted the fauna with an accuracy of 84.97%. 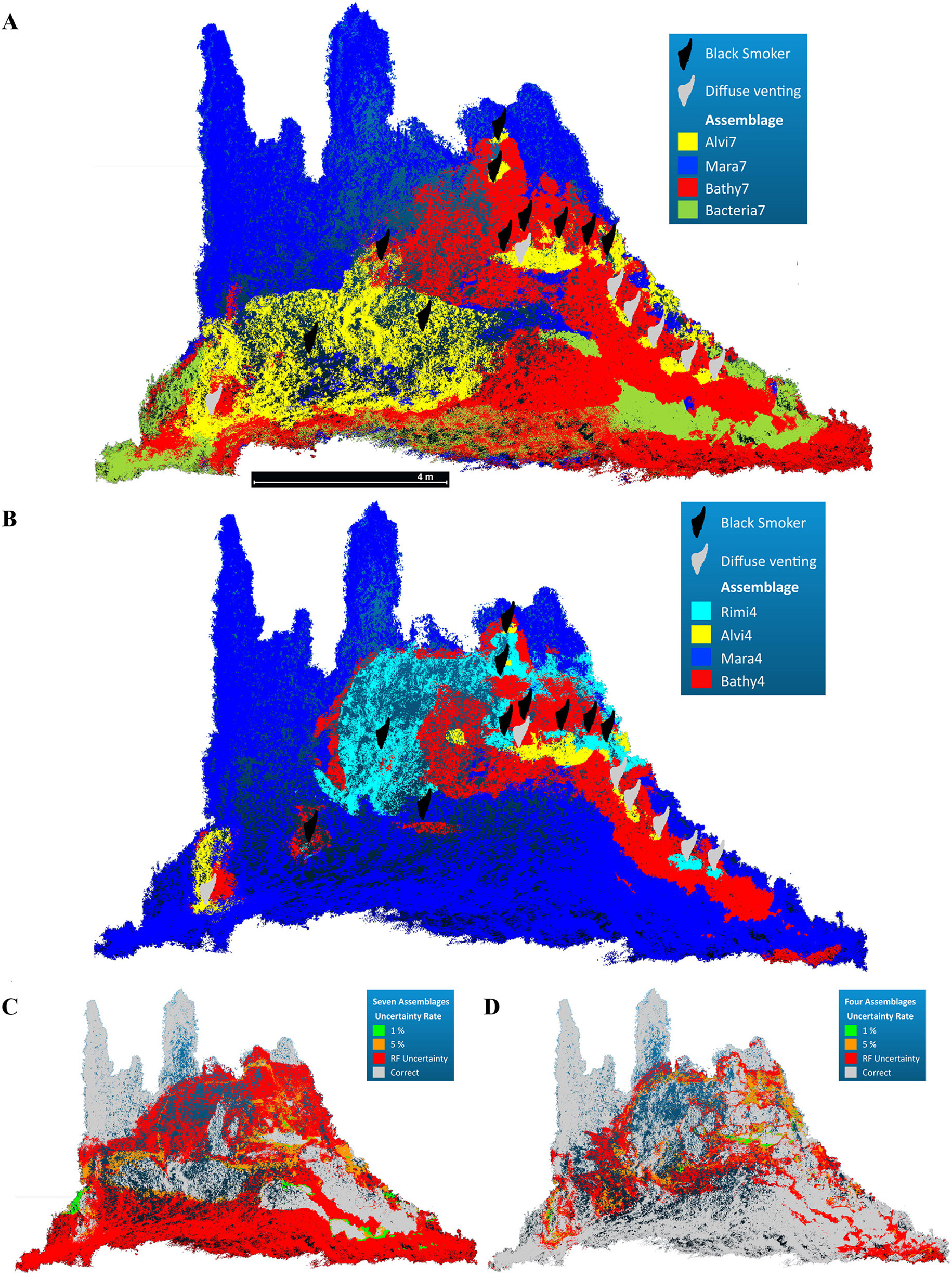 Fauna distribution was predicted with 85% accuracy

Gerdes and the team detected the under-sea predation playing out on the chimney vent. The fast-moving Rimicaris kairei shrimp exist close to the vents, as they feed exclusively on the episymbiotic bacteria which blooms on the surface of their gills. But they fall prey to the Maractis sp. sea anemones, who in turn compete for prime real estate next to warmth - and a food source. 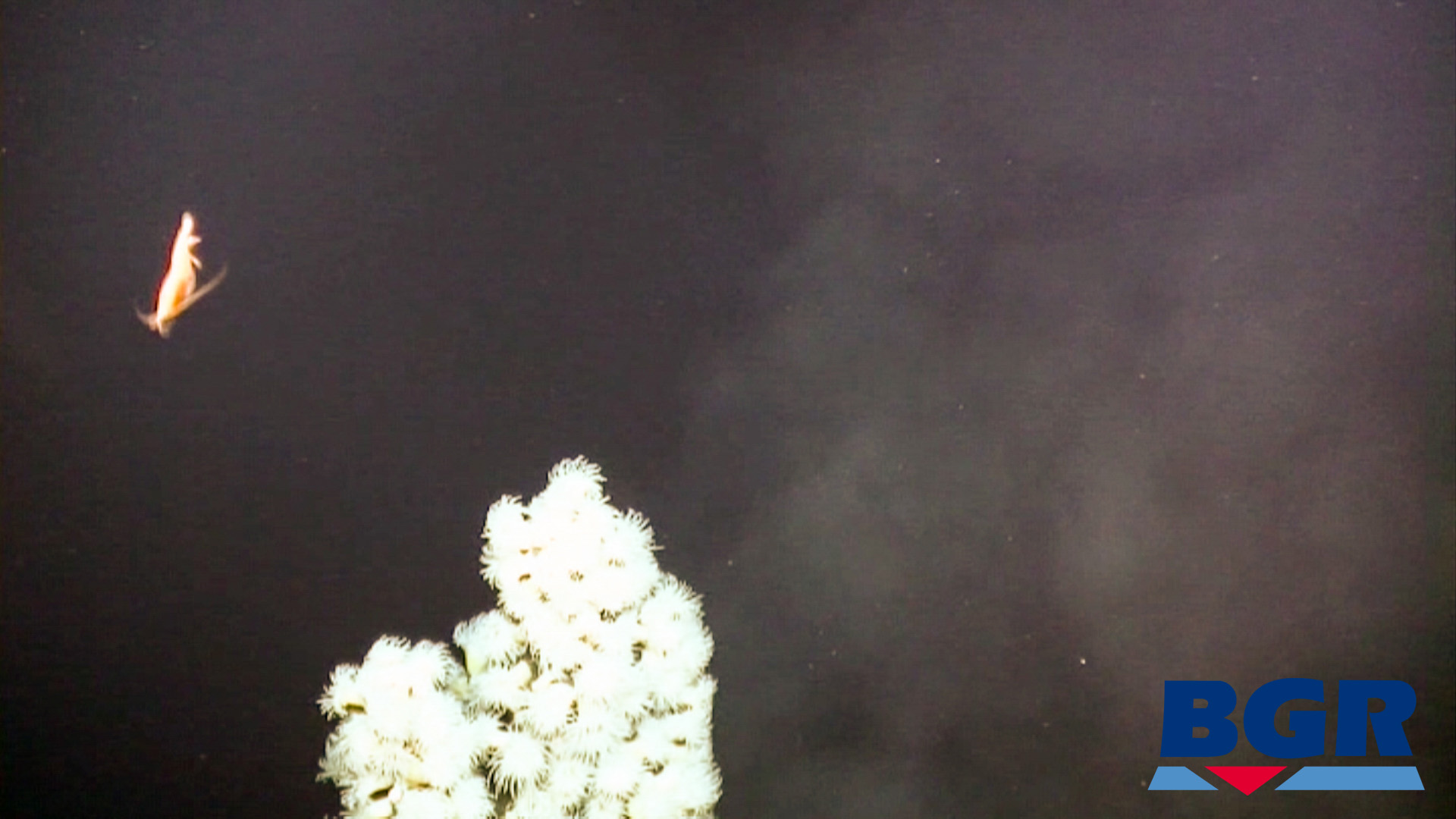 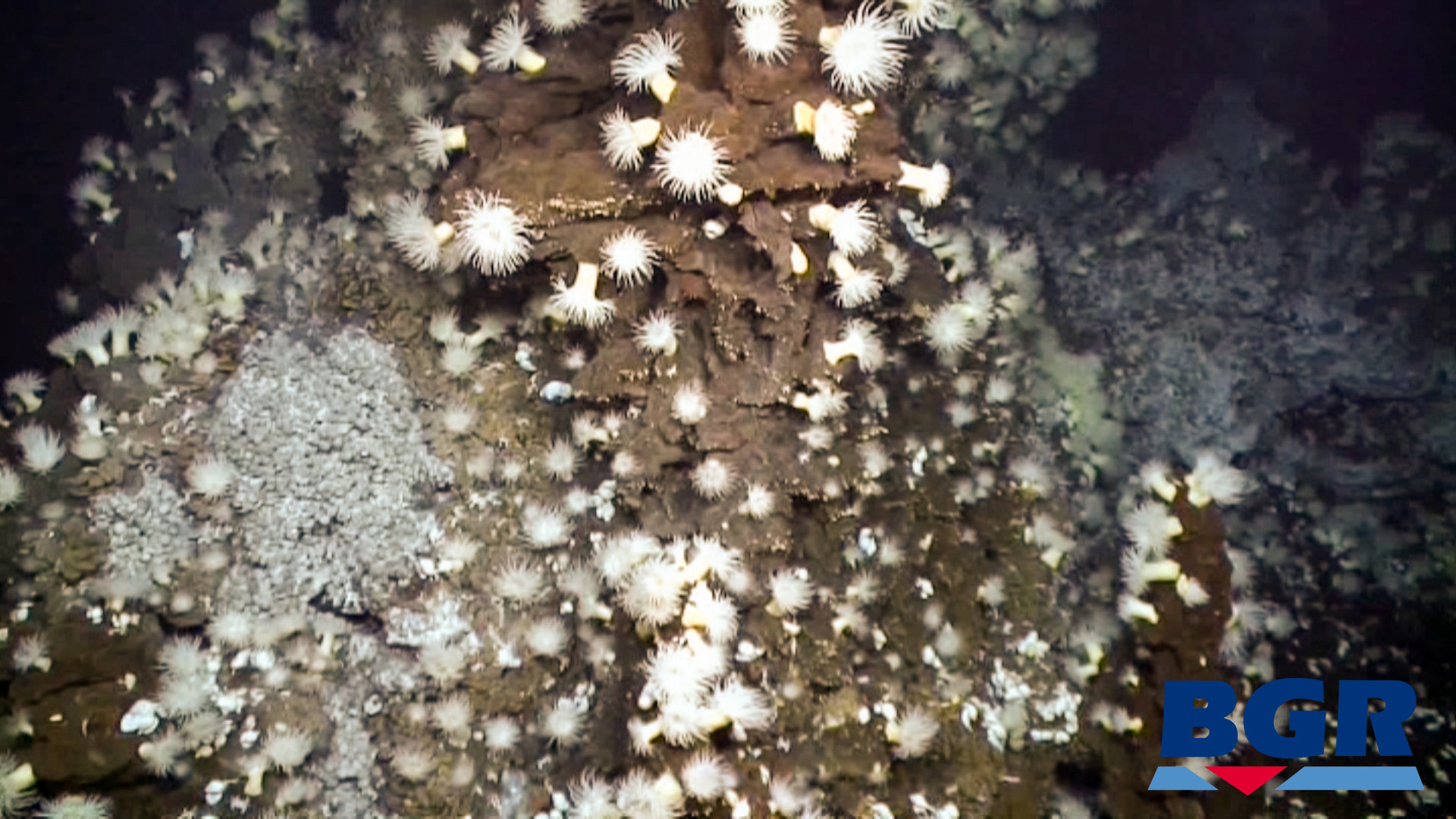 A shrimp gets dangerously close to sea anemones (left), which grow larger the nearer they are to thermal vents (right)

The rich ecosystem surrounding the thermal vents supports life from microorganisms to mega-crabs. It’s the hope of the team that the predictive model can be applied to similar areas on the seafloor, and protect marine diversity for future generations. 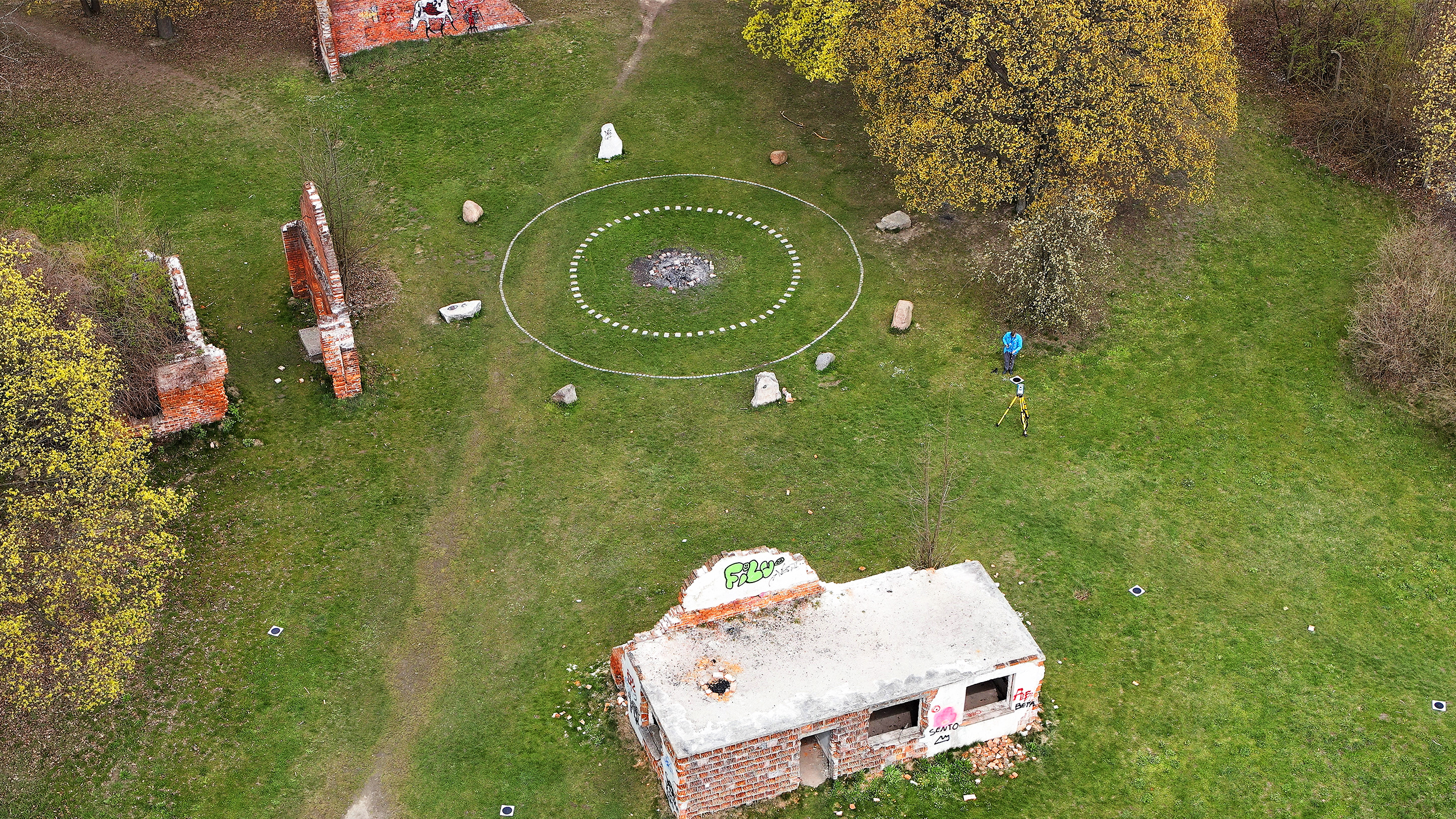 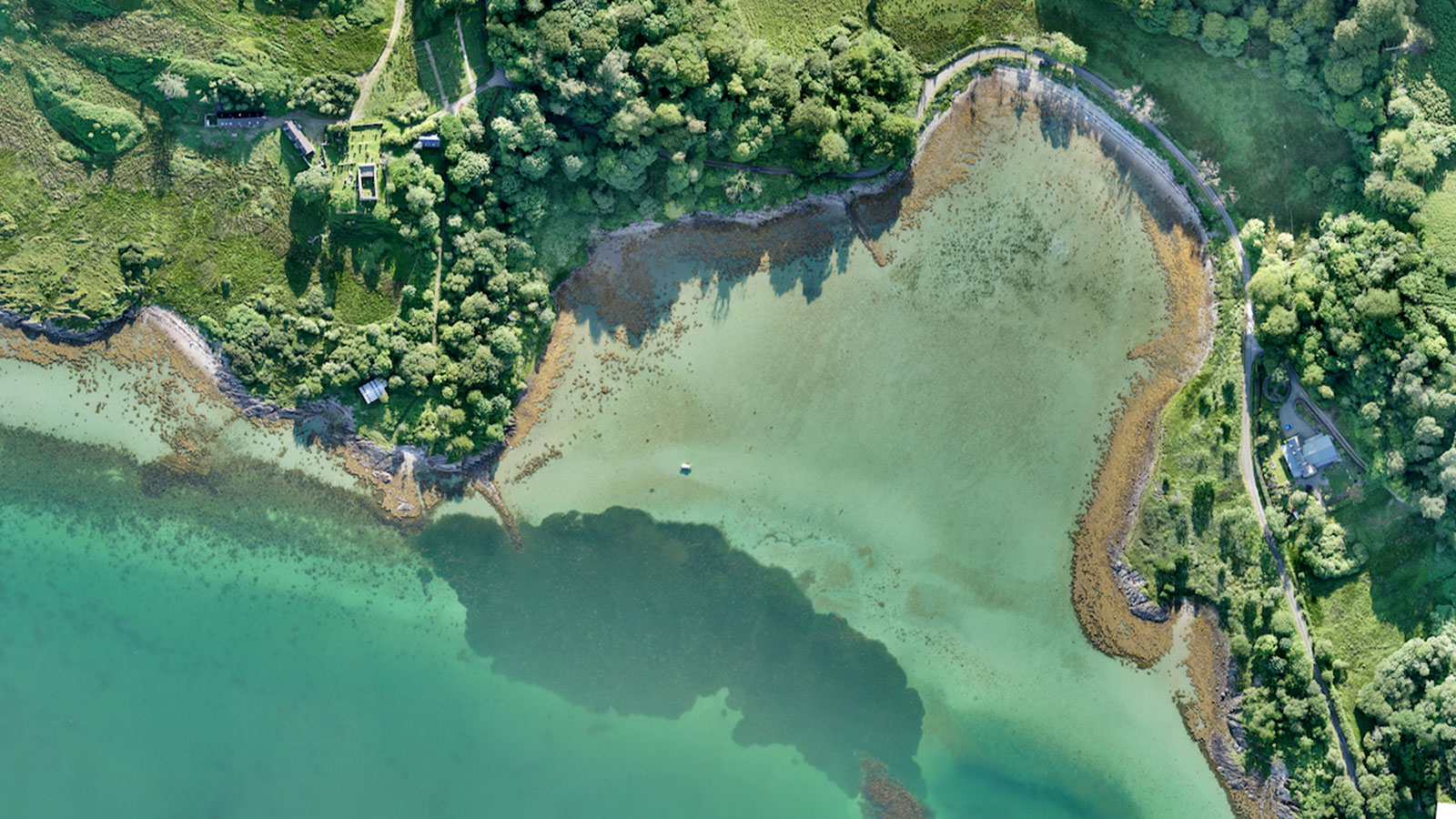