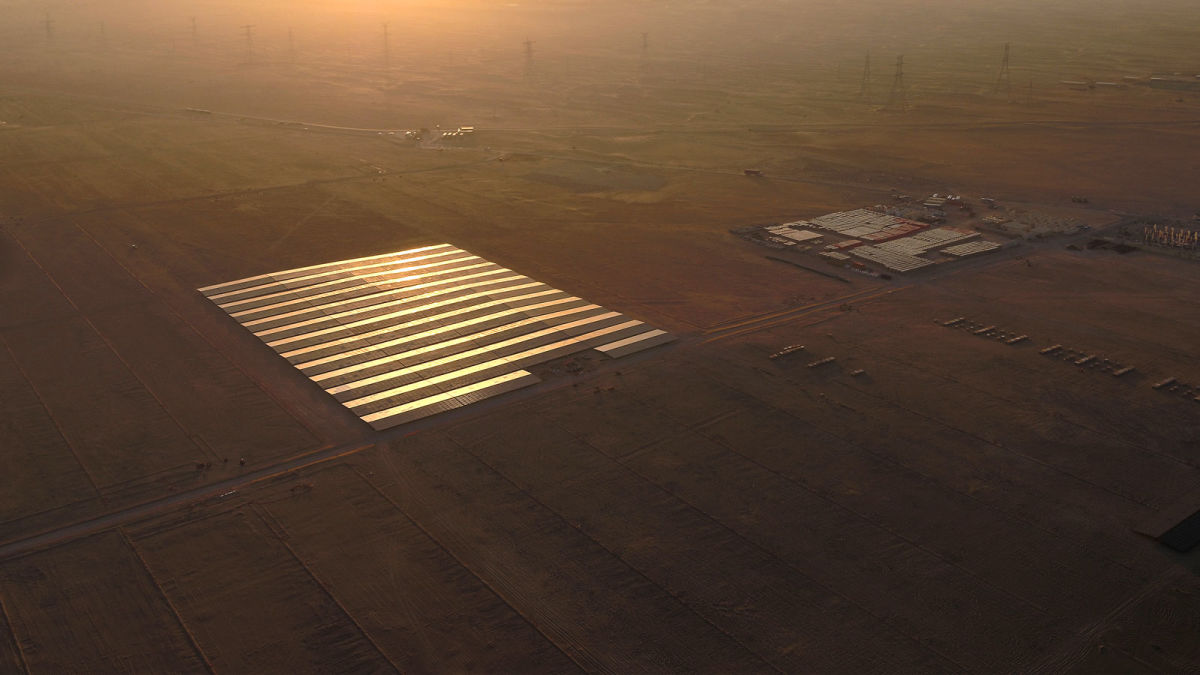 Saving weeks of work: surveying a solar park in the UAE

September 15, 2021
Solar power plants include millions of solar panels. Inspecting them all could take weeks - unless you use drones and photogrammetry.

It’s a reality of any industry that equipment needs to be maintained - it can be damaged by weather, by people, by animals, and degrade over time. Inconsistent or inaccurate inspections can miss damage, which in turn leads to a loss of efficiency and profits. For energy, this is even more critical as there are large communities relying on them to run smoothly.

Solar farm inspections have been one of the best examples of successful drone surveying. The biggest solar farm in America was surveyed using PIX4Dmapper, where thermal imagery added greater insights to the workflow. However, an even more famous location for solar power plants is the Middle East, where large desertous areas with no residents are ideal for solar panel parks. In addition, the almost perpetually clear skies allow for constant energy generation.

Noor Abu Dhabi, located near the town of Sweihan, is 8 square kilometers and has over 3.2 million solar panels. It is currently the biggest single-site solar power plant in the world. Drones are already a well-established tool for inspecting solar modules, including on building rooftops. Pix4D reseller and partner Falcon Eye Drones (FEDS) were brought in to track and monitor monthly progress at during construction of the plant with accurate, high-resolution drone mapping. Their desired outputs included maps, videos, and individual images. The benefit of using drones was that they could complete the survey in a day and produce actionable data the following day. This is massively helpful when working in dry climates as it saves inspection teams hours of work in blistering heat. The final outputs would also be used for calculating the quantities of materials on-site, including checking inventories and stockpiles. The site was monitored throughout the construction process

FEDS provide drone services across the Middle East in 35 countries, using their work to bring the DT3 to their clients: drone tech, data tech, and digital transformation. The use of drones in the use case was efficient and cost-effective, where the surveying, inspection, and processing were all completed in-house. FEDS were commissioned for the project by Sterling Wilson, one of India’s leading engineering and procurement companies. The scale of the project required constant progress tracking

Traditional progress monitoring methods for a site of this scale were not effective, especially with multiple contractors working simultaneously. As a result, FEDS used drones with high-resolution cameras to get results. In this case, the team made 17 separate orthomosaic maps with an accuracy to within 5 cm. They captured 105,000 images in total that were split between the 17 orthomosaics, each looking at different sections of the solar power plant.

Throughout the entire mission 105,000 high-resolution images were captured. This is a huge quantity of data for the park, which is one of the largest in the world. It has provided clean energy for 90,000 residents in Abu Dhabi since its completion in 2019. The 17 orthomosaics created by FEDS constnatly assessed site progress for the managing contractors. The orthomosaics were analyzed with PIX4Dcloud, where the timeline feature was a critical part of the overall project management. The timeline view enabled them to track their contribution and progress. The georeferenced JPEGs were shared with other contractors working on repairs as well as measuring the efficiency of panels. Changes and progress could then be shared, with the timeline view actually showing changes.

A drone solar panel inspection is a fairly self-explanatory method of analyzing the status of photovoltaic panels - the drone can look at the whole cell and provide imagery that is accurate and comprehensive. In some cases, users will include thermal imagery analysis to inspect photovoltaic fields. As this was a project conernced with the status of the overall site, this was not necessary here.

FEDS found that working with PIX4Dmapper and PIX4Dcloud was intuitive, describing the products as “user-friendly software”.

“The biggest advantage was cloud support - this saved us time and allowed us to process while on-site. The Timeline feature of PIX4Dcloud was well received by clients and they reported it as a useful feature”. - Nikin Mohan James, FEDS Head of Training & Support

Solar parks can be a challenge for surveying due to being homogeneous surfaces, which can be tricky with generating an orthomosaic. However, the Pix4D software was unaffected by this, despite the fact that solar panels act like mirrors to the drone’s camera. PIX4Dmapper handled these surfaces well, providing an accurate, undistorted image.

The future of drone surveying in renewable energy

This is a brilliant example of how drone surveying is becoming a critical part of asset management used with renewable energy resources. In the past year, Pix4D has shared use cases that have involved inspecting wind turbines in Norway, as well as surveying coal power plants being decommissioned and demolished.

In terms of using drones for surveying solar power plants, the inspection process is massively sped up. As the drone can fly quickly over the site, it gathers a comprehensive dataset without staff having to walk for hours. Noor Abu Dhabi has 3.2 million solar panels, and individually monitoring them would be a near impossible task, requiring thousands of hours of work just to inspect panels, let alone maintain them or track changes to the site. Thanks to PIX4Dmapper and PIX4Dcloud, FEDS were able to cooperate with contractors without losing time. Although this was a progress tracking project, the future use of drone solar inspection is clearly available for the owning company. Rather than spend weeks doing inspections, the data could be captured one day and processing complete by the next. This project generated accurate, useful results that have been used in the continued management of this immense site.

Work with accurate results
On your desktop or the cloud
PIX4DcloudPIX4Dmapper 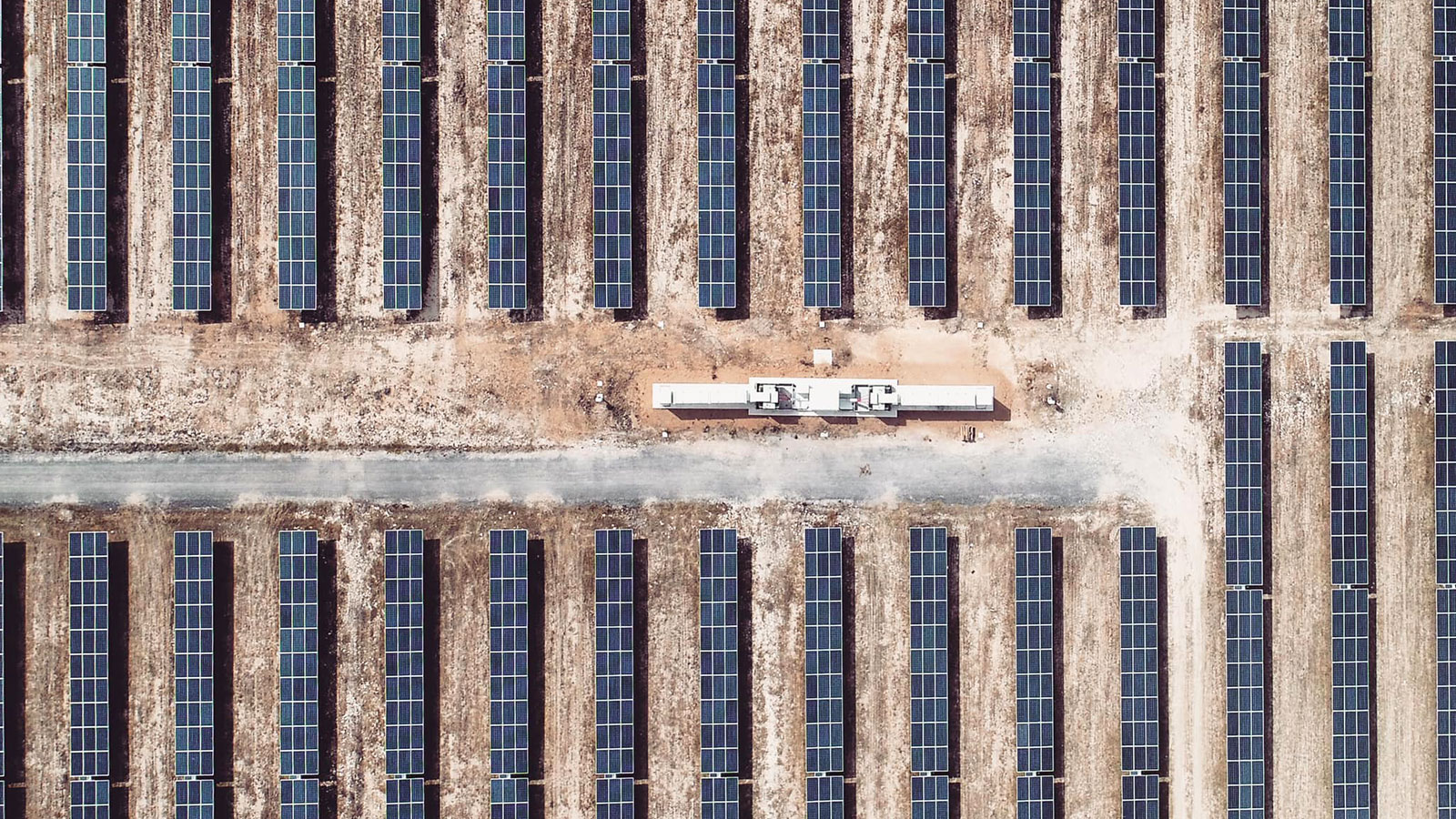 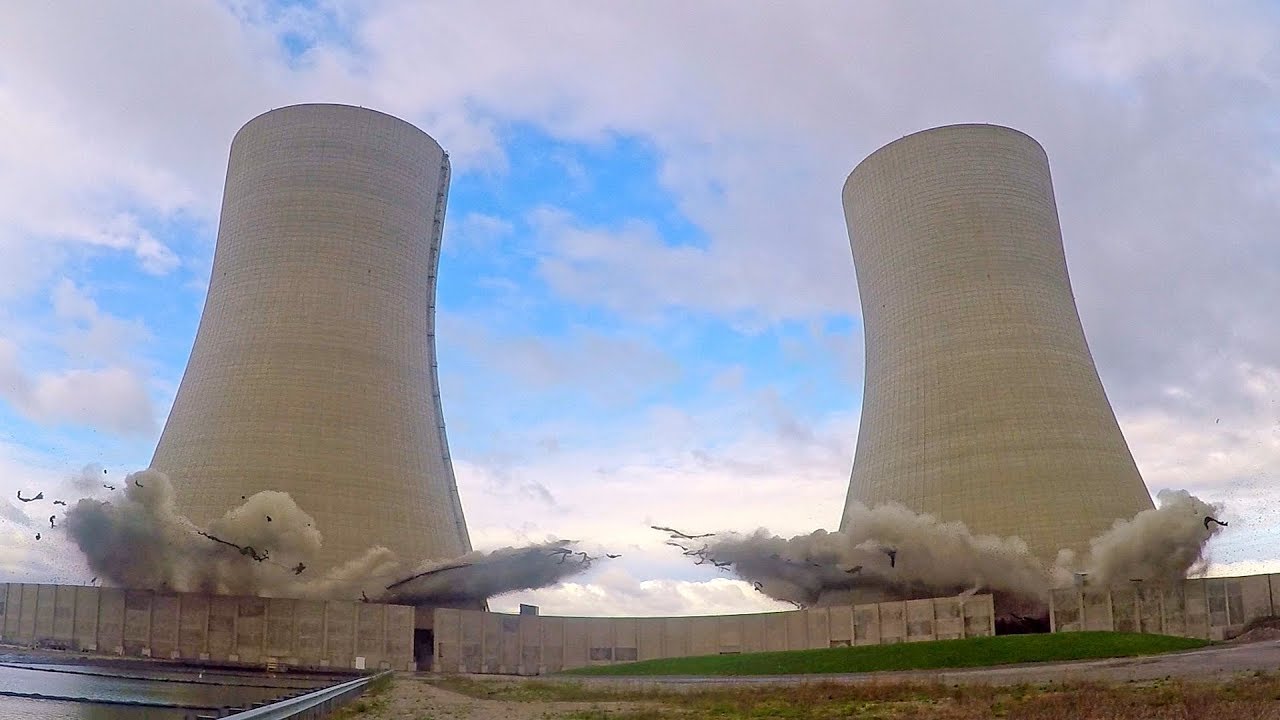 Site surveying for a controlled implosion
Before the Brayton Point cooling towers could be demolished by controlled explosion, the team needed an up to date site plan.
Read more