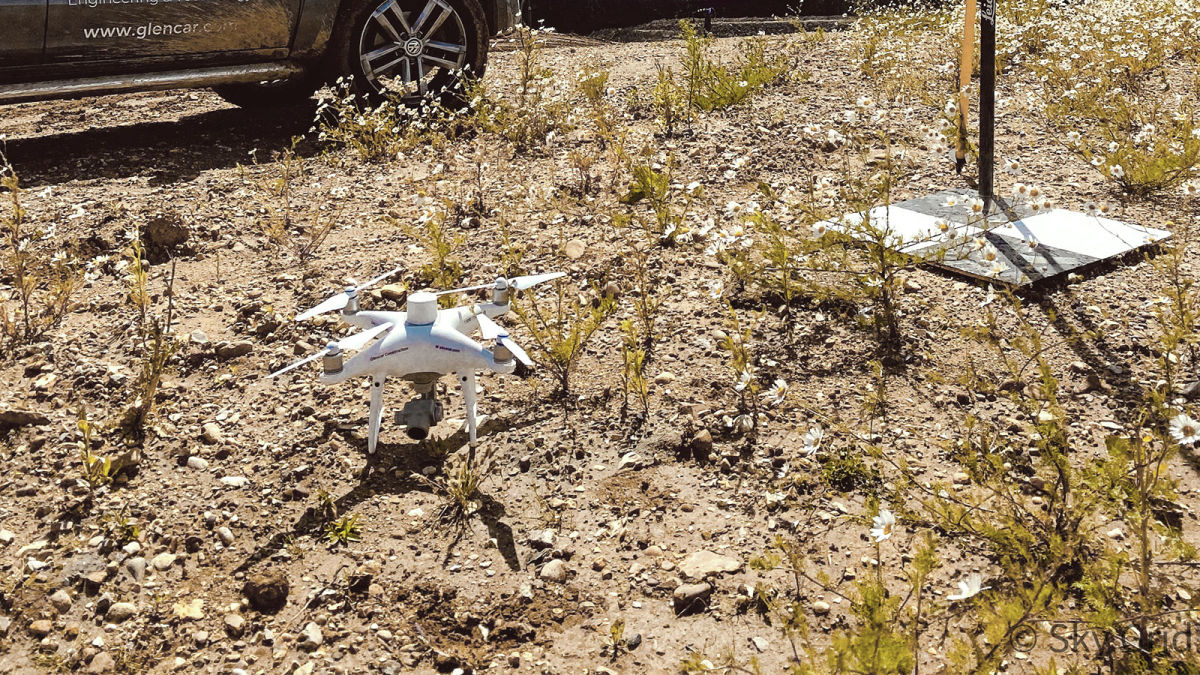 Surveying old quarries with new tools for new use

October 22, 2020
Landfill sites are important to monitor, but it's expensive. Sky Grid use PIX4Dsurvey and PIX4Dcloud Advanced to be cost and time efficient.

Quarries present a huge challenge for industry: when in use, they are filled with large equipment moving tons of material back and forth, which is a concern for health and safety regulations. This is made worse when the quarry is no longer in use or transitions to focus on a different part of the site, as it leaves an immense pit in the ground that people or animals can fall into. In the UK, one solution for this is for empty quarries to be repurposed as a landfill. Waste is dumped into the hole, providing a space for the refuse to be stored and giving some function and regulation to the space.

However, carefully monitoring these sites is important to the owners of the quarries. Whether for reports for government or environmental agencies, or for analyzing the capacity of the pit, quarry owners need to know exactly what is going on with their quarry-turned-landfill. This was the challenge for a British quarrying company, where the cost of inspecting the landfill surface every few months was costing tens of thousands of pounds. Properly surveying the progress in each cell is mandatory for quarry owners despite the expense. This is where Earth Grid came in.

Earth Grid, a specialized surveying company partnered with warehouse and logistics construction company Glencar Construction, was hired to survey the quarry. This assignment is well within the capabilities of Earth Grid, who are used to surveying buildings sites and other closely monitored locations, such as large earthworks projects.

The scale of the project was huge: Earth Grid had to survey 327 acres as accurately as possible. They achieved this by using PIX4Dcloud Advanced and PIX4Dsurvey. By using an integrated SIM tied into the Leica Smartnet network through the controller on a DJI Phantom 4 RTK, Earth Grid's operative did not need GCPs to improve the accuracy of their results due to this innovative solution. This use of technology and Earth Grid’s expertise meant the process of surveying the site was extremely efficient. After only 90 minutes on site, Earth Grid had collected all of the images and data needed. Surprising the client with the speed of their data collection, Earth Grid’s operative headed back to the office to start processing the data immediately.

Naturally, there are often challenges when working in the field. There were several obstacles to overcome for Earth Grid. The first was the sheer size of the site: 320 acres to be covered by one drone which needed to be within sight of the pilot. It took two flights for the DJI Phantom 4 RTK to complete the flight plan. Not only that but the location had a busy airspace, which meant that as the pilot, Earth Grid’s operative had to register the flight with nearby aviation authorities. Respecting air space regulations is vital for planning a drone flight, as breaking those rules can result in a large fine and cause disruption to local airspace users and authorities. Registering Earth Grid's flight was especially important as the photos were taken at a height of 120 meters to capture the size of the site, which is higher than may be expected of drone flights. This adherence to important rules also meant following regulations about being within the line of sight of the drone. Earth Grid’s team drove to a different point on the site for the second part of the mission to ensure they could always see the drone as it completed the flight plan.

Despite the range of challenges Earth Grid faced with this project, they completed the assignment successfully. Uploading the images to PIX4Dcloud Advanced, the processing stage of this workflow was rapid, completed on PIX4D servers within 5 hours. This dataset was then imported to PIX4Dsurvey. The point cloud was incredibly detailed and clear, and the grid creation was automatic, leaving no room for human error from manually creating the grid. Not only were the results clear but they were also accurately georeferenced.

The clear point cloud of the Sky Grid site

Harnessing the outputs of PIX4Dcloud Advanced with PIX4Dsurvey, Earth Grid quickly separated the ground and non-ground parts of the point cloud and created a grid of points with just 500 millimeters spacing across the terrain. This gave Earth Grid a dense set of points that could be imported into CAD software, which Earth Grid used to create a contour map that they delivered, along with the produced a detailed orthomosaic, DSM, and QA report, to the client.

"I use this software as it is the easiest to use with the best features - PIX4Dsurvey is efficient and the sharing and comparison features on PIX4Dcloud Advanced simplify everything" - Andy Green, Earth Grid Owner

In addition to this, Earth Grid provided a digital twin of the site for Earth Grid’s client to explore and analyze.

Tracking the stockpiles of cells at the quarry using PIX4Dsurvey is highly accurate and efficient. Using PIX4Dcloud Advanced and PIX4Dsurvey, Earth Grid can return to the same site on a monthly basis to provide updates for the owners and it will still work out cheaper for the clients, rather than paying contractors to do the work every 3 months. Earth Grid summarized their results in a pdf report including the outputs of PIX4Dsurvey, which was easy for the site owners to use for breaking down the complexities of the dataset. Combined with the overlay comparison feature available on PIX4Dcloud Advanced, the changes to the landfill site can be easily identified, which is incredibly valuable in the evolving shape and use of the site.

Comparing the Earth Grid 3D model with the Orthomosaic

Earth Grid took advantage of the variety of functions in Pix4D software which meant the team could show their client exactly what Earth Grid’s findings were and represent the site as never seen before.

Editor's Note: This project was completed in July of 2020, ahead of exciting new updates to PIX4Dsurvey including TIN generation to further simplify the workflow.