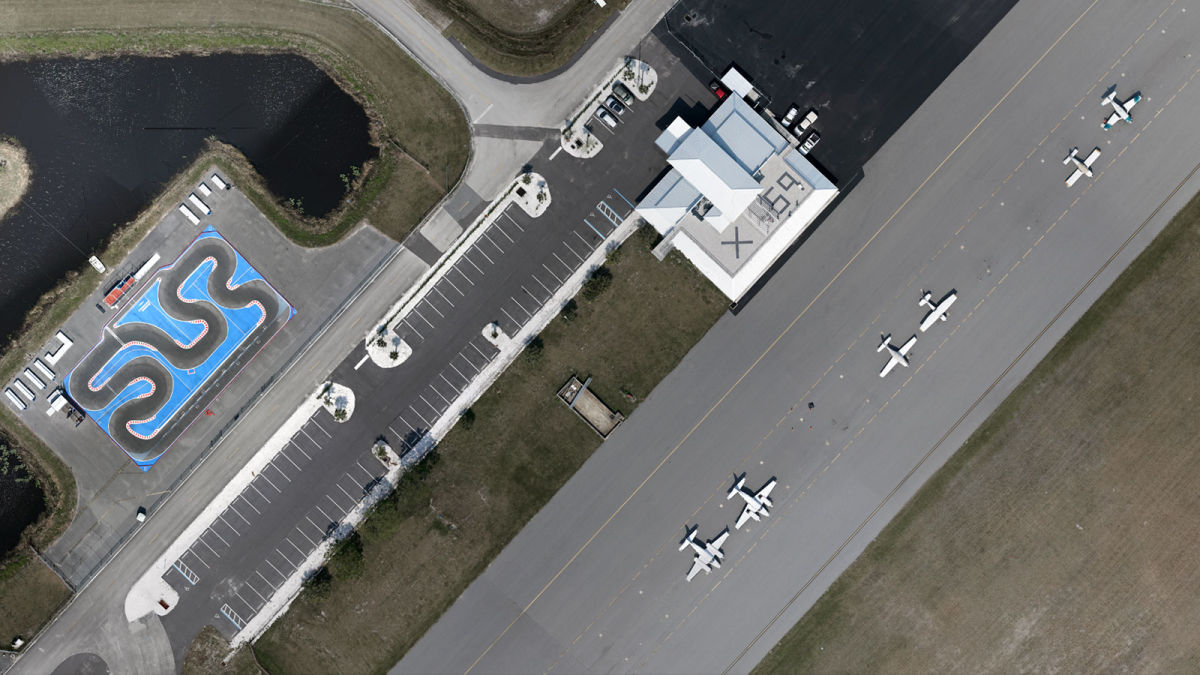 April 20, 2021
Mapping an active airfield can be incredibly dangerous. Quantum-Systems worked with Air Traffic Control to survey without startling pilots.

Airfields are big, open, and spacious. They are also in constant use, which makes surveying them difficult. However up-to-date maps are critical to the maintenance of the runways as well as plans for expansion or updating safety measures. At the Valkaria Airport in Florida, Quantum-Systems were using the space to run a training course for drones in 2020. While there, the airport manager asked them to survey the airfield to check some construction work that was completed in 2019.

Quantum-Systems was founded in Munich in 2015 and specializes in developing, designing, and producing small Unmanned Aircraft Systems (sUAS). The high-precision sensors in their systems help transform decision-making processes for the better. Their drones have a variety of capabilities, including the eVTOL fixed-wing Trinity F90+, which can cover up to 700 hectares in a single flight. PIX4Dmatic is now compatible with Quantum-Systems hardware, with PIX4Dmapper already in use with the Trinity F90+. 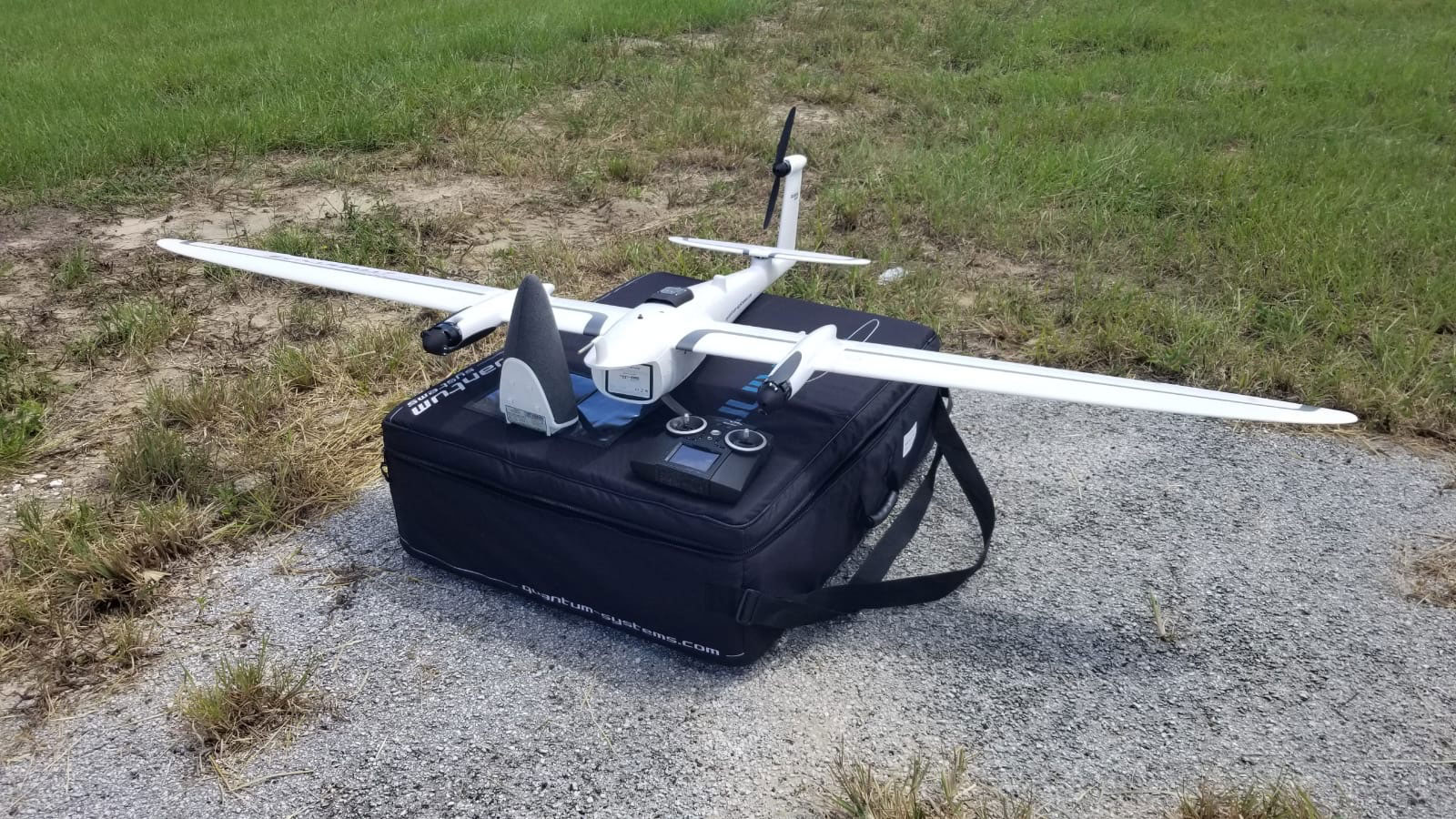 Quantum-Systems used their fixed-wing drone for this project

Valkaria Airport is a public airport just outside of the city of Grant-Valkaria. Set on the Eastern coast of Florida, this airport also hosts the Space Coast Drone Testing Center. This is the location where Quantum-Systems run several drone training programs a year, and why they have an in-depth understanding of the site. When Quantum-Systems were asked to survey the site, they were excited to get to work on a large scale project and used the ideal photogrammetry software for a large dataset: PIX4Dmatic.

There are many challenges in surveying a new location, ranging from avoiding infrastructure and obstacles to trying to stay within height restrictions for your airspace. This can be difficult when dealing with large infrastructure, such as power stations. The nightmare scenario for drone pilots is disrupting local air traffic control. That is even harder to avoid when you’re flying at an active airfield. 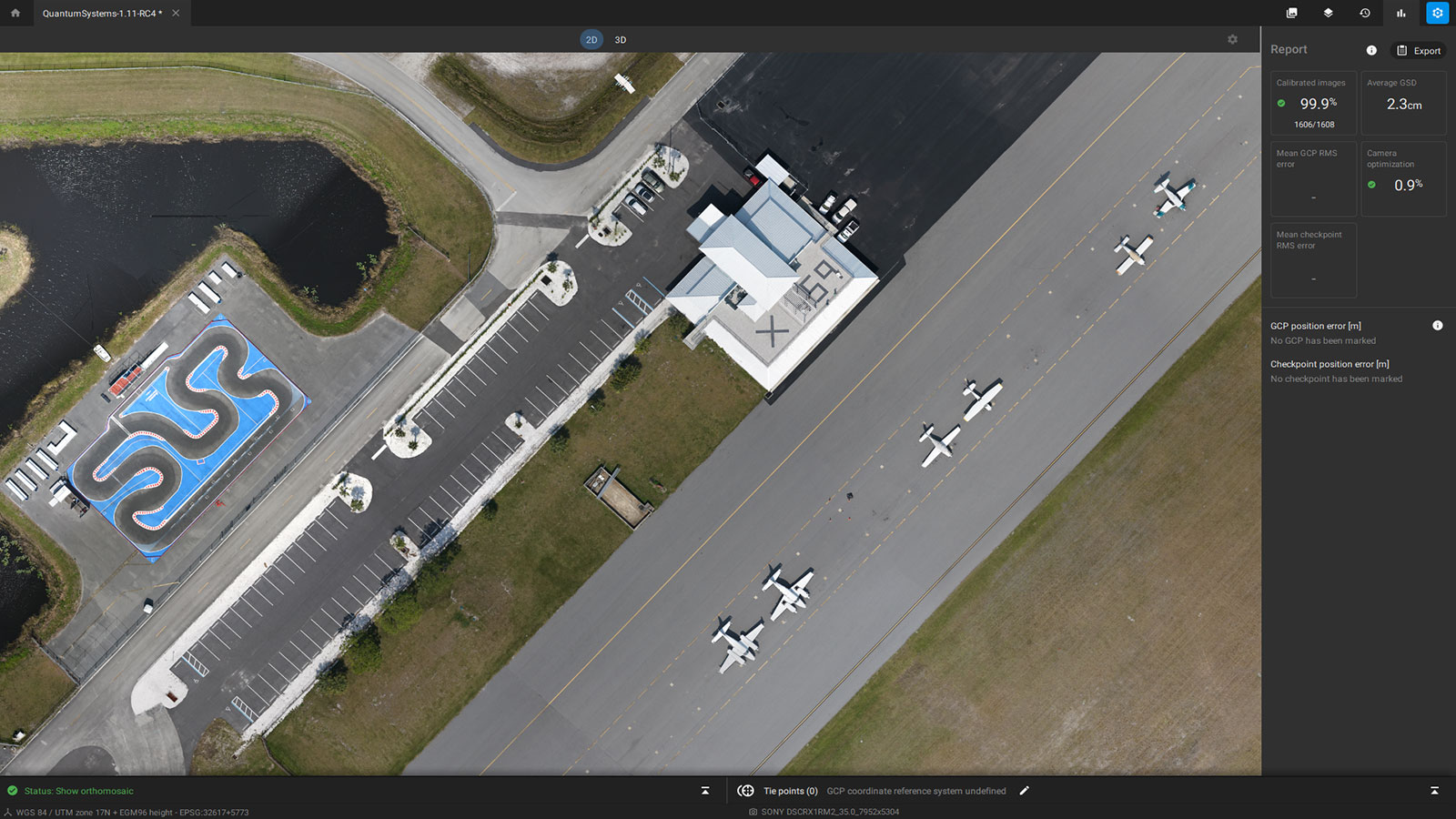 Before they took off, the Quantum-Systems team carefully coordinated with Air Traffic Control to discuss their flight plan and altitude. The Trinity F90+ can fly at a high altitude for a prolonged time, which is useful for surveying larger areas. As the team was surveying at the request of the airport manager, they were able to ascertain the best time to fly and find a period with favorable weather. Even then, there were times where the drone was surveying whilst planes were landing nearby. This was only allowed because the drone flight plan had been approved by the relevant authorities, and the pilot did not deviate from the agreed mission path.

The pilot operated from the roof of an airport building, which allowed for a good field of view of the area being surveyed as well as of the drone. They set up a PPK base station to ensure accuracy and worked with a local land surveyor to get the right coordinates for it. 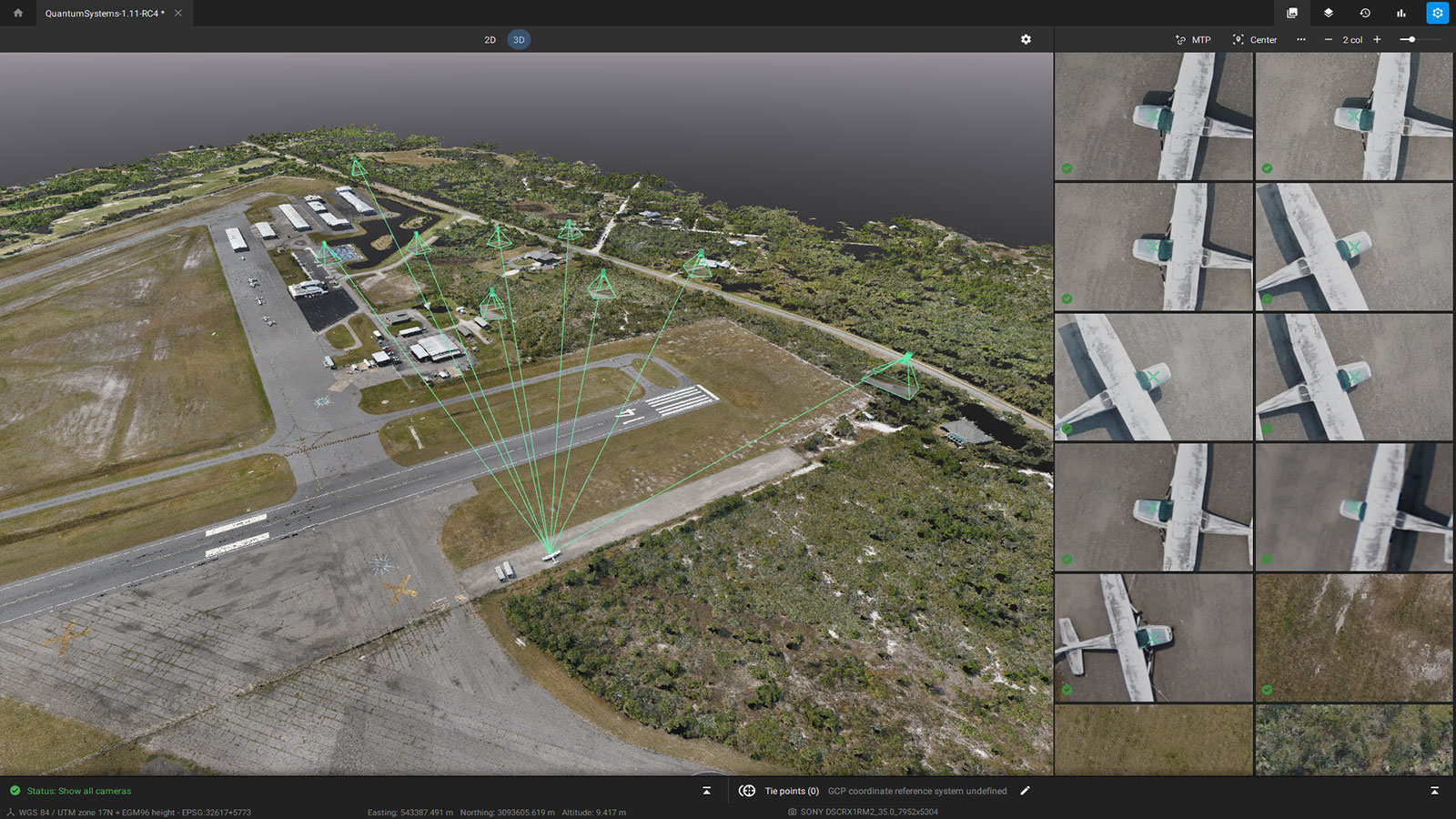 Due to the large area being surveyed, the drone was flown at an altitude of 120 meters. A higher altitude can be helpful for capturing larger areas faster, as well as staying clear of other aircraft. The total flight time was 85 minutes, well within the capabilities of the selected drone. Thankfully, the drone was not disrupted by wind, which was blowing at 6 m/s (19 feet per second) on that day.

This project was originally flown in February 2020. The airport manager wanted 2D and 3D models to ensure there were up-to-date records of the airfield which can easily be achieved with drone based photogrammetry. A total of 1,600 images were processed in other photogrammetry software, however, some details were warped and distorted. In 2021, the project was re-run through PIX4Dmatic. This time, features such as static airplanes and the edges of building roofs were clear and free of distortion. The overall quality of the outputs was also better, and the processing time was faster. 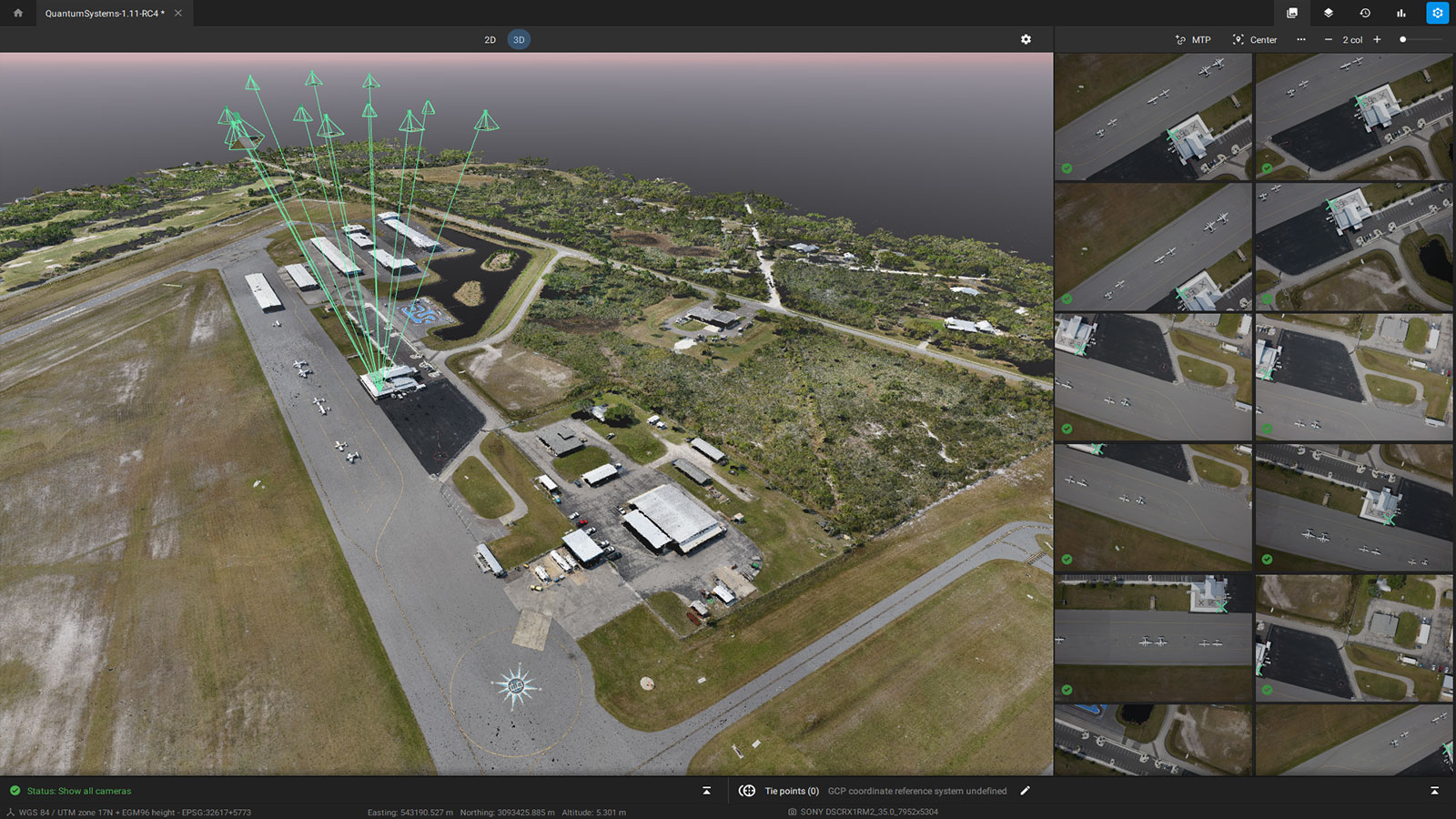 Working with PIX4Dmatic to reprocess the data gave Quantum-Systems an insight into this new product. The quality of the orthomosaic was particularly valuable for the project, as a 2D orthophoto of the airport can be easily shared with stakeholders and construction companies for future development.

This surveying assignment was particularly technical due to the need to liaise with Air Traffic Control to such a high degree to avoid causing an accident. Drones near airfields can unsettle aircraft pilots and cause unsafe environments. Due to Quantum-Systems’ experience at Valkaria Airport, they were trusted to complete this survey in cooperation with air traffic controllers without disrupting other aircraft. The final result was clear, with useful outputs in both 2D and 3D that the airport manager can work with in the future.

Discover PIX4Dmatic
Photogrammetry on a large scale
About PIX4DmaticTry for free 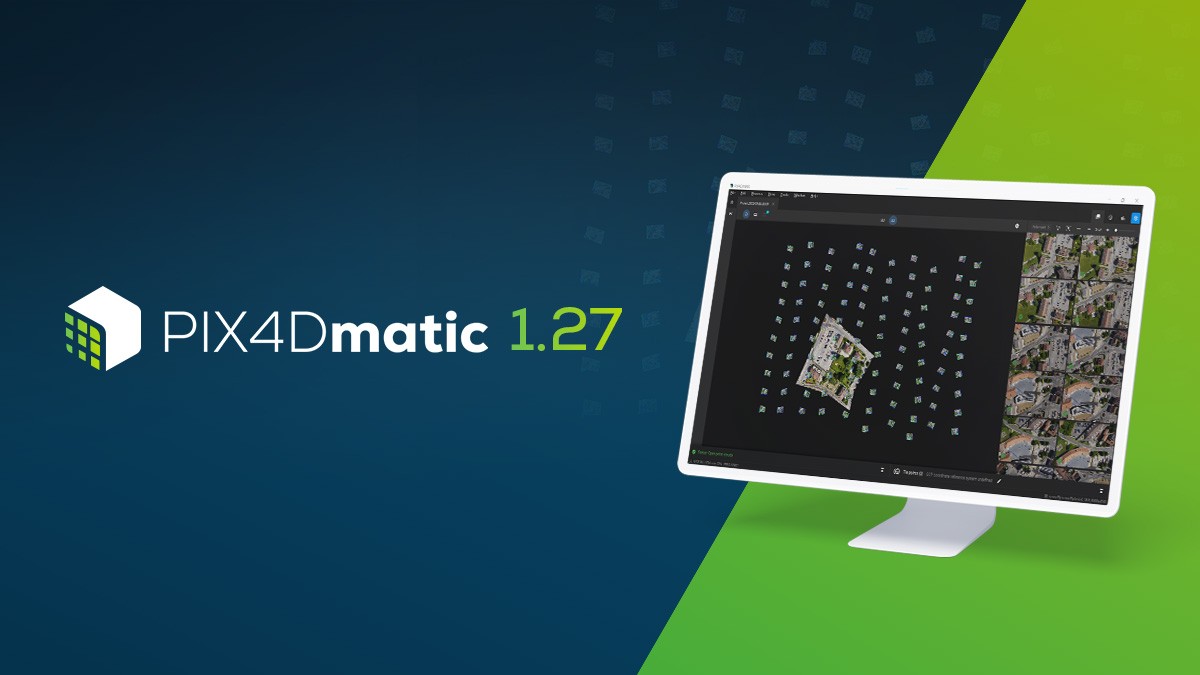 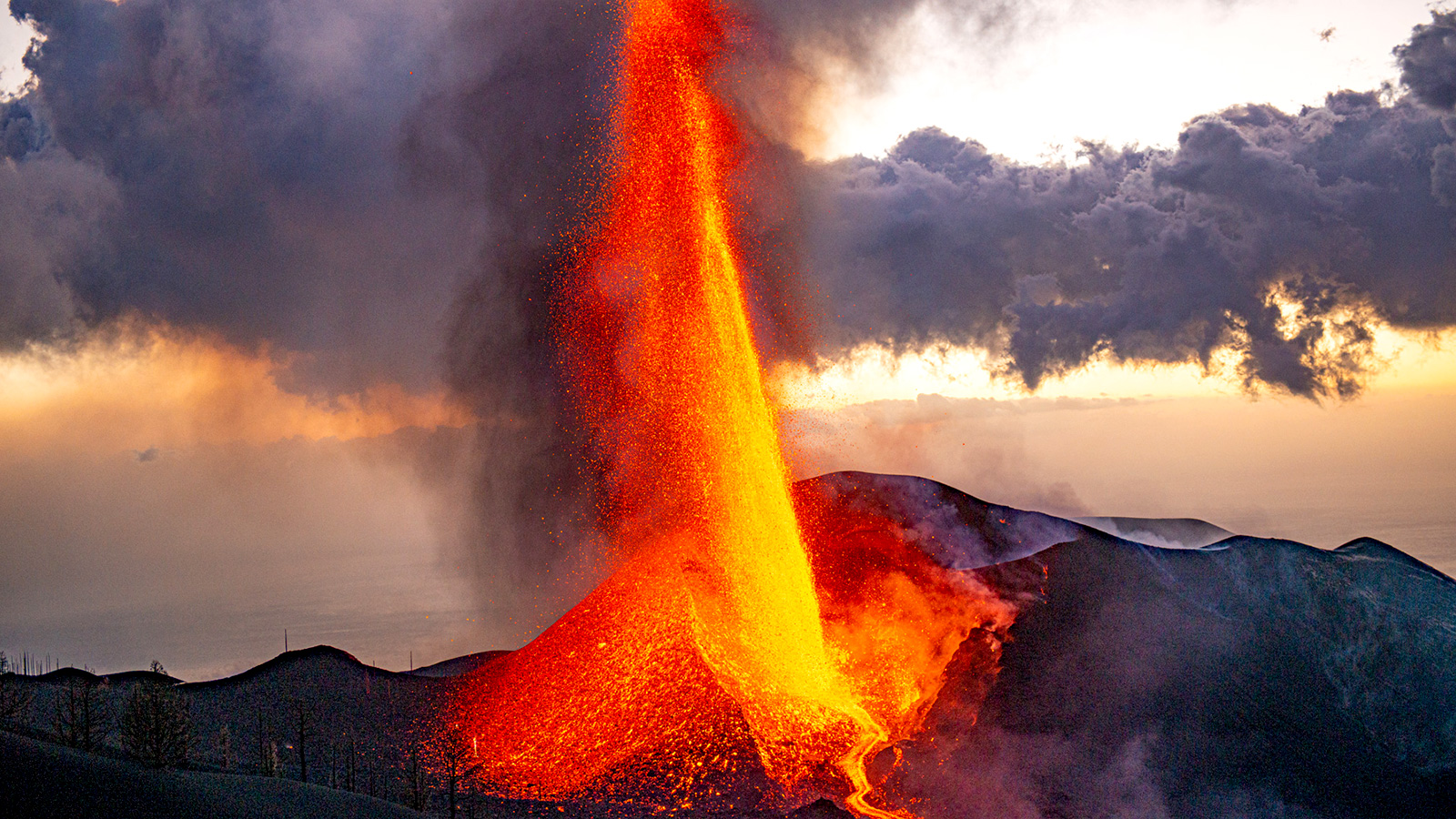 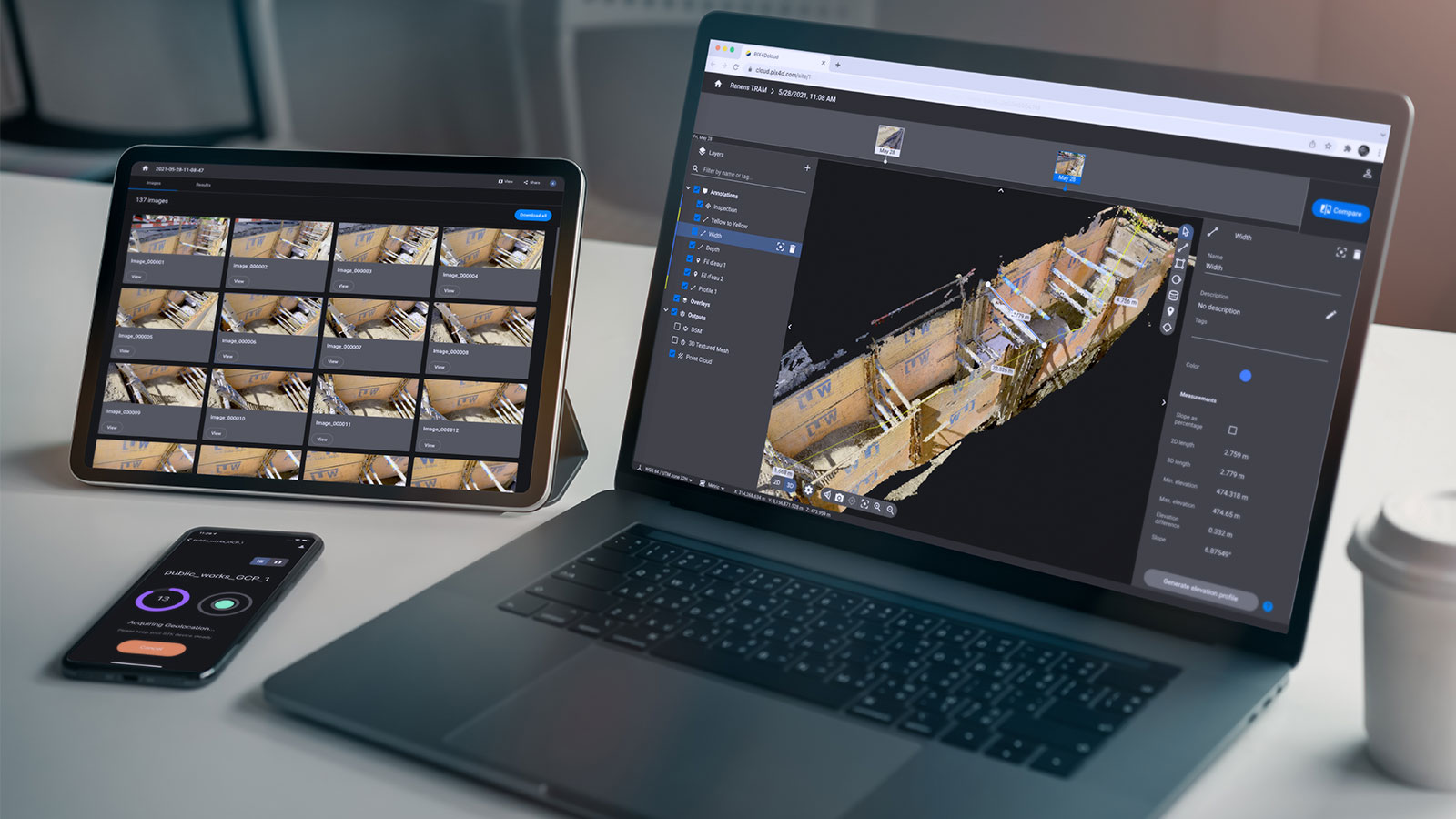