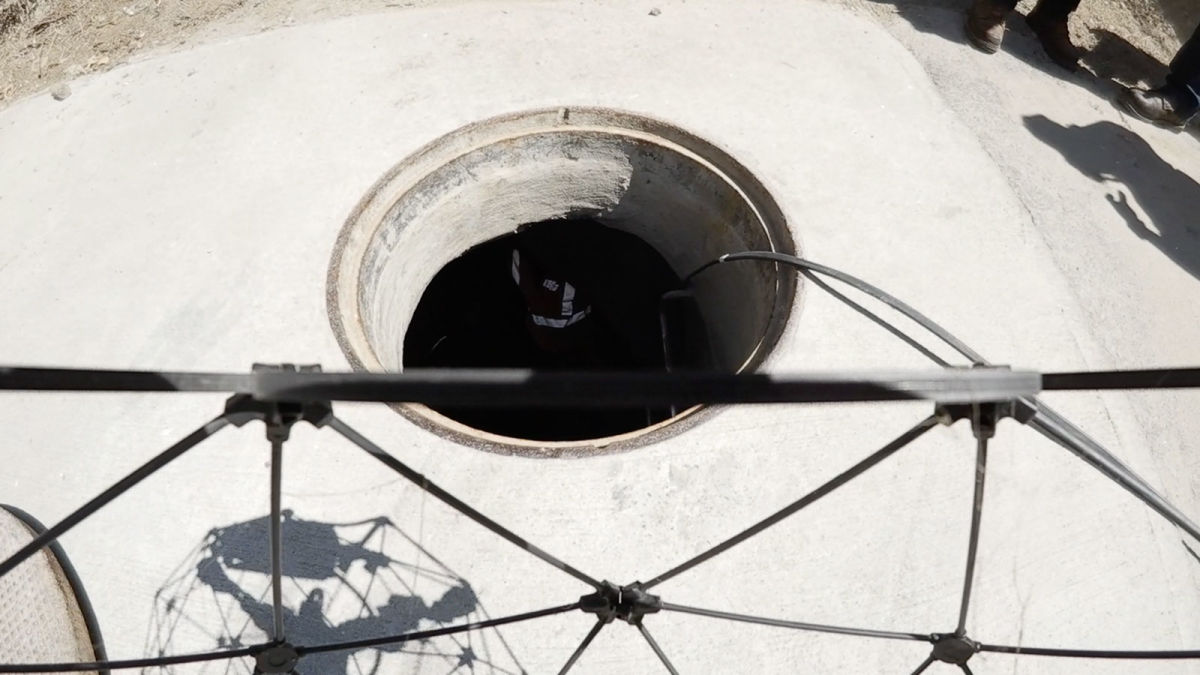 November 24, 2021
Culverts are crucial for effective drainage around urban structures - but how can you inspect and maintain them if they’re underground?

When it comes to managing critical infrastructure, regular maintenance is key to ensuring everything works. Many structures are not visible above the surface but are essential to keeping roads clear, houses warm, and drainage clean. Routine inspections of infrastructure ensure that everything is working as intended. However, they are not always easy to access, which is why innovative inspection solutions are critical to helping solve these issues. In this use case, Flyability was asked to use a drone to inspect a culvert for a routine maintenance check.

Flyability is the specialized drone manufacturer behind the Elios drones. Elios drones are collision-resistant indoor UAVs that have lightweight cages surrounding the entire drone. This means that even when the drone makes contact with structures around it, the propellers and payload are safe. As a result, it can be used in a variety of challenging locations, including underground structures like mines with fewer risks than conventional drones. In this case, the Flyability team was asked to inspect the culvert and create a 3D model of it to update records and check for damage or blockages. If successful, they would prove to yet another client how drones and photogrammetry deliver concrete results and are part of a new generation of inspection tools.

Culverts are a critical part of modern infrastructure, helping optimize run-off water management. They are typically made of concrete or piping, which is the best material for channeling water underground. When they are blocked, water can back up and flood the local area which can be hazardous - especially in urban areas where water builds up quickly. The inside of a long culvert can be pitch black and narrow, making inspection difficult

Inspecting a concrete culvert can sometimes be done with a crawler, which is a remote terrain device that captures images inside the pipe. The exposed area of a culvert, much like construction site scanning, can be inspected with a terrestrial scanning solution - such as the PIX4Dcatch app on a mobile device (which can be enhanced with the viDoc RTK rover when outdoors). However, sometimes crawlers cannot inspect the inside of a culvert due to it being difficult to access or blocked. The Flyability team was asked to inspect this culvert because it was too steep for a crawler. They planned a workflow to collect data quickly and safely that would be actionable, rather than having to return to the site due to poor data collection.

Once the Flyability team arrived on site, they had to set up a workflow that ensured the safety of their hardware. The culvert was 50 meters long (164 feet), and as it was all underground, they needed lighting to be able to see the stream from the drone. The Elios 2 has 10,000 lumens built into the cage so it illuminates the area around it. This lighting is also what illuminates the area for the photos that need to be taken by the UAV’s camera to generate the 3D model for inspection.

The first step was a reconnaissance flight to check for water and obstacles in the culvert. This gave the pilot an idea of how to fly the route and what potential hazards there were for the drone. It is also important to do this to check that the signal between the remote and drone was uninterrupted. Once the reconnaissance flight was completed, the pilot continued with the second step, which was to fly along the culvert, carefully taking photos to ensure the drone’s protective cage did not block the camera’s view, as that would cause disruption in the final model. The Elios drone was flown with pilot control rather than an automated flight plan due to the nature of the unpredictable inspection site.

After the data was collected, the team processed the images in PIX4Dmapper, with orientation and scale included to ensure the accuracy of the final model. They completed a 3D model and shared it with the client within 48 hours of inspecting the culvert, providing a fast turnaround with actionable data.

Thanks to their unique design, the Elios drones are frequently used to access difficult locations that non-protected drones struggle to reach without collisions. After this culvert project, Flyability then completed the successful inspection of another culvert that measured 200 meters (800 feet).

"PIX4Dmapper helped us create a detailed model of the culvert that we could quickly share with the client, letting them visualize the conditions inside so they could make critical maintenance decisions." - Charles Rey, Training Manager at Flyability

Photogrammetry is already an established tool for sites that are difficult to access, but the use of drones for inspection is a fast-growing industry. The range of applications includes mining, geology such as inside glaciers, public works, and more.

Refer to Flyability's guide for more information on public works inspections with the Elios 2.