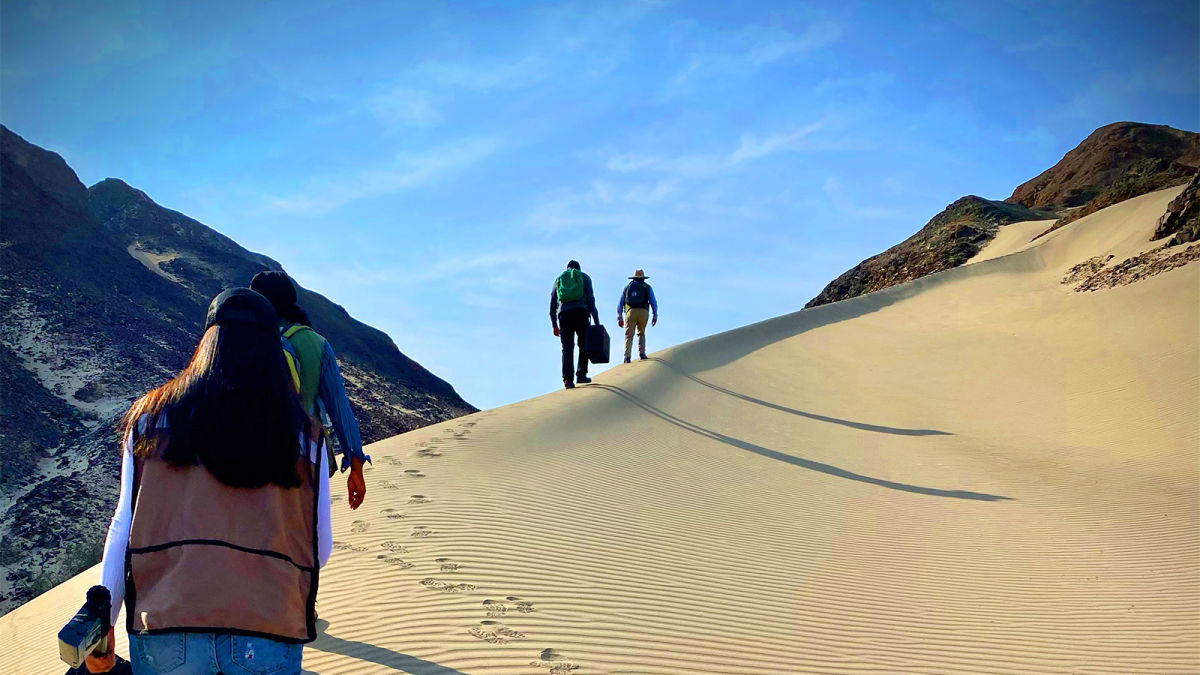 Finding secrets of the past with drones and mobile scans

May 25, 2022
Unearthing the mysteries of the past is an archaeologist's mission - and Pix4D software makes it easier with aerial and terrestrial maps.

Archaeology is an area of reserach that requires significant attention to detail. Uncovering the mysteries of the past takes a long time, with careful techniques to avoid damaging precious artifacts. Such is the challenge of unraveling the lives and ways of Paracas society, in Peru. Spread across nine districts, there are old terrain drawings called geoglyphs as well as pieces of pottery or jewelry that are now being unearthed. The researchers tasked with finding these works have chosen to implement cutting-edge 3D mapping and 3D modeling software to help their work. They want to create aerial maps of the geoglyphs and 3D models of specific objects they find using both aerial and terrestrial scanning. The project began in March 2020 but was put on hold, because of the pandemic but work struck up again in July of 2021.

Archaeologist Carls Chuquihuaccha is leading a team from the Institute of Paleontology, Archaeology and Environment of ICA, along with researchers from the Universidad Nacional San Luis Gonzaga are searching for rare objects in this region of Peru. It is part of an initiative called the “Geoglyphs of Ica Archaeological Project”, which Carls Chiquihuaccha is in charge of.

Geoglyphs are engravings on plains and desert slopes, typically at least 4 meters in size. These ones were originally thought to be created by the Paracas, but now their origins are rumored to be older. This project is analyzing the formation, age, and connections between these figures. This analysis includes excavation sites and surveying the wider areas believed to host geoglyphs. 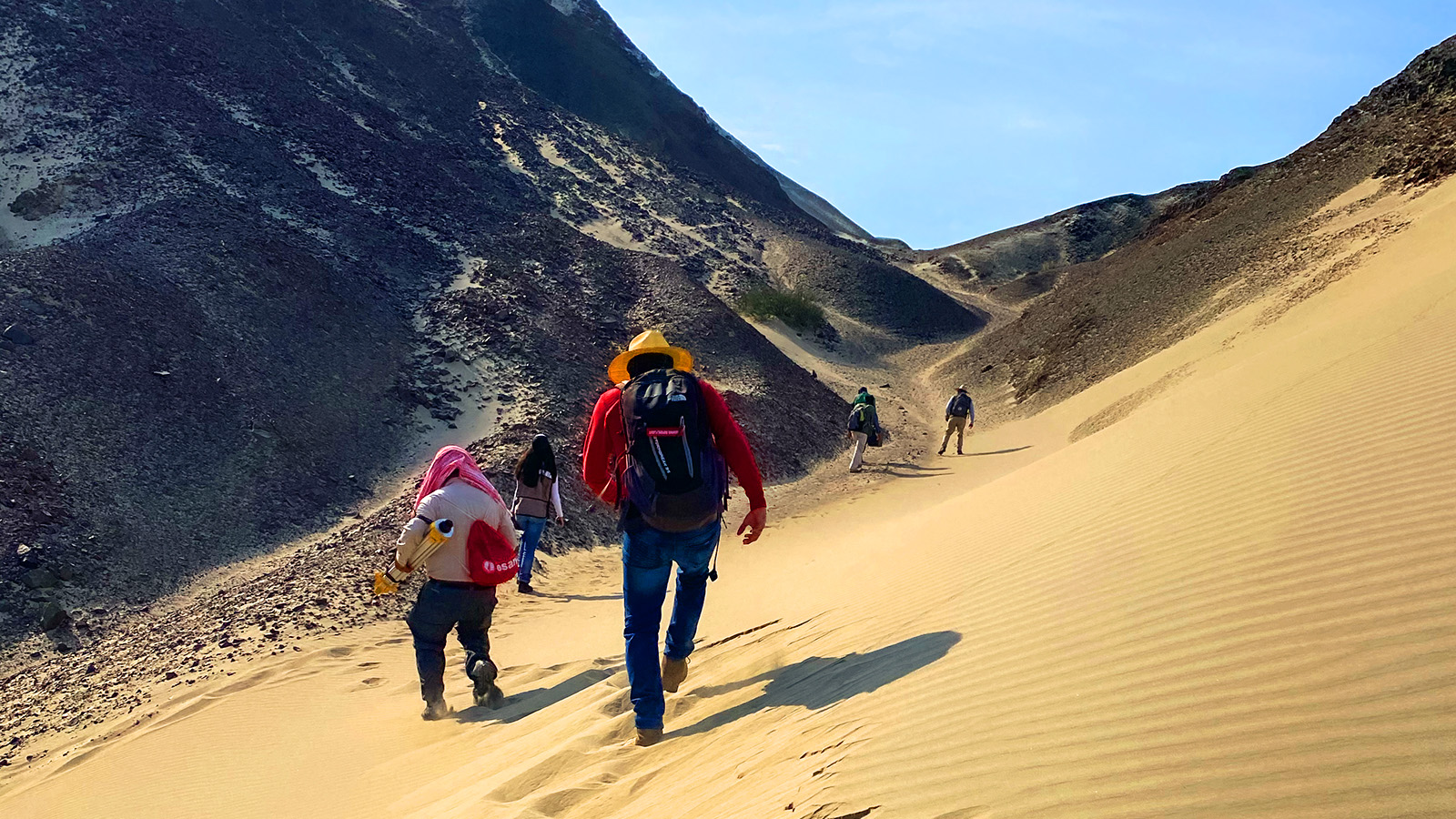 Using digital surveys to uncover the past

CoatzaDrone, a service provider in across South America, has been contracted to assist in using drones, RPAS, GIS, and satellite imagery to identify unusual terrain features that could be associated with the geoglyphs. Their mandate was to create 3D models that are faithful to the terrain and individual objects. This includes morphological analysis of the land. Alvaro Ruiz led CoatzaDrone's team and traveled to the Ica sites 306 km south of Lima, where they found over 100 geoglyphs in the Cerro Pico Archaeological Landscape area.

They chose to use two products from Pix4D: the online photogrammetry platform PIX4Dcloud, and the mobile terrestrial scanning app PIX4Dcatch. The former product was used for aerial mapping and processing datasets captured with drones. The detailed orthomosaics and 3D analysis of the terrain have been used to search for new geoglyphs. Meanwhile, PIX4Dcatch was deployed to create 3D models of individual relics and objects. This includes pottery and goldsmith work. The 3D models are being used to measure and study the form and style of the pieces, which can then be added to records to study these objects alongside others. Overall, this project is resulting in outputs that include material analysis, photos, drawings, 3D models, and an archaeological inventory.

Creating 3D models of ancient artifacts with a mobile phone

To gather data for a 3D model from a mobile device, the camera from the phone is used by PIX4Dcatch to gather images from various angles all around the device. To make sure they took the necessary care with this project, the objects were carefully held by archaeologists while Alvaro Ruiz used PIX4Dcatch to capture images of them. This workflow helped protect the fragile objects and has been replicated by other teams using 3D scans with mobile devices for archaeology. These images overlapped enough to be stitched together on PIX4Dcloud to create a 3D model that was shared and analyzed with ease. 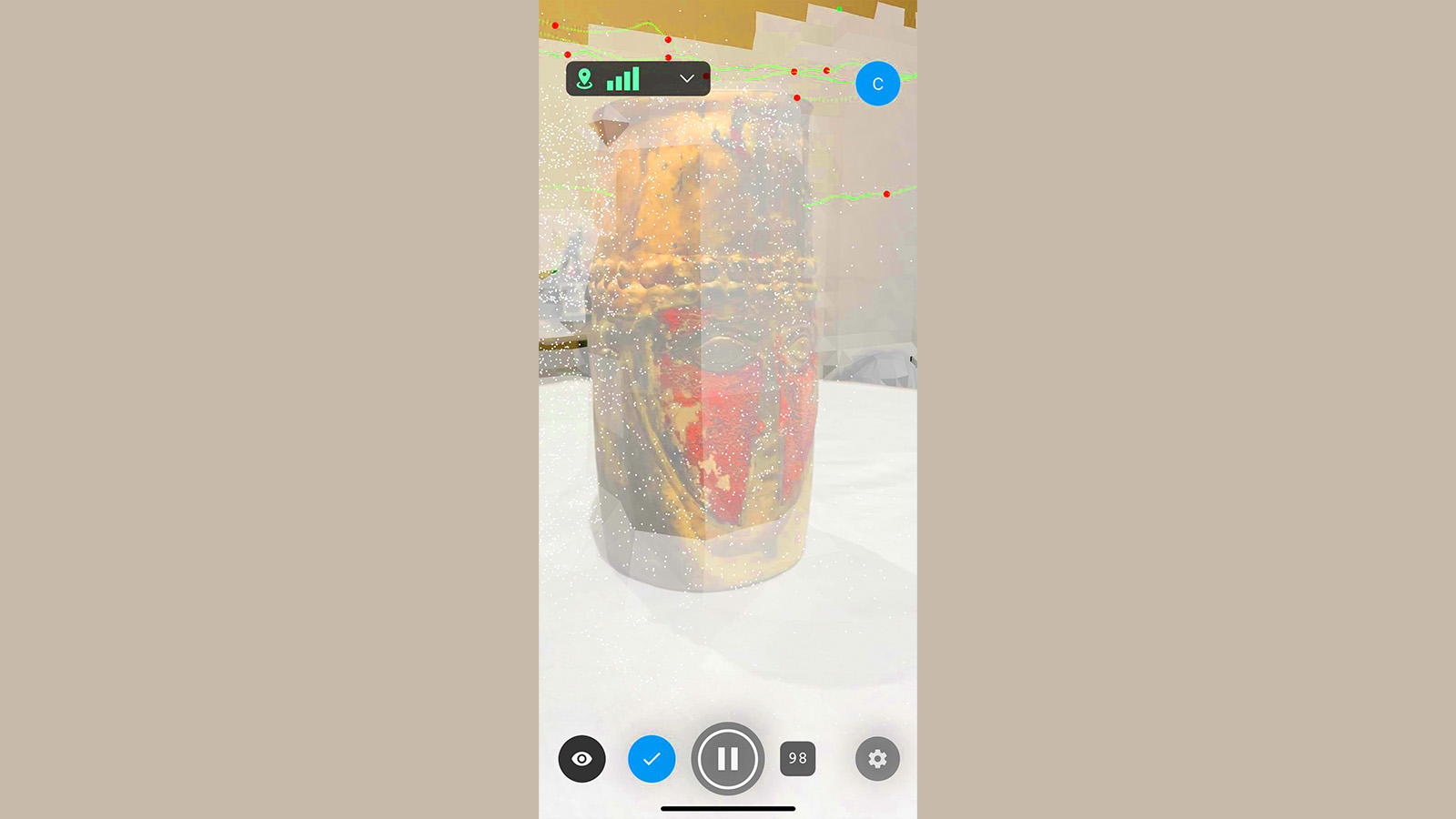 For the drone flights, CoatzaDrone obtained permission from the local authorities to fly their drone and collect data. The Peruvian Ministry of Culture provided them with permission and support. CoatzaDrone captured images that they also uploaded to PIX4Dcloud to process their surveying results online.

The reasons behind choosing these two products were very simple. “The software is easy to use and gets good results”, says Alvaro Ruiz. Because the two products are both from Pix4D, their native integration allows for a very straightforward workflow that minimizes the time wasted checking data uploads between programs. PIX4Dcloud is often used by construction teams who want to track site progress by comparing changes over time. Similarly, this project took advantage of the online processing that would facilitate even easier sharing of results. This is key in research, as better communication between colleagues and researchers will help answer each other’s questions. 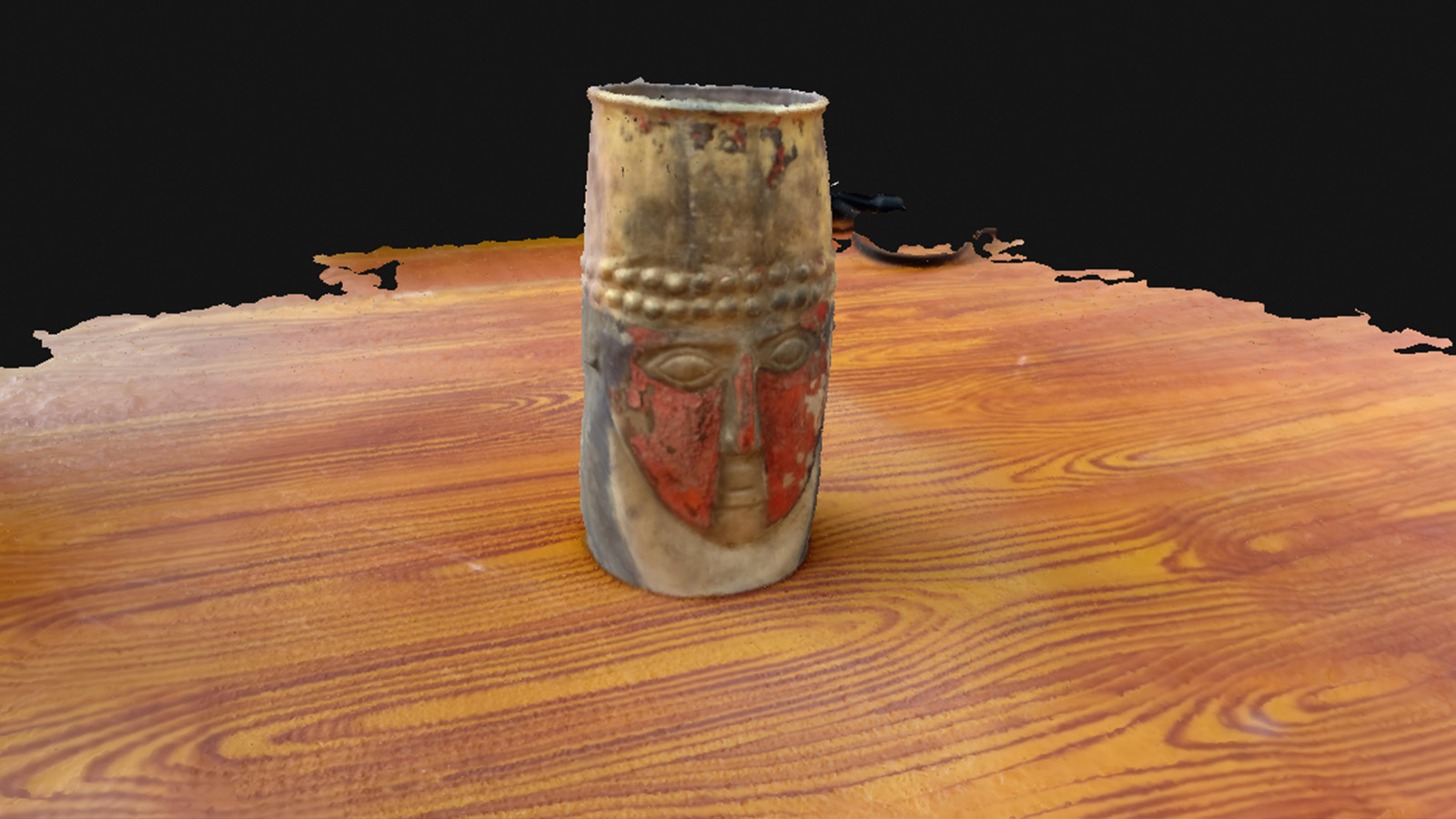 Thanks to using mobile scanning as well as aerial surveying, the Geoglyphs of Ica Archaeological Project is able to take advantage of both the large and small scale benefits of photogrammetry. The models from PIX4Dcatch are proving to be valuable resources in analyzing delicate artifacts without touching them (and therefore exposing them to further risk of breakage), whilst the aerial maps have been used to identify more geoglyphs and potential sites to investigate next.

“The positive impact of this type of reconstruction will influence the way archaeologists use modern technology to learn more about our past - and hopefully, guide us to new knowledge and cultural heritage.” - Alvaro Ruiz, CEO of CoatzaDrone

Incorporating modern technology with the exploration of the past perfectly embodies the spirit of photogrammetry - which originated in the 1850s. The range of applications for photogrammetry is seen by CoatzaDrone themselves, who have been working on this intricate project as well as large scale solar panel inspections in South America.

The potential is unlimited, whether working on the ground or with drones. The seamless workflow from data collection to processing, as with PIX4Dcatch, PIX4Dcloud, or other Pix4D software such as PIX4Dmatic, is also a huge step forward in making the use of these products more popular and widespread as the ease of use will inspire greater adoption.