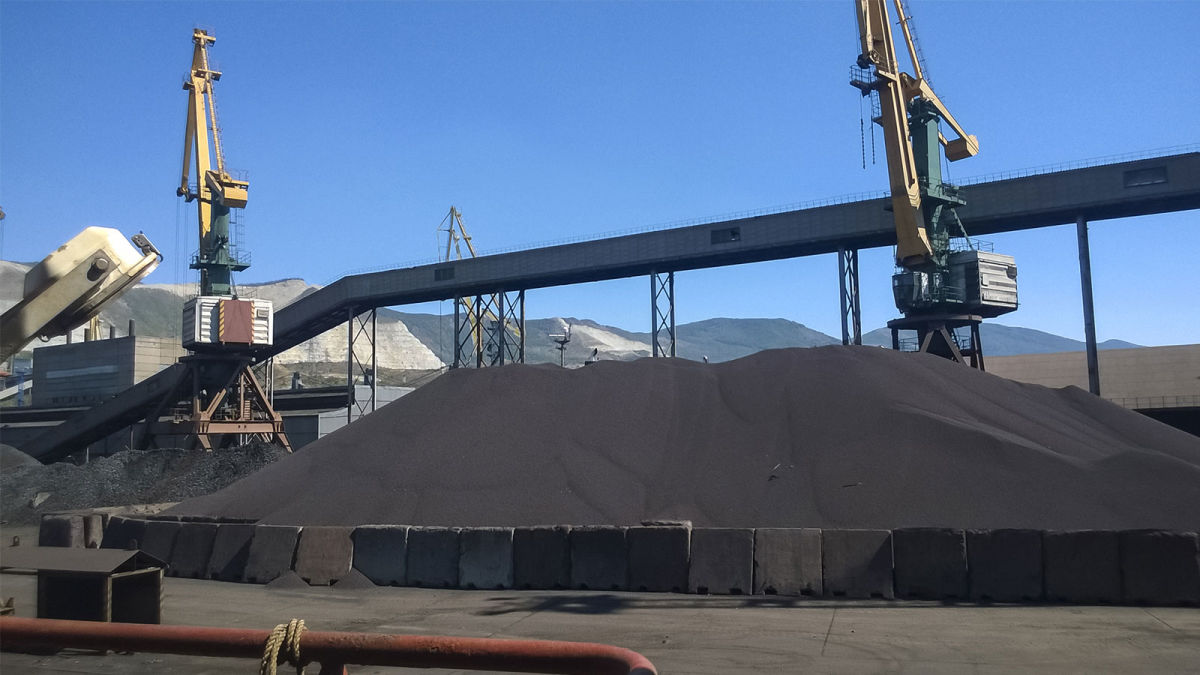 January 16, 2019
Quality, efficiency - and drones. In a global first for the company, PwC UK has undertaken a stock count audit with drones and Pix4Dmapper.

Over the past decade, the UK has been steadily phasing out its coal-fired power stations. The site at Aberthaw, South Wales, is among the last. Run by RWE, one of Europe’s largest energy firms, the Aberthaw power station was the most advanced in the world when it opened in 1960.

It’s still using advanced technology today. As well as replacing some of the 5,000 to 6,000 tonnes of coal burned each day with renewable biomass, in a first for the station and for auditors PwC, a recent stock count audit was completed with drones. 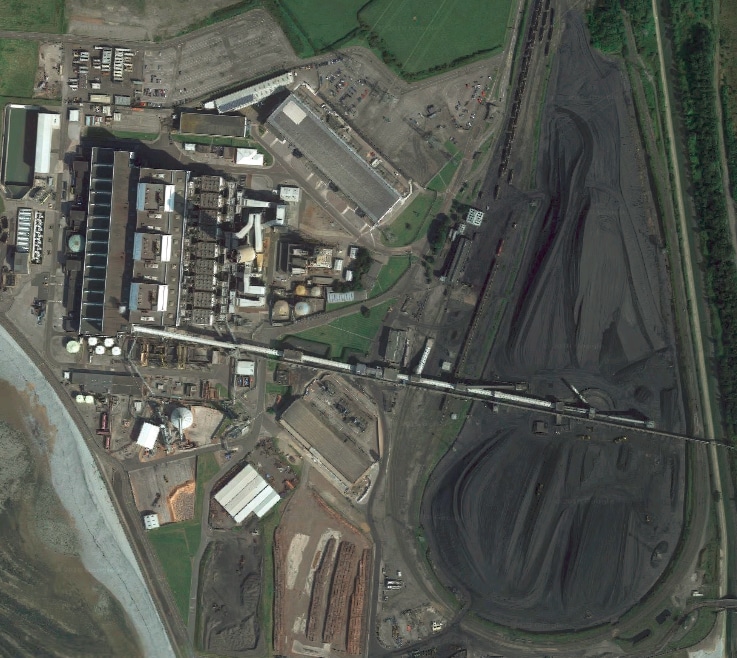 A drone's-eye-view view of the Aberthaw power station

Auditing the stock pile with drones

Auditing the stockpiles is an essential part of running the Aberthaw power station. Richard French, audit partner at PwC, explains: "Coal stock has a material value on RWE’s balance sheet, so we carry out an annual stock observation and evaluation as part of our audit process. We observe the manual coal count carried out by RWE’s external surveyor, then assess the resulting data which feeds into the financial statements."

One of the many stockpiles on the 200 hectare site was flown with a fixed-wing drone by QuestUAV. The PPK drone gave the QuestUAV team confidence in their results. 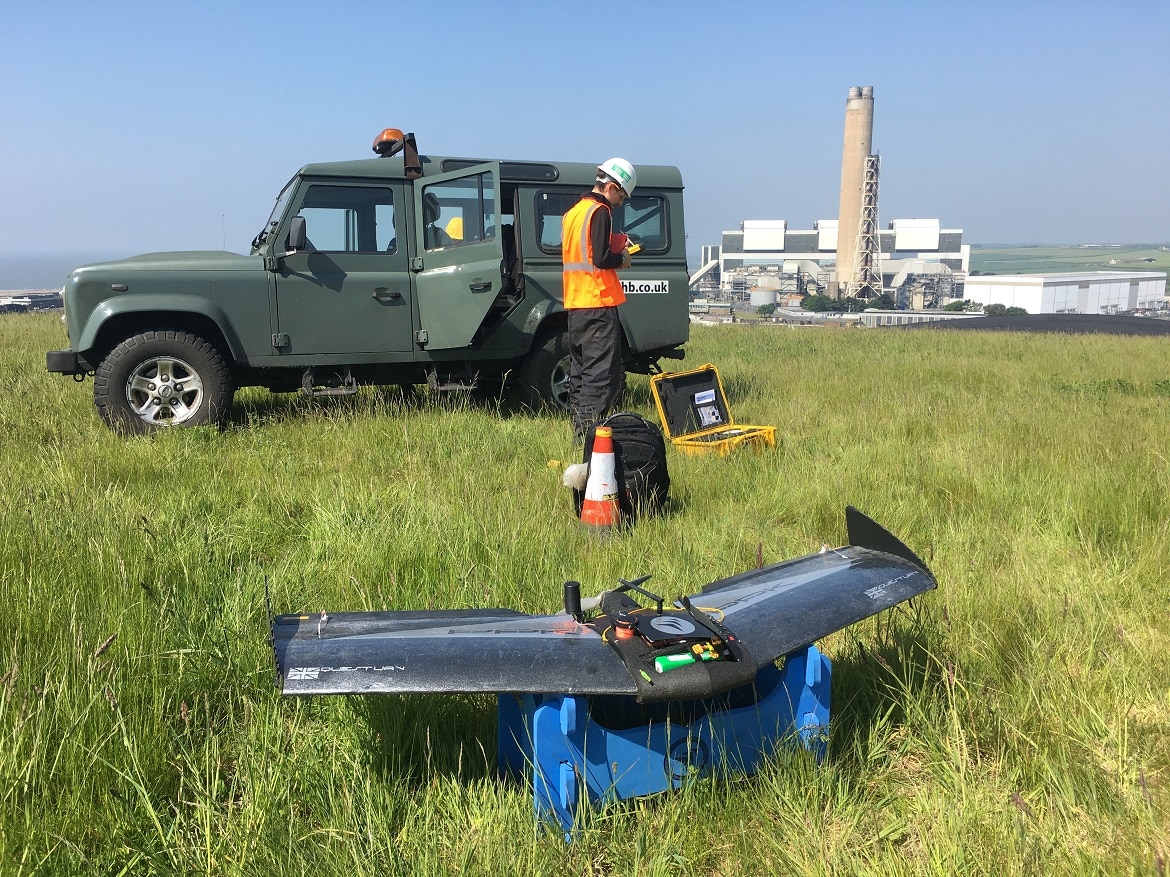 When the station opened in 1960, the coal piles were measured manually. Around 1,200 measurements were taken over four hours, disrupting work and machinery movement, and placed the person traversing the coal pile at risk.

An 85% reduction in time spent
French continues: “The traditional stock count method involves climbing over the coal pile and using a two metre GPS tracking pole to measure the area and elevation from the ground at various points. The data is then used to build a contour of the reserves and estimate its volume.”

In contrast, the drone flight was completed in half an hour - an 85% reduction in time spent - without having to interrupt work elsewhere on the site.

To interpret the 300+ images taken at the site, the team used Pix4Dmapper photogrammetry software on desktop.

Using photogrammetry, the team could recreate the stockpile in 3D, ready for its digital inspection. The ‘digital twin’ of the stockpile allowed the team to easily measure its volume. Based on the final measurement, the coal’s value was calculated with 99% accuracy, compared to traditional surveying methods. 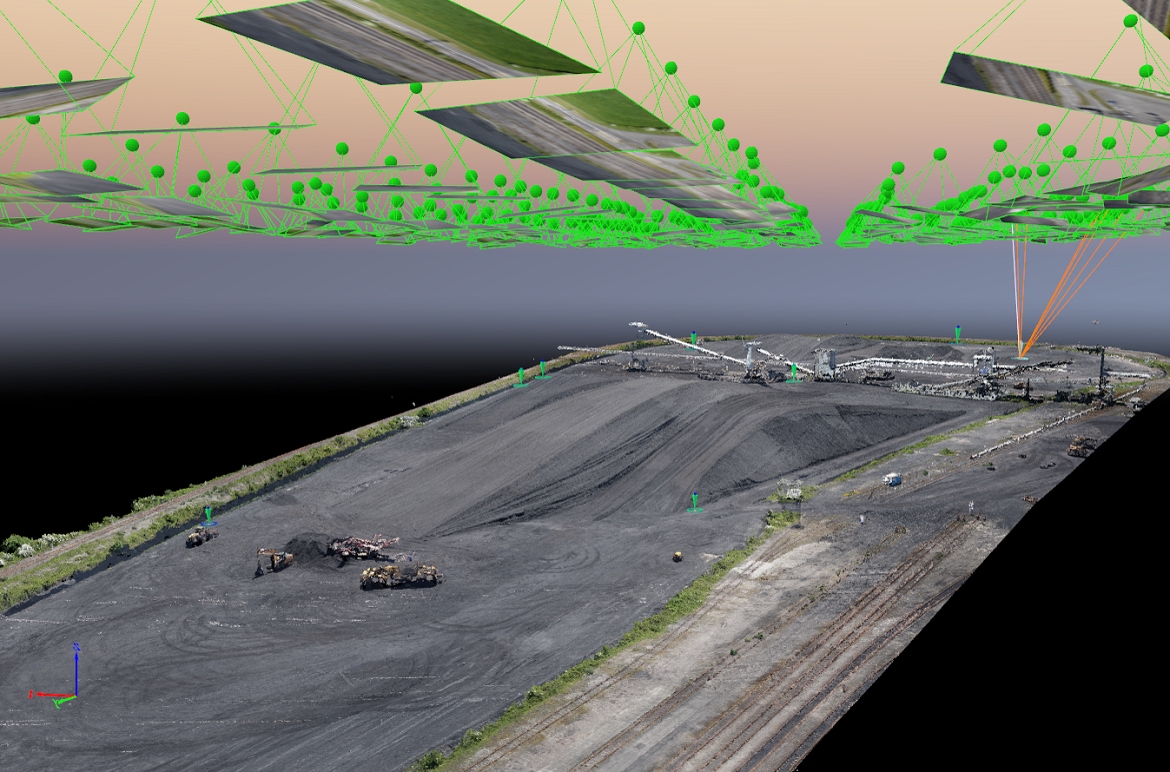 The stock pile images are processed in Pix4Dmapper

Hemione Hudson, head of assurance at PwC, commented: “Drones are just one of a number of technologies that could improve audit quality in different ways across different sectors. But maximising the benefits of emerging technologies is reliant on having the right people with the skills to interpret the resulting data.”

The team was able to conduct an audit of the stockpile 85% faster than traditional methods. 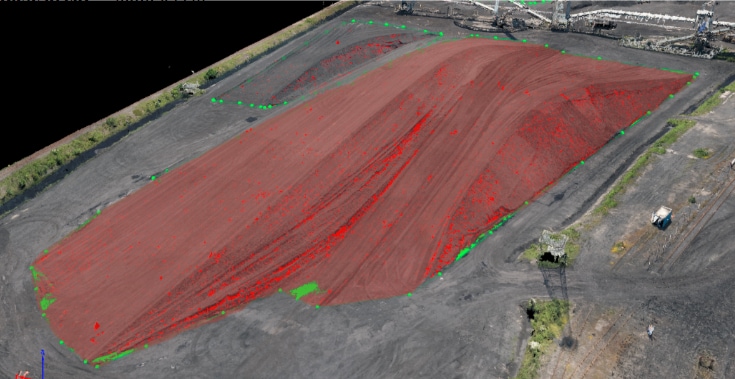 The digital twin of a stock pile, ready for digital inspection

In parallel to the fixed-wing inspection of the coal pile, a multi-rotor drone was flown over the wider site. The results of this flight helped with an improved understanding of the landscape around the site, which is important for vegetation management. The project also provided insights of the health and maintenance of other power station assets.

This was a global first for PwC, but the company has written before about the potential for drones and other emerging technologies.

Elaine Whyte, UK drones leader at PwC, added: “This trial with RWE... demonstrates the powerful new perspective that we believe drones can offer for businesses across a wide variety of industries. Sectors with large assets in hard to reach areas are the most obvious starting points for expanding this kind of work further - from mining to agriculture and forestry.”

“Our recent economic report showed that drones have the potential to not only improve UK productivity, but also offer significant net cost savings for businesses to the tune of £16bn by 2030. In this case, drones have allowed us to trial a more efficient service which has the potential to save both money and time, while allowing us to deliver greater insight too. There is also a clear health and safety benefit to using drones for this type of work, without someone having to climb over the coal pile.”