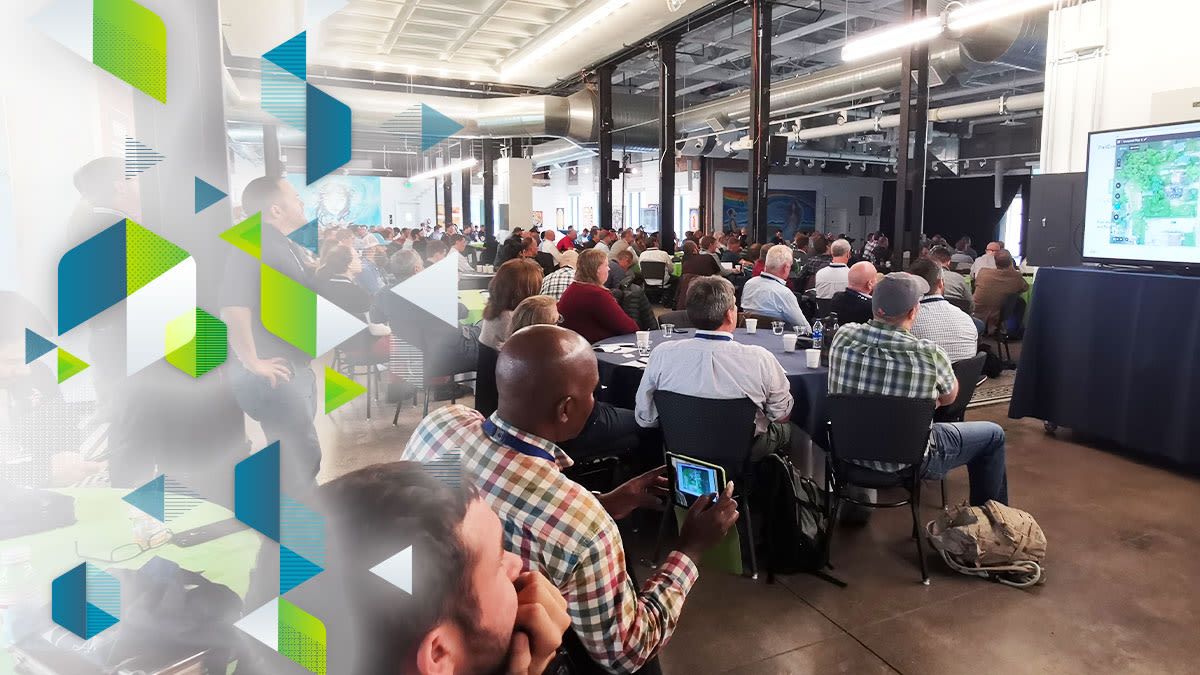 October 3, 2019
“This is something big.” Read on for highlights from the first ever Pix4D User Conference.

On October 2nd and 3rd, 2019, more than 250 surveyors, drone mappers and GIS-experts flooded into the iconic McNichols Civic Center Building in Denver for the first ever Pix4D User Conference.

The sold-out conference began with a keynote presentation from Pix4D CEO and founder, Dr Christoph Strecha. Photogrammetry, he said, has come a long way since his PhD on the subject in the early 2000s.

A new chapter for photogrammetry

The Pix4D User Conference began with a bang. We were proud to announce two new products: Pix4Dreact and Pix4Dsurvey.

Pix4Dsurvey: bridging the gap between photogrammetry and CAD

We know that for many users, the point cloud is just the first step. But the data collected with photogrammetry, while valuable, is often too dense for CAD and other drafting programs. That’s why we created Pix4Dsurvey.

Currently in beta testing, this software is evolving with the needs of the users, and will be released in early 2020.

“In a tremendous amount of applications, this is a product that is going to do a lot of good,” says Pix4D’s Angad Singh.

The fast-mapping software was designed specifically for the public safety and emergency response sector. With just a few taps, the new Pix4D software can create accurate 2D maps.

Singh demonstrated by creating a map in Pix4Dreact with just 4 taps and in only 48 seconds.

Currently in beta testing, Pix4Dreact is slated for release this October, and will be priced affordably for nonprofits and local authorities.

Pix4D Users were the real stars of the Pix4D User Conference. More than 35 users took to the stage to share their stories drone mapping, GIS and the tech that’s changing the world.

Some stories touched on the big themes of the conference, such as Hyun Choi’s presentation about using Pix4D technology in humanitarian and disaster management work.

Choi worked with the Kenya Red Cross to determine flood areas so that vulnerable populations could be moved out of the danger zones before the rainy season.

Other users gave advice, such as Jonathan Ellinger of S&F Land Services, who said: "Anyone can fly a drone. Not anyone can process data well."

Ellinger’s top recommendations include visiting the Pix4D Community - and to never promise what you don’t know how to achieve.

Douglas Spotted Eagle gave advice on how to map after dark. His main takeaway was that lighting is more important than post-processing: after all, if you put garbage in, you get garbage out.

Disruptors Flyability demonstrated the Elios 2 drone inside the venue. Designed to be flown underground, the same tech that protects the Elios 2 in a mineshaft also makes it safe to fly around people.

Other users attended sold-out training workshops before and after the conference, and even created a 3D model of the McNichols Civic Center Building - see it here on Pix4D cloud.

What’s next for Pix4D and photogrammetry?

Conversations over coffee and at the Tie Point networking event revolved around drone flight regulations and how BVLOS (beyond visual line of site) will evolve the technology.

Everyone agreed: this is something big. 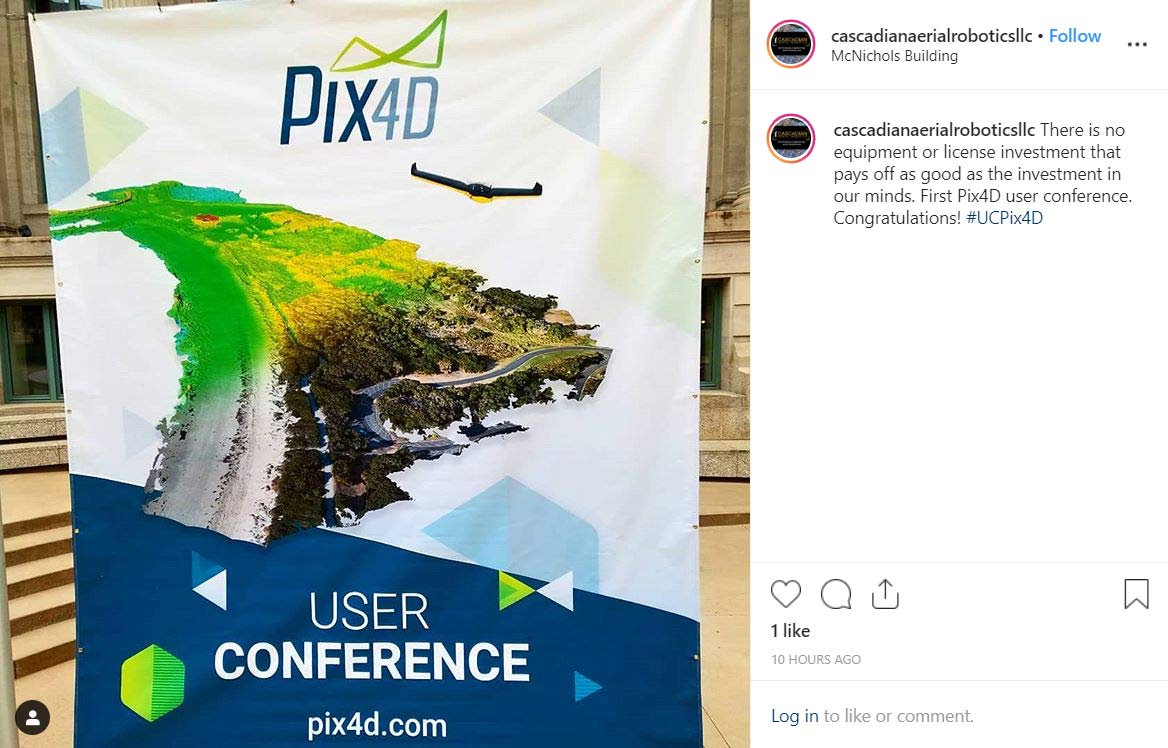 Sign up to be the first to hear about the next Pix4D User Conference.