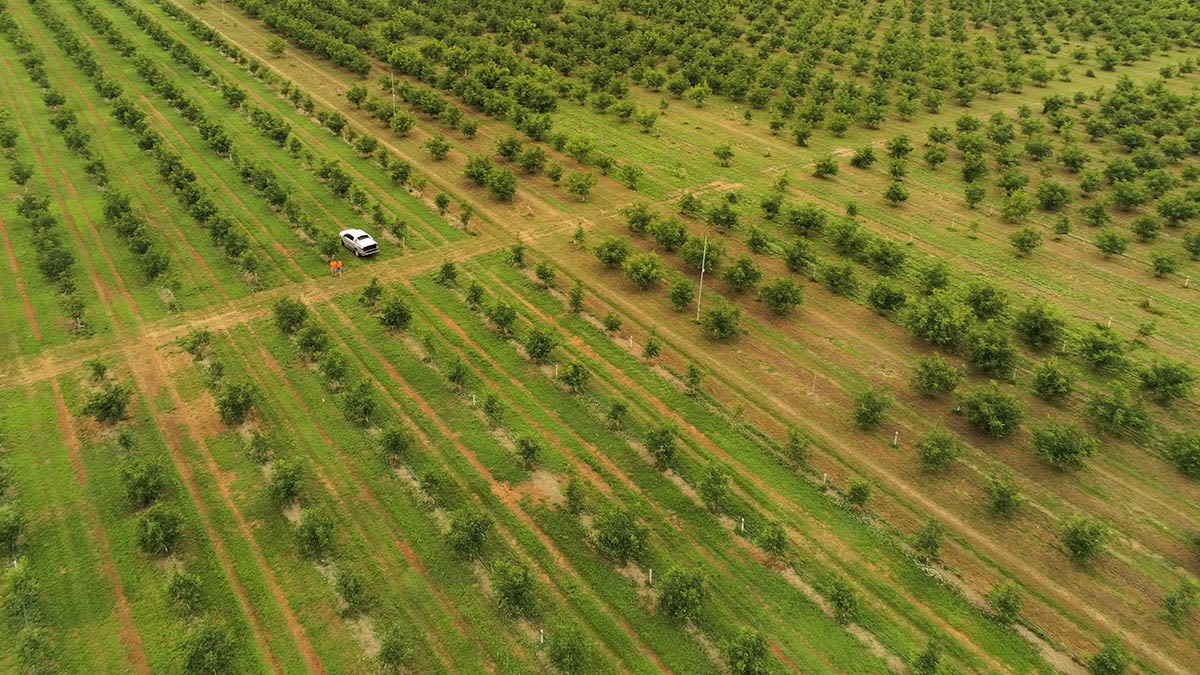 Agrigeodrone company started from an agricultural conversation between two friends who saw the great potential of new methods in the industry. The projects they work on are mainly experimental, collaborating with agronomists and farm owners on different farmlands in the Ferrara region of Italy.

The goal of these projects was to understand the applicability of drone mapping of the individual crops and to make sure that all stakeholders involved understood the actual reliability of the data and the consequent economic return.

All of the projects were completed with a DJI Matrice 100 drone equipped with a Micasense RedEdge-MX multispectral camera and with Pix4Dfields for processing and crop analysis. 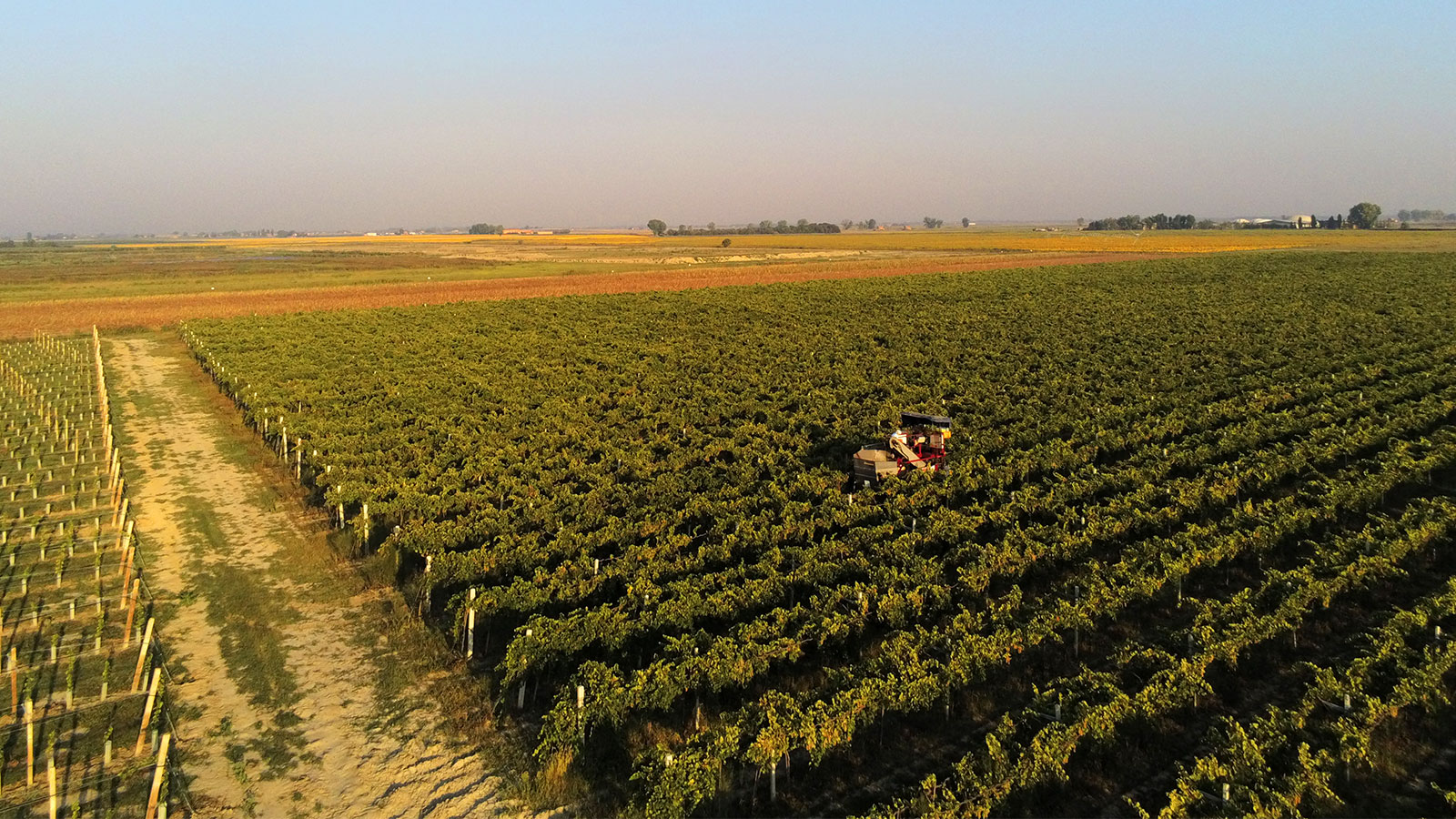 The vineyard was initially scouted with a drone for any visible issues. The analysis pointed out the plants were showing stress which was not visible to the naked eye. Using the maps created in Pix4Dfields, the company was able to intervene with localized treatments, focusing only on areas that showed the most stress. This helped save resources by tailoring distribution of treatment to suit the needs of the vines.

On the second flight, after the prescriptions were used on the crops, the results showed big improvements in the stressed areas. This subsequently solved the issue and increased the vineyard production by 10%. 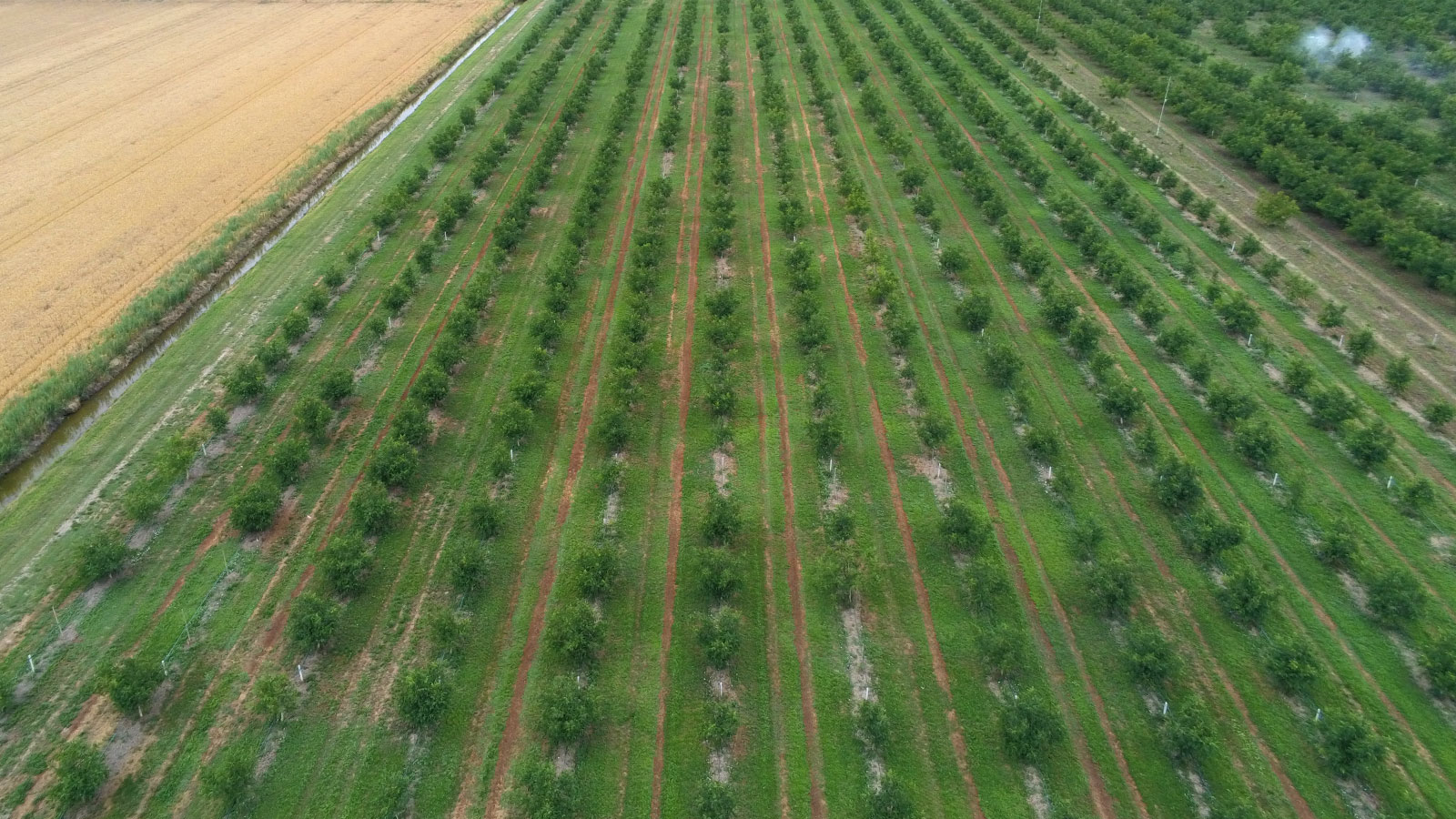 The initial checks the team did on walnut trees were for the vigor of the plants. Walnuts are a high-value crop and require a thorough and accurate analysis because each tree counts. After the first flight, it was apparent that some trees were showing signs of stress.

However, the second flight focused only on the stressed areas because the first flight didn’t highlight the problem in enough detail. By adding the agronomist’s experience to the equation, the results showed that the plants which originally seemed under stress were actually younger trees.

The index was showing correct values, however different senescence plant stages will give off different spectral signatures. This analysis highlighted that it is important to factor in all the variables to understand the crops and what is being detected in order to give more precise answers. 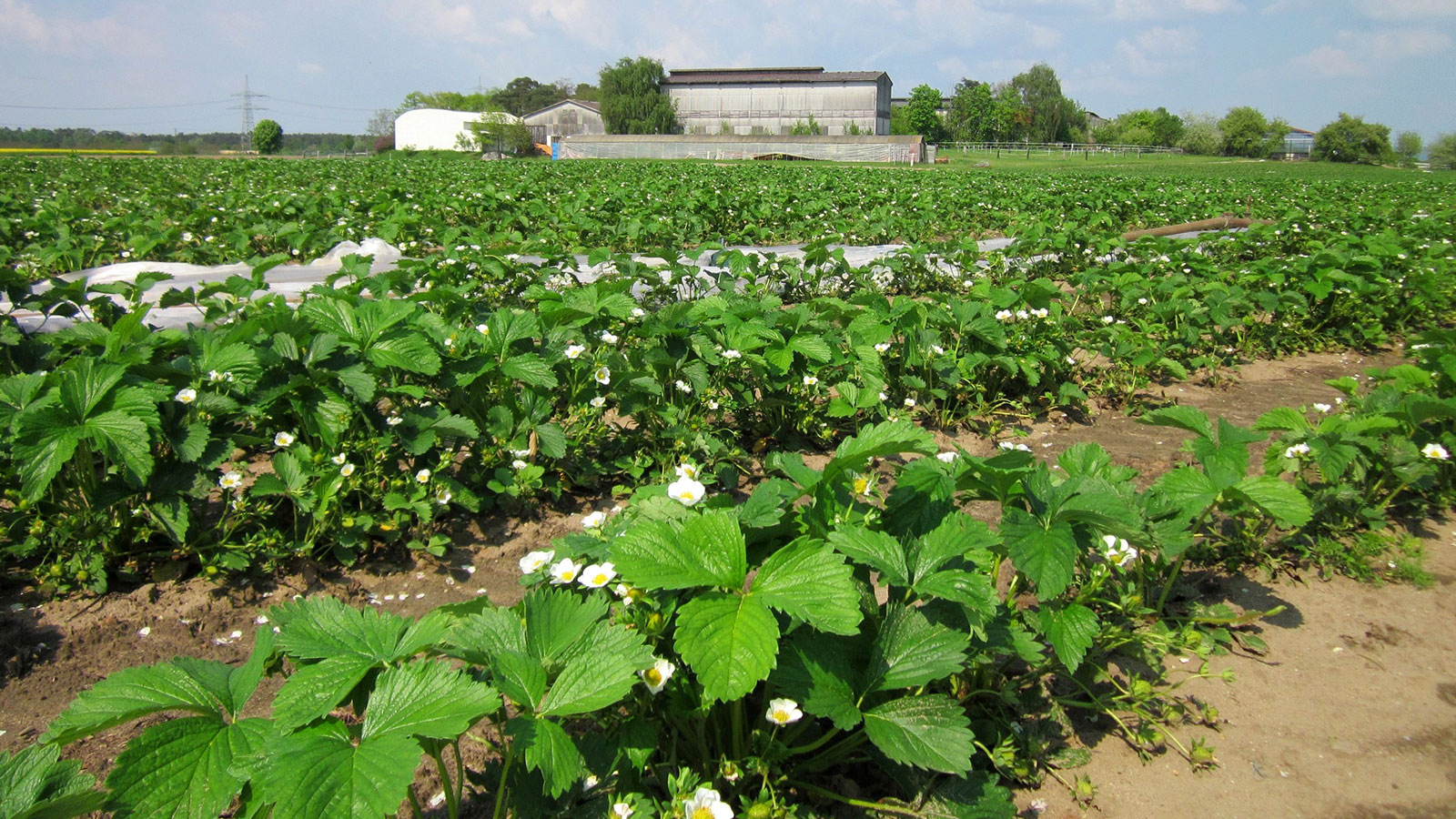 When and if managed efficiently, strawberry production can offer growers a high-profit return. Strawberries are highly susceptible to different risk factors like pests, weeds and weather conditions - hail being one of the most damaging ones. A lot of effort and money is invested into protecting high value crops like strawberries, from irrigation tunnels to anti-hail systems.

Drone mapping was done on strawberries under anti-hail netting. In situations like these, the values in index maps can present very differently because of the nets covering the crops. However, because the nets are systematically used over the nursery, relative values showed surprising precision in the NDVI map, which was later confirmed by the actual status of the crops in the field.

Luca Raimondi, the Agrigeodrone co-founder, shared his enthusiasm and optimism about incorporating Pix4Dfields into his workflows going forward: “I would say without a shadow of a doubt that Pix4D will accompany me in the processing of all my data in the coming years and hopefully prosperous years of work”.

“The project data and results we shared with companies and stakeholders we worked with were more than satisfactory. Pix4Dfields was crucial for these projects as it helps us deliver results faster but also explain the results in an intuitive and visual way.” Luca Raimondi, Agrigeodrone

All three projects demonstrated that drone mapping gives an insight into crops that is otherwise challenging to achieve as quickly with the naked eye. Specialised software for agriculture like Pix4Dfields offers tools for analyzing different crops but can also help to better understand different stages the crops are going through. Stakeholders, once equipped with accurate information can make decisions and collaborate with specialists to get more out of their farmlands. 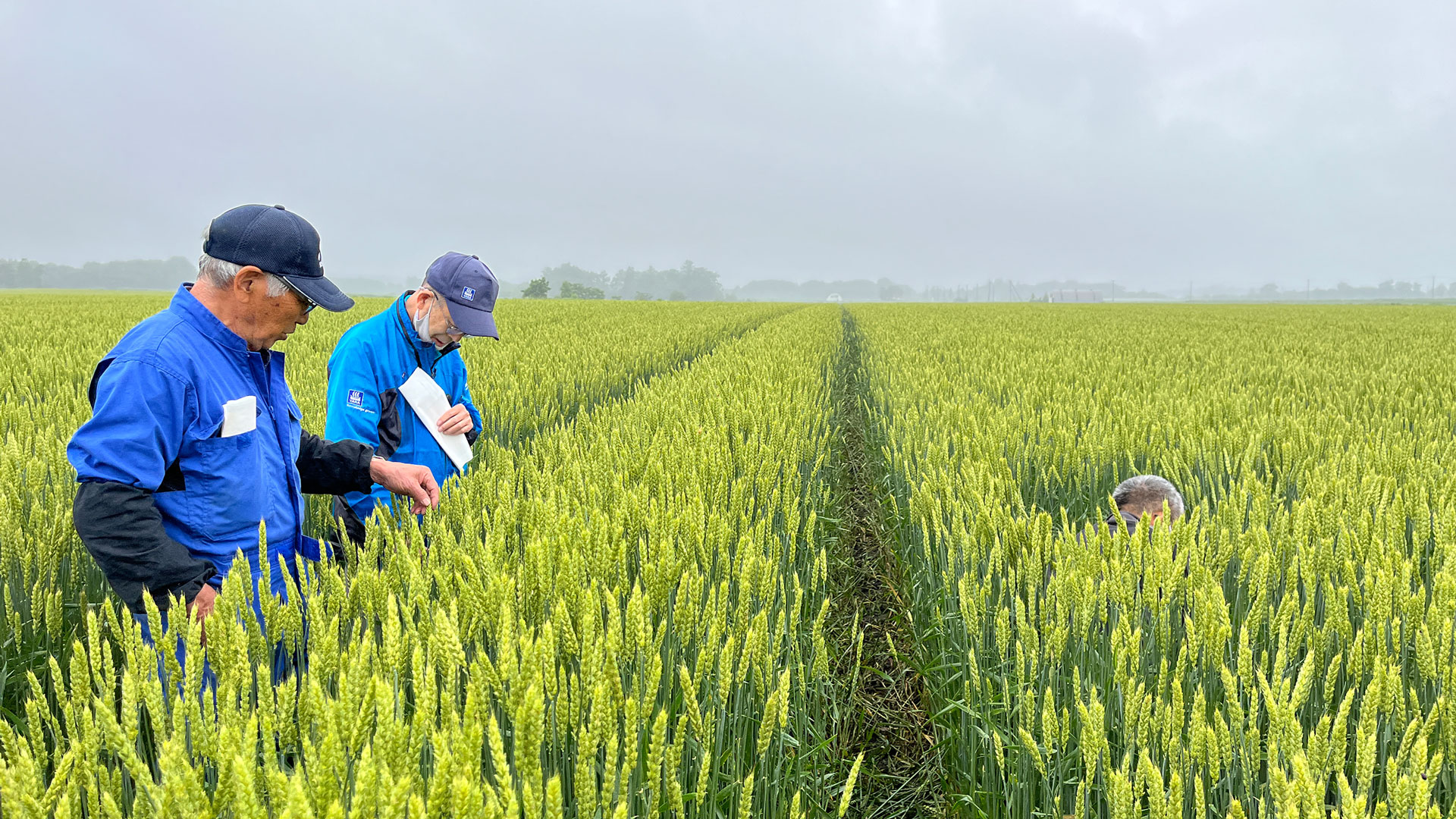 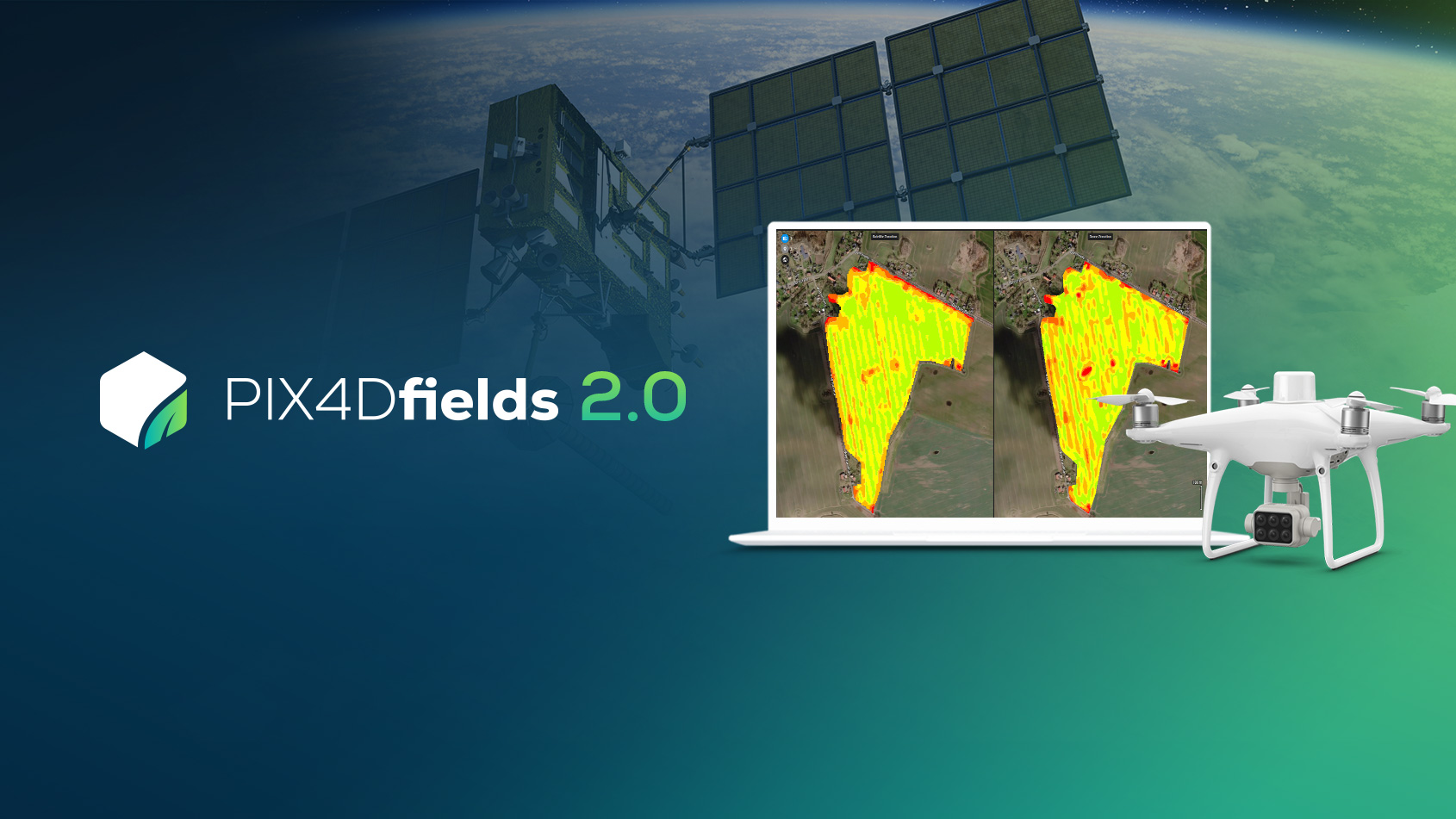