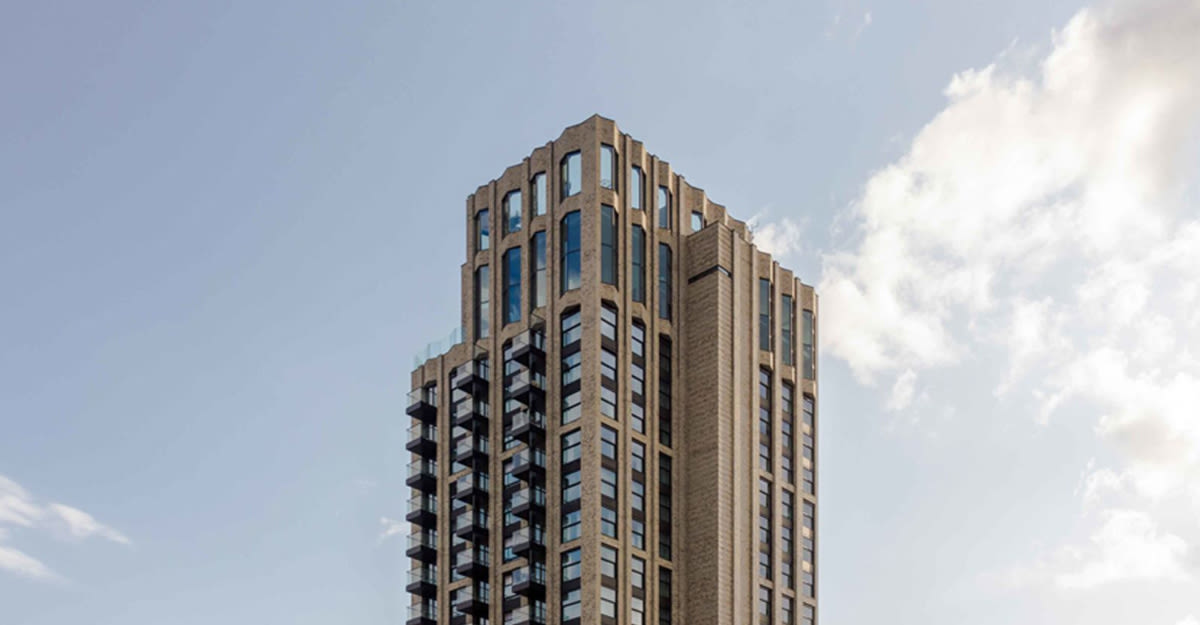 The power of visual documentation in construction

March 29, 2020
On top of all the typical construction project challenges, VolkerWessels had to also meet the requirements of a new quality assurance law.

“Two years ago we were looking for an innovative tool to capture data and to compare as-built vs as-designed. At the same time, a new quality assurance law was introduced in the Netherlands,” explains Stijn van Schaijk, BIM Process Manager at VolkerWessels “According to this law, we have to be able to prove at any time that we’re building according to our models - therefore we need to have the project situation at any given day as proof.” This is a notoriously tricky issue - and as his role of Process Manager involves integration of the digital construction processes, van Schaijk was interested in being part of the solution.

Luckily: “We found the CraneCamera solution. It perfectly fits our needs and we’re using it on our projects ever since,”says van Schaijk.

How does the Pix4D CraneCamera solution work?

Images are wirelessly sent to a linked Pix4Dcloud Advanced account, where they are automatically processed and transformed into 2D maps and 3D models. The results are accessible online and can be reviewed from anywhere in the world.

In the beginning of 2018 VolkerWessels’ team undertook the construction of a residential building in Eindhoven, the Netherlands which was also their first project with the Pix4D CraneCamera solution.

The Onyx Tower stands 83 meters high, and is crowned by a coronet of lights. The residential building contains 135 apartments and a commercial area. 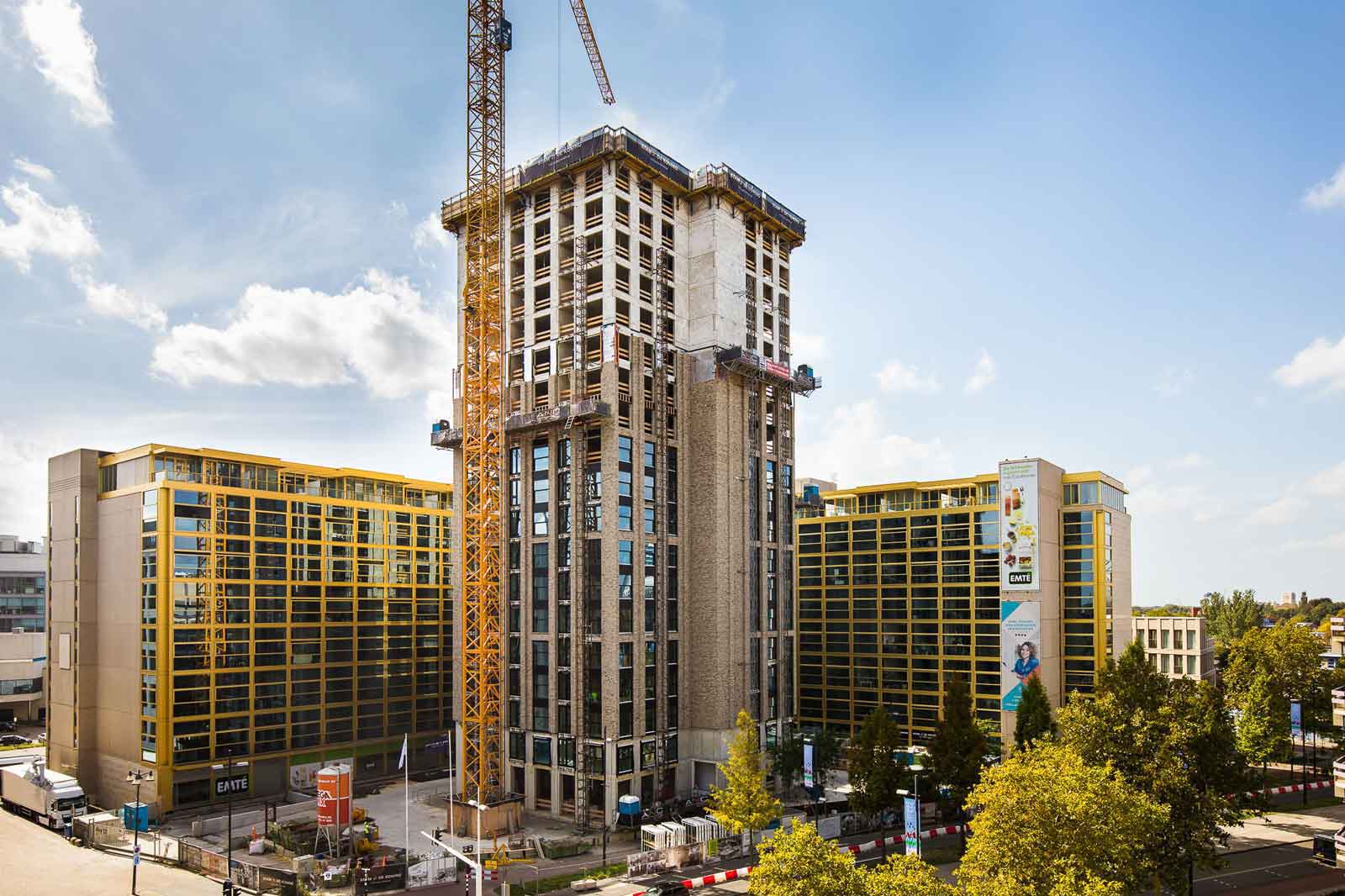 Every project inevitably has its challenges. And the Onyx Tower project was no different.

The first challenge ahead of VolkerWessels was to comply with the new quality assurance act in the Netherlands. Applied throughout the country, the new law transfers the responsibility from the government to the construction companies to make sure construction projects pose no danger to people or the surrounding environment.

“Every company must be able to prove at any time that it does everything according to their drawings, for instance that the BIM models are made, according to the drawings,” says Stijn van Schaijk.

Although the new law is not yet active, VolkerWessels wanted to prepare for it by trying the newest technologies in the industry.

One of the major challenges VolkerWessels had with the project was the limited space. “Located in the city centre of Eindhoven, our project had limited space and a very small jobsite where every centimeter counts. Every mistake in this regard leads to a lot of consequences and potential delays. Initially, we had flown some drones but in the city centre it was not the best option and the Crane Camera was the alternative we were looking for,” says Schaijk. 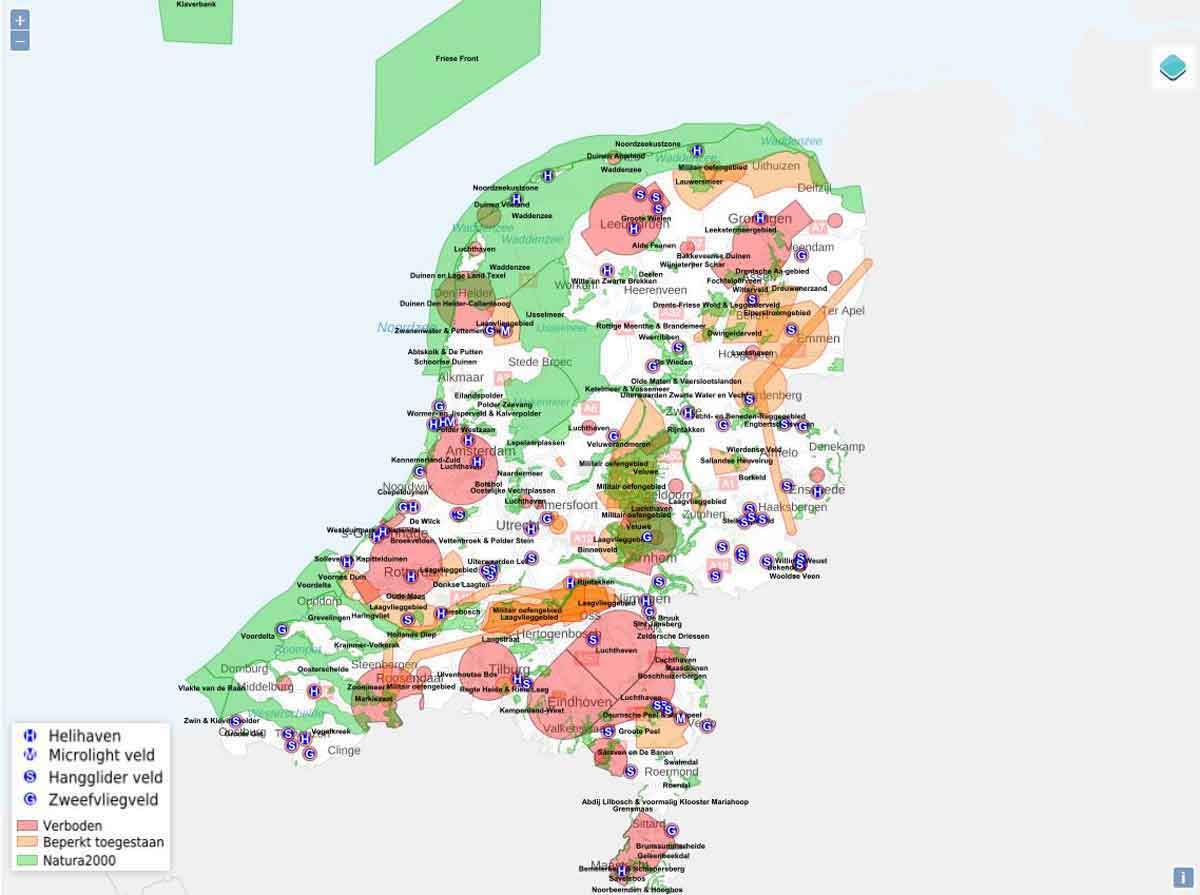 Drone regulation map of the Netherlands

VolkerWessels’ team often has to deal with drone regulation law. The map above shows different regulated areas in the Netherlands. In every area no matter whether green, red or orange, you need permission to fly a drone. “80% of our projects are in zones which are regulated - it takes a lot of energy and time to fly drones. That’s why we are so happy that we found the CraneCamera solution,” comments Stijn van Schaijk.

The need for daily progress tracking

Because of the tight jobsite space, the project had logistics challenges - traffic around the site had to be avoided, so everything had to be installed in the right place at the right time.

“In order to keep on track and avoid logistics problems, we had to measure on a daily basis whether we are on schedule and according to plan. If there was a mistake, we had to immediately adjust things. The CraneCamera allowed us to be constantly aware of the project progress. We scheduled the data collection to twice per day which guaranteed that we can track the project constantly,” says Schaijk.

The benefits of finding the right solution

Building according to the new quality assurance act

“Due to the new quality assurance act we needed to keep our documentation system always up-to-date. We had to look for a smart way to capture images and use them as proof that we’re building according to the plans, that our BIM models are made according to our drawings. The CraneCamera happened to be perfect for that,” says Stijn van Schaijk.

Keeping project documentation up-to-date and in the right order

The images and the 3D point cloud models generated by Pix4D are of great value for VolkerWessels’ team - especially after a project has finished, when the team discusses the project. “People are always searching for images and they are not always sorted in a logical way, which always loses time. For instance, the superintendent is taking pictures with his phone and saving them on a folder on his laptop and it is very hard to find them. And the images from the CraneCamera are perfectly organized, they are searchable. Years after delivering the project we want to be able to access them; with the CraneCamera, this is all possible, “ comments Schaijk. 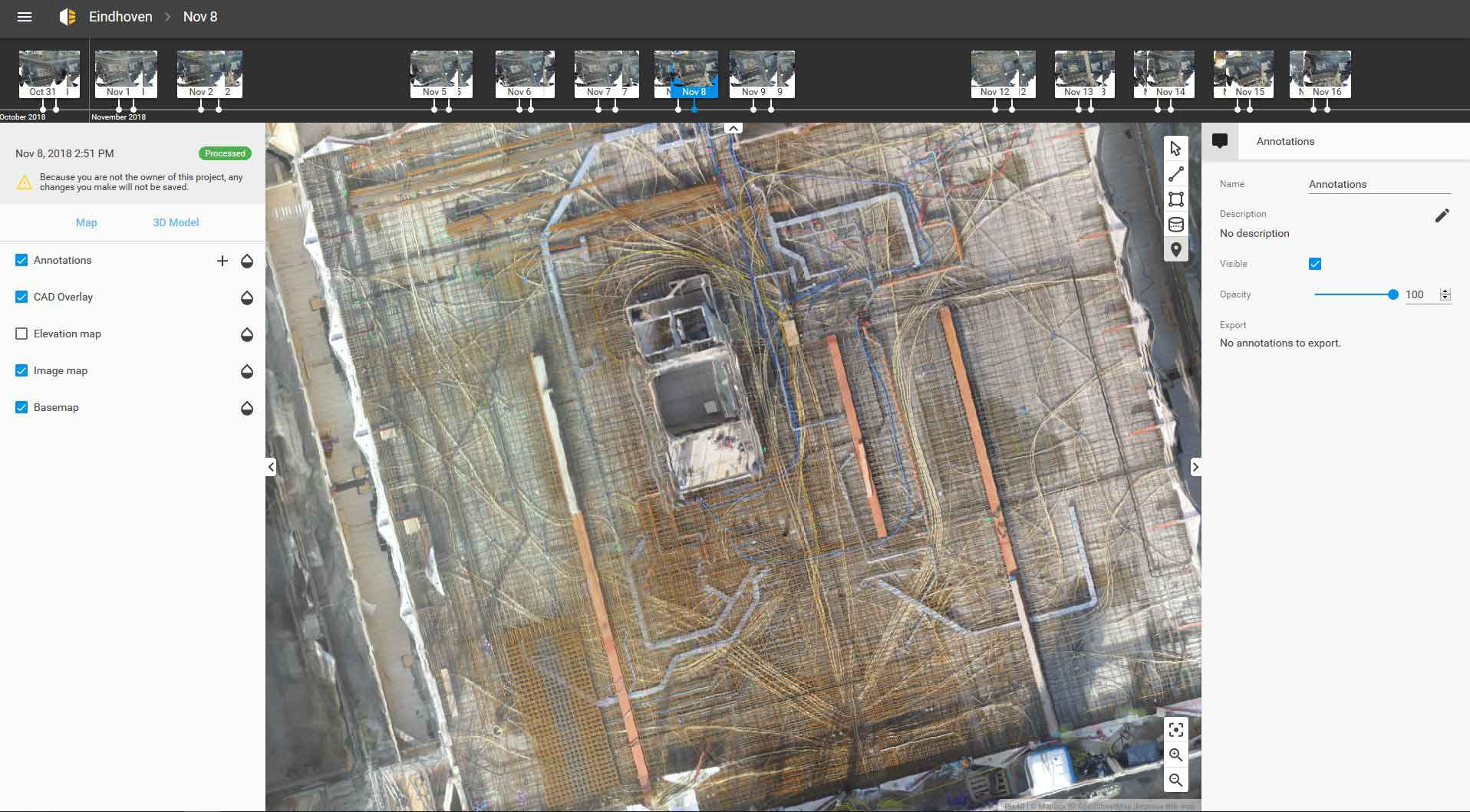 All data in one place thanks to PIX4Dcloud Advanced Timeline

Mistakes are seen on the same day

In order to be able to quickly visualize and measure the progress, the team used the CraneCamera as part of their progress measurement process. The cameras were scanning the project twice on a daily basis to guarantee that the project progress is monitored constantly.

“We used that info to see the progress of the site, and verify if we were on schedule, and if the quality was according to plans. If something was wrong, we could see it on the same day. Without the CraneCamera, the team wouldn’t be able to do it or at a very high cost,'' comments Schaijk.

80% faster than other methods

The project superintendent looked at the data on a daily basis on Pix4Dcloud Advanced, without leaving his office. “The tool is very easy to use. It was about one minute for the superintendent to see the progress. Overall, five to ten minutes per day were enough for him to check if everything was according to plan. Everyday, he was saving an hour thanks to the CraneCamera,” says Stijn van Schaijk. “Additionally, he didn’t have to climb the tower. For a 83-meter high tower, if he has to go to the upper level, it takes him thirty minutes just to climb it!”

Easy collaboration with team and stakeholders

VolkerWessels were working with many subcontractors as they were changing depending on the stage of the project. “There were many subcontractors which worked briefly on the jobsite. All of them had to know the jobsite and the past activities, understand what they have to do, and where they have to do it. The CraneCamera 2D and 3D data really helped us explaining them in a short time where they needed to work and what exactly. They were able to start their job almost immediately and this was very valuable to us,” states van Schaijk.

Liked this story? The Crane Camera solution also helped VolkerWessels avoid a costly mistake on their next project.

The Pix4D CraneCamera solution
Want to try it on your site?
Contact usLearn more