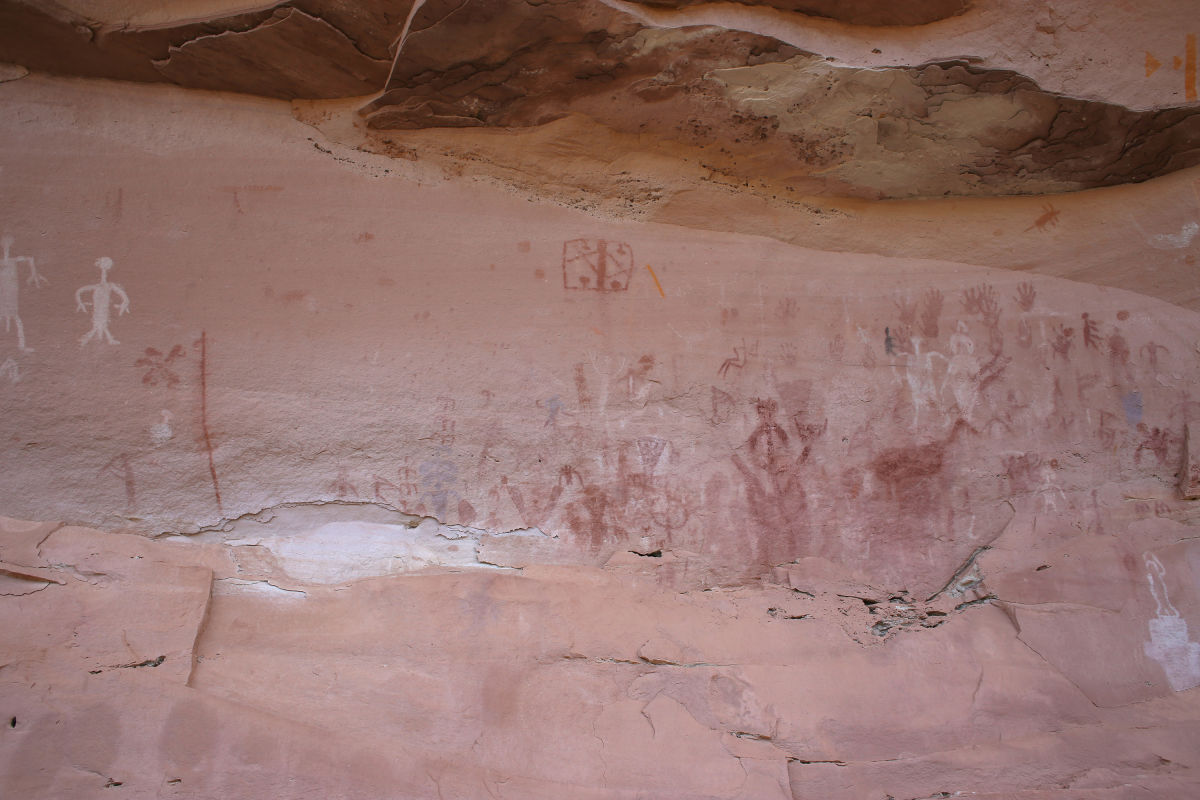 The site was first documented in 1973 by Brigham Young University; however, some of the pictographs have faded considerably over the last four decades. Consequently, the team’s primary goal was to digitally capture and preserve this ancient rock art panel’s pictographs, petroglyphs, and location before the cliff face deteriorates and the pigments fade. In addition, the research team wanted to test whether terrestrial photogrammetry could capture enough detail to accurately record prehistoric rock art panels. 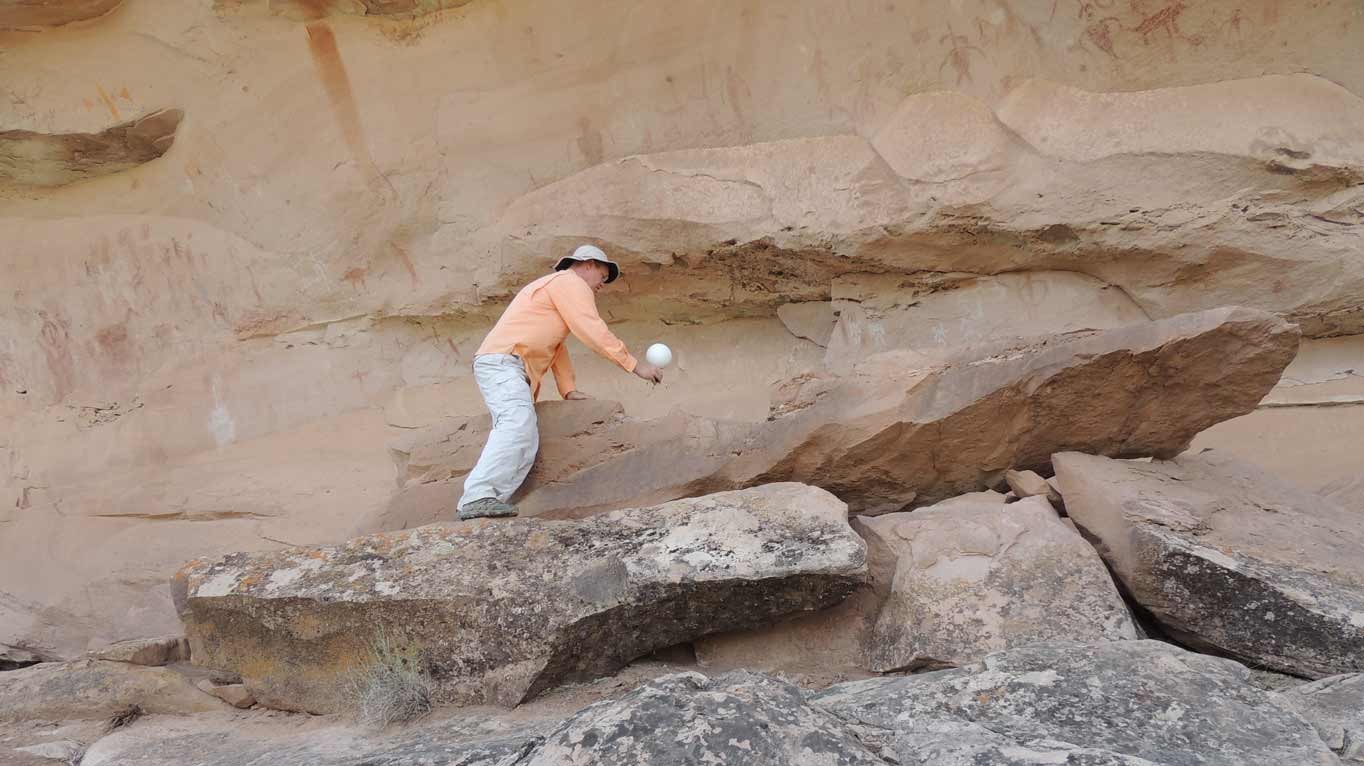 A total of 1261 photos were acquired at 5472 x 3648 pixels in RAW format. Photographs were taken in a columnar pattern from top to bottom and left to right across the entire 35 meter cliff face. 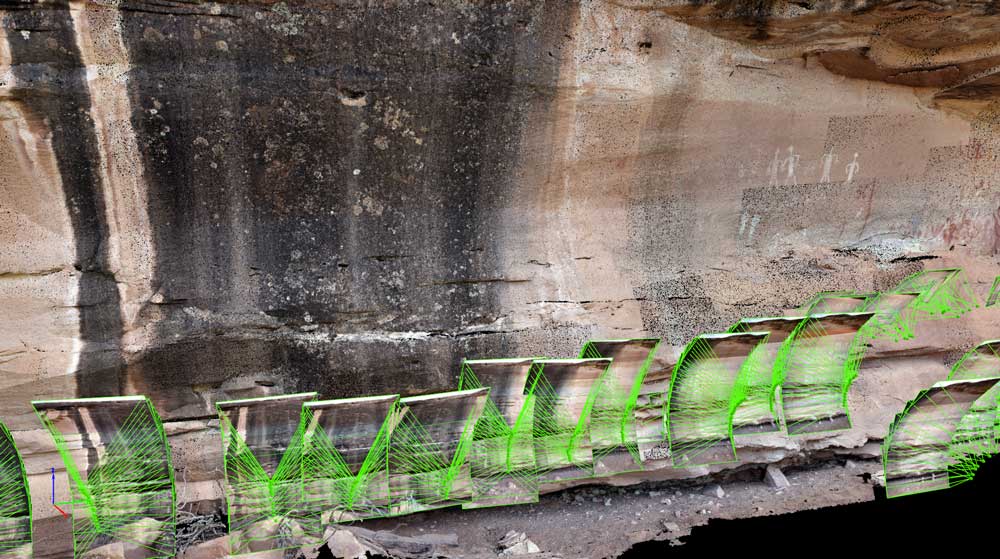 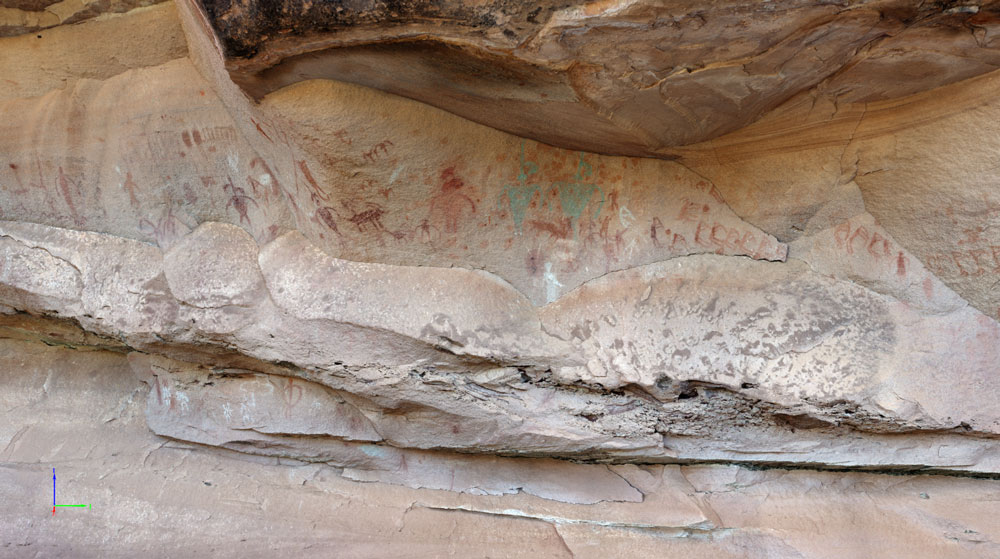 A high degree of overlap was used to maximize the model accuracy. In addition, terrestrial LIDAR scans were taken using a FARO Focus 3D.

We anticipated generating a triangular mesh with a photo-realistic, accurate texture from photographs taken using a full-frame DSLR camera.

Additionally, when LiDAR and photogrammetry are combined they bring more detail to a project that may not have been achieved by either individually.

The data captured has already proven extremely useful. Recent reports of damage to the rock art panel from a rock slide were assessed by quickly reviewing the computer model. We were able to send the BLM an animation (generated using Pix4Dmapper) of the panel and within minutes BLM officials were able to determine that the rock art had not been damaged, when compared to the model that had been digitally captured a year ago.

This project is an example of how we believe Pix4Dmapper provides archaeologists the ability to record threatened (both natural and man-made) archaeological sites in minute detail for preservation, reconstruction, and research.

When the team first started this project, they were not aware that Pix4Dmapper was capable of processing terrestrial photogrammetric images. We tried using other software to process the images, but they were not nearly as user friendly, nor were they capable of utilizing the Nvidia Tesla GPU which uses the CUDA language. Pix4Dmapper’s ability to harness the full potential of a GPU has significantly reduced the time it takes to process project images.