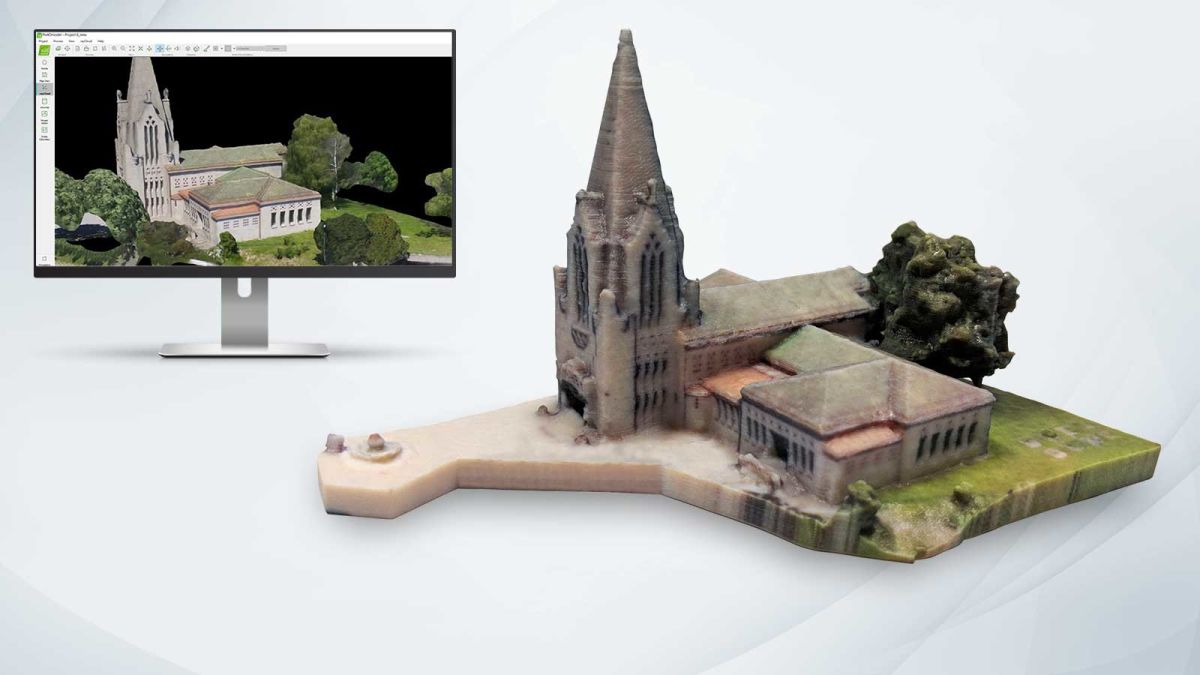 January 11, 2018
Objects of any size, from a small mechanical part to a mountain, can captured with a drone or handheld camera and a scale model 3D printed.

3D printing is one of the most used techniques in rapid prototyping. When combined with the capabilities of drone-mapping and photogrammetry software, it speeds up the process of creating 3D models of real objects and reproducing them at any scale.

The Vomela Companies tested 3D printing a mesh file of a drone-mapped building, generated with Pix4Dmapper.

Vomela’s goal was to demonstrate their capabilities for producing a full-color 3D printed, rapid prototype.

For this project, Pix4D provided Vomela with a full-color, photorealistic 3D model of the church of Pully-La-Rosiaz, captured with Pix4Dcapture drone flight planning app and processed with Pix4Dmapper. 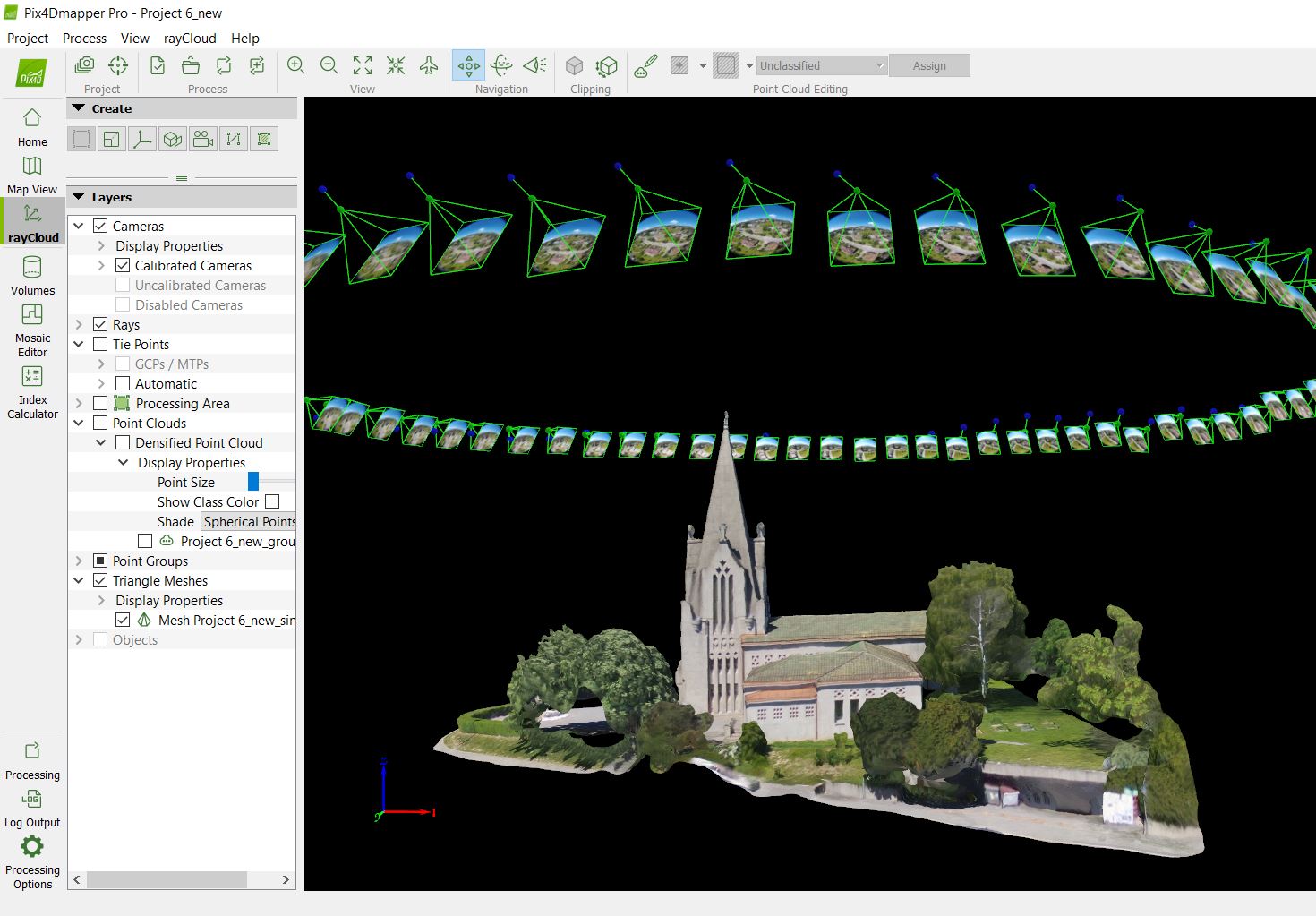 Processing a model of a church in Pix4Dmapper

Chase imported the mesh into Blender, an open source 3D modeling software, to edit and optimize it, making it full-color 3D printable.

He worked with an .obj file, a solid colorless model associated with a .mtl material file holding the image mapping.

Editing and optimizing the file included overlapping vertices and faces, filling gaps in the geometry and adding a printable base.

Since this is an aerial scan, the open vertices are a product of the scanner not having data from the under sides of objects. These “voids” could be reshaped and placed on an image map to create a seamless look.

When finished editing the file in Blender, Chase exported the file as an .obj/.mtl file, and loaded it into GrabCAD Print, the 3D printer software. He then placed it on the print tray, had the software automatically “slice” the layers of the print, and 3D print the object. 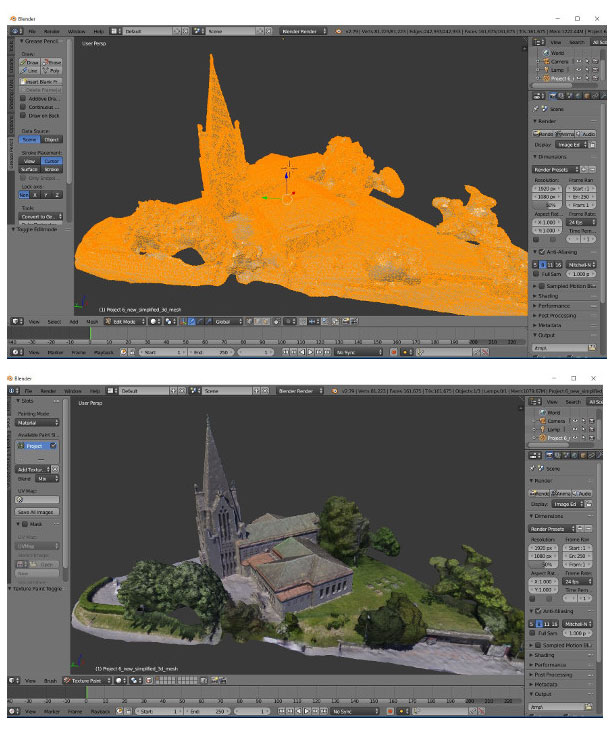 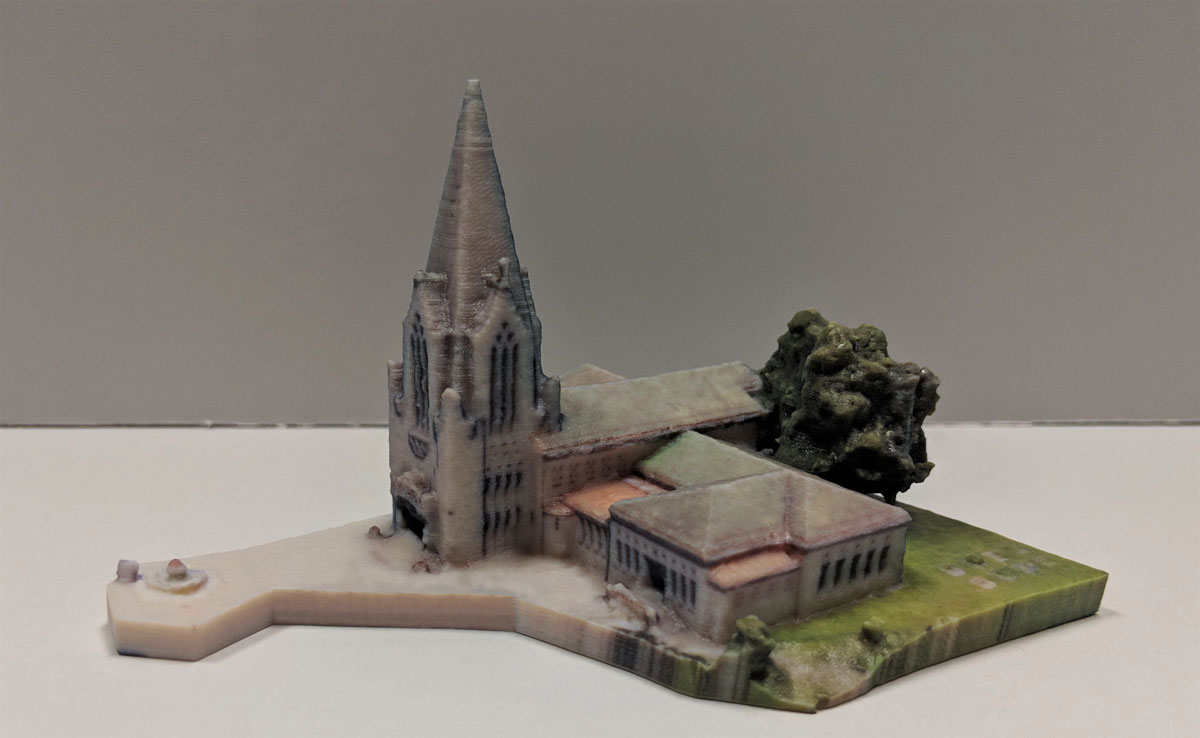 A 3D printed model of the rapid prototyped church

Using this rapid prototyping process to create physical scale models of buildings, parts or products for analysis and production tooling has many advantages, including saving time, reducing costs, facilitating communication, and lowering risks.

Using Pix4Dmapper photogrammetry software to automatically transform images into a 3D model, instead of creating it, manually cuts down the time needed to modelize an object or building.

The possibility to easily edit and re-design the reality-captured models, in combination with 3D printing, reduces the time between initial design and analysis.

An accurate model is quickly available for testing form, features, performance, and usability. Rapid prototyping is a highly automated process that enables designers to quickly modify products in line with feedback.

This rapid prototyping process helps to reduce the costs of product development. There is no need to produce molds, patterns or special tools required for conventional modeling for each new project.

Realistic three-dimensional scale models help designers present a new building or product to clients or investors who need to understand and approve the project.

This type of prototyping also facilitates feedback exchange, enabling designers to incorporate it into the later stages of development.

Making a detailed physical analysis possible at an early stage in the development process, rapid prototyping can reduce the risk of costly errors.

Ready to try it for yourself?
Rapid prototyping and 3D printing, purely from images.
Discover Pix4DmapperStart your free trial