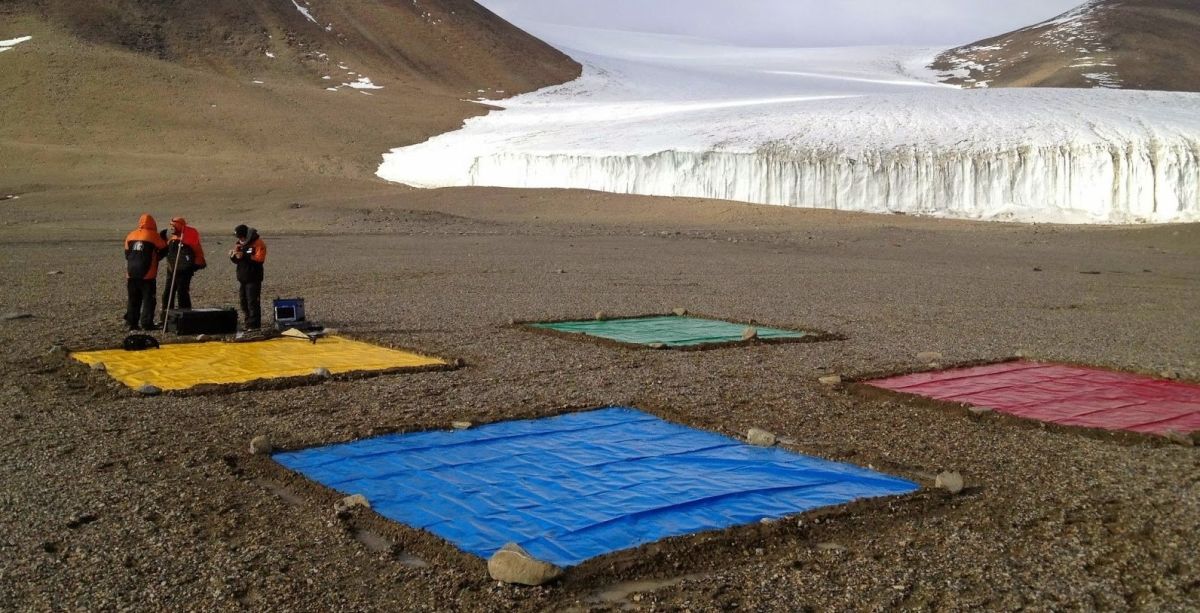 March 24, 2015
To take a snapshot of the microbial mats and water bodies in the Taylor Dry Valleys in Antarctica, the team from AUT chose drone mapping.

The mapping component of this project is a part of the New Zealand Terrestrial Antarctica Biodiversity Survey and uses UAVs to collect data on cyanobacterial mats in the Taylor Dry Valleys, Antarctica.

Data was gathered in the Antarctic summers of 2015 and 2015 and results will be used to plan future research.

Len took several new sensors with him (including the prototype AgroSensor by Airinov, a multispectral camera) and pair of Swampfox airframes that had received upgrades to improve performance and reliability. Len was able to perform several flights and capture a large volume of imagery before the weather closed in on them and the snow started. The results from this survey are currently being processed. 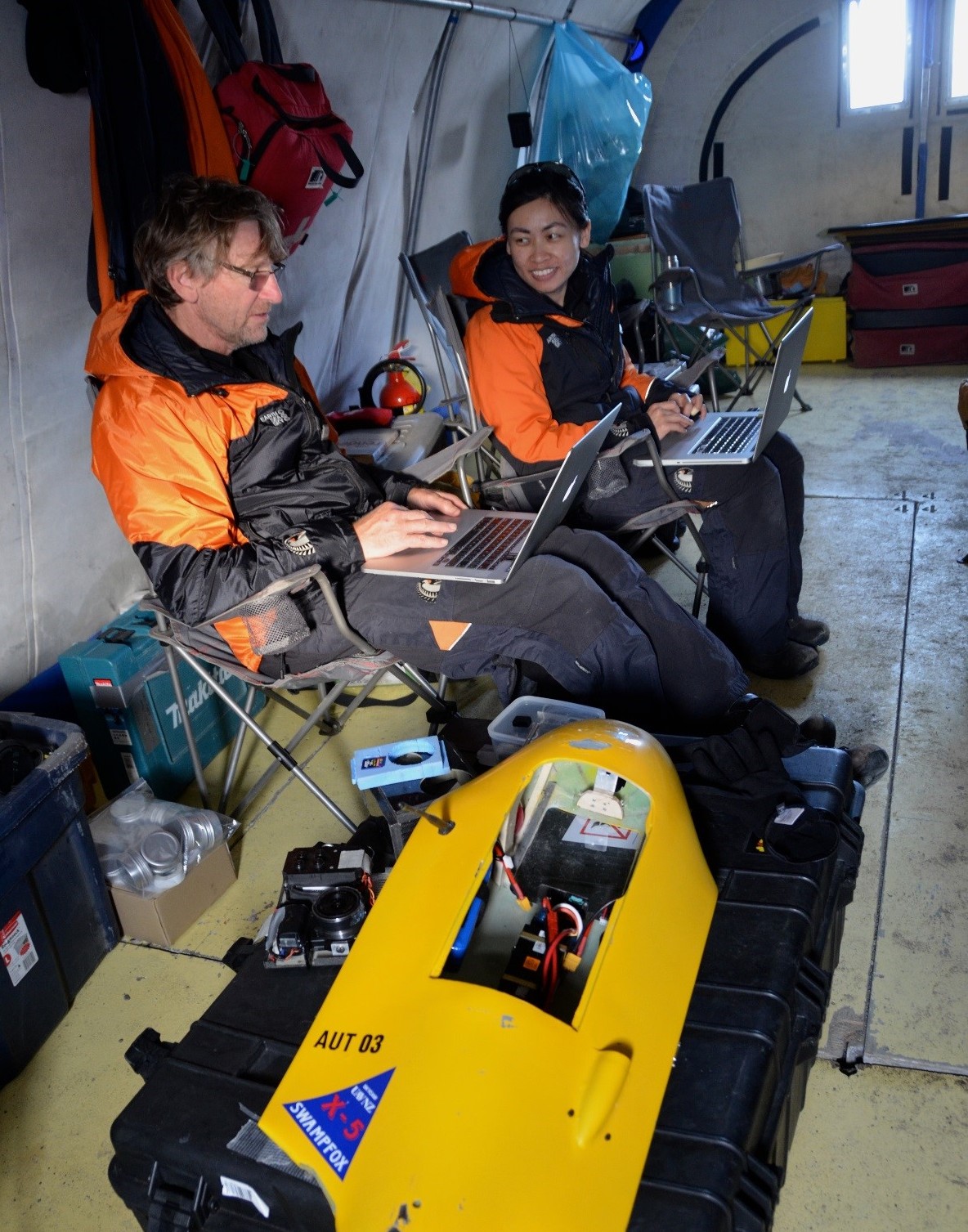 A snapshot of Antarctica

The data was acquired using an RGB Sony Nex-5n, Canon Vegetation Stress Camera, SonyActionCam HRD100 and a prototype AgroSensor by Airinov in a Swampfox UAV.

Images taken in Fox Field of Taylor Dry Valley in January, 2014. The four color panels placed on the ground are used for color correction of the images. 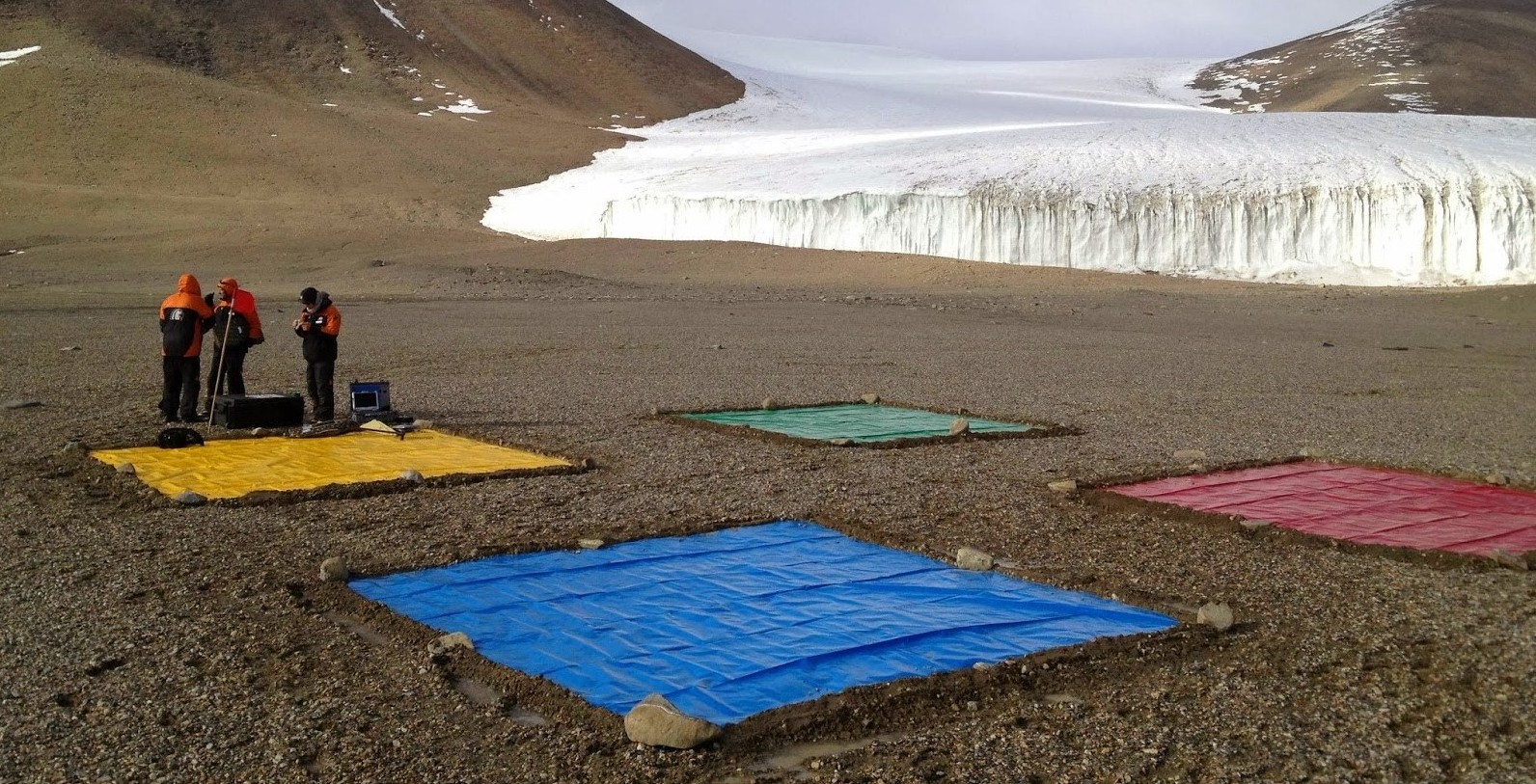 The generated orthomosaic will be used to plan future research and provide us with a snap shot of the extent of the microbial mats and water bodies in the Antarctic summers of 2014 and 2015. 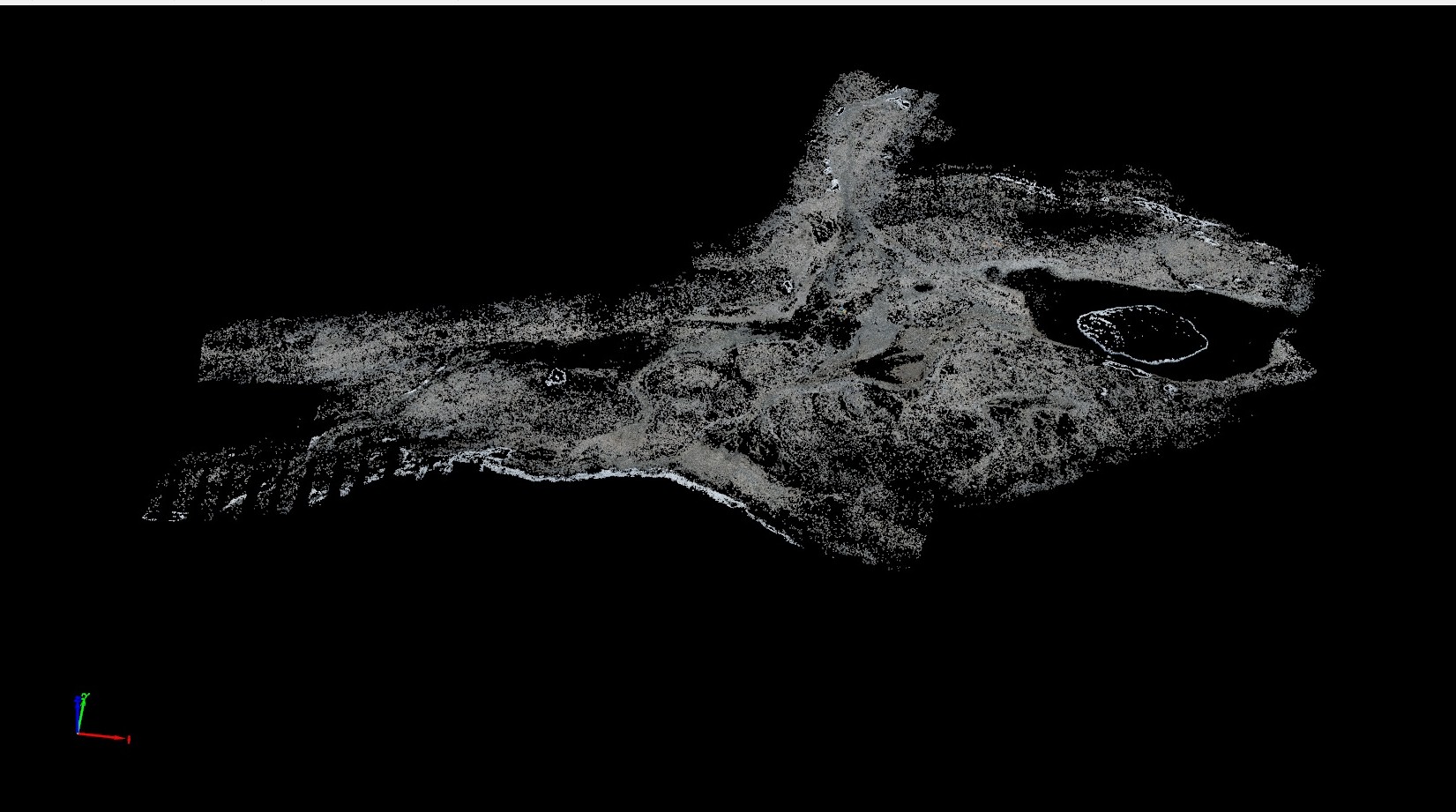 The UAV and Pix4D combination allowed us to collect high resolution data on the landscape in the Dry River Valleys over the entire area. Pix4D enabled us to accurately orthorectify the images to create the orthomosaic. This was a rapid process, and in future can be done entirely in the field. Pix4D offers rapid analysis, as well as improved mosaic results and workflows when compared with traditional geomatic methodology. The ray cloud provides even more efficiency and reliability of results. 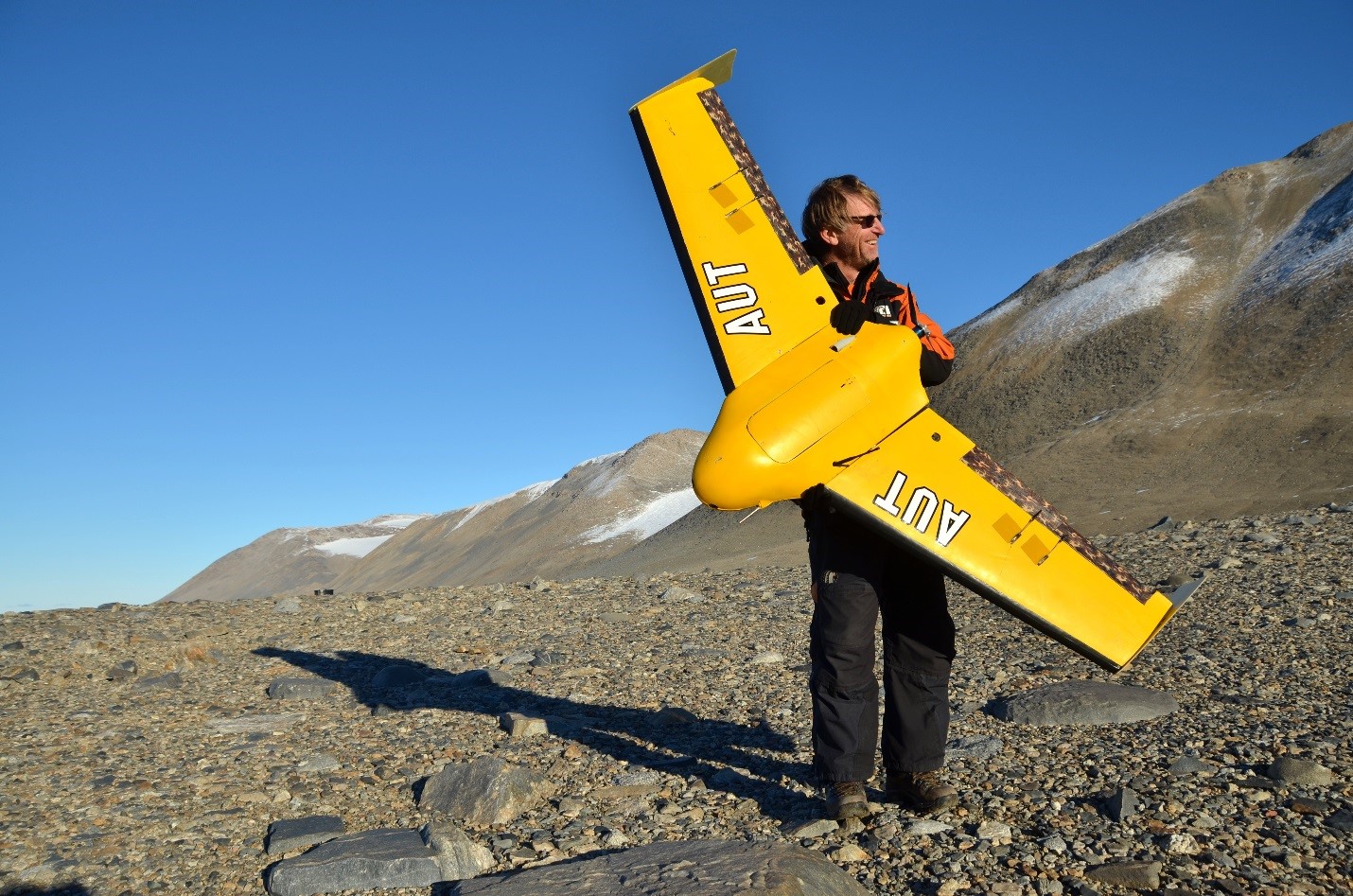 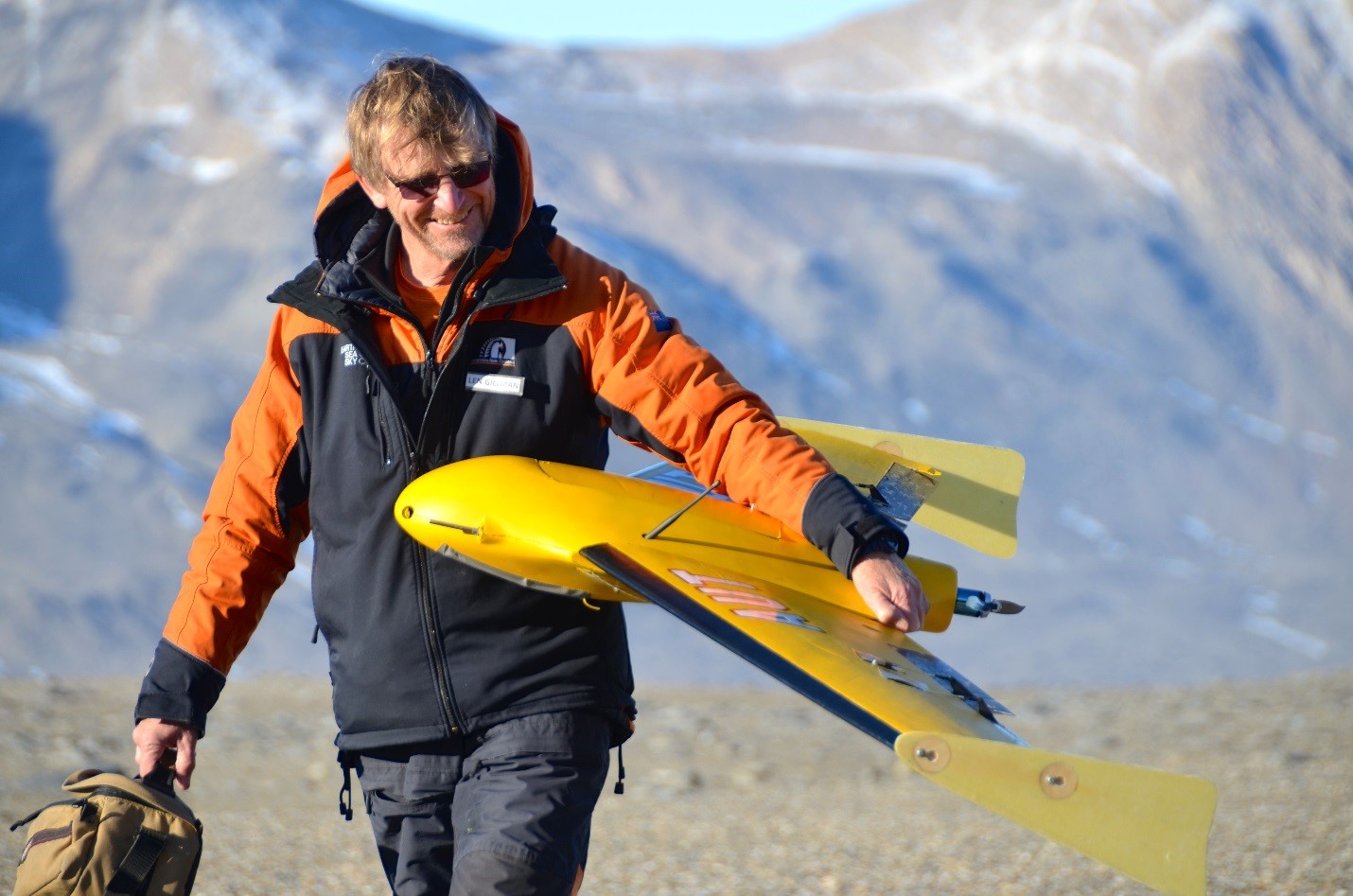