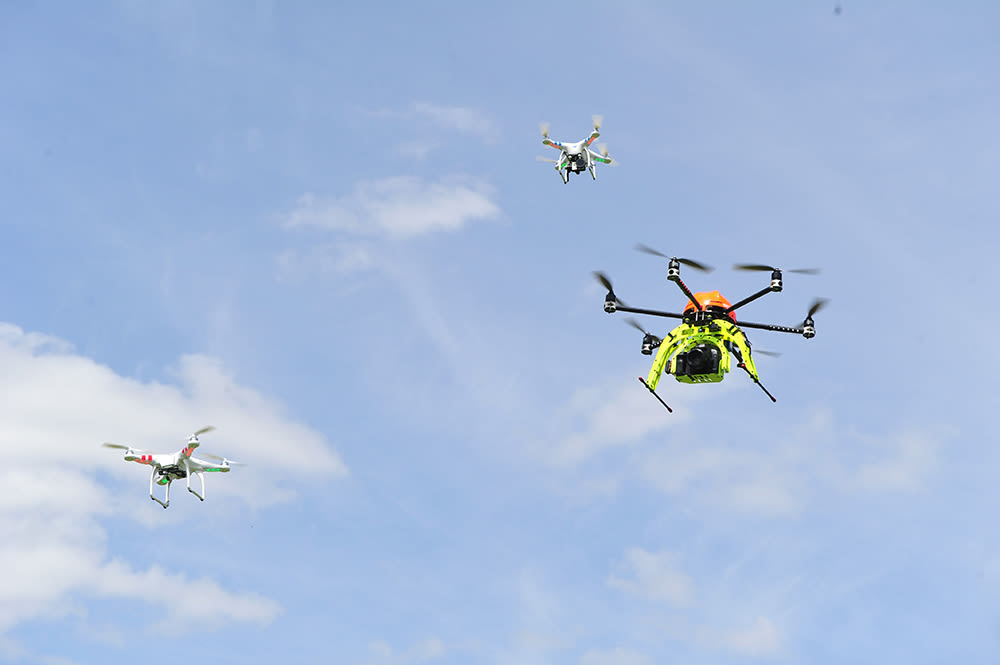 Industrial inspection of a 104-year-old chimney

April 19, 2015
Can images which were only ever intended for inspection be turned into a 3D model with Pix4Dmapper? The team at SkyDrones proved they can.

This project began as the security inspection of a 104-year-old chimney, which is part of an old brewery and modern Shopping Center, using only photographs. The chimney is around 80 meters high, and drones were used to acquire images in an economical and efficient way.

After seeing the Cristo Redentor (Christ the Redeemer) project which the Pix4D team did in Brazil, SkyDrones decided to process the images in Pix4Dmapper to see if inspection images could be translated to three dimensions. 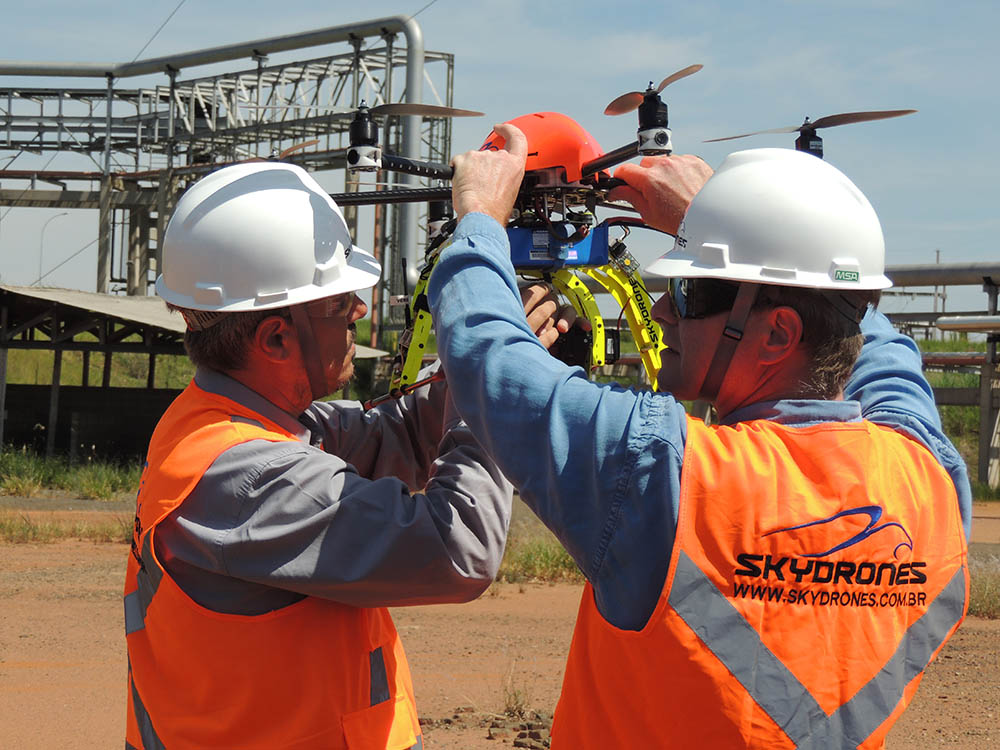 Capturing the data with a drone

In order to cover the entire chimney from all view angles, oblique pictures were taken with a GoPro Hero 3+ on a Skydrone Spyder and DJI Phantom in eight cardinal directions (eight “faces” of the chimney) and saved in different folders.

The fisheye lens enables a broader view and wider coverage. More than 800 images were taken at the resolution of around two centimeters per pixel. This gives a lot of detail of the chimney which makes it perfect for inspection. 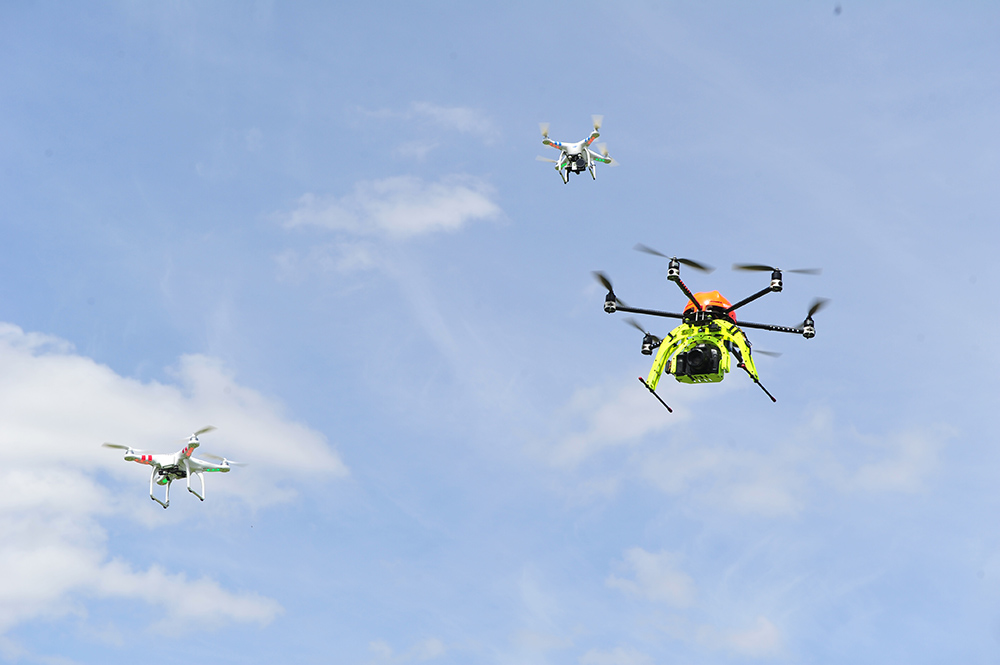 "The results were astounding."

Ulf Bogdawa from the SkyDrones team reported: "The results were astounding." Using only the pictures taken to inspect the chimney, Pix4D software was able to reconstruct the whole Shopping Center in complete 3D.

"When we showed the first 3D model to our engineers, they loved the possibility of measuring and navigating in 3D by themselves from the office - in this case the company is in Sao Paulo, 1,500 km away from the chimney site!" 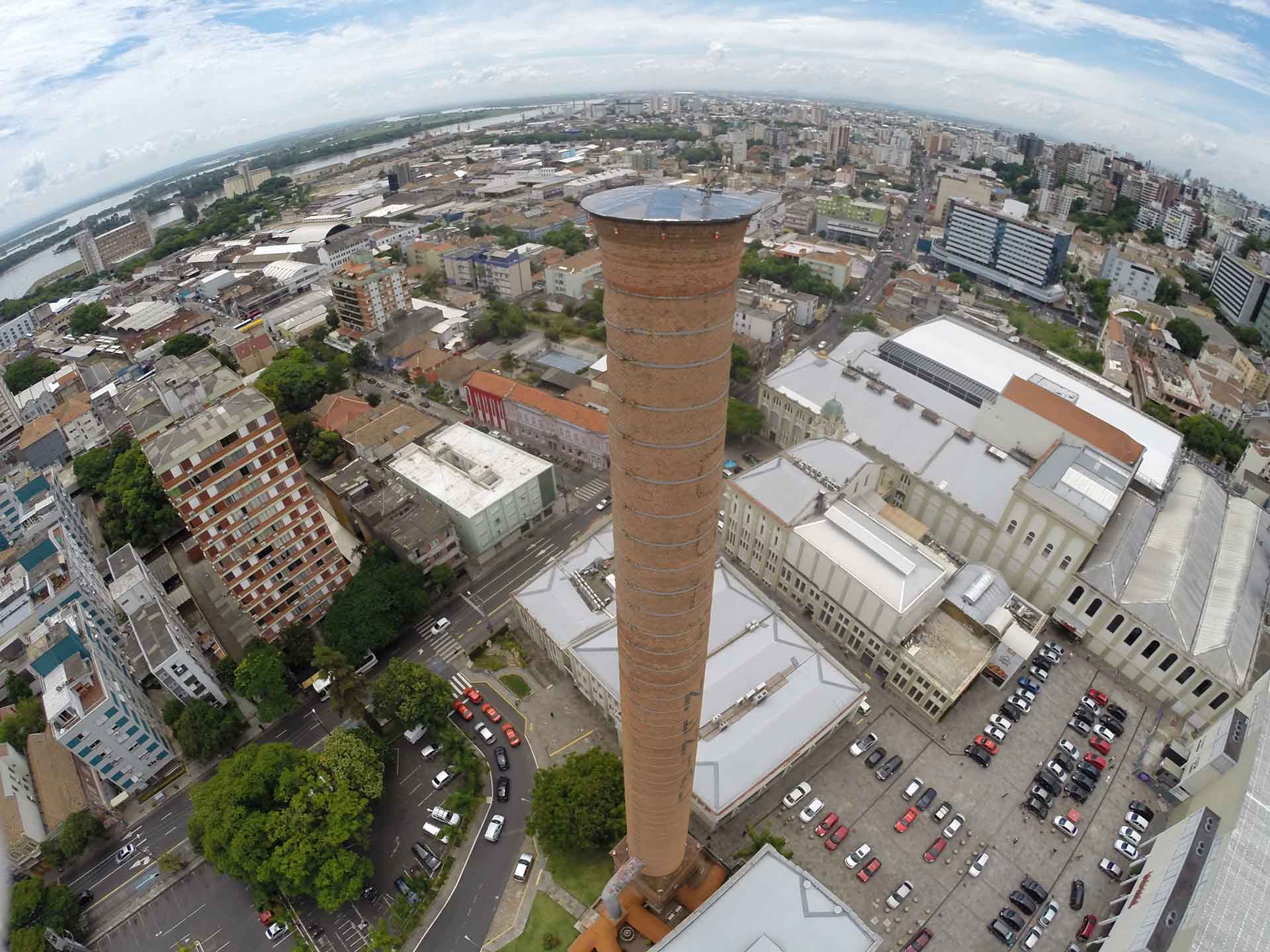 For an engineering company such as SkyDrones, the main advantage of using Pix4D is the ability to remotely estimate the cost of repairing the upper part of the chimney, now that they are able to measure the structure in their office.

Bogdawa concludes: "The combination of small UAVs and Pix4Dmapper is unbeatable in price, time and ease of performing the job. With this technology, we can reconstruct a 80m chimney easily instead of worrying about how to do the same task with a LiDAR scanner!"