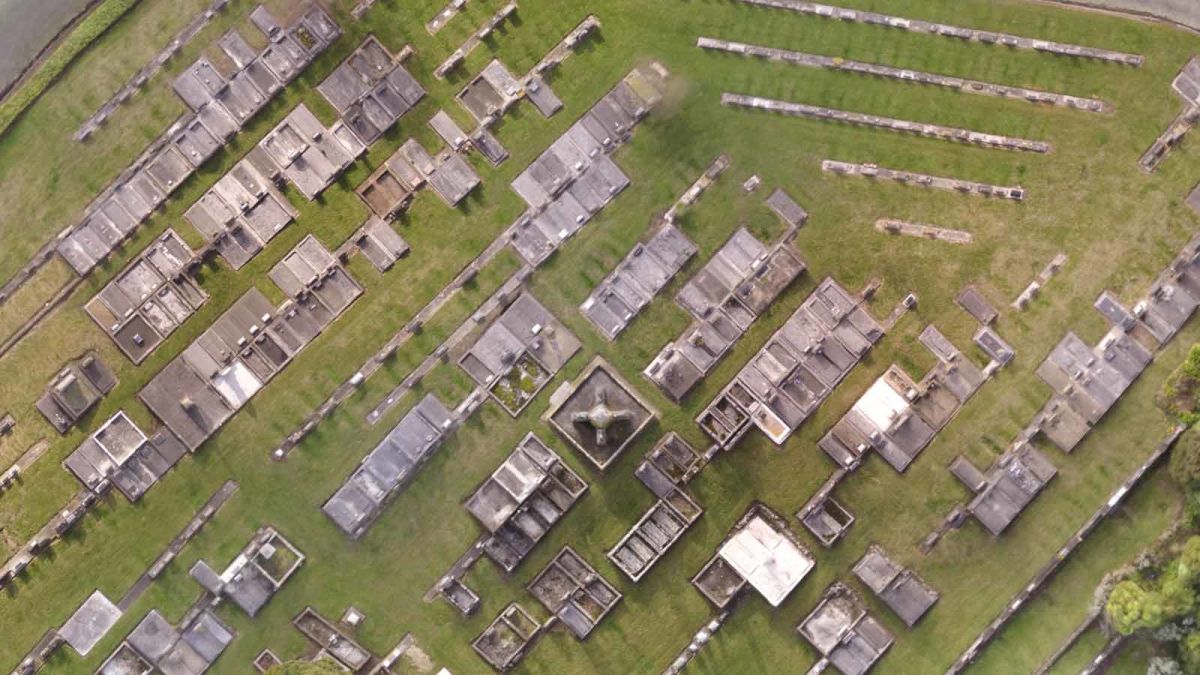 October 30, 2019
Death is a logistical issue. That’s why cemeteries around the world are being mapped with drones and bespoke GIS platforms.

“Cemetery records can be a mess,” explains CivilView Vice President Andy Street. “I used to work on the municipal side of things. You’ve got old pieces of paper from two, three, four hundred years ago. That’s a lot of information.”

On the outskirts of Wakefield, Massachusetts, Forest Glade cemetery has been in use for over a hundred years. While records were meticulously kept, they weren’t centralised and something as seemingly simple as finding a grave could be difficult.

“Keeping track of the records is a challenge,” adds Street. “It’s not as simple as it should be. There’s a real push to clean up the records, and offer a service to people at the same time.”

In an effort to consolidate the records, City authorities turned to Google Earth for an updated view, but found the resolution wasn’t clear enough. That's when they called CivilView. “They saw an opportunity with the drone to get a really high resolution image that you could clearly see the headstones,” says Jim Hanley, President of CivilView. 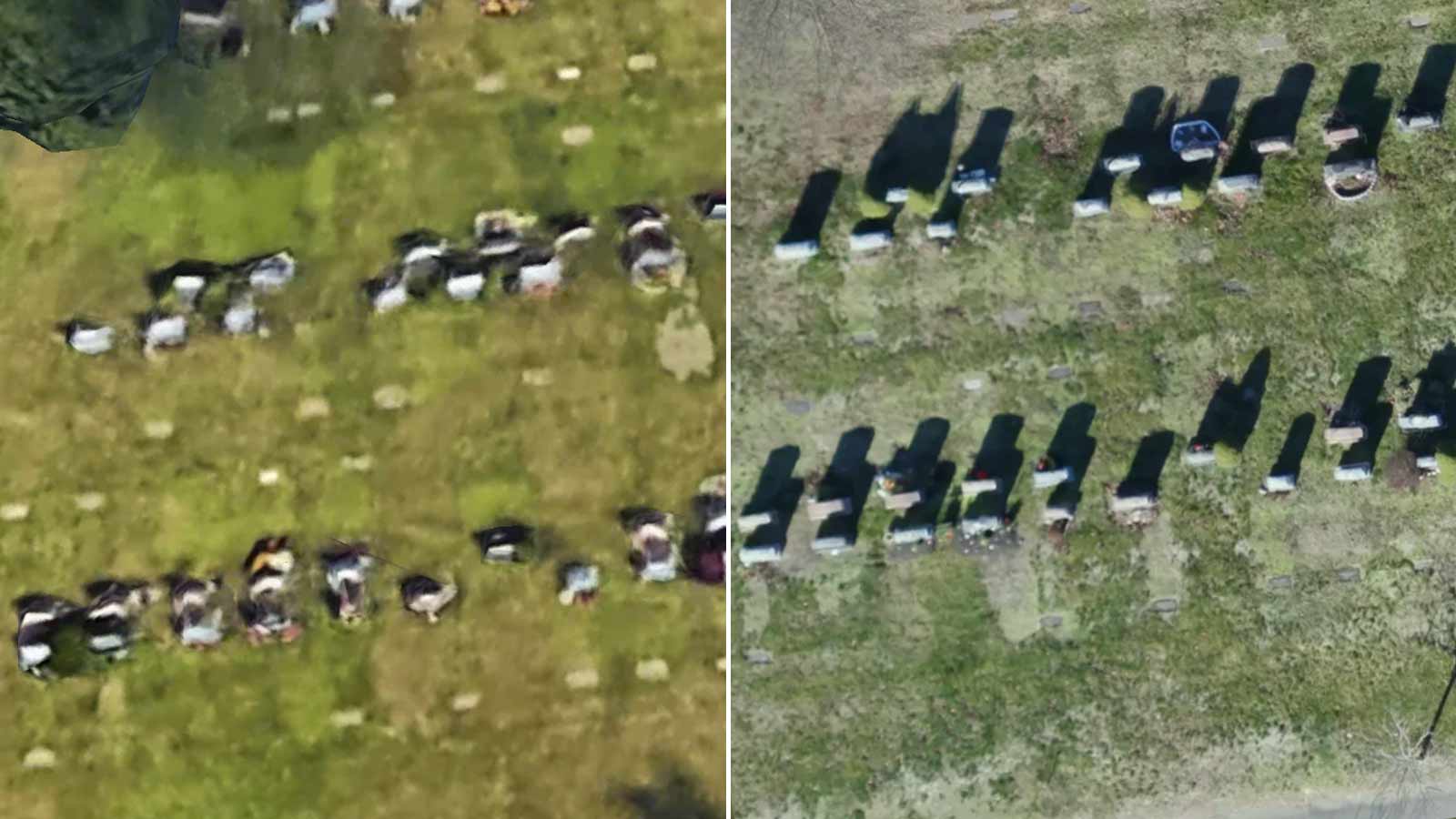 Now you see it: the same view of Forest Glade cemetery from Google Earth (left) and CivilView’s orthomosaic (right)

“Our goal was to show specific monuments in specific locations,” explains Hanley. “Counting headstones, taking information about the headstones, and making a database.”

The CivilView team produced an orthomosaic of the 33 acre cemetery. To complete the project, CivilView had partnered with a larger engineering firm with a dedicated asset management division. “From there they broke the map into sections and they were able to put a datapoint on every single headstone just based on the image,” says Street. 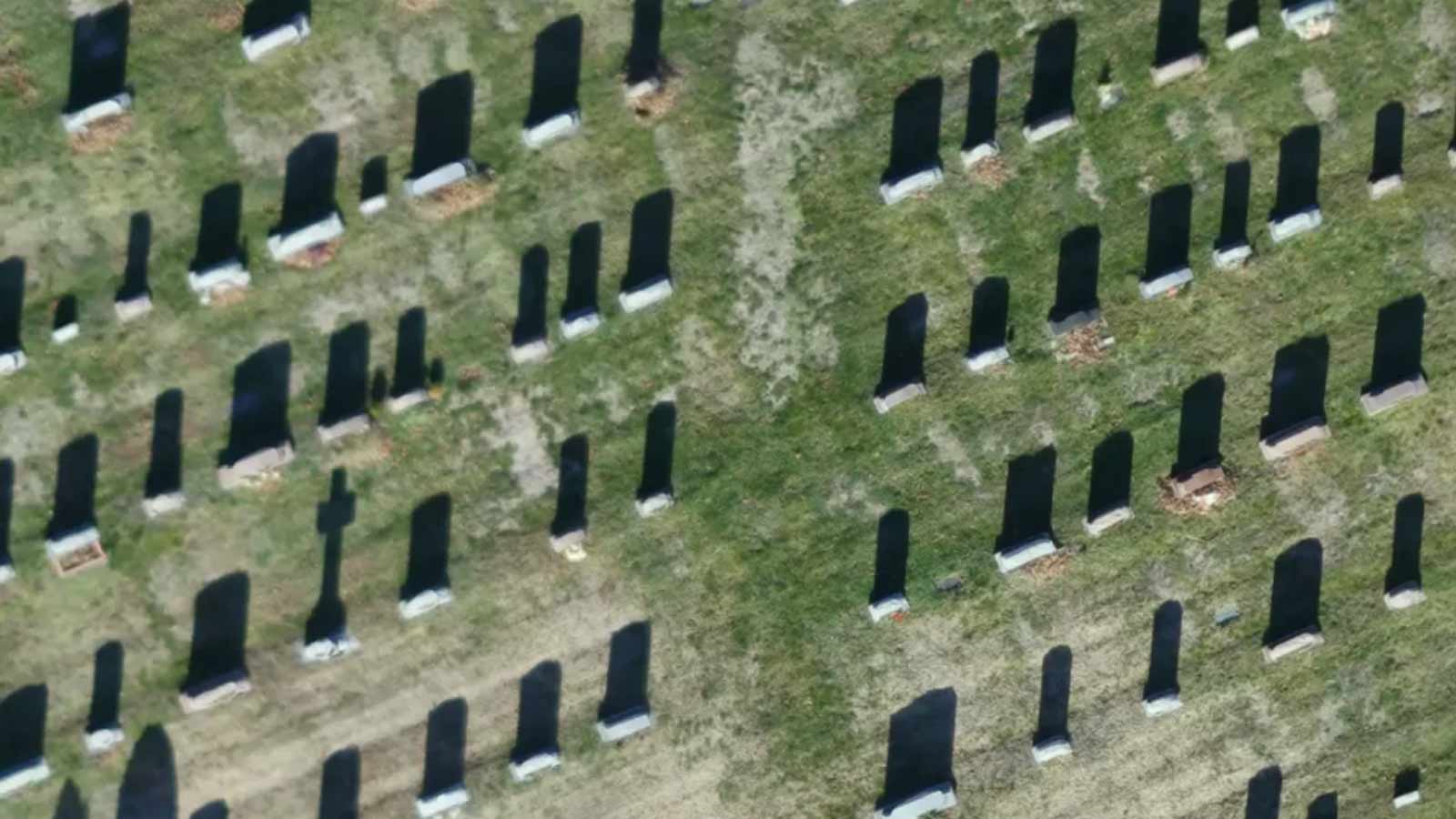 The completed orthomosaic is “crystal clear” | View on CivilView’s website
The City combined the data with existing records and snapshots of headstones, creating an internal database containing the final resting place of every citizen of Forest Glade.
“I’m not a superstitious person, but…”
For experienced drone operators like Hanley and Street, flying a relatively small and relatively flat area like Forest Glade should be straightforwards. “We’ve flown several cemeteries,” says Hanley, “And something’s gone wrong with every single one. I’m not a superstitious person, but… with this job we lost control of the radio from just a hundred meters away. That’s spooky enough for me.”

Paying respects at a digital memorial

Feilding has been crowned New Zealand’s Most Beautiful Town 16 times. A short drive from the small town’s Edwardian buildings and sidewalk planter boxes is the Feilding cemetery.

It’s the final resting place for generations of farmers who have worked the land: and now their descendants can easily pay their respects, online or in-person.

“The Cemetery Search on the Council website gets a lot of traffic for people looking up their deceased relations,” says Blair Rogers, Master Business Systems’ GIS Specialist to the Manawatu District Council. “It’s a great service to the public.” 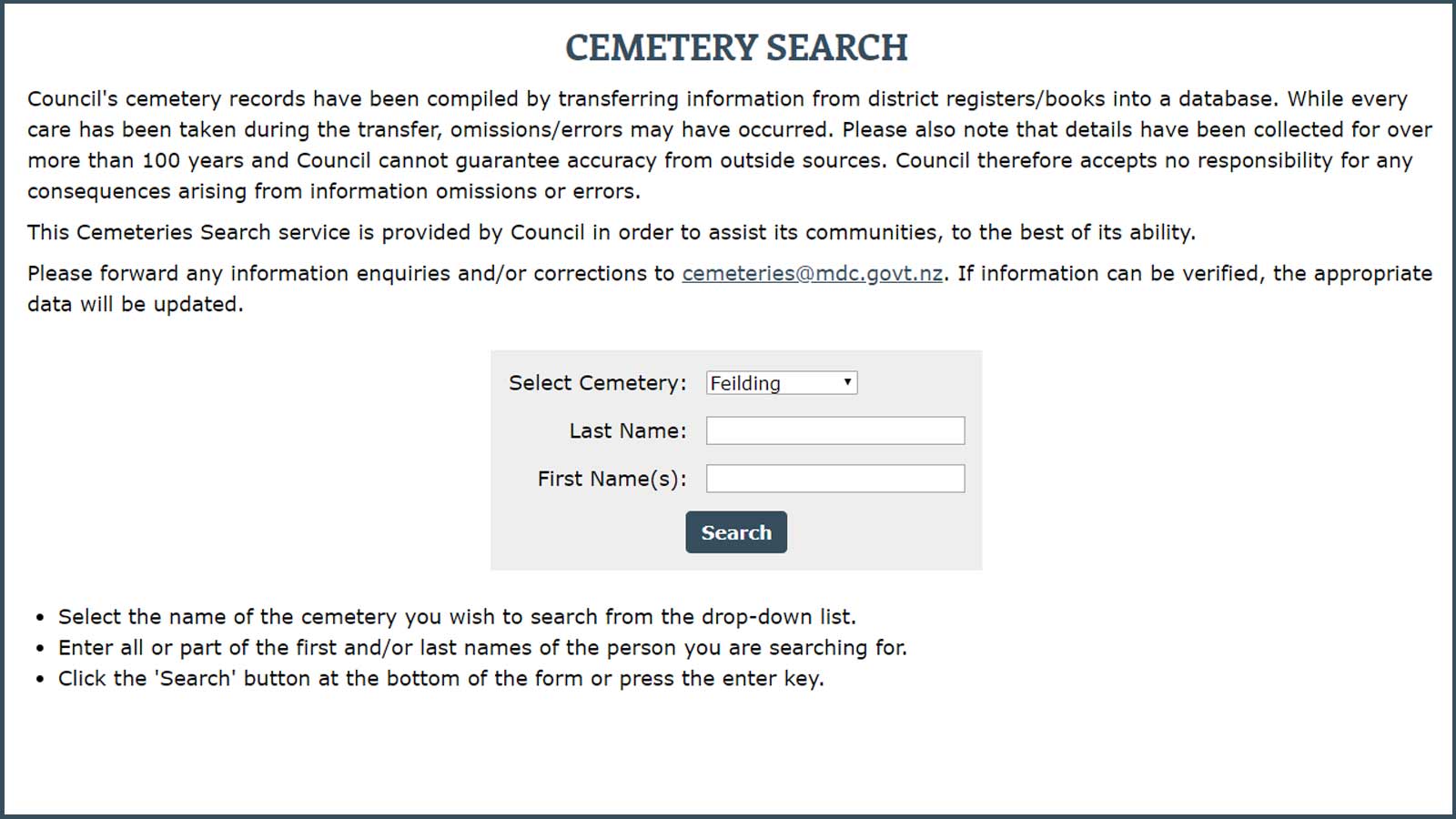 Using the simple online form, users search for a name, and see a list of the interred including their name, date of death and their age, and a photo of the headstone.

For those who wish to take a visit, a map of the graveyard is included.

To create the maps, Rogers’ team flew their DJI Inspire drone over Feilding cemetery after setting out ground control points. The routine, double-grid flight was plotted in Pix4Dcapture, and completed in around 40 minutes.

Back in the office, the data was processed in Pix4Dmapper into an orthomosaic and delivered to the Manawatu District Council. The team compared the images with the existing cemetery plans and updated the bespoke database to incorporate new berms for future internments.

Combing through the historic district registers the teams added as many details as possible, from the deeply personal to the pragmatic. As well as the plot number and interment ID, the dead’s marital status and religion are listed, giving hints to those who have gone. Some records even list occupations: “Dan” Cecil James Kitchen was a Retired Dairy Farmer. His “loved wife” Vera Christina outlived him by five years, during which time she listed her occupation as Widow.

A photo of the gravestone is also included where possible so relatives or the curious can read the inscriptions. These images were captured not by drone, but by volunteers, family members and Council staff. 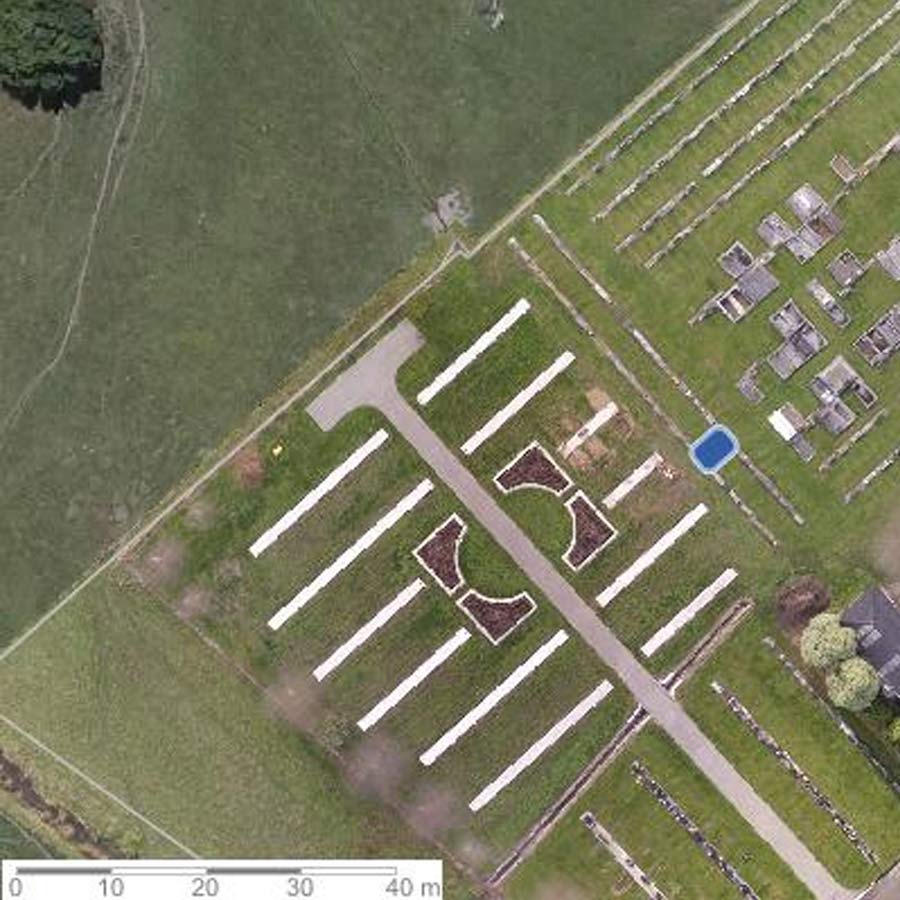 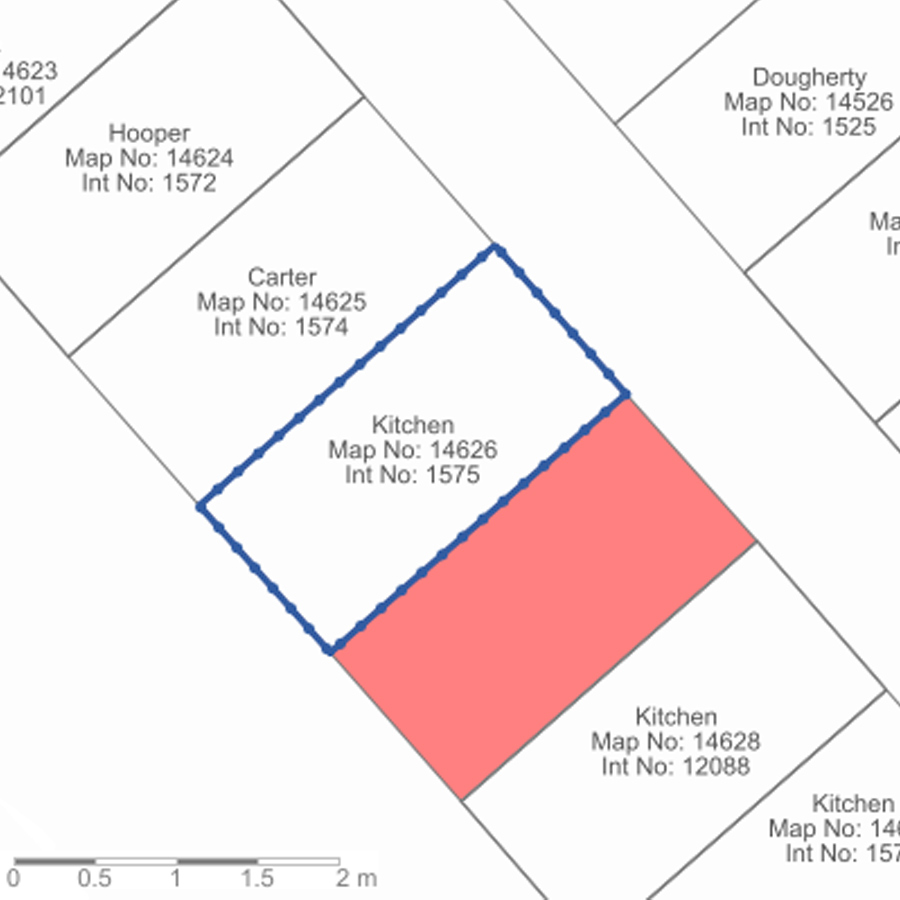 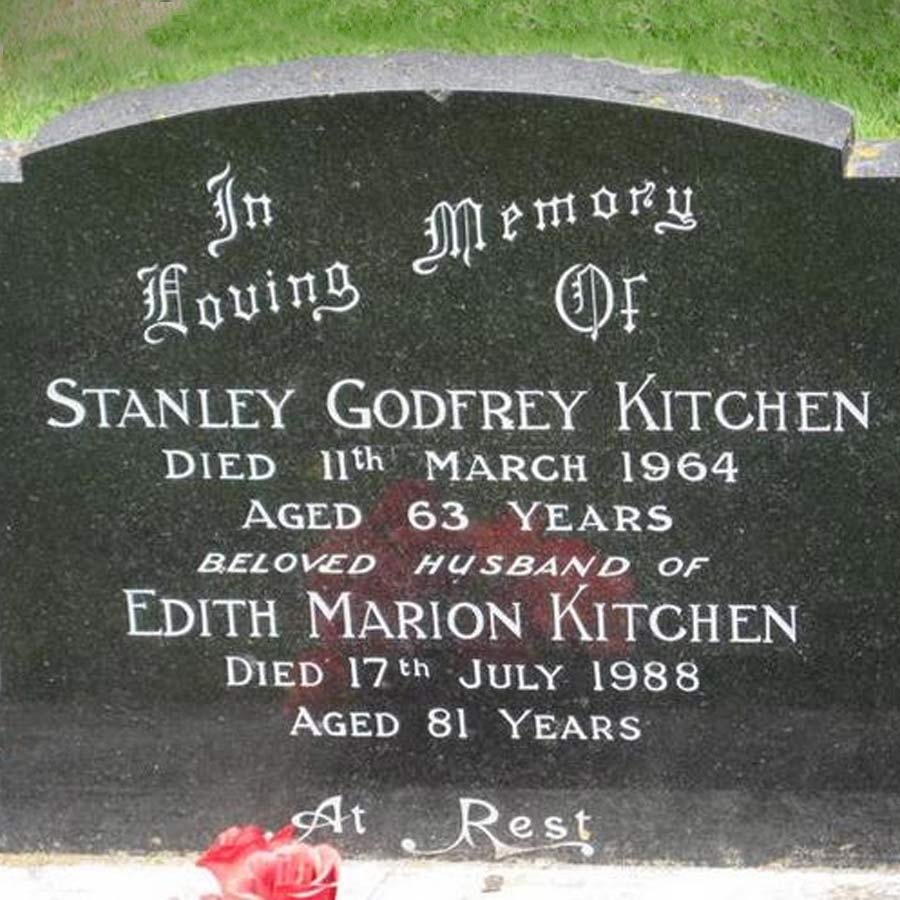 The database shows how the arc of history affected everyday people, such as the memorial of the Hector Bartholomew: Who served 3 years in the Great War, and died from its effects. He died aged 34, in November 1929, more than a decade after the final shot was fired.

Other headstones only give hints of who lies beneath. At rest. Dearly loved. And the coldly damning: As I loved you, so I miss you.

Cemeteries as a memorial for the living

Cemeteries have always been for the living as well as for the dead. A peaceful place to be at rest, either under the ground or above it.

But with the rise of at-home DNA tests and online databases which allow amateur genealogists to trace their ancestors, the popularity of cemeteries has increased, buoyed by the technology. There’s a clear parallel between GIS and drone mapping technology: both have seen an explosion in technology and interest in the past decade, and both allow a closer connection to the community around us.

This Halloween, take a moment to think not just of what lies beneath the ground, but the people who are mapping it for the benefit of the living.

Map the past for the future
Professional photogrammetry, purely from images
Pix4DmapperStart free trial