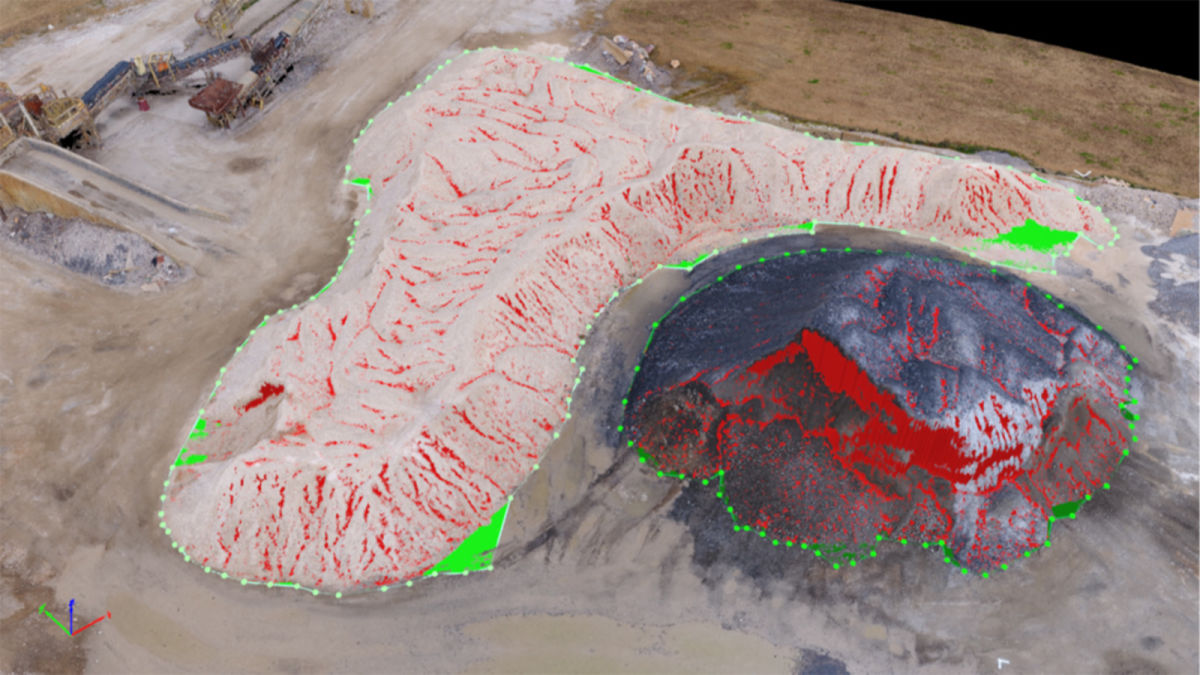 GEO Jobe, a Nashville, Tenn.-based geospatial data provider, helped an engineering and survey company charged with supporting the mineral production processes at a mining site in the U.S transition to drone-based surveying. As part of the transition process, GEO Jobe compared the UAV-based stockpile data gathering and processing practices to the methods previously used by their client.

Mineral production operations rely on knowing, with a high degree of accuracy, how much material is available at any given time for inventory and tax purposes.

In the past, the surveying company that was charged with regularly measuring stockpiles, some upwards of 50-feet high, conducted manual on-site measurement surveys with poles and GPS units. The technique proved time-consuming, operationally disruptive and unsafe.

Certainly, climbing tall piles of loose gravel, stone, and sand with poles and receivers is hazardous for the survey crew. Also problematic was that the mineral production facility had to cease daily operations when survey crews were on site measuring the stockpiles, a process that typically took several hours—and too often, these surveys disturbed the piles, causing slides, which would mix material from different piles.

A few years ago, the survey team shifted to laser scanning technology to speed up the process. With the scanner, a reality capture specialist would capture a dense 3D point cloud comprising millions of observations, and with post-processing software, calculate the cut, fill, and total pile volume. This method was certainly less hazardous than manual on-site measurements, took considerably less time, and was less disruptive than traditional approaches.

However, because the scanner is on the ground and must interpolate the pile’s top surface from the pile side faces, measurements of tall piles produce misleading results because of potential cratering. Stockpile cratering occurs when the middle of a pile sinks, creating bowl-shaped depressions.

In 2017, as part of a side-by-side comparison with laser scanning methods noted above, GEO Jobe was contracted to fly the stockpiles with a UAV equipped with a 20-megapixel camera. Flight time for the UAV was about 20 minutes. In terms of accuracy, the client needed a ground sampling distance of .5-.75 inches horizontally and 1-1.5 inches vertically. The final product would be a table of volume calculations and a measurable 3D model. 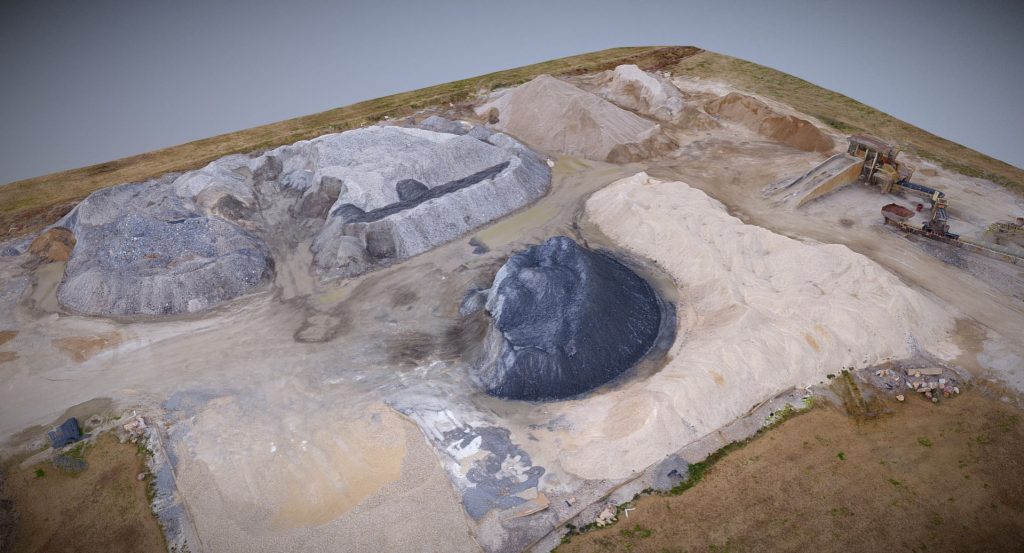 “We use Pix4Dmapper software for the photogrammetric processing and point cloud generation. It is an ideal solution with robust features and functions that enable our team consistently create high-quality, accurate outputs, something our clients have come to expect. ” —Jeff Lawrence, UAV Business Development at GEO Jobe UAV

The most important functionality of the post-processing software is its ability to process the jobs on existing GEO Jobe equipment. Lawrence adds, “We like that Pix4D provides a desktop processing capability so that we have control over the data and process time.”

The second critical factor for GEO Jobe is the ability to manually select reference ground control points (GCPs). For this project, there were 10 “GCPs are an essential and critical part of the mapping process,” says Lawrence. “With Pix4Dmapper, we can capture these control points per our experiences and best practices, ensuring we maintain the horizontal and vertical accuracy needed by our client.”

The team’s data gathering and processing practices would prove valuable in the side-by-side comparison. 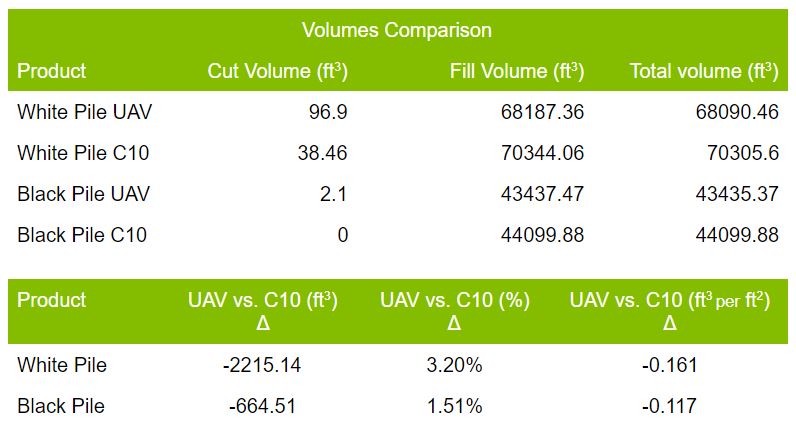 As predicted, the photogrammetry calculations from Pix4Dmapper indicated smaller volumes for both piles due to the “cratered” top surfaces that the laser scans overestimated. In addition, the drone capture mission took less time than the ground scanner technique and captures a more realistic overall surface. 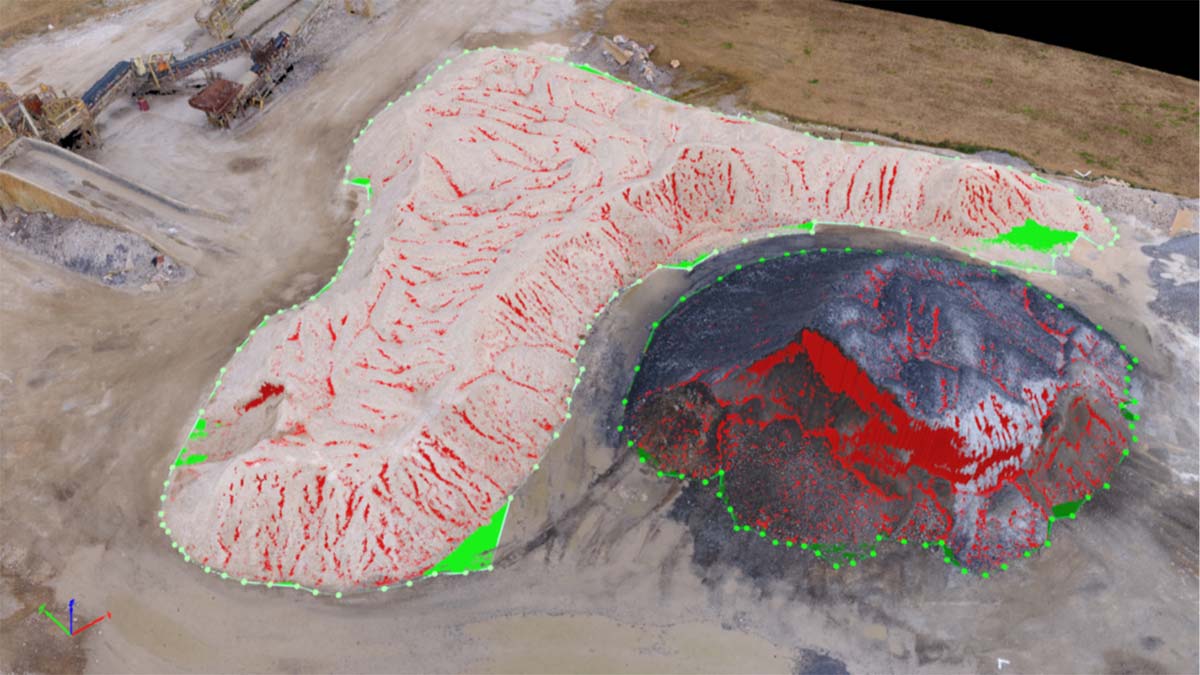 Today, GEO Jobe is contracted to regularly gather stockpile volume calculations and grading data on the site used for the comparative study and three other sites in other states. 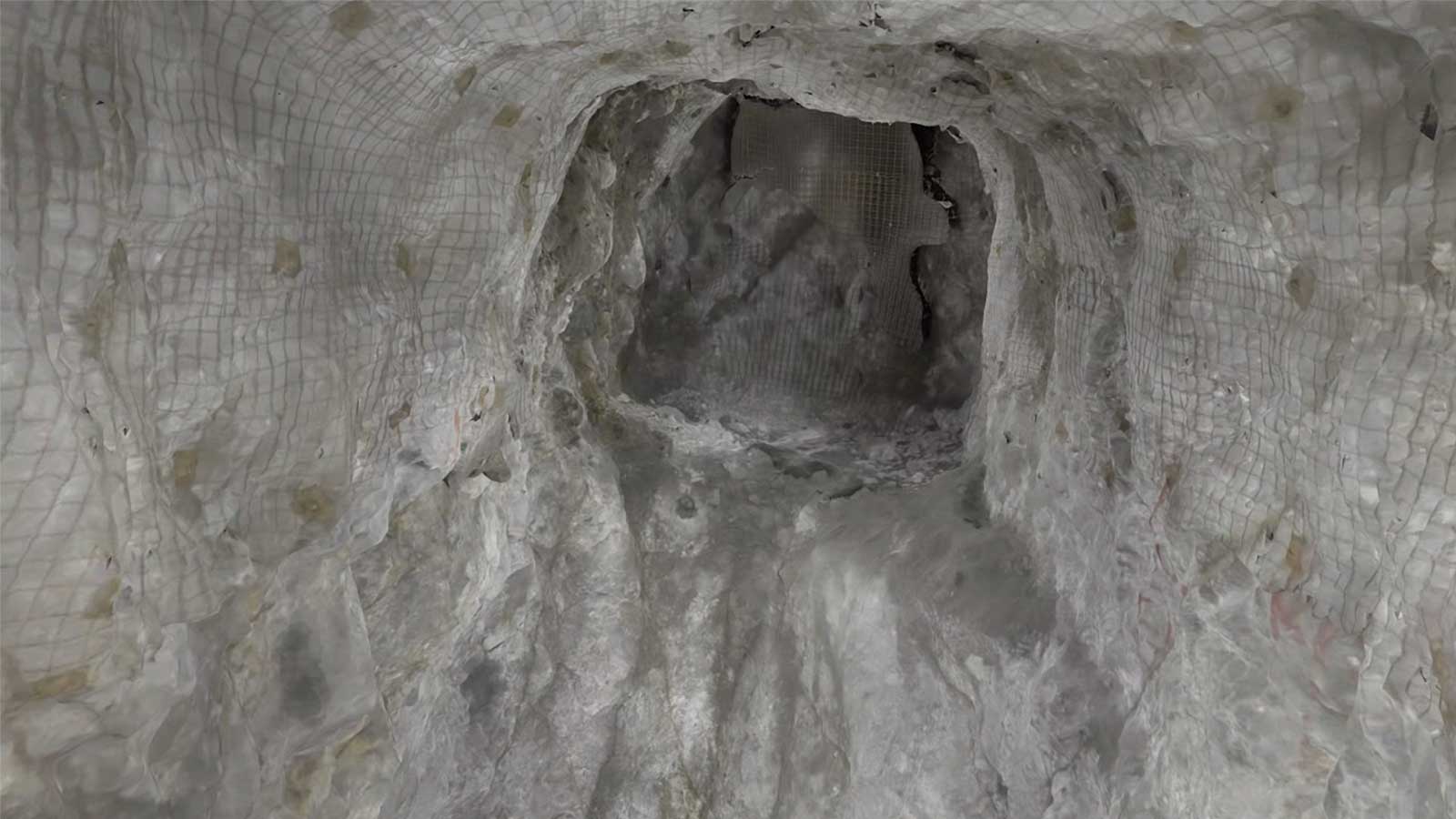 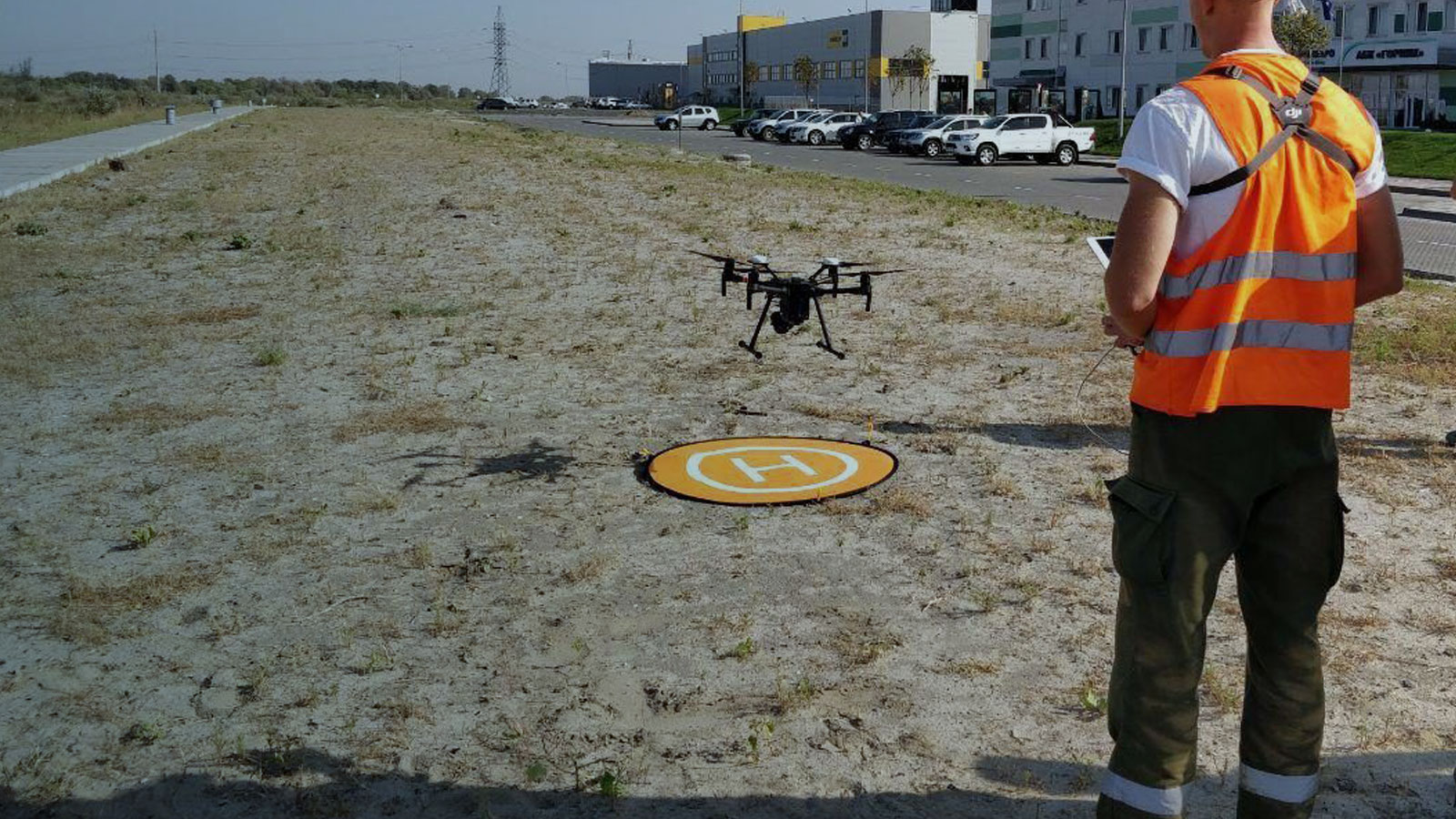 Drones take off in Ukraine's mining industry
In an effort to improve worker safety and boost efficiency, the largest mining company in Ukraine launched a first for the country: drones.
Read more 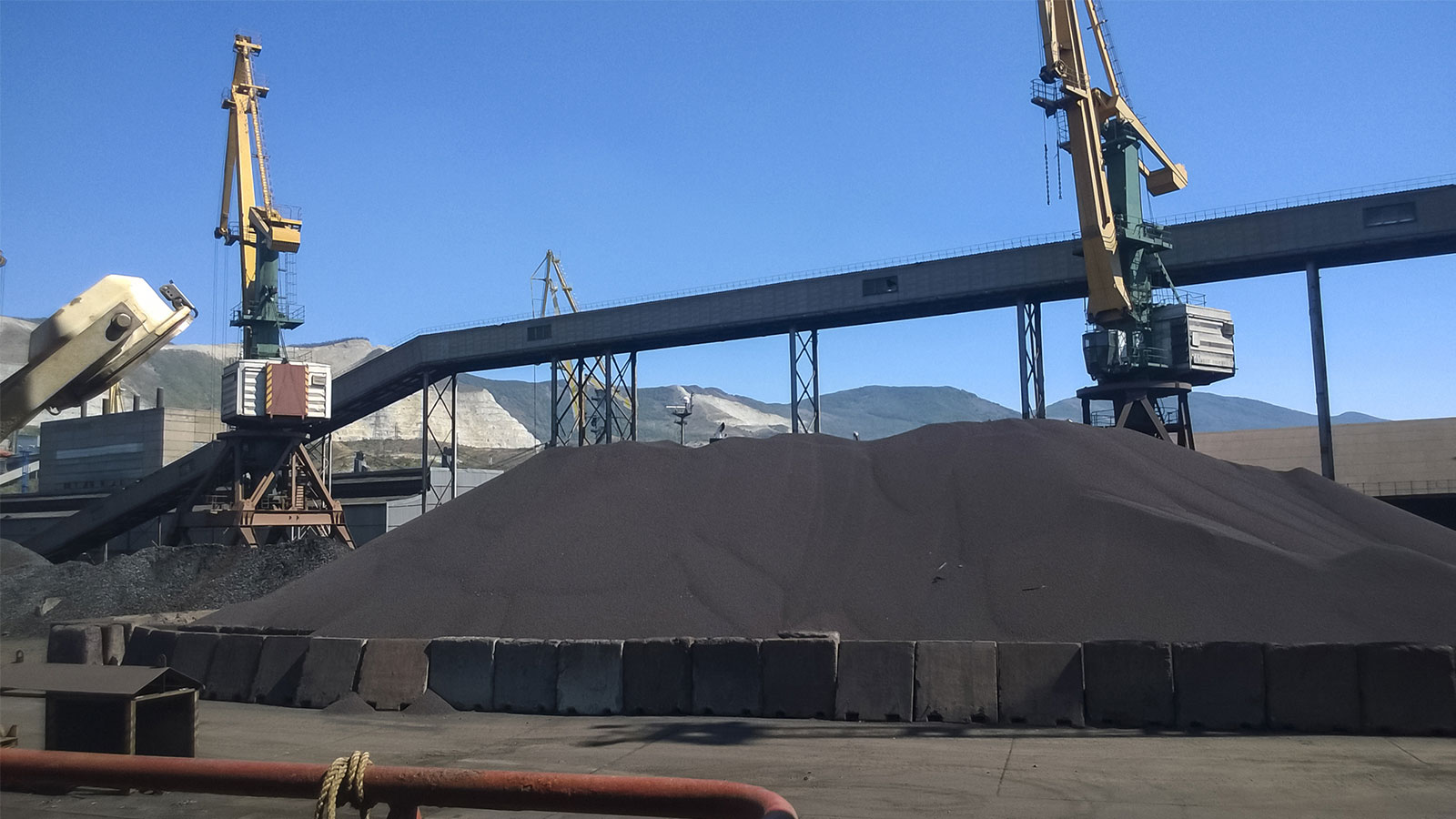