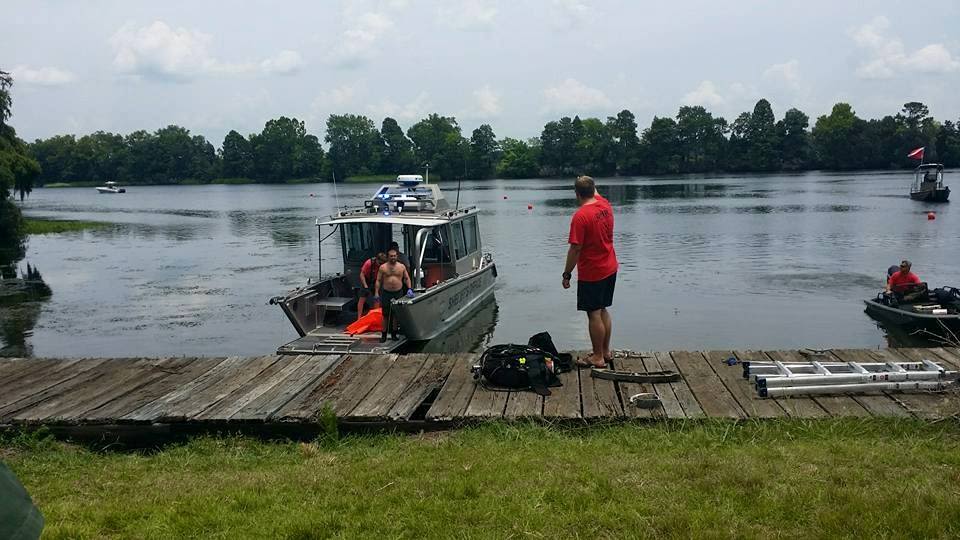 July 22, 2015
Facing a grim situation, a team of volunteers recovered debris from an airplane collision using Pix4Dmapper and a DJI Phantom drone. 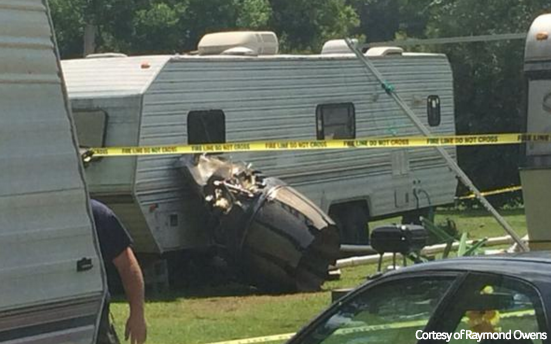 The engine of the F-16, it's weight is more than 1800 kilos
The situation was grim.
Debris were spread over an 11 km range, the majority of it underwater in swampy, alligator and snake infested waters. Fuel from the crash was either leaked or burning from the fuel tanks, and temperatures outside were sizzling at nearly 39 degrees. Over 150 personnel from at least 20 local, federal and state agencies were called out to locate, document and recover both the debris from the airplanes and the victim’s bodies.

Bill Salsbury, Berkeley County Coroner and Incident Commander for the search and recovery, had already dealt with more than six airplane crashes, but never one of this size and scope. He called drone-service company SkyView Aerial Solutions and asked CEO Tom Fernandez and CBDO Tom Lucey to come to the crash site the next day and gather aerial photographs with their drone. 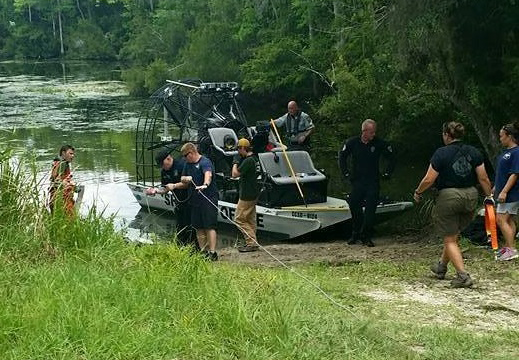 Over 150 personel took part in the investigation

The two were happy to volunteer in the recovery efforts, and met with several authorities to explain that not only could they help document debris by taking photographs, but they could map the area as well by using Pix4Dmapper photogrammetry software.

“The expectation was that we were going to go 100-200 feet in the air and take pictures, so they could zoom in on them,” said Fernandez. “We explained that with the drone and Pix4Dcapture drone flight planning app, we could map the entire area they wanted, but at a lower altitude and at higher resolution.”

Fernandez and Lucey first mapped a former rice paddy with 1.8 meters of standing water, where most of the large debris from the Cessna had fallen. The two flew their DJI Phantom Vision 2+ at 30 meters, using the Pix4Dcapture app on their Android devices to handle the flight plan and image acquisition.

In approximately six minutes the flight was complete, at which point the 87 acquired images were processed in the cloud with Pix4D technology. Orthomosaic rendering and full resolution processing took only one hour.

The emergency responders had a helicopter on site but were unable to use it for visual identification of debris due to the ripple effect placed on the water surface by the beating of the chopper blades.

“When we finished mapping the rice paddy, we were approached by the dive team,” said Fernandez. “They knew that we would be able to provide them with information before anyone else.” 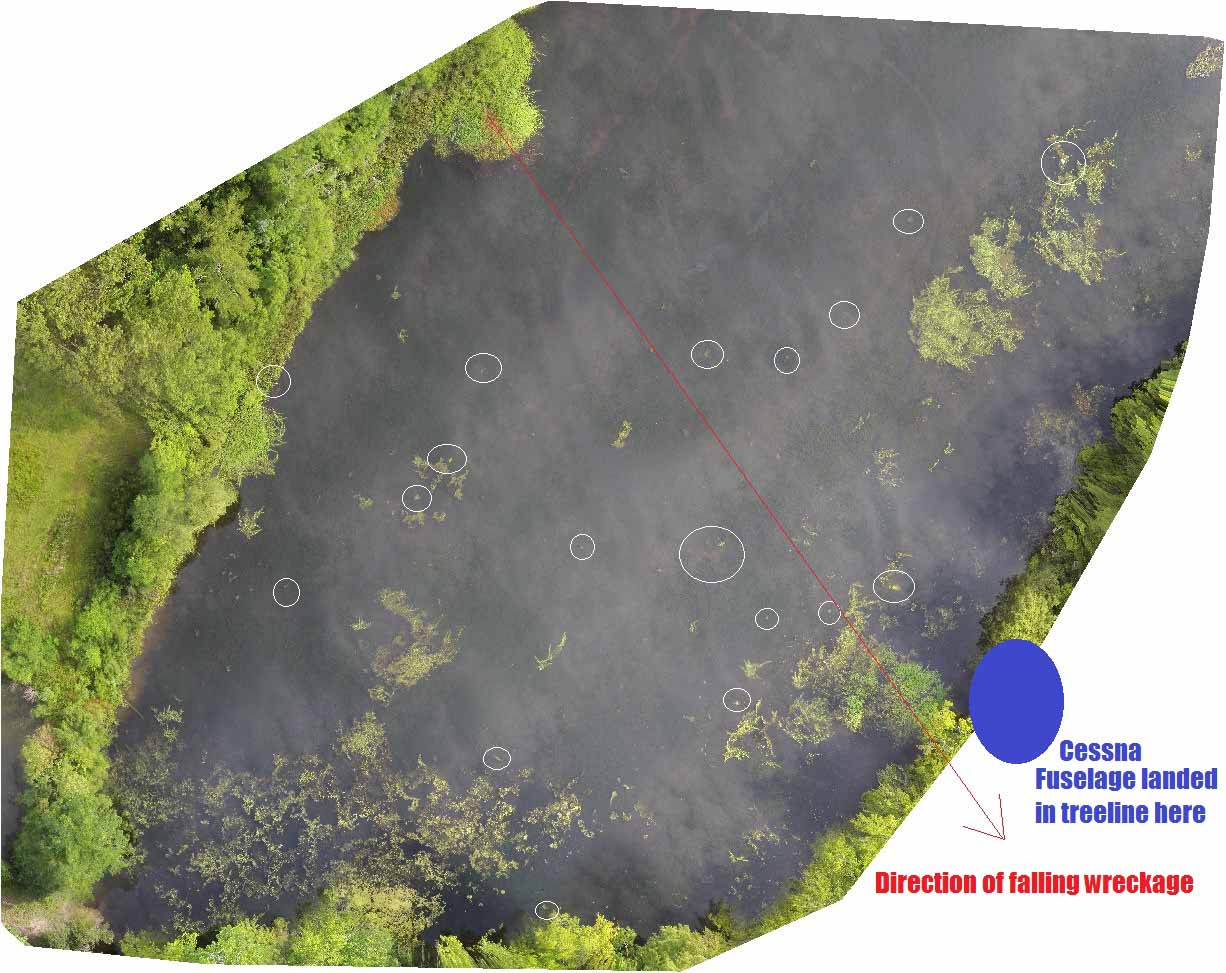 Fernandez and Lucey took a screenshot of the resulted orthomosaic in the browser of their laptop, then put the .jpg and original geo-tagged photos onto a thumb drive for the North Charleston Police Department Dive Team, who viewed the information from their laptop on site.

With a ground resolution of less than 2 cm per pixel, close examination of the orthomosaic revealed many pieces of wreckage and other items, submerged at the bottom of the paddy but visible in the map. The dive team took the data with them on their airboat, but even then had difficulty seeing debris on the bottom due to the silt kicked up by the boat.

Fortunately, by using the coordinates on the orthomosaic they were still able to recover debris as small as half a meter despite the low visibility. There was also an additional problem for the divers, said Lucey: “While they went to each coordinate, there were officers on shore with binoculars, calling out to warn the divers of alligators!” 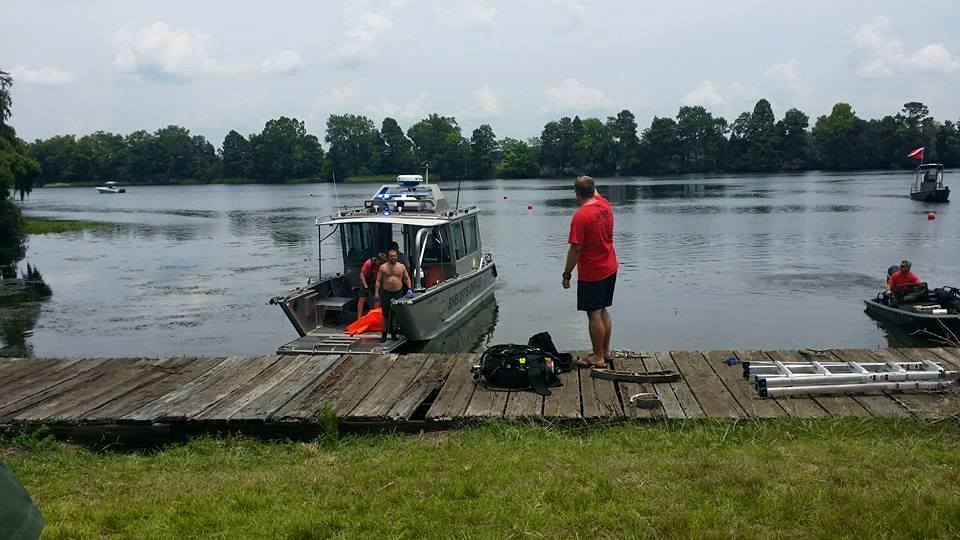 The investigation and recovery were completed in more than 3 days

After the first successful mapping, authorities requested more images and orthomosaics, and Fernandez and Lucey teamed with the National Transportation Safety Board (NTSB) to map farther away under a forest canopy.

Traditionally in a case like this, the NTSB document all of the debris by hand, using an iPhone, pen, and pad of paper. Each piece must be geotagged and logged, so staff take a picture of the items, find the geolocation using google maps, and record it on paper.

For the forest mapping, the DJI Phantom was particularly useful as it could spot debris resting on the treetops, something a traditional means of documenting would not be able to see except by helicopter.

By the end of the day, seven flights had been conducted over three areas to assist emergency workers with their arduous task. In total, the recovery of the debris and bodies took more than three days, and estimates from various authorities claim the maps and images saved approximately three additional days of work. “It’s so enlightening to have a tool that can make their job more efficient,” said Lucey, “Not only for the emergency responders but also for the families of the victims.”