“This is totally different than what we usually do with Pix4D.”

AeroScan offers reality capture services throughout the Netherlands, with a focus on construction and asset management as well as creative media production.

But to celebrate Art Week in Tietjerk, they took on a new challenge: aerial measurement of the world’s largest crochet blanket, which spanned more than 2.5km².

The blanket was created by the eponymous group De Grootste Gehaakte Deken van de Wereld (The Largest Crocheted Blanket in the World). People from 50 countries sent completed blankets or 10 by 10cm or 20 by 20cm ‘granny squares’ to the GGDW2018 headquarters in the Netherlands over a four year period. 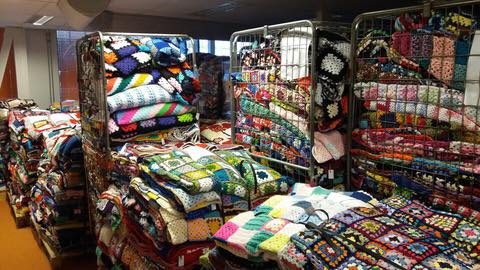 The size isn’t the only impressive part of the project: crochet is a more complicated way to make fabric from yarn than knitting. Crochet’s series of loops can easily be worked by hand but unlike ubiquitous knitting machines, crochet machines are unheard of. Every stitch on the field was created by hand, and took over 50,000 crafters a period of four years to make.

In contrast, AreoScan’s small team produced the documentation (from flight to finished video) in two days.

Getting gauge - accuracy and aerial measurement

Pix4D's photogrammetry software was a natural choice for the documentation. “Our challenge was how to capture such a large, flat surface with a high enough level of detail for the crocheters to be able to recognize their work. If you were to take regular drone photos, you would not be able to recognize a single piece in detail. The only way is to map and stitch together with Pix4D.”

Mark continued: “The size of the area was larger than many of our previous projects. To get data with millimeter accuracy it is necessary to have the highest quality pictures possible, so we flew with an 80% overlap.” 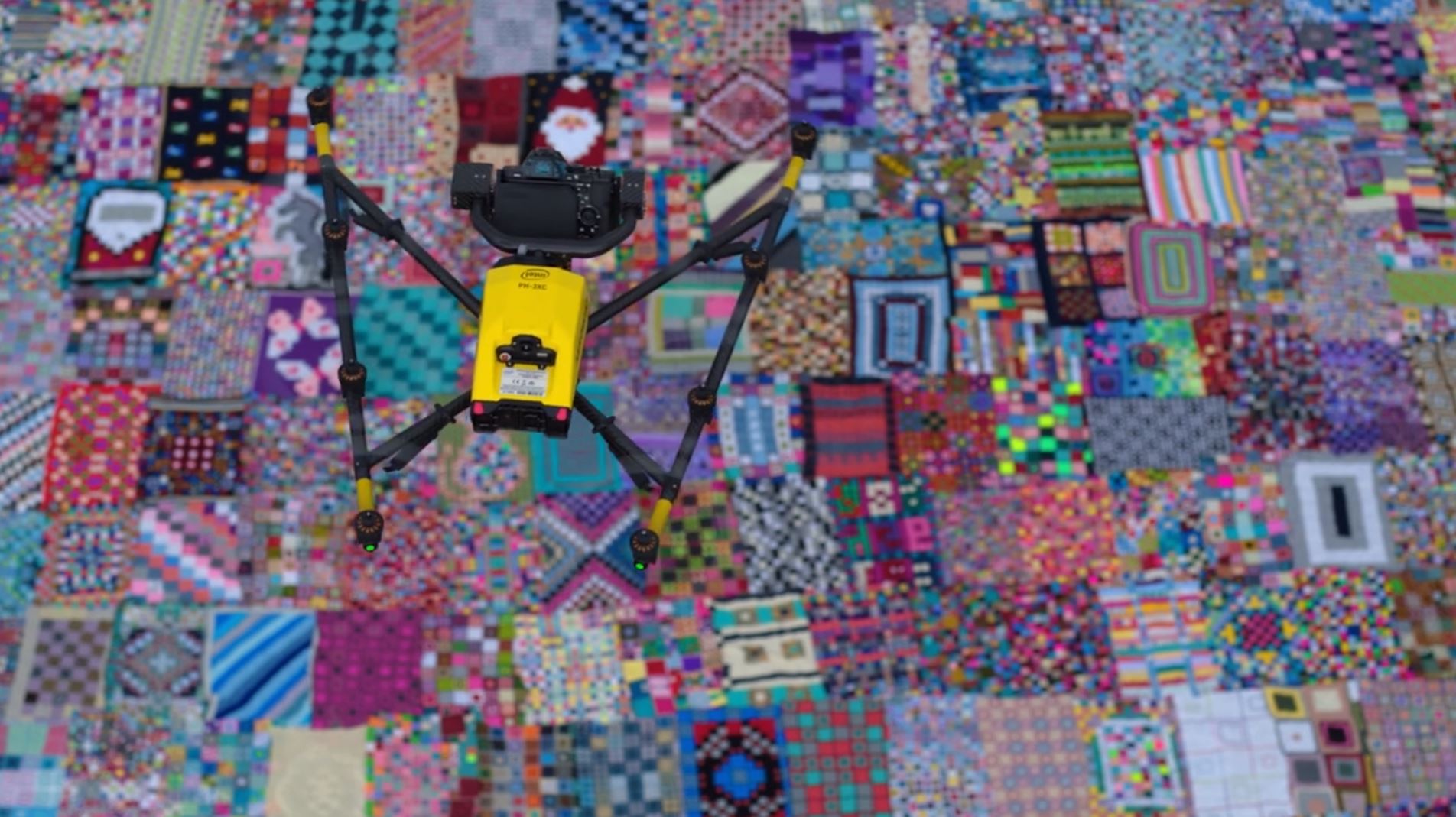 The team flew two missions to capture the field, at a height of around 40 meters. “Height had to be taken in account because of obstacles such as trees and power lines surrounding the area. We played it safe and captured a large amount of data, although this made processing a more lengthy process.” The two flights took a total of around twenty minutes.

Despite the size of the dataset, “processing the images was easy,” says Mark. “We can see each detail down to the individual stitch, so when we share the project online, the crafters can spot their own individual projects. The orthomosaic is also measurable for the purposes of the Guinness Book of World Records.” 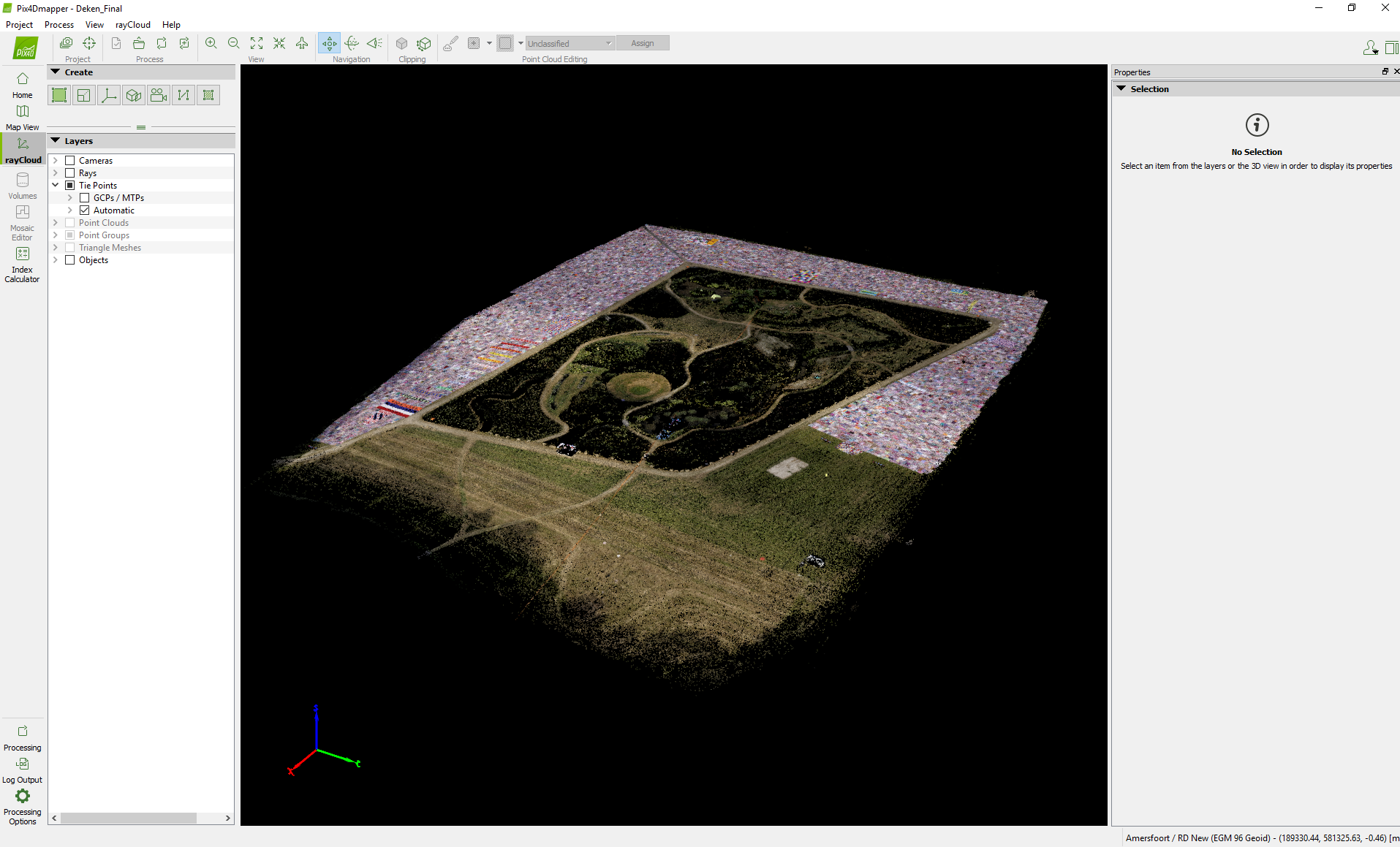 Hooking into the community

Crocheters weren’t the only part of the community on the field. The AeroScan team were invited to document the project by the technical college, ROC Sneek. Two students joined the AreoScan team to observe the flights. “We could have had more students, but it was a Saturday morning at 6 o’clock!” laughed Mark.

“The students helped place the ground control points and during the flight, they helped us maintain a safe distance from the flight boundaries by standing at the perimeter of the field. As a pilot, it was helpful to have a second pair of eyes to make sure we didn’t stray out of bounds - especially as there was a military base next to the field which of course we could not fly over!”

Mark explained that the student’s education focused around video and photography, and the creative possibilities of drone footage - not photogrammetry or measurement. “So we were able to show them something completely new. We’ve used Pix4D for a couple of years now, but for them it was completely new. It was a fun project - for the students, it was a low-entry, easy-going project, but it was something to get them in touch with mapping in a fun way.”

The challenge of a flat, detailed, and colorful map led to some stunning results. “There is so much detail in the images because we shot with a Sony A7R full frame camera. It’s around 39 megapixels, with a 35mm prime lens - so the images look stunning and the colors look really nice - even before processing with Pix4D.”

A section of the completed orthomosaic

AeroScan usually works with building projects, where millimeter accuracy is essential when identifying hazards and comparing as-built to as-designed, and a crochet blanket (even a very large one) may seem less important to measure accurately. But as this project was to be being evaluated by the Guinness Book of World Records, the team took the same amount of care as any other project.

“The Guinness Book officials approached us and asked for the dataset. They had a measurement which was made by an expert with a GPS, but they would like to reference our datasets and measurements as well to make a more accurate estimation of the square meters.”

The largest crocheted blanket in the world was in place for only two days before being broken up and individual blankets distributed to charity. But thanks to AeroScan’s documentation, each individual stitch can still be observed.