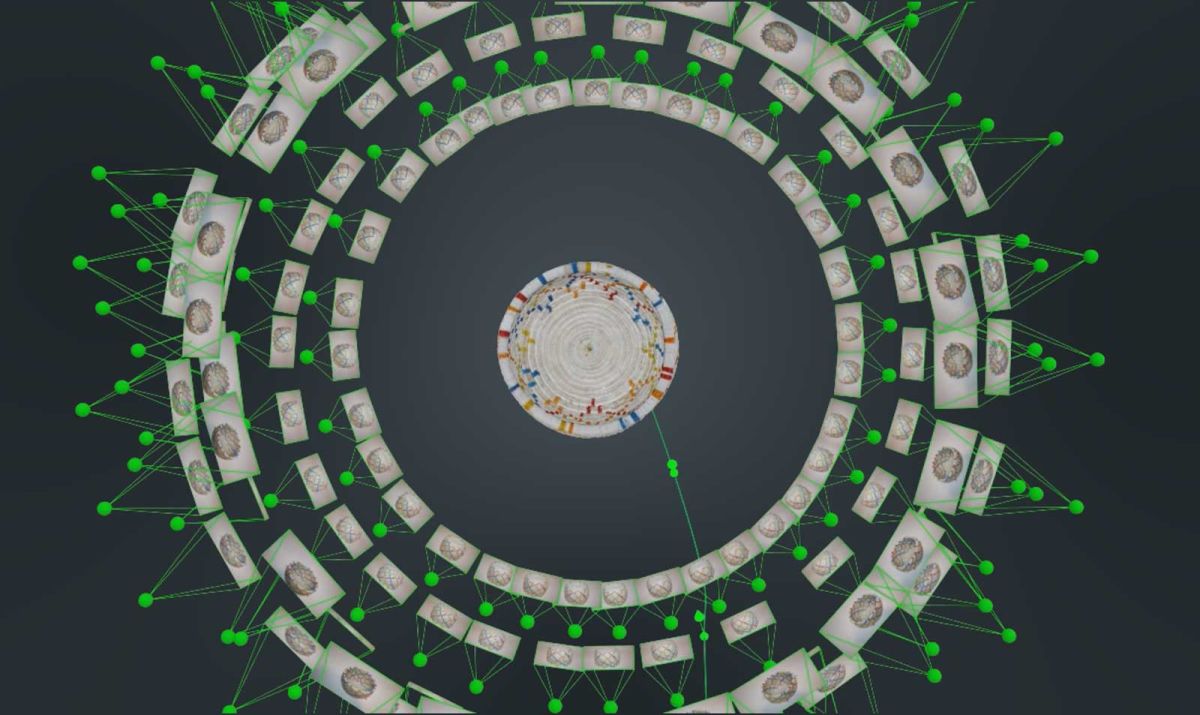 How to create 3D models of objects using photogrammetry

December 17, 2017
Give life to your favorite images and learn how to create 3D models using the versatility of Pix4Dmapper photogrammetry software.

To demonstrate the versatility of Pix4Dmapper photogrammetry software, bringing its already known, accurate, and high-quality photorealistic results on large scale projects to a small-object scale, we asked Vaireco GmbH to bring in their expertise in object modeling.

Vaireco wanted to test Pix4D software’s capabilities to model small objects. In this case, they modeled a handmade basket from Uganda. The main objective was to create a detailed 3D model of the object including every surface in a single model. 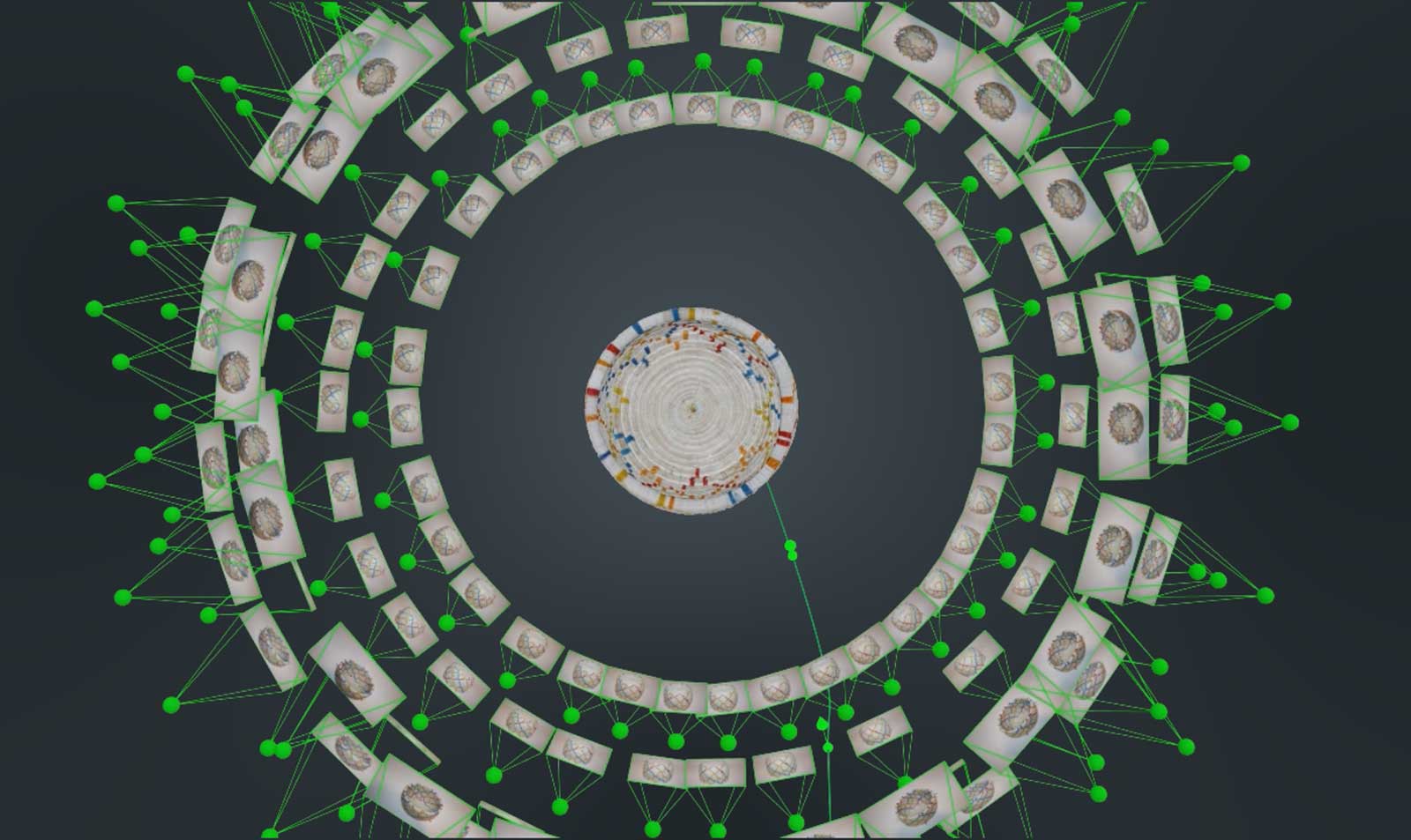 Capture the object with the right images

First, we knew we needed to capture every surface of the object in multiple images. We needed a 720 degree image capture strategy. The challenge is part of the object is always resting on a surface and is therefore covered up and unable to be photographed. In order to photograph all the object’s surfaces and features, the object must be flipped or rolled over and moved.

rayCloud allows the justification of the precise position of each point using the original 2D images.

Secondly, we knew we needed to photograph the object in a neutral environment. Everything not relevant to the object itself–such as features around and behind the object–must not appear in the images.

Pix4Dmapper photogrammetry software will reconstruct every feature present in the image set. In this case, the only way to acquire images of each surface requires moving the object to obtain various perspectives of the object. It is, therefore, necessary to blank out the background around the object by placing the object in a space with no features that could be picked up as automatic tie points. 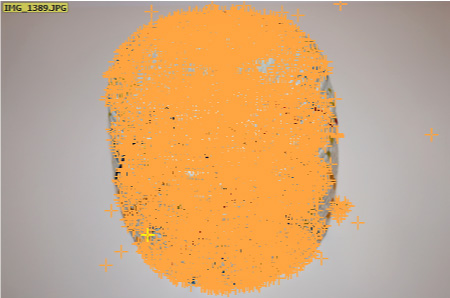 Tie points are distinguished between Manual and Automatic and are used to link all the images together.

For this example, we placed the object on a white matte poster board and placed a matte white sheet behind the object. This featureless background avoids the generation of automatic tie points, which would confuse the software since our object is photographed and moved at various angles within a static background. We used the camera’s flash to eliminate background shadows.

Merging is almost always necessary because images of each side of an object are usually processed separately at first and then the individual projects are merged before point cloud generation. 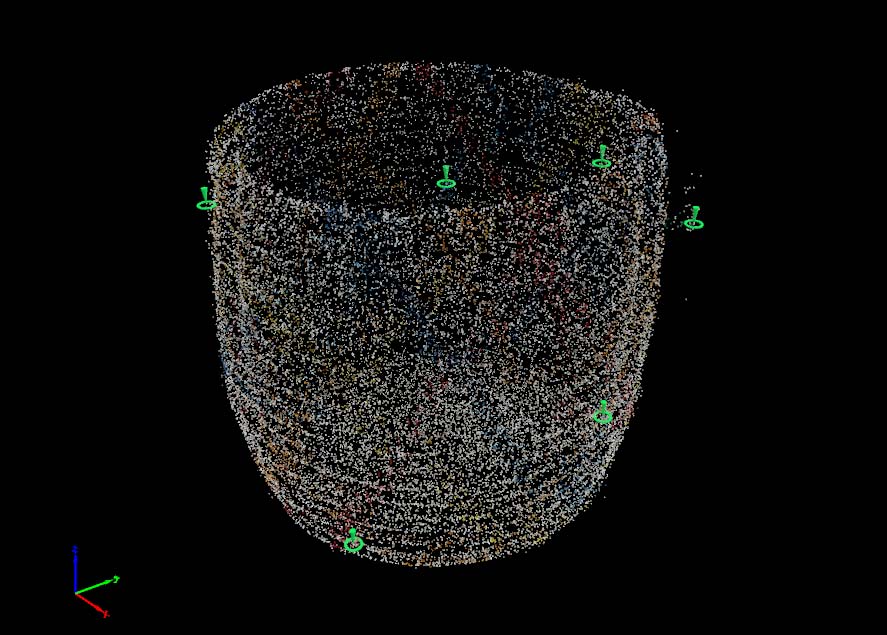 Using common Manual Tie Points facilitates the merging of multiple projects into one. In this case, we photographed the basket upright for a dataset around the object and then flipped it over to capture the hidden bottom.

It is possible to export the final edited model in a number of formats for display on diverse 3D, VR and AR visualization platforms. You can also import it into 3D animation software or game engines. Pix4Dmapper photogrammetry software also allows you to create video animations.

This photogrammetry-based 3D modeling workflow accelerates the 3D asset creation process in a broad variety of industries, ranging from cultural heritage and industrial design to gaming, entertainment and educational AR and VR experiences.