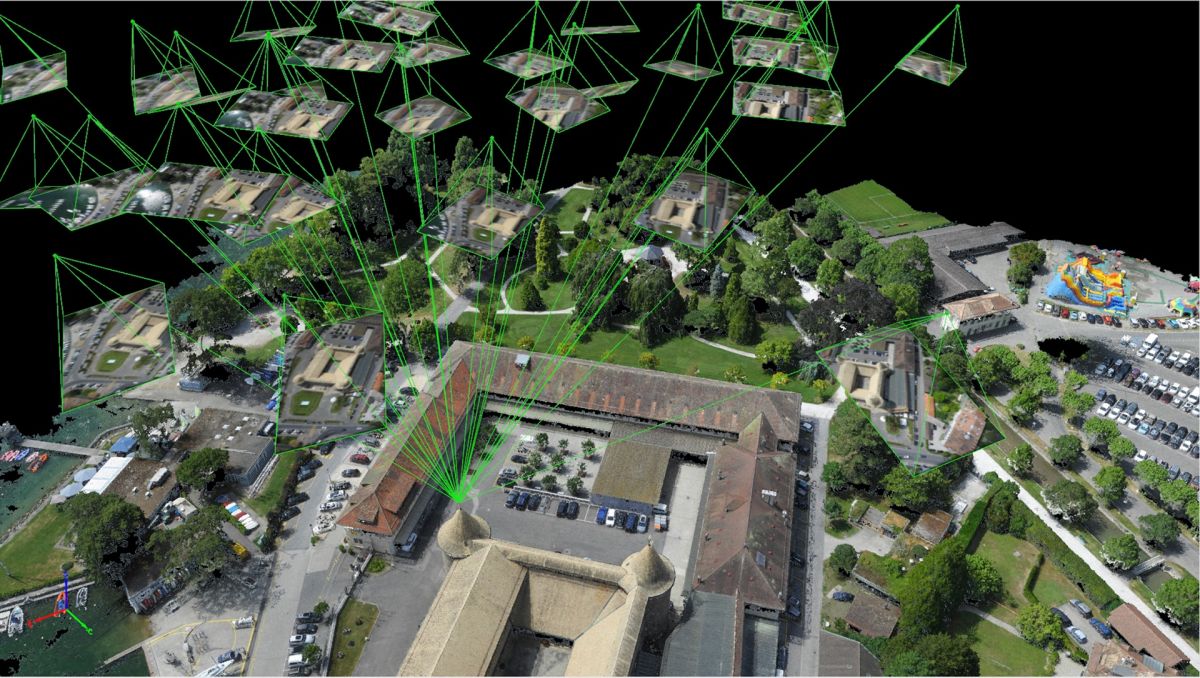 rayCloud: the power of understanding photogrammetry

December 20, 2017
Sometimes a 3D representation isn’t enough. Pix4D's rayCloud is a tool which combines the best of both worlds in a single environment.
Did you know that the rayCloud™ was invented by Pix4D?
The rayCloud provides a seamless integration between a 3D representation of the project area and the original images.

The 3D reconstruction is derived from the intersection of countless rays, each of which projects out into space from the original images, creating a cloud of rays.

Inspired by the concept of a point cloud—a mass of 3D points in Cartesian coordinate system — we named our iconic interface rayCloud, which displays a mass of projection rays.

A unique environment where 3D and 2D interact

The Pix4D rayCloud is the first 3D interface that allows you to interact with your original 2D images and the reconstructed 3D object space. Because of this straight-forward visualization, many educational institutions use our rayCloud interface to teach photogrammetry theory. Click on a 3D point and you will see all of the images that contribute to the reconstruction of that specific point. Each image that captures the point will be tied to the point with a single ray.

The primary advantage of the rayCloud is the immersive experience and the assurance of accuracy in photogrammetric applications. When creating or editing vector objects (points, lines, and surfaces), you can always justify the precise position of each point using the original 2D images. In upcoming articles, we will introduce more features of the rayCloud, which can help you obtain accurate project outputs.