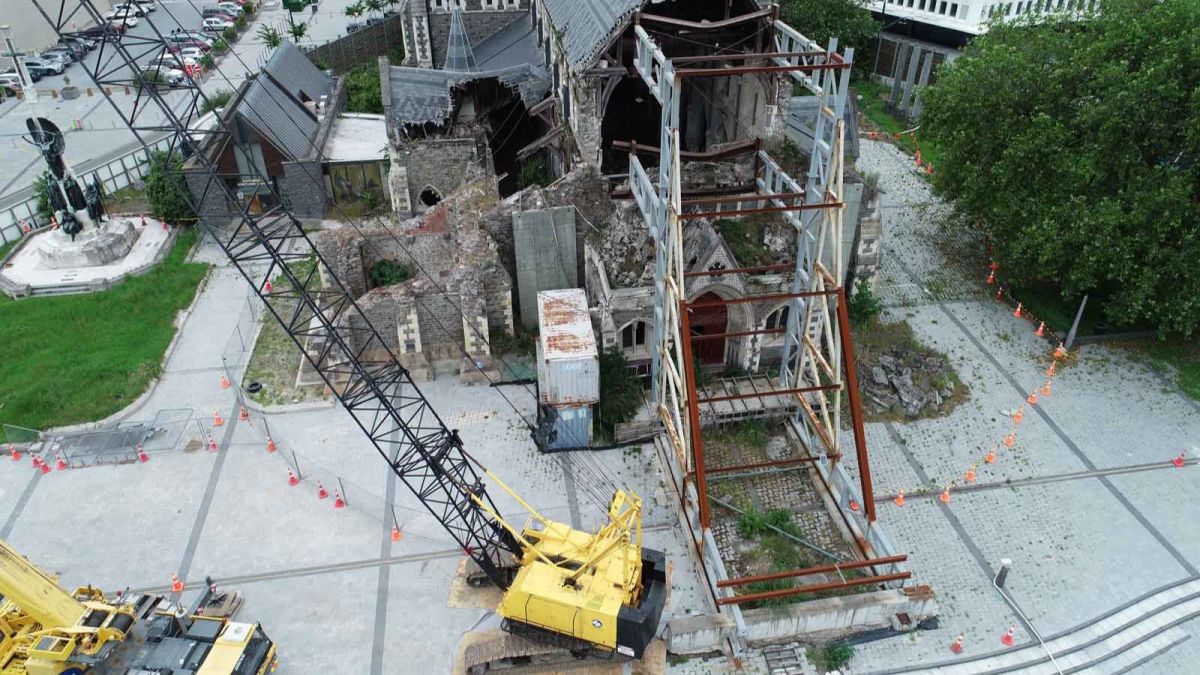 June 5, 2019
Surveying a damaged building can be dangerous. Mapping using drones reduces risk to staff and costs to the community.
Download PDF

In February 2011 New Zealand’s second-most populous city was rocked by an earthquake.

The iconic Christchurch Cathedral was shattered in the shake, and the cleanup is still ongoing.

Before the Cathedral can be rebuilt and the “red zone” surrounding it rejuvenated, a full survey is required. Christchurch City Council’s surveyor Jed Clement, Licensed Cadastral Surveyor, stepped up to the task with the help of drones and Pix4Dmapper.

Locals describe Cathedral Square as ‘the heart of the city’ and is ‘key to Christchurch’. It sits in the center of Christchurch, New Zealand, both metaphorically and literally. The garden city, with its large urban parks bisected by the sleepy Ōtākaro Avon river, is known for agriculture, being the gateway to Antarctica - and more recently, earthquakes. 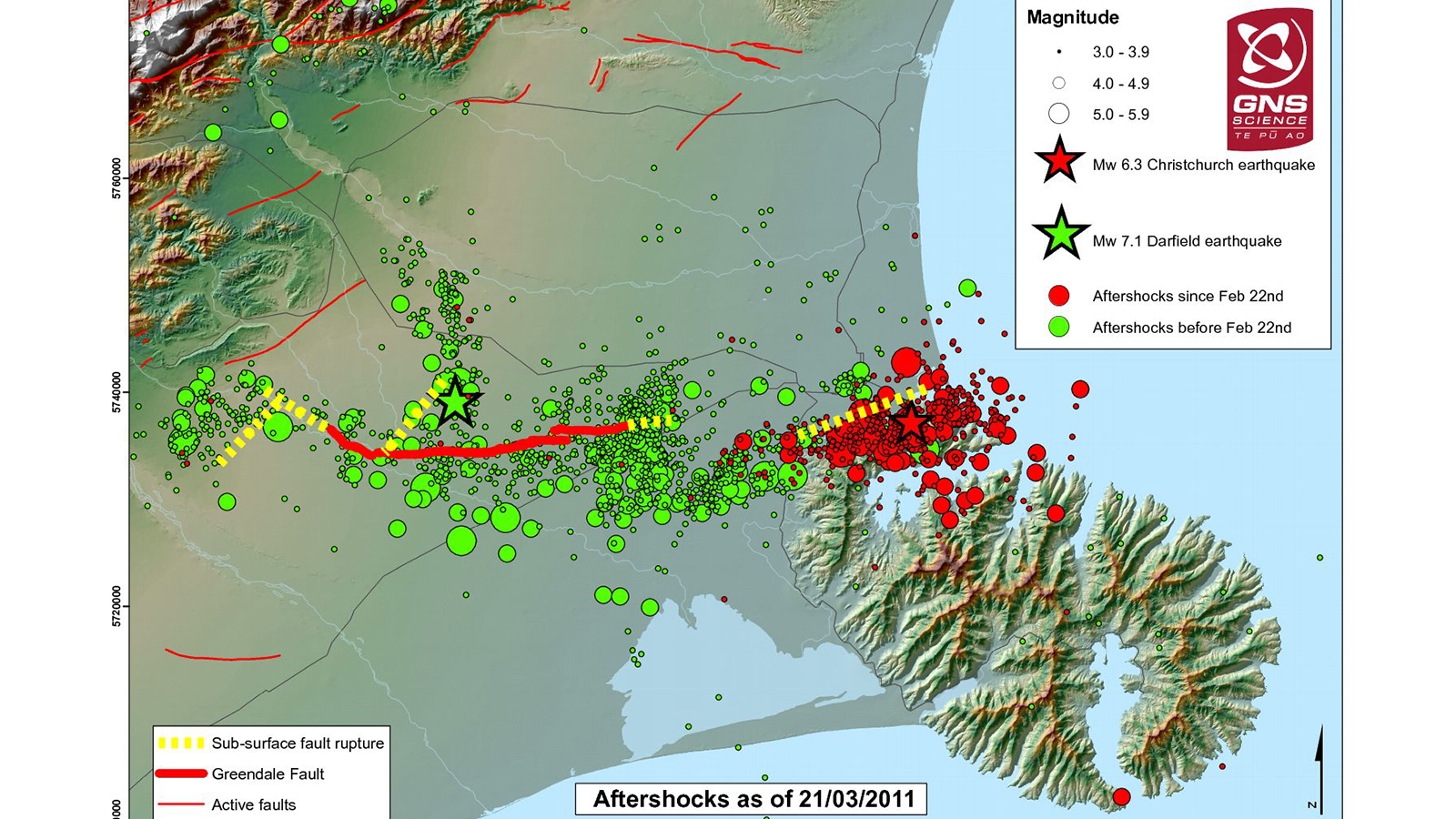 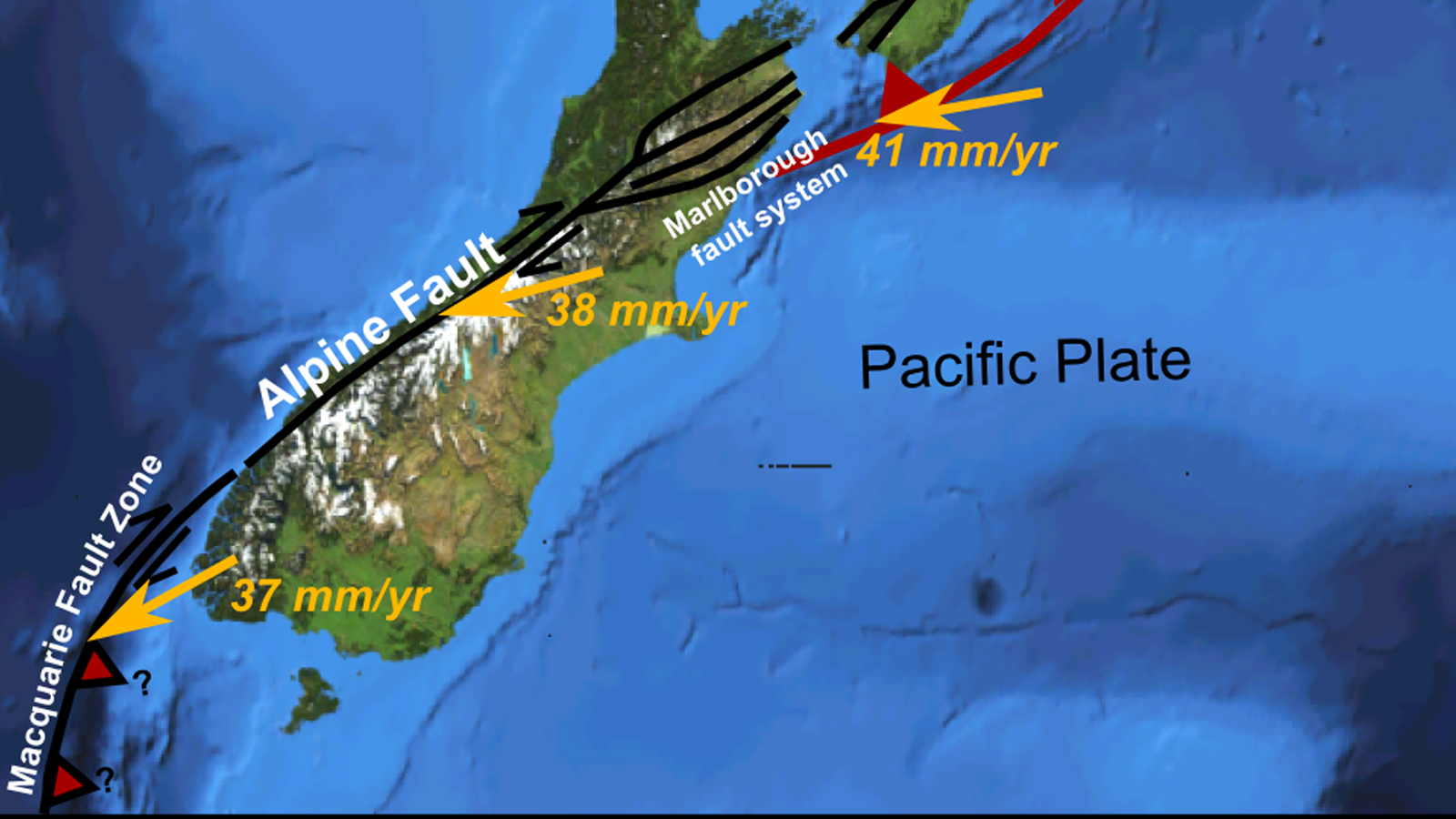 Map showing the mainshock and aftershocks above magnitude 3, and fault ruptures in Canterbury via GeoNet (left) and The Alpine fault line (right: image by Mikenorton - own work, CC BY-SA 3.0)

New Zealand is stretched across a fault line and earthquakes are common, although seldom as severe as the 2011 quake. By August 2012, the area had experienced more than 11,000 aftershocks of a magnitude 2 or higher. Aftershocks were felt up to 300 kilometers away from the epicenter.

Strict building standards no doubt saved many lives. Scientists estimate that the shake which damaged the cathedral would have “totally flattened” most cities around the globe. The timber-framed homes favored in New Zealand are relatively resistant to earthquakes, and most damage was sustained in poorly-designed buildings, or stone structures like the Christchurch Cathedral. 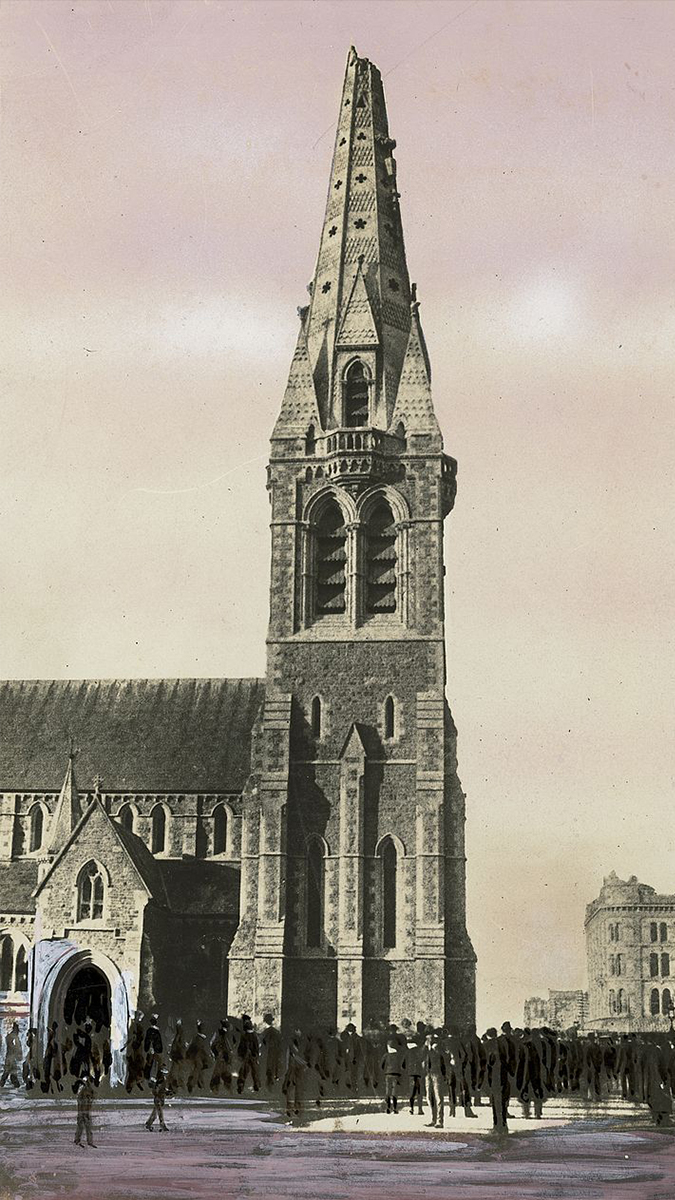 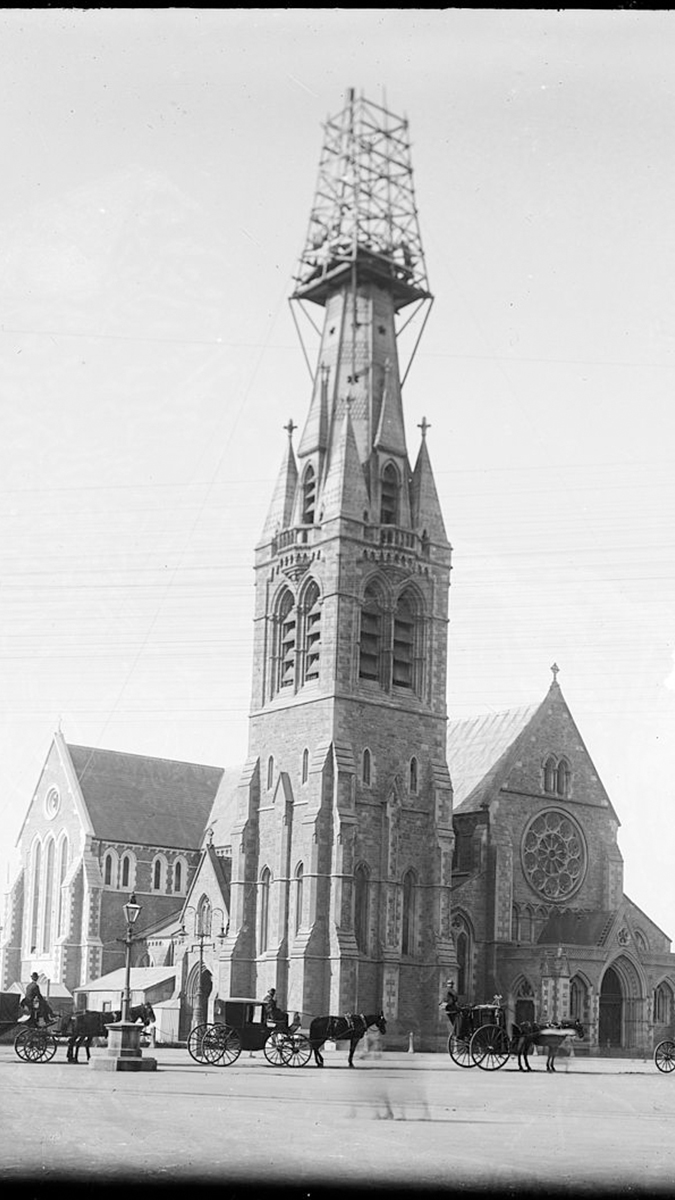 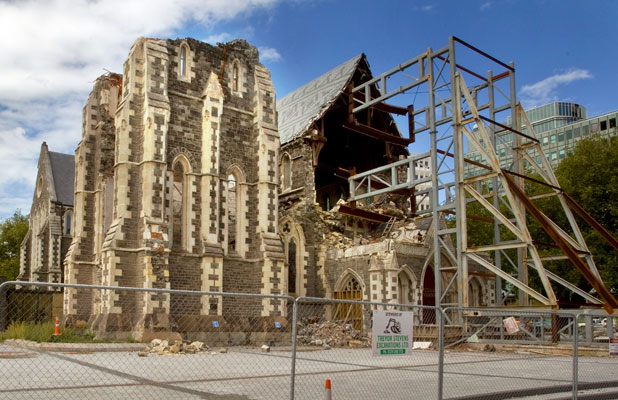 The greatest damage occurred in 2011. The first shake destroyed the spire and part of the tower, and left the rest of the building severely damaged. Aftershocks collapsed the west wall of the Cathedral, and what was left of the tower had to be demolished in 2012.

Rebuilding after the earthquake

As the city and the nation debated whether the Cathedral should be rebuilt at all, worshipers gathered in a temporary ‘Cardboard Cathedral’ made out of comfortingly earthquake-resistant materials - including cardboard.

But now the Cathedral is being rebuilt and commercial development in Cathedral Square and the surrounding area encouraged. Access to the area has been limited due to quake damage, and it’s hoped the development will revitalise the area.

To assist with the rebuild, the Christchurch City Council team launched a drone flight to capture ground levels and provide an up-to-date orthomosaic drone map of Cathedral Square to allow for accurate spatial planning. 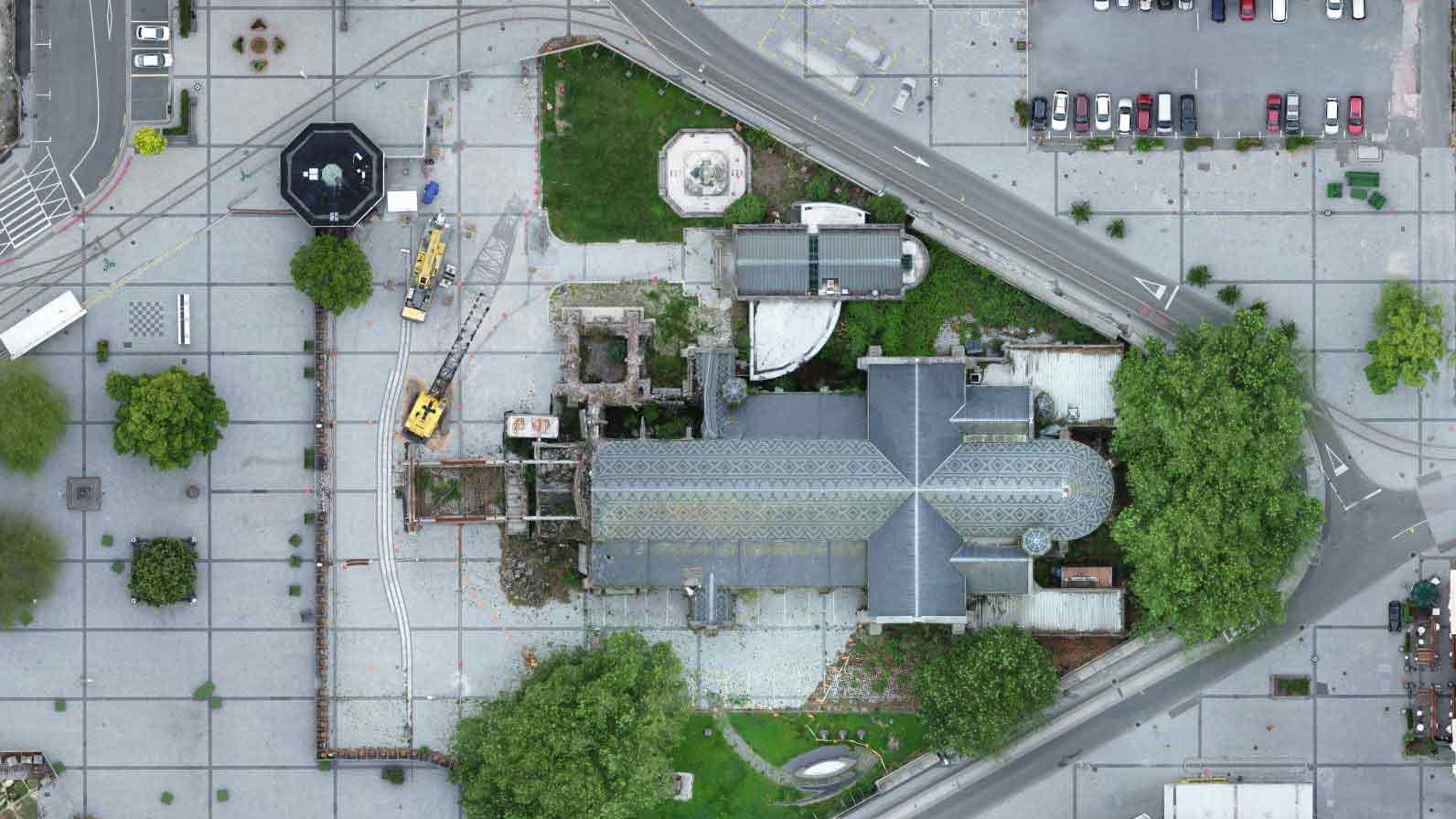 The benefits of drones in dangerous situations

Much of Cathedral Square is open, but there were areas of the Square that were also unable to be accessed due to the risks relating to construction as well as the damaged buildings, including the Cathedral. These areas meant that aerial photogrammetry was the best choice for capturing data.

The drone could fly inside the restricted perimeter fences without risk to the operator. Just as importantly, Pix4D’s algorithms allow for the optimal capture of imagery to render a high quality 3D model which the surveyors could use to take precise measurements - all without entering the site.

Mapping an inaccessible area with drones

The flight team met in Cathedral Square at 8am on a Sunday morning. The early start meant fewer people around the square and fewer vehicles on the road. While this caused less disruption to the public, it also had advantages for the team. Moving objects (like cars and people) may appear in the orthomosaic as transparent artefacts. While it is possible to remove these 'ghosts' and improve the appearance of the orthomosaic, the early start allowed the team to avoid capturing them in the first place.

The Christchurch City Council survey team’s drone pilots license is pending, and they currently operate under New Zealand’s CAA Part 101 operating rules which also regulates balloons and kites. The aerial mapping flight was approved by the city’s Roading Authority and the Cathedral trust. 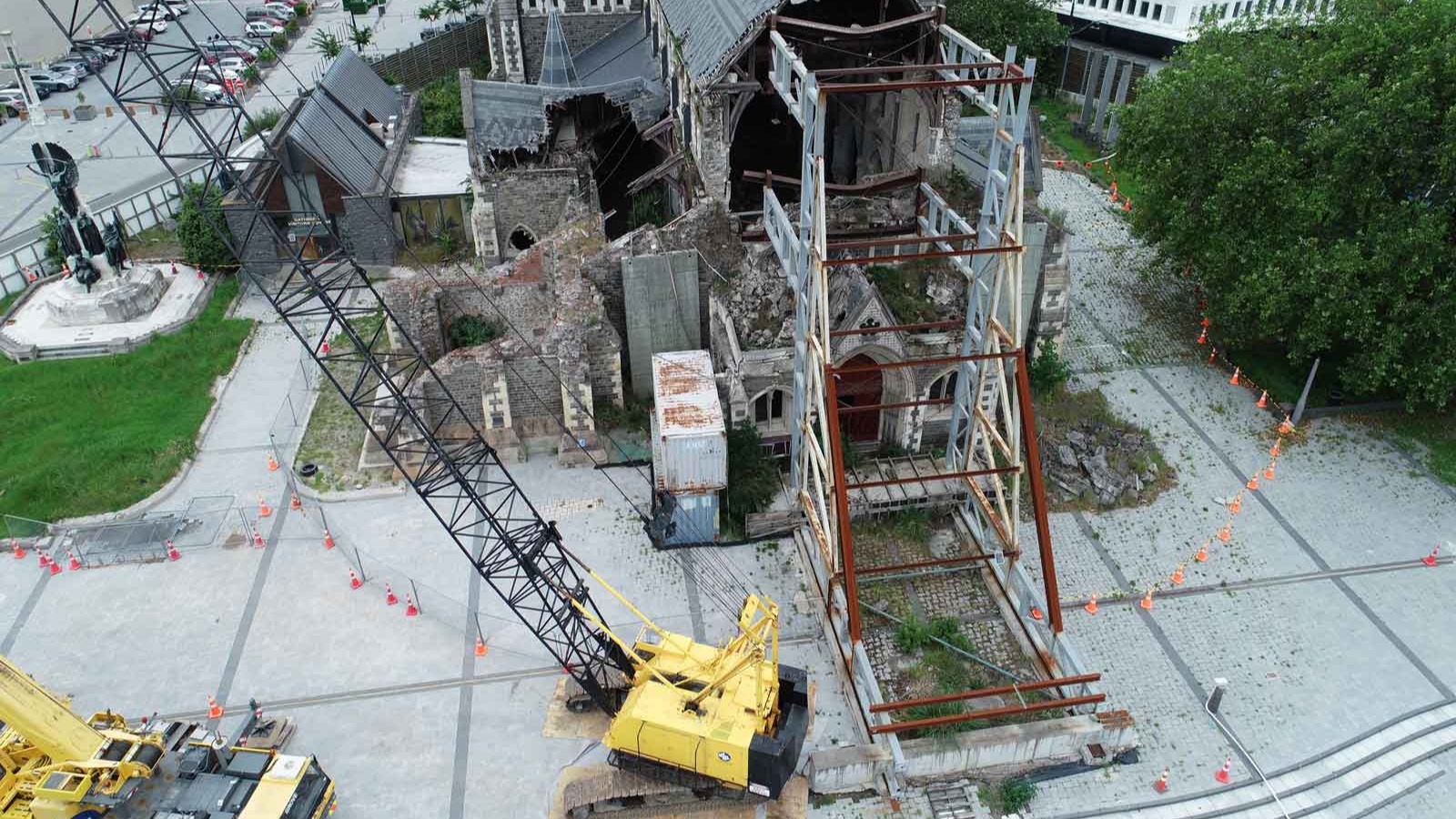 The team hoped for overcast weather, and got it. “We were concerned about the surface being quite reflective, which would mean losing detail in the final outputs,” says Clement. “But the morning of the flight could not have been better, being overcast and with no wind.”

A total of four flights were completed: two oblique and two grid nadir to capture as much information as possible.

“Unfortunately we had an issue with the connection to the drone on one of the flights,” says Clement. “That meant we were missing one set of oblique images over most of the square, which resulted in missed detail on the Cathedral and surrounding buildings.”

Despite this issue, the team was able to reconstruct the 3D drone model in less than 23 hours in Pix4Dmapper aerial photogrammetry software. 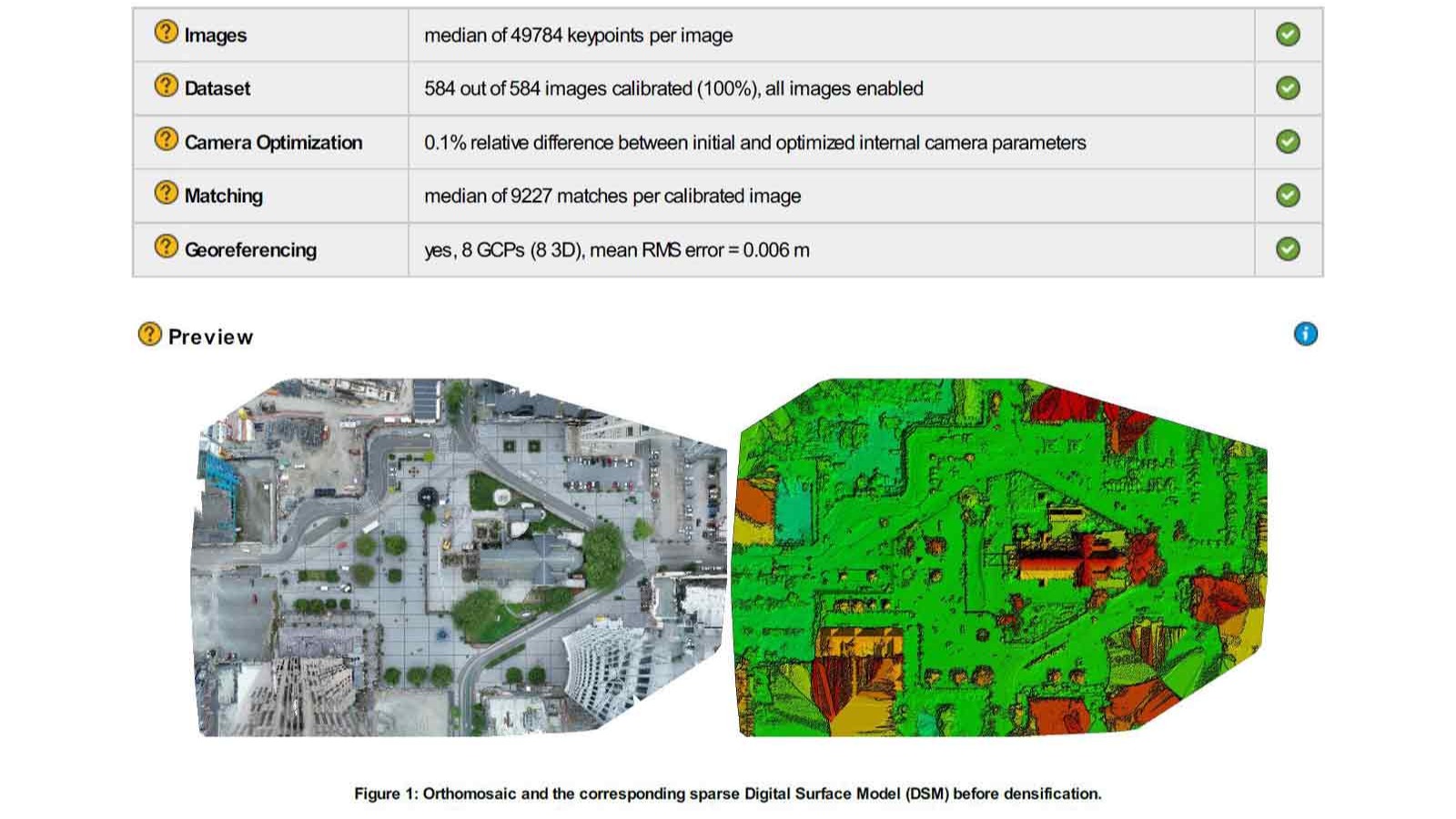 Detail of the project’s quality report

Before takeoff, eight ground control points (GCPs) were levelled to a 5mm accuracy. A further 12 checkpoints were added during processing, giving the mapping project an average ground sampling distance (GSD) of 1.38cm.

“Quality ground surfaces and reporting - plus ease of use - is why we chose Pix4D,” added Clement. 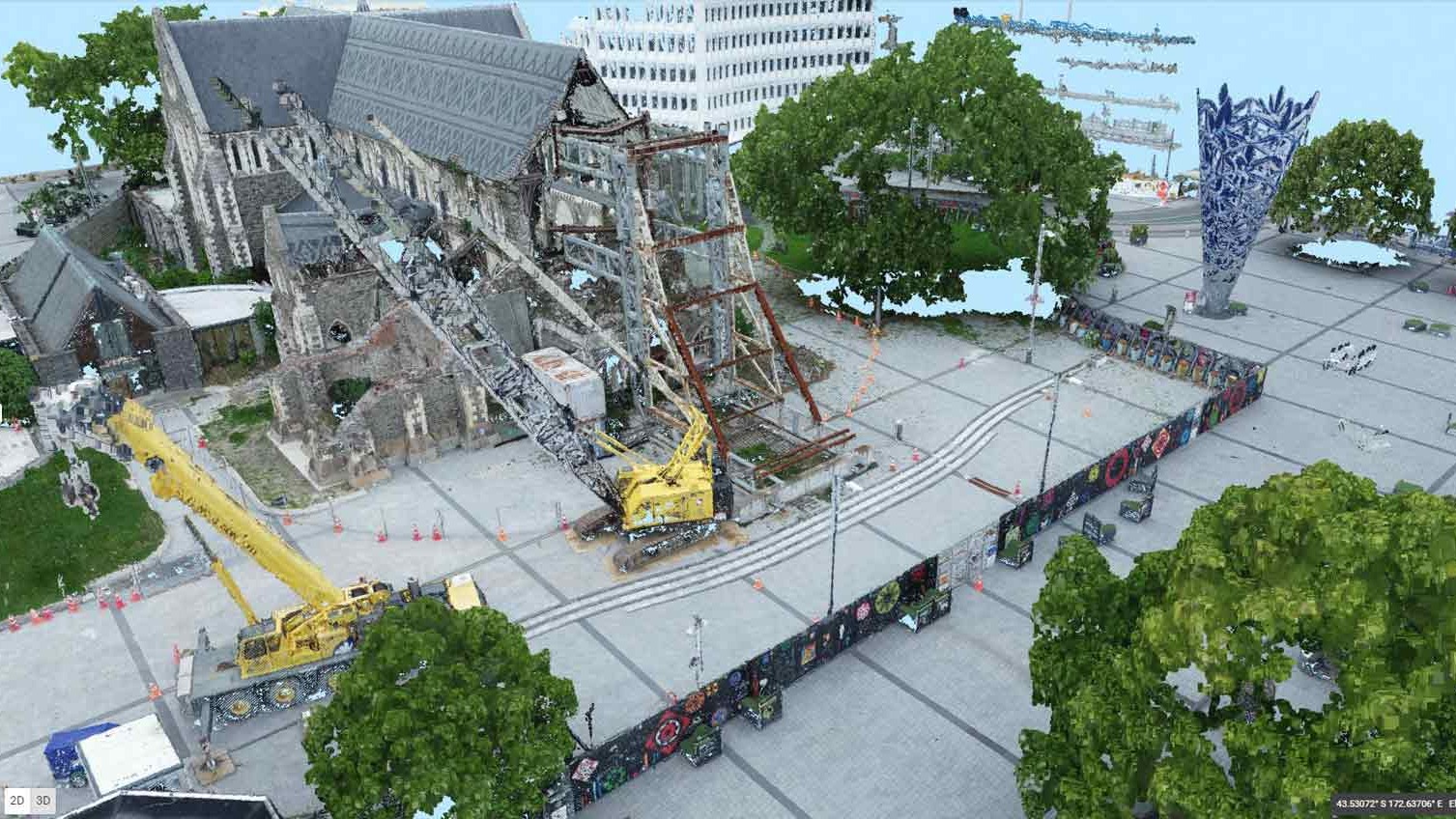 Modeling a moment in history

The model gave the team the certainty they needed to begin the detailed design phase of the southern portion of Cathedral Square rebuild. 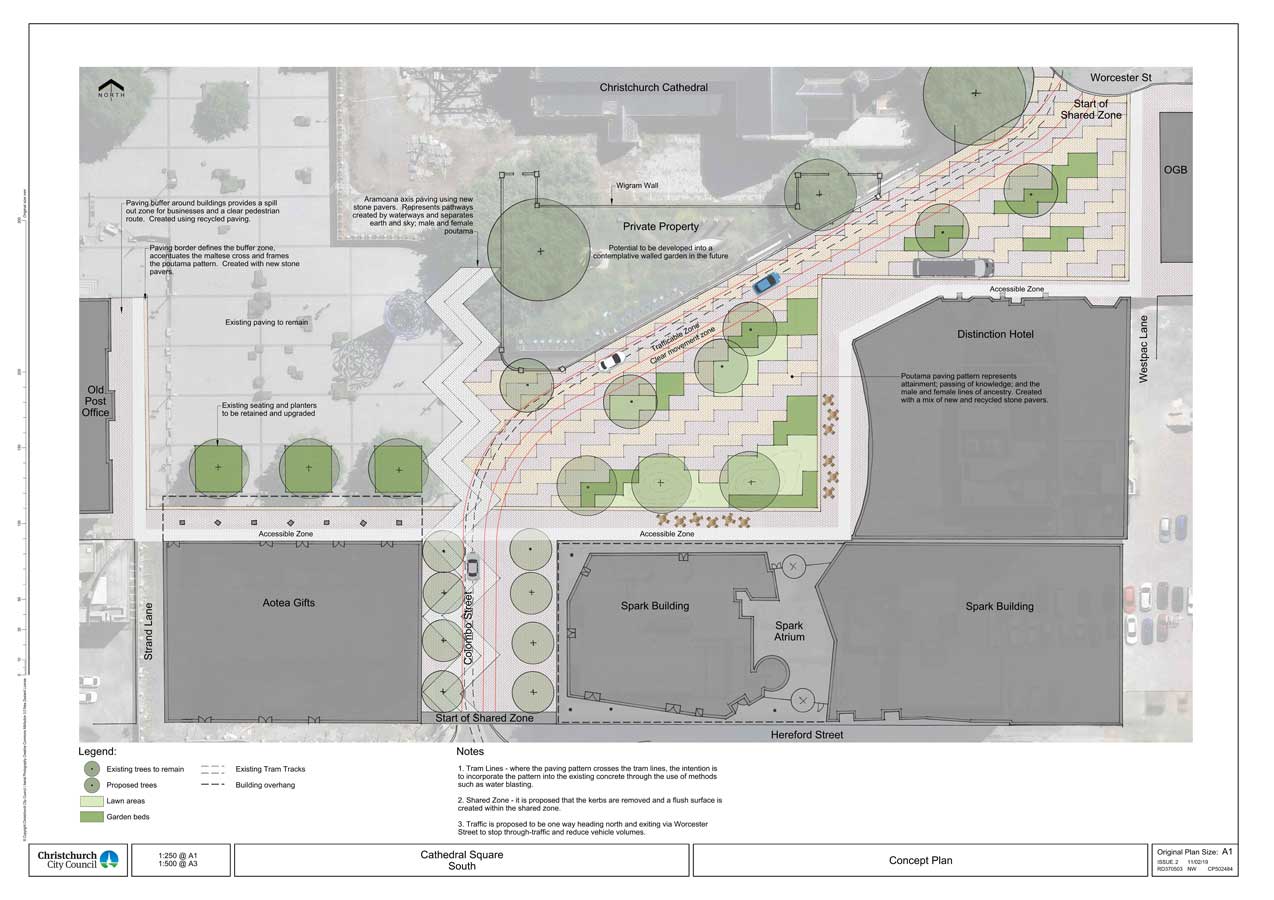 A plan to rejuvenate Cathedral Square, developed by the Christchurch City Council

This part of the rebuild is to coincide with the commercial development that is underway on the southern perimeter of the square, and is due to begin opening in late 2019.

Regenerate Christchurch notes that: “Redevelopment will acknowledge the past and the events that have shaped the city, while reflecting the best of the new… This is an opportunity to breathe life back into Cathedral Square and re-establish it as the heart of the city.”

The model of the square and broken cathedral is not only a useful tool, but the aerial photography is a snapshot of a moment in the city’s history.

Do you have any questions or comments about this article? Join the discussion on our community! We're looking forward to hearing from you.