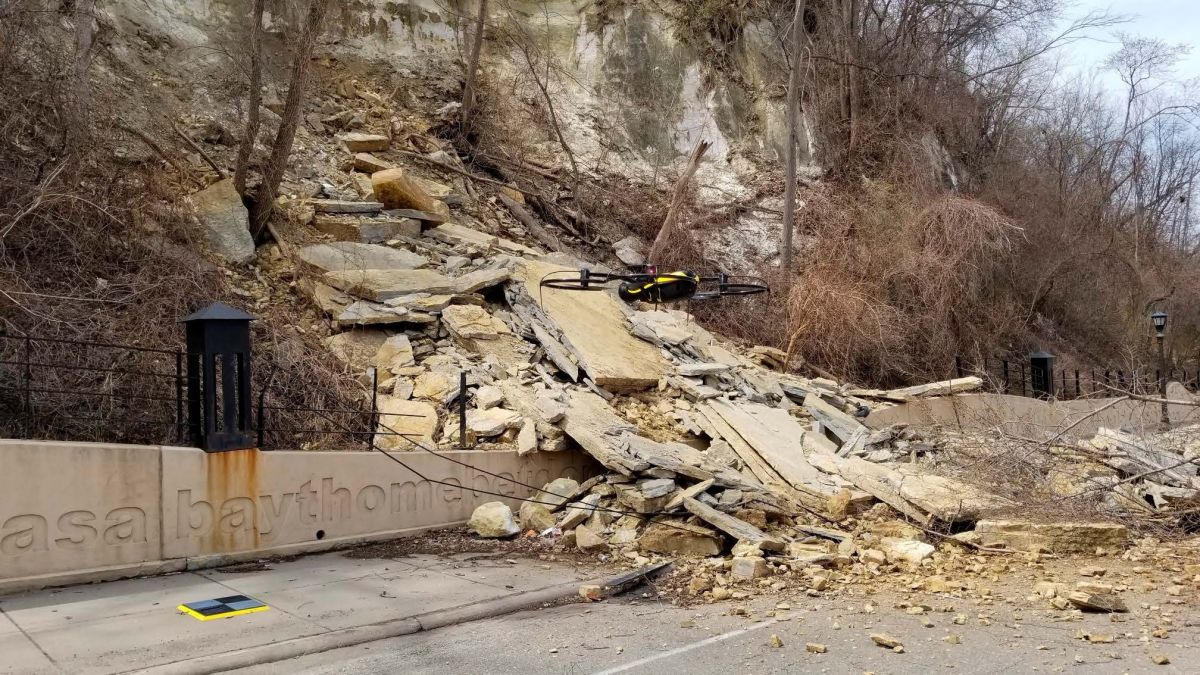 November 14, 2018
Unstable rockslide debris closed a busy street and was a risk to both the public and engineers. A UAV was the best way to assess the site.

An estimated 400,000 pounds (181,000 kilos) of soil and limestone blocked Wabasha Street in St. Paul, Minnesota. Despite the incident occurring on a Spring Saturday afternoon in a dense urban environment, no one was injured.

However, the area was closed to the public until the bluff could be stabilized and the debris cleared. City authorities called on Collins Engineers Inc in the afternoon. By the next morning the crew was onsite, ready to assess the damage. 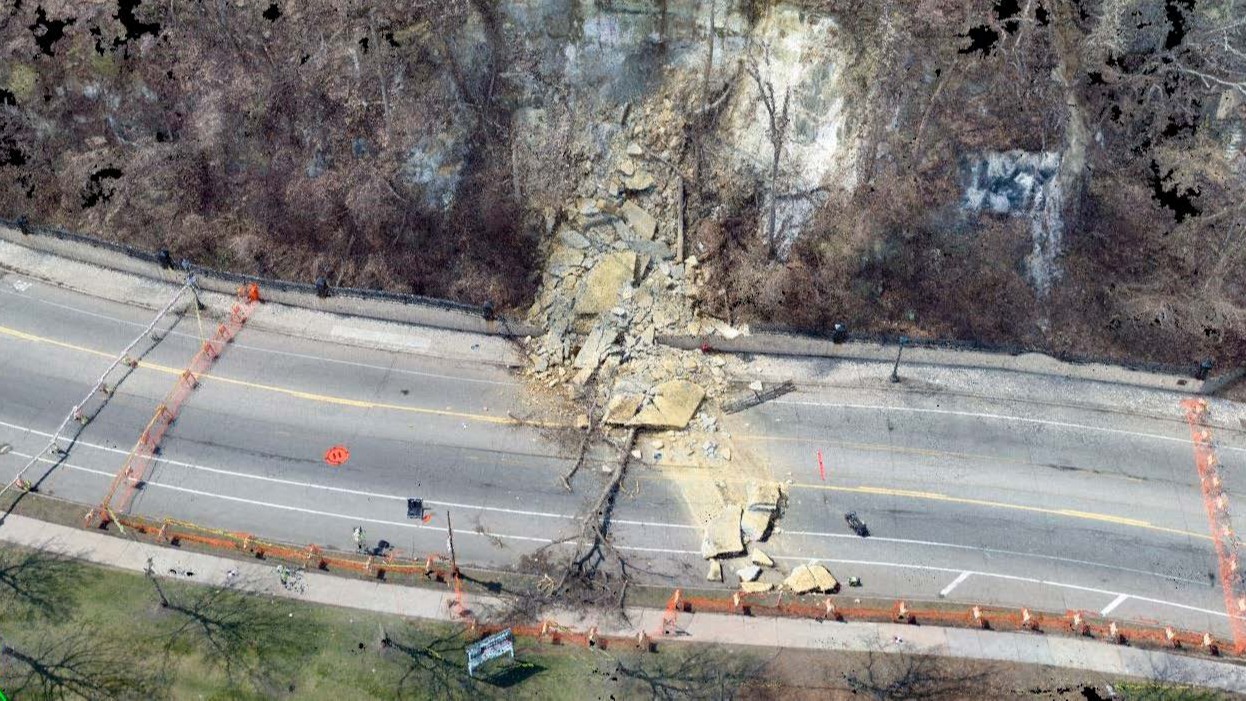 Inspecting the landslide in 3D

The Wabasha Street rockslide was clearly going to be an engineering challenge to clear: and it was a challenge for the team to capture as well.

The site obviously had a large elevation change and the team needed to map not only the horizontal surfaces but also the vertical surfaces of the bluff face. Winds which were moderate at the base of the site accelerated at the top of the bluff, approaching 25 miles per hour. The drone performed well in the wind but the movement of the vegetation made it difficult to process.

Elevation of the Wabasha Street rockslide in Pix4Dmapper Cloud

The area is near the St. Paul Downtown Airport, known to the locals as Homan Field. Despite this being a restricted airspace, flying could go ahead as Collins has an FAA airspace waiver in place, allowing inspection work to be performed under the FAA’s Part 107 Small UAS Rule. Two Collins team members were onsite during the four-hour data collection phase of the project, and the drone was kept in line-of-sight at all times.

The team used a combination of manual and automatic flights to capture the face of the bluff and the rockslide. Flights were launched from the top and bottom of the bluff to ensure all angles were captured. Ground control points were used to aid accuracy. In four hours, the team collected 438 high-resolution images.

Importantly, the data was collected without any personnel having to enter unsafe or unstable areas.

The images were processed in Pix4Dmapper Cloud. The team used different aspects of the program and created a number of different outputs including: 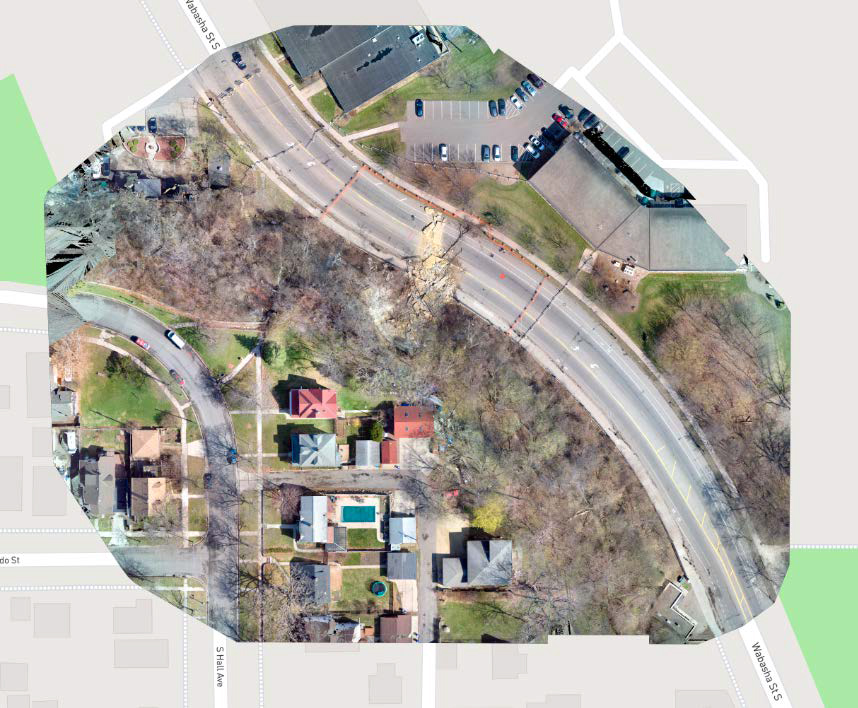 When the team at Collins Engineering Inc were first called to help on the project, the scope was limited to collecting data to assist technical staff with repairs and clearing the debris. However, it quickly became apparent that 3D models of the site created with Pix4D were an effective communication tool. The maps and models were used to communicate the impact and extent of the slip to the St. Paul City Council, senior City staff as well as the affected property owners - without requiring a visit to the unstable site.