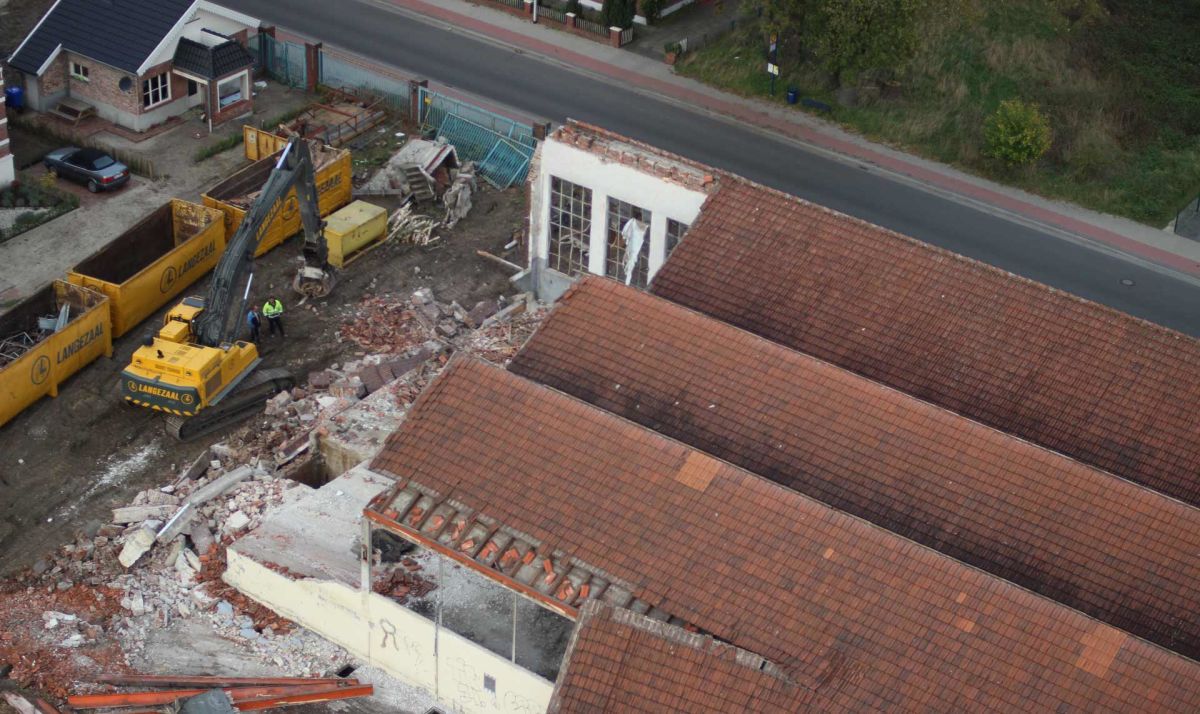 March 17, 2015
After an earthquake, seismic damage including cracks and spalling information was mapped with drone images and the 3D point cloud.

The purpose of the project is to use UAV images to map building damage. Research in mapping building damage in a detailed manner has just started: before the UAV era it was not possible to retrieve very high resolution (3 cm GSD and smaller) images for a complete building. For many users, like civil engineers, details like cracks or spalling are very important damage indicators.

By using a hybrid approach, where the 3D point cloud is applied to derive geometric damage indicators and the images are used to derive crack/spalling information, we aim to get a better understanding of actual building damage. 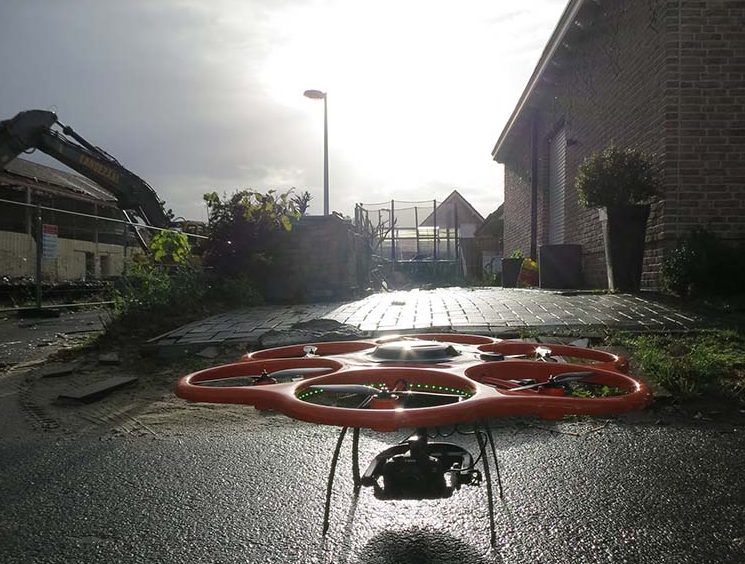 A total of around 350 images were acquired: 230 nadir images and 75 oblique images taken with the UAV, plus another 41 terrestrial images. The nadir flight was pre-planned in several strips and the oblique flight was planned in a circular manner.

Terrestrial images were taken with a 6-meter pole in order to get a good frontal view of one big façade. The rotary wing system “Aibot X6” was used to acquire images over the former industrial area in Gronau/Westfalen, Germany. 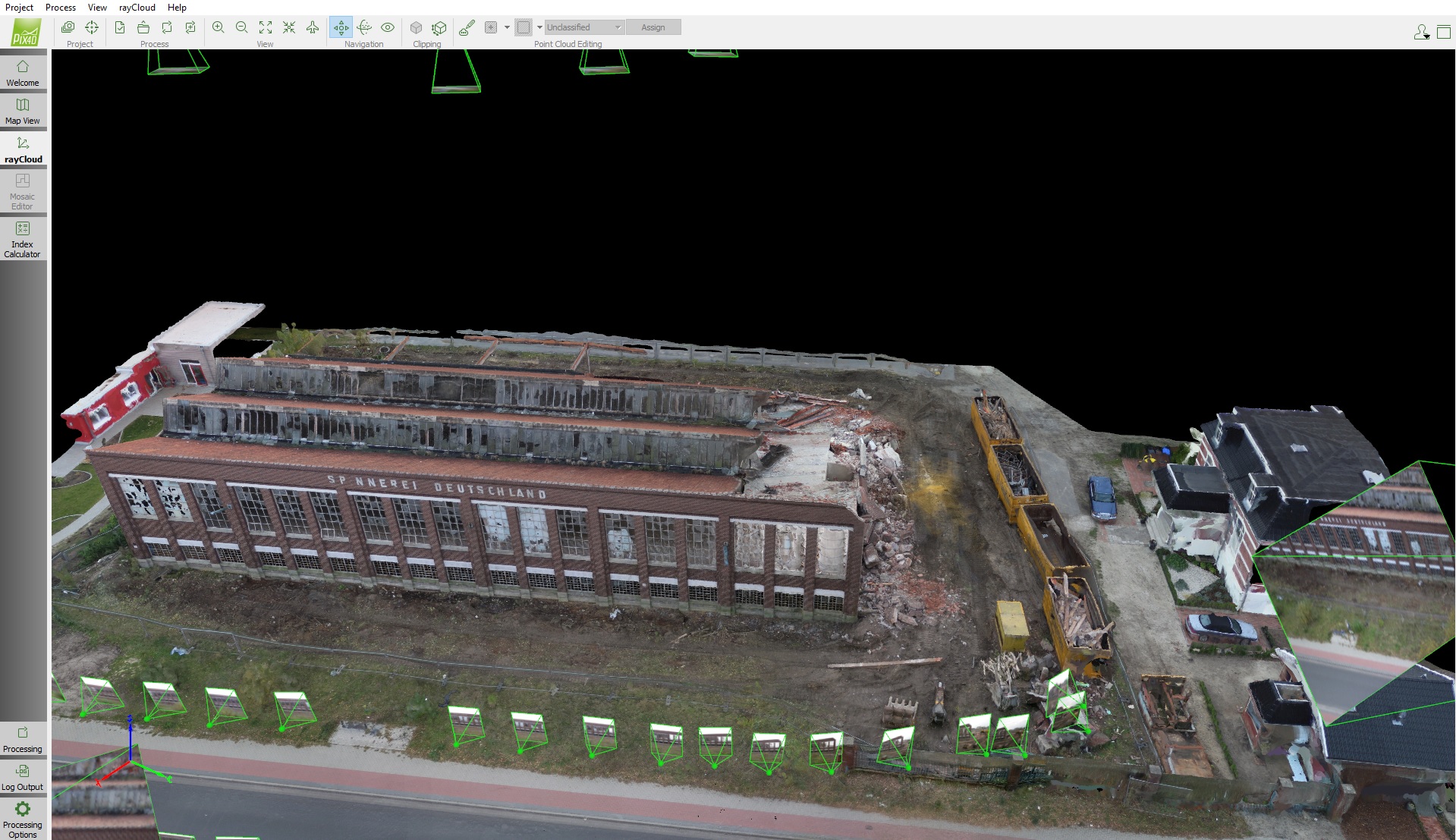 This research is still ongoing. Preliminary results comprise the geometric analysis of the point cloud, regarding geometric damage indicators.

See the images below: already the shape indicators derived from the so-called structural tensor (local covariance matrix) allows damage to be highlighted, in this case the bent roof structure.

Before the popularization of UAVs, this kind of data was not available in such an easy way! Pix4D software helps to calibrate cameras, compute precise image orientation and generate 3D point clouds. Since undistorted images and the camera parameters can be exported by Pix4D software in various formats, it is quite easy to further work with the results and to further analyze the information in our own post-processing workflow, like image and point cloud-based damage assessment.