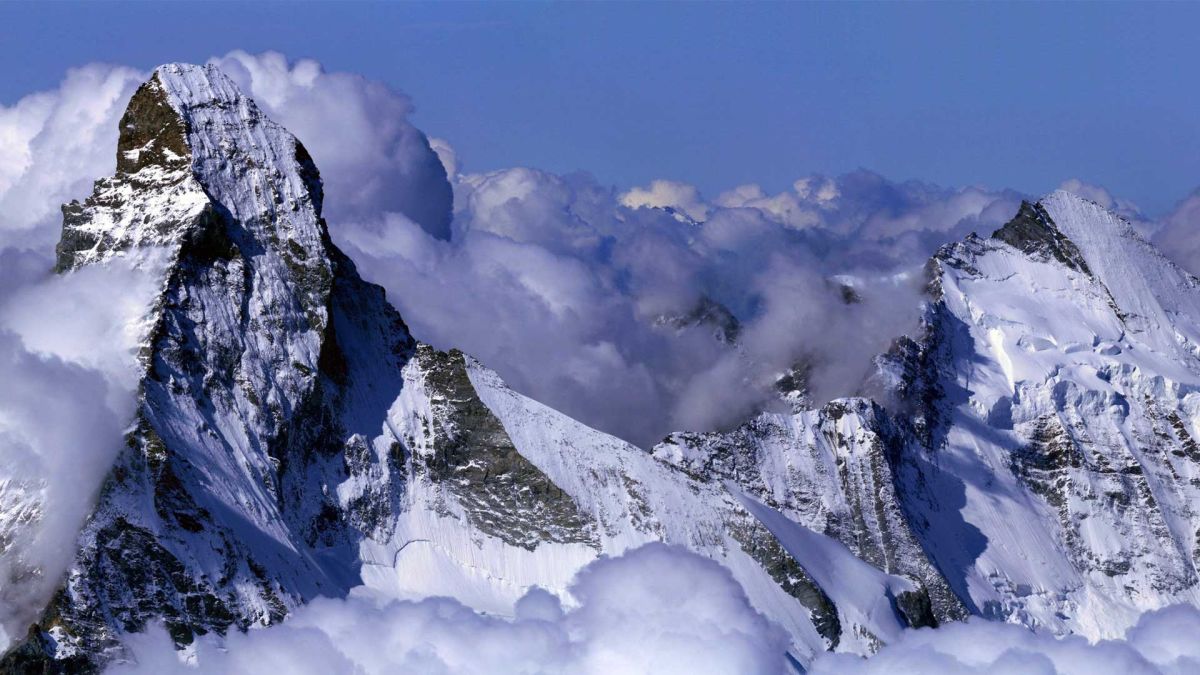 January 11, 2018
The Matterhorn has challenged climbers for centuries. Can it be conquered with drones?

Standing high above the other mountain ranges in the Swiss alps, the Matterhorn is one of the highest peaks in Europe, and a symbol of Switzerland.

A challenge to climbers for centuries, the first group reached its peak in 1865, but final face of the Matterhorn was not climbed until 1962. The Matterhorn remains one of the world's deadliest mountains.

Pix4D worked with senseFly, Drone Adventures and Mapbox to create this unique model.

Flying drones in the alps

Before dawn, part of the Drone Adventures team carried the senseFly eBee drones to the summit of the mountain. The eBees are ideal for large projects, as their maximum flight time is 50 minutes. At the same time, another team worked on mapping a lower part of the mountain. 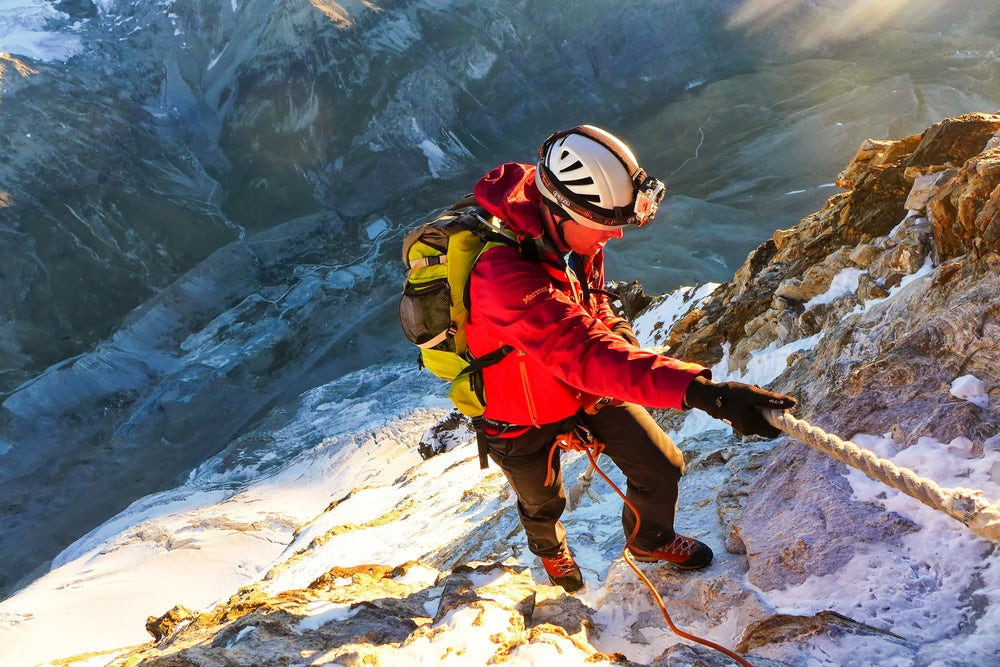 Once the climbers reached the summit, they launched the drones into the air from 4,478 metres above ground. Following a pre-planned course, the drones flew autonomously down the mountain, snapping pictures as they went. They were caught by the team on the lower slopes of the Matterhorn, and the hard-working drones were relaunched to take still more pictures.

After a total flight time of 5 hours and 40 minutes, and a total of 2,188 images captured, the mountain was captured. 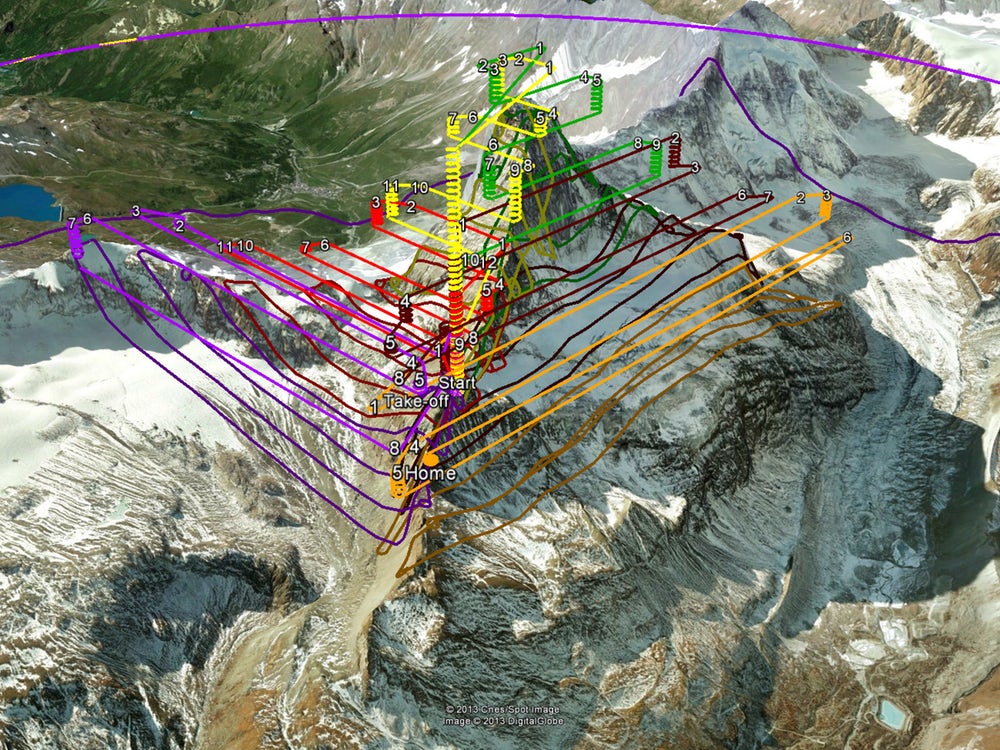 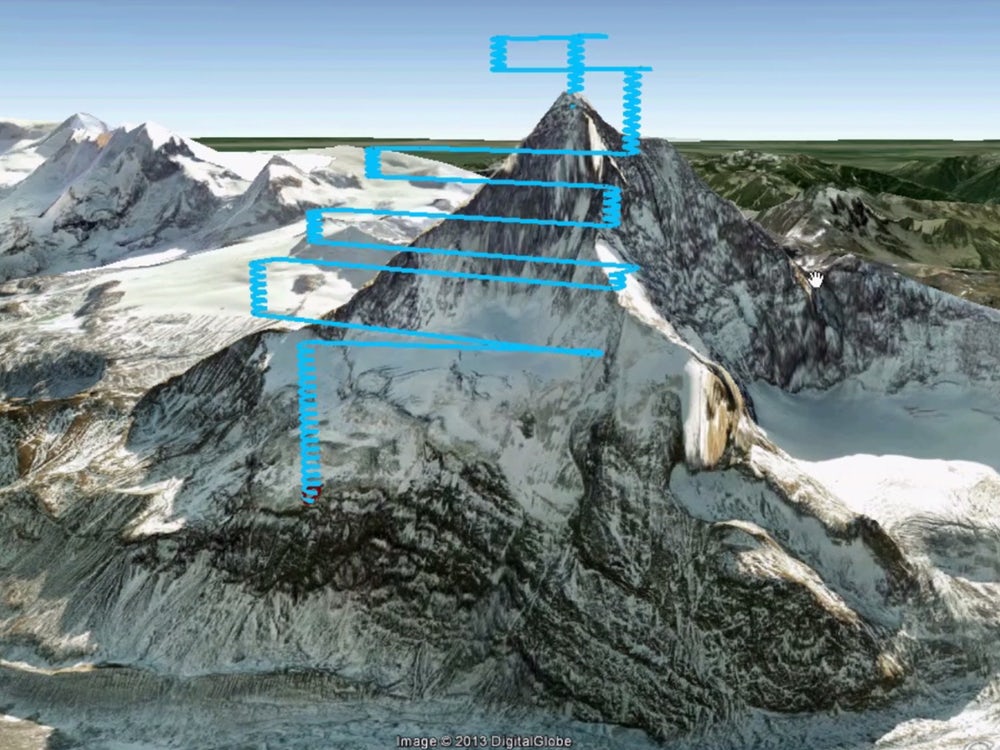 The flight plans for the drones were calculated automatically

Recreating the Matterhorn in 3D

Once the images were captured, the Pix4D team stepped in to recreate the mountain in 3D.

A high density 3D point cloud was created in PIX4Dmapper, and manual tie points were added for accuracy. 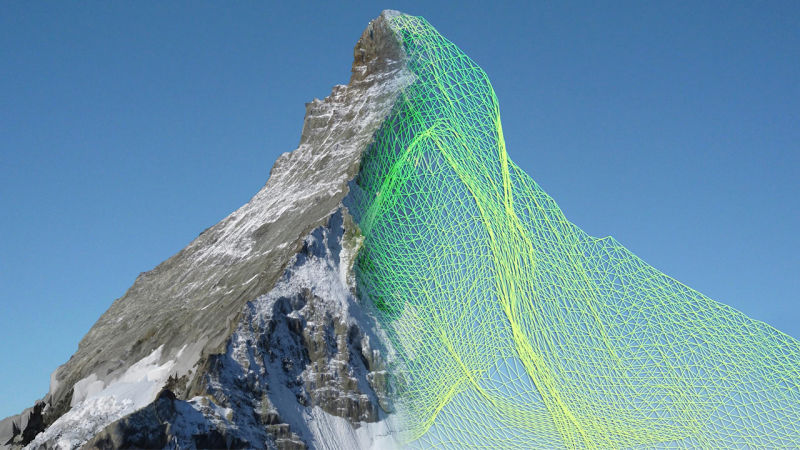 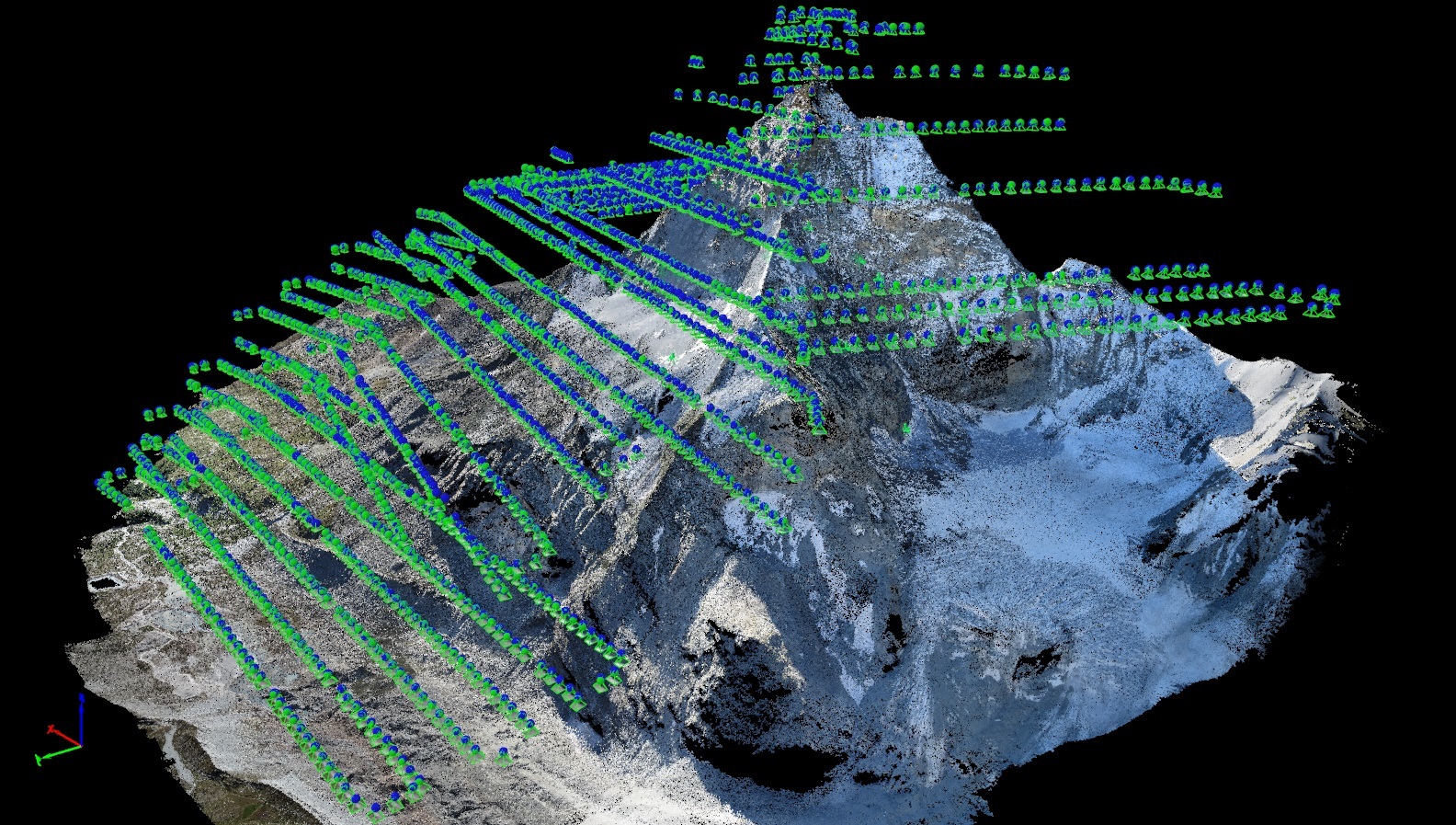 This project could not have been completed without the help of senseFly, Drone Adventures and Mapbox], who were instrumental in gathering the images.

Explore the full model below: