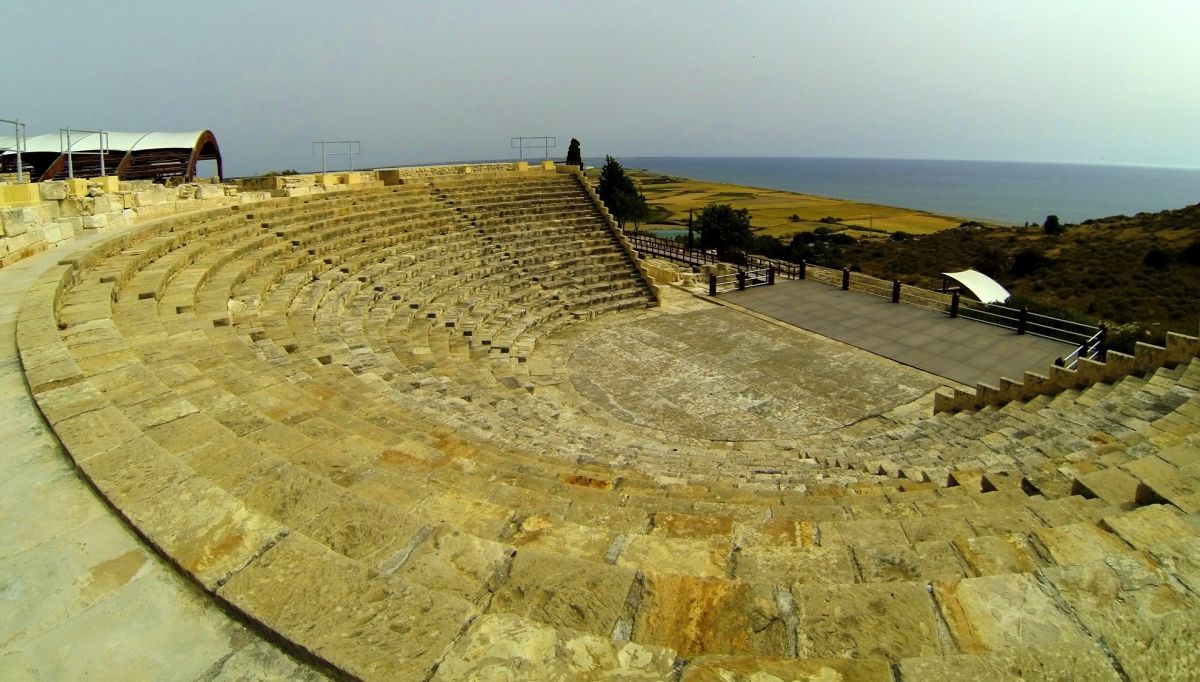 Now you see it: 3D modeling a World Heritage Site

May 23, 2016
To make the Kourion Archaeological Area visible to those with visual impairments, the team turned to 3D modeling and printing.

The Kourion Archaeological Area is managed by the Cyprus Department of Antiquities and is part of the UNESCO World Heritage Site of Paphos.

While the majority of the archaeological remains, including several buildings with well conserved floor mosaics, of the area date to the Roman and Early Byzantine periods, the most ancient connect to settlements and tombs of the Ceramic Neolithic period (circa 5500-4000 BCE).

British drone manufacturer QuestUAV, in cooperation with the Cyprus University of Technology, acquired high resolution aerial images of Kourion Archaeological Park with a surveying drone and creating a virtual 3D model from the images with Pix4Dmapper.

The amphitheater was printed in 3D with Braille explanations for visitors to discover in the visitors center. 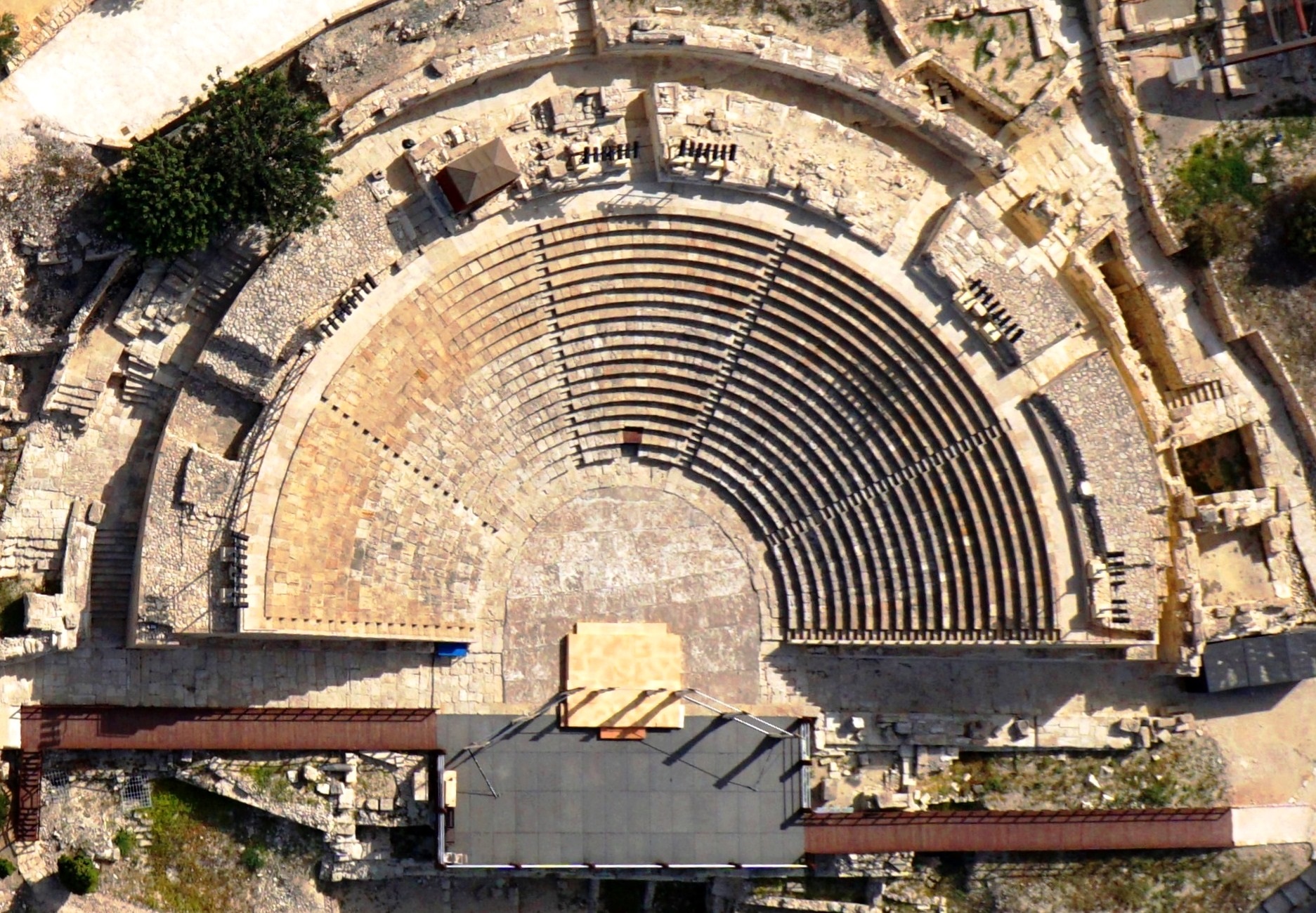 The QuestUAV team (a pilot and laptop commander) flew over 100 hectare of the archaeological park at 400 feet with one of their Q-200 Surveyor drones, equipped with a Sony A6000 camera and a 16mm wide-angle lens, taking 330 aerial photographs during a 20-minute, fully autonomous flight. 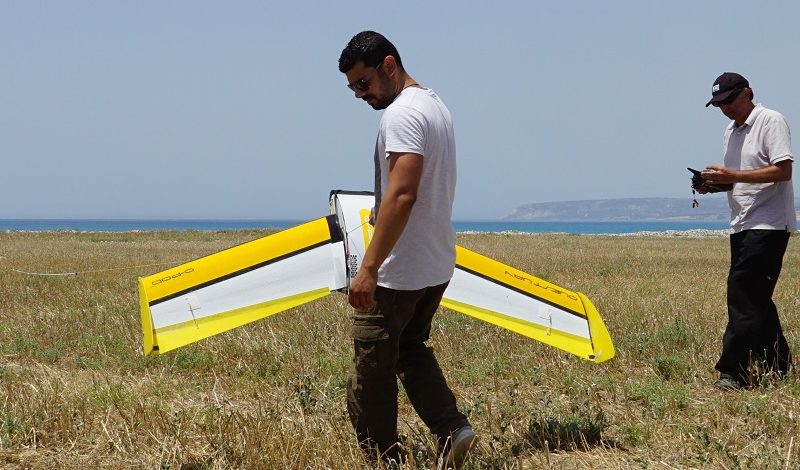 The automatic camera trigger and the gimballed camera system enabled the acquisition of pin sharp pictures even at wind speeds of up to 40 km/h.

Using UAV images and the log file, Pix4Dmapper reconstructed the entire archaeological park in both a virtual 3D model and a high resolution georeferenced orthomosaic. 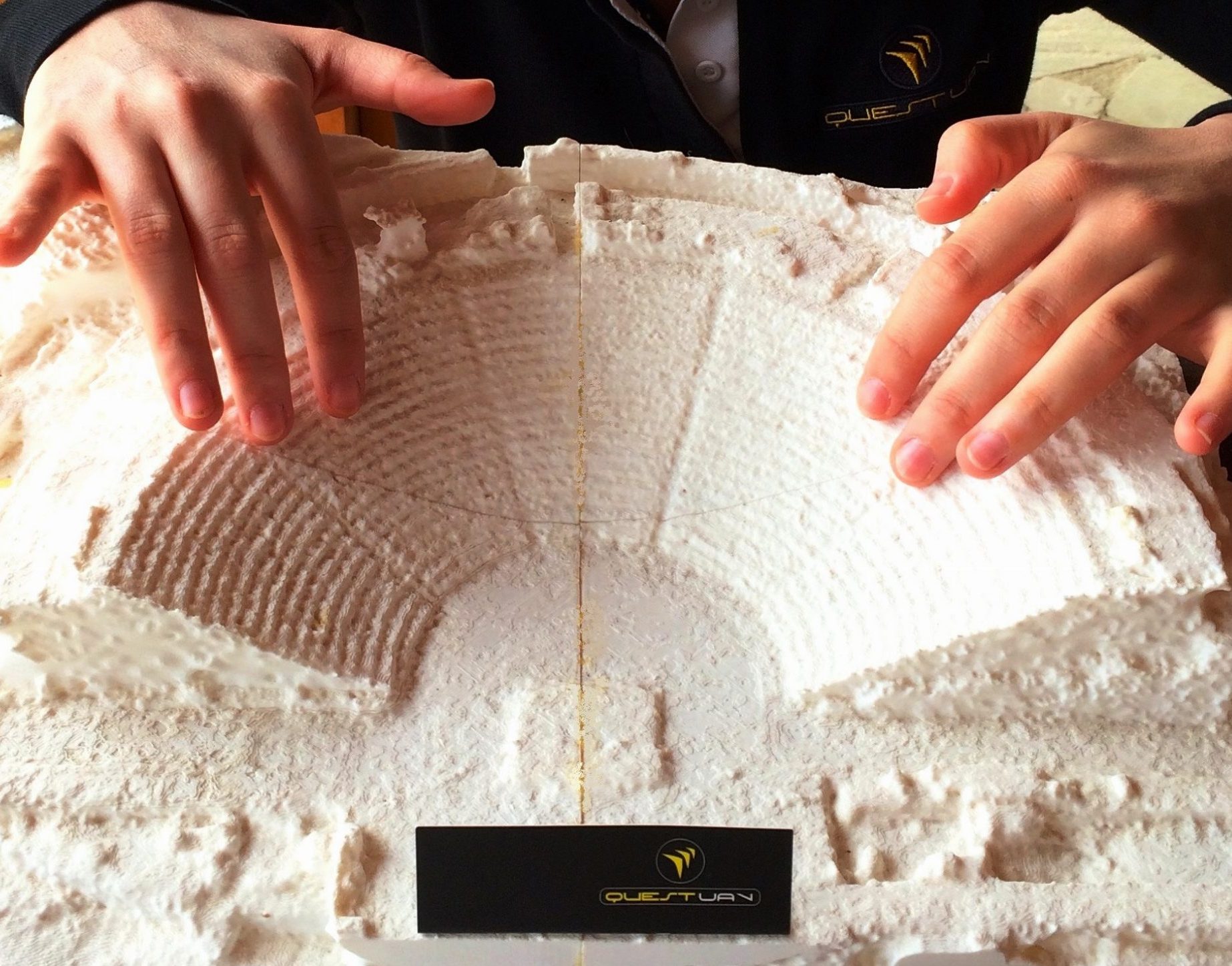 The survey results have been primarily used to create archaeological site maps of the ancient city of Kourion with a level of detail not seen before, impressing the team around the Cyprus University of Technology and Cyprus Department of Antiquities with the quality of the 3D model and the performance our Q-200 Surveyor drone.

In summer 2015, sections of the virtual 3D model, including the amphitheater, were used as a template to 3D print exhibition models for the visitor’s center. They are now on display with Braille annotations and descriptions, enabling those with visual impairments to interactively experience the history of Kourion.

Making historical places perceptible for those with visual impairments

Over the past few years, UAV surveying has become an important method for analyzing archaeological sites and digitally preserving cultural heritage. 3D models from UAV imagery allow archaeological experts and other interested people to virtually visit and analyze ancient places.

3D print-outs are one wonderful way to present these mapping results and use them to help educate the public at exhibitions or visitor centers. These printed 3D models, combined with Braille explanations, make historical places perceptible for those with visual impairments.