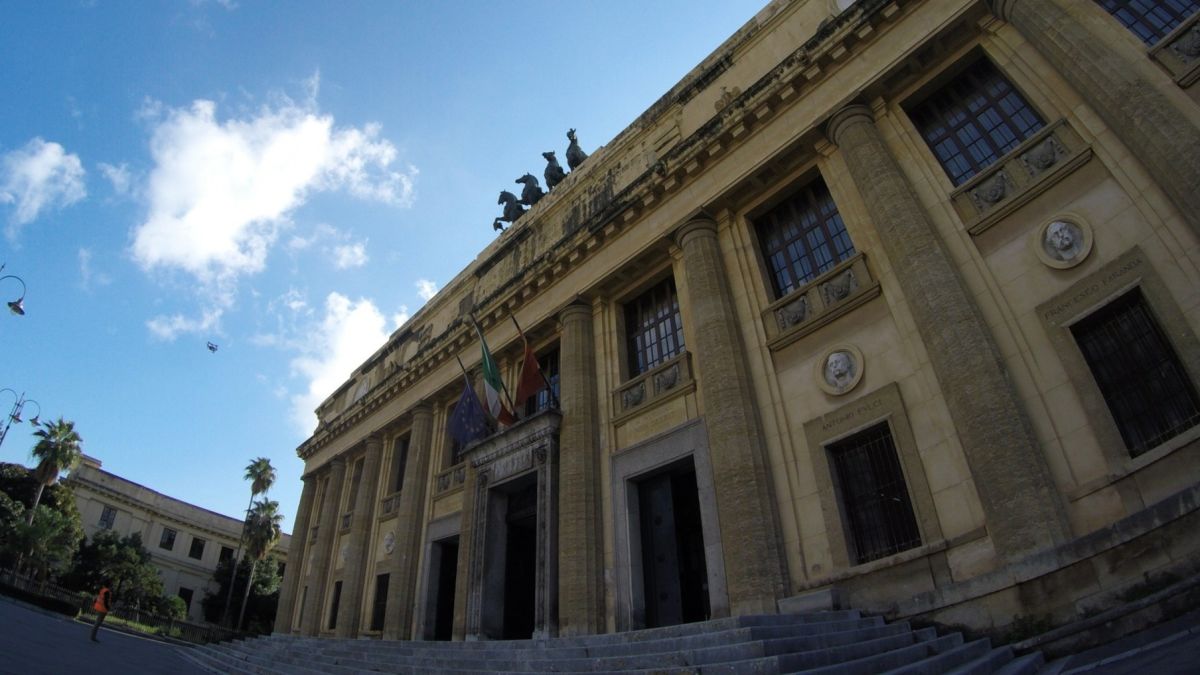 October 27, 2016
When the Palace of Justice in Messina's facade needed repairs, creating a vertical surface orthomosaic in Pix4Dmapper was the first step.

Messina in the South of Italy is a city full of beautiful buildings - although some have a difficult history.

In 1908, one of the most severe earthquakes in history shook Messina resulting in nearly 10,000 deaths and destroying the entire city.

With the city's two main hospitals collapsed, the government decided to build the Palace of Justice (Palazzo Piacentini) at their former location. The elegant palace was inspired by both the Doric Sicilian temples and Brandenburg Gate in Germany. On the top of the palace sits Minerva, the Roman Goddess of Wisdom, guiding the horses which pull her cart. 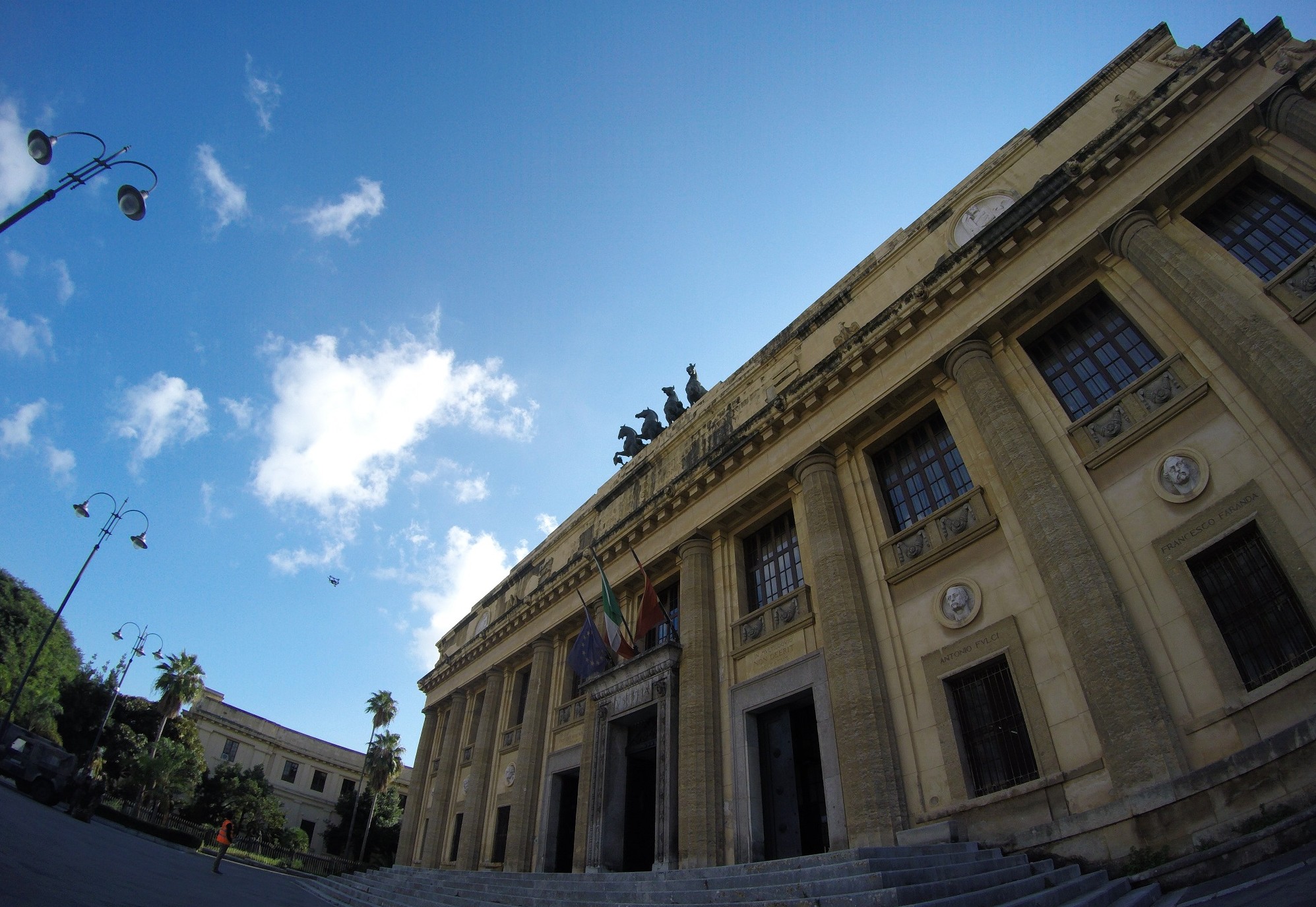 Palace of Justice, Court of Messina

In 2015, the century-old building had obvious marks on its facades and needed immediate repair in order to prevent more damage.

To inspect the facade, Studio Labing chose a DJI Inspire 1, which as a rotary drone is an optimal solution for mapping a vertical surface. The flight was conducted using manual control, ensuring a high sampling distance and sufficient overlap among images.

Ground-points were surveyed with a Trimble S6 total station, to pinpoint the precise global position. 4K video from a GoPro camera was also taken. 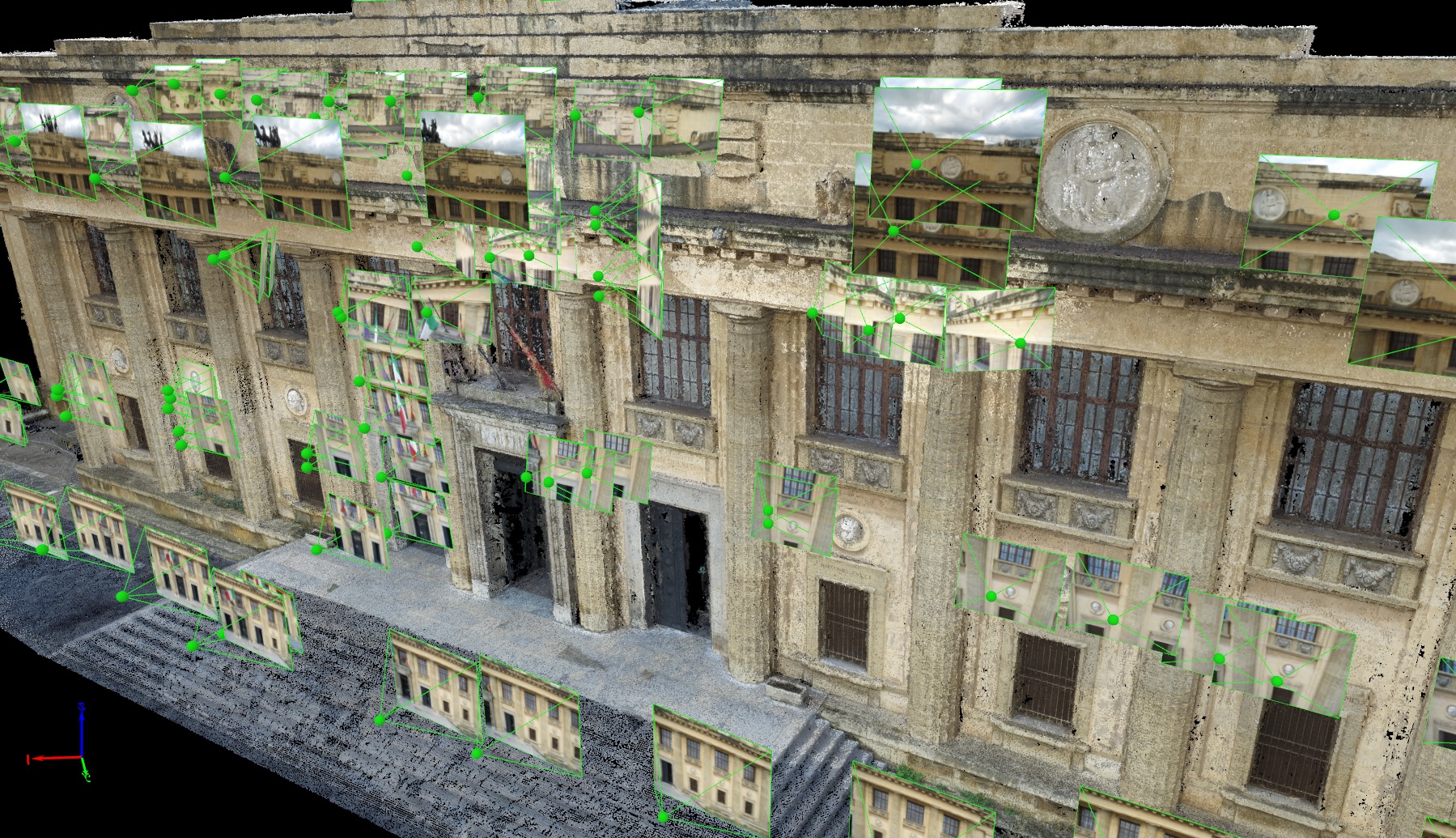 The orthoplane and the orthomosaic

This feature allows users to generate a surface model and orthomosaic from any facade, by defining the inclination and coverage of the box tool with the facade surface being surveyed. Generated outputs are high resolution, with one pixel representing 0.5 centimeters on the facade. With the correct scale, these results were then used in CAD software for continued analysis.

Based on the orthomosaic, facade damage was noted and classified into 16 categories, with the location of and area affected by each type of damage recorded. While the entire facade has surface deposit and patina coverage, the main columns suffer a lot from discoloration.

This graph will be handed over to appropriate authorities to assist them in making the final decision. 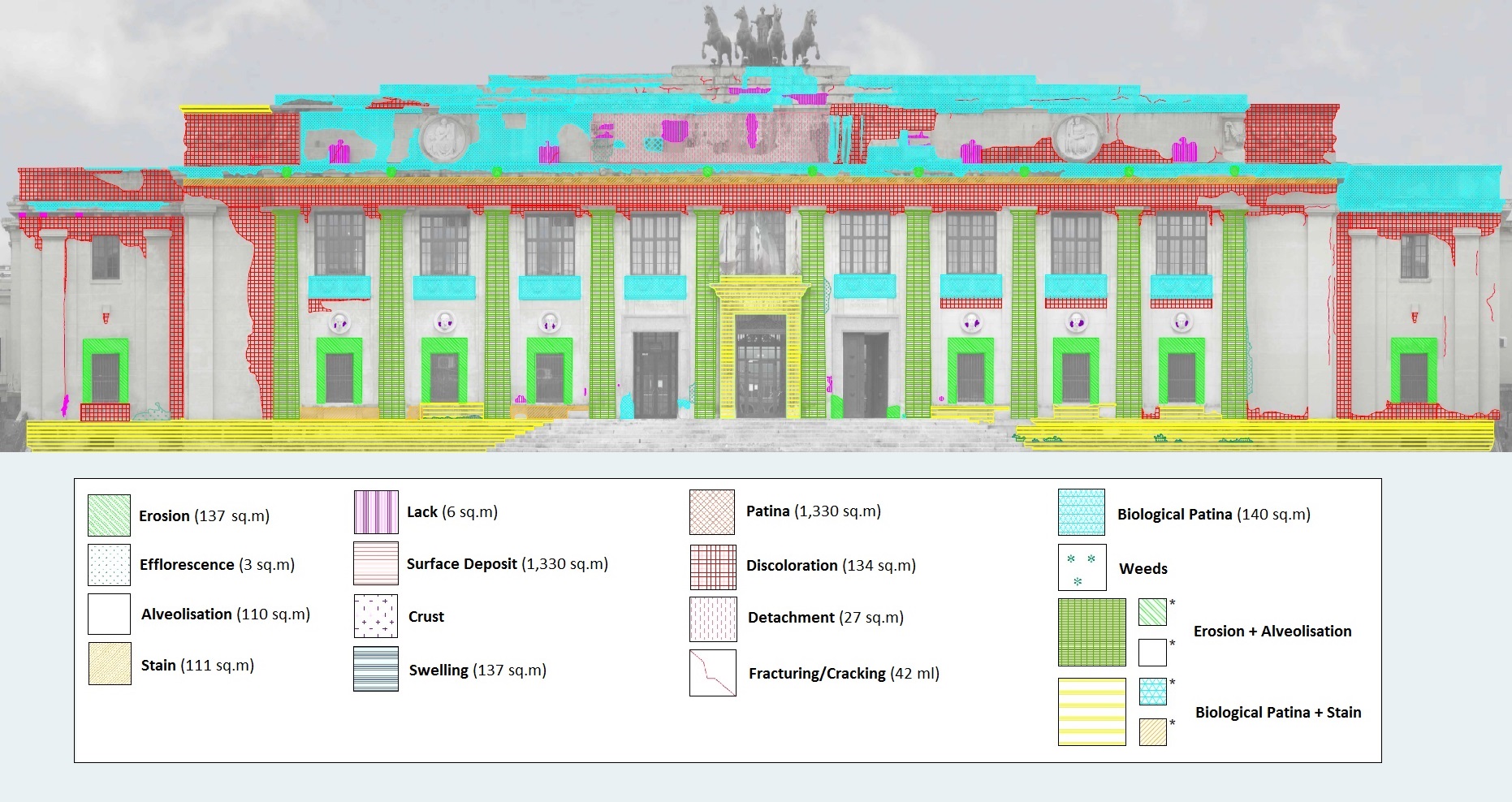 Damage types of the Messina Court facade, in scale 1:100, based on the Pix4D facade orthomosaic

There are many historical buildings and monuments around the world which need to be monitored and preserved. In Italy, such ancient buildings have exceptionally high value from an artistic point of view. 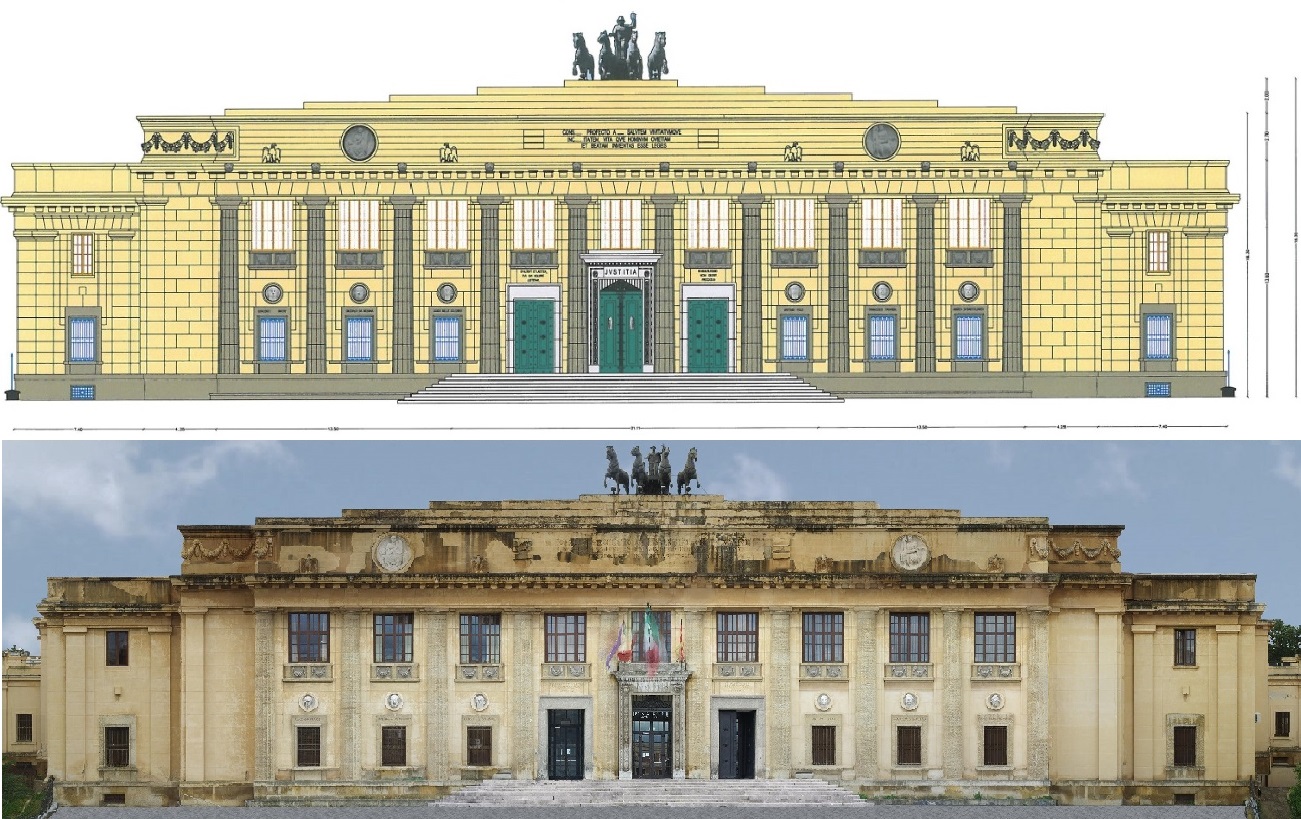 CAD drawing of the building facade (top) and surface orthomosaic from Pix4Dmapper with a ground sampling distance of 0.5 cm (bottom).

Using drones to take high resolution images for inspection has become increasingly popular, and the power of image processing software provides additional values to the output and analysis.

The combination of drones and photogrammetry is currently the most efficient and economic way to monitor historical building conditions in the long term, create a database for digital museums, and assist decision making for further damage recovery plans.

Building a custom photogrammetry platform with Pix4Dengine
How can you integrate powerful algorithms into your own workflow? Pix4Dengine helps you design how your own products look and work.
Read more