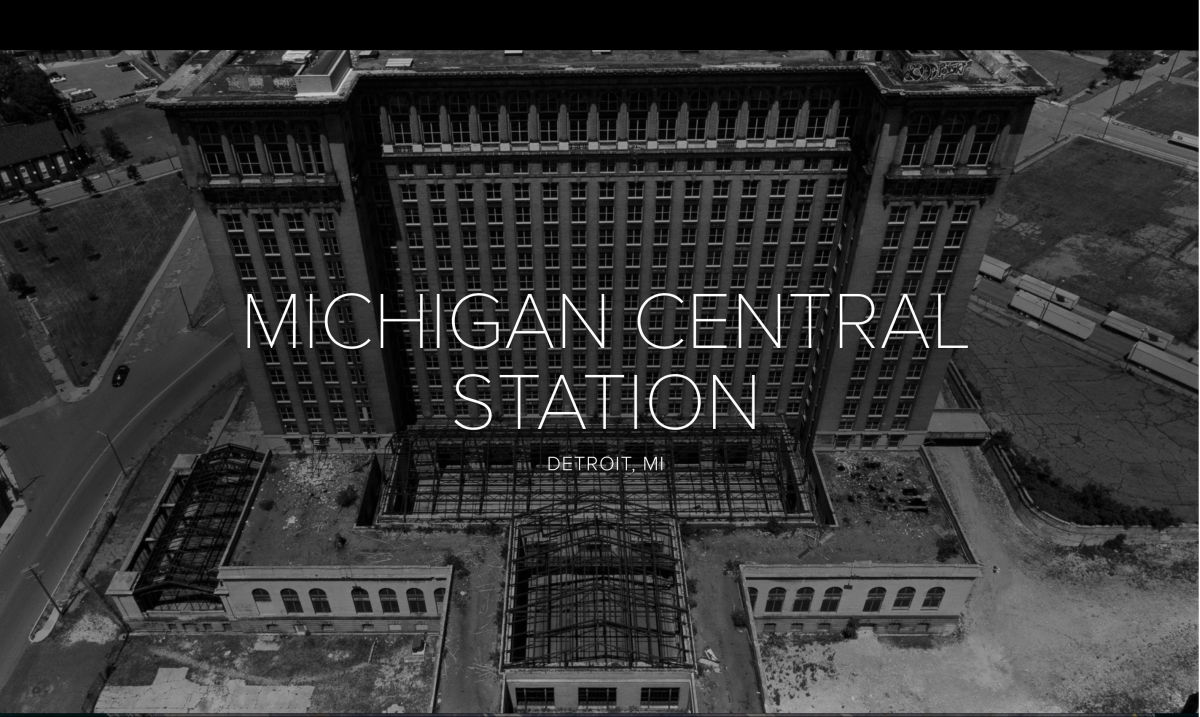 October 19, 2017
Before the Michigan Central Station is changed forever by renovations, a 3D model of it was created using drone images.

The Beaux-Arts iconic landmark building, designed by the Warren & Wetmore and Reed & Stem architecture firms (who also designed New York City’s Grand Central Terminal) opened its doors on January 4, 1914. The last train pulled away from the station on January 6, 1988. Its doors have remained closed ever since.

“Drones enable us to capture details, intricacies, and beauty of a structure not easily seen from the ground level. During my last trip to Detroit, Michigan—currently experiencing a developmental upswing—a number of historic buildings caught my attention. One of them is the famous Michigan Central Station.” 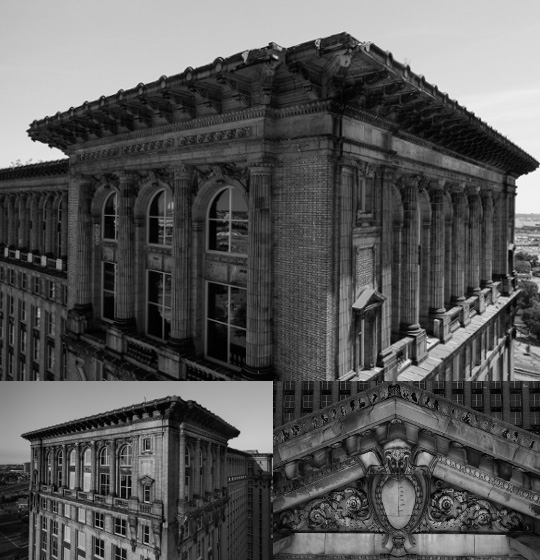 The station is a spiritual twin to Grand Central in New York.

Serving as a major railroad hub and office space back in its heyday, the building still stands tall and powerful, albeit empty. Aleksey felt the need to capture it in this moment in time, before redevelopment plans roll ahead. He used a combination of still images, videos and a 3D model generated with Pix4D, to create a multimedia imprint of this marvelous creation.

These materials are valuable in a redevelopment project, for marketing the project, to develop architectural visions and to monitor the reconstruction process, as in the case of the Domino sugar refinery factory in New York City.

From image acquisition to 3D model

The image capture stage took two days, due to the changing weather conditions. The strong winds were one of the main challenges. Keeping the horizon out of the frame while shooting oblique images of such a tall structure was also challenging.

The pilot flew a combination of a double grid mission with Pix4Dcapture and a free flight with DJI Go, obtaining a total of 739 images. 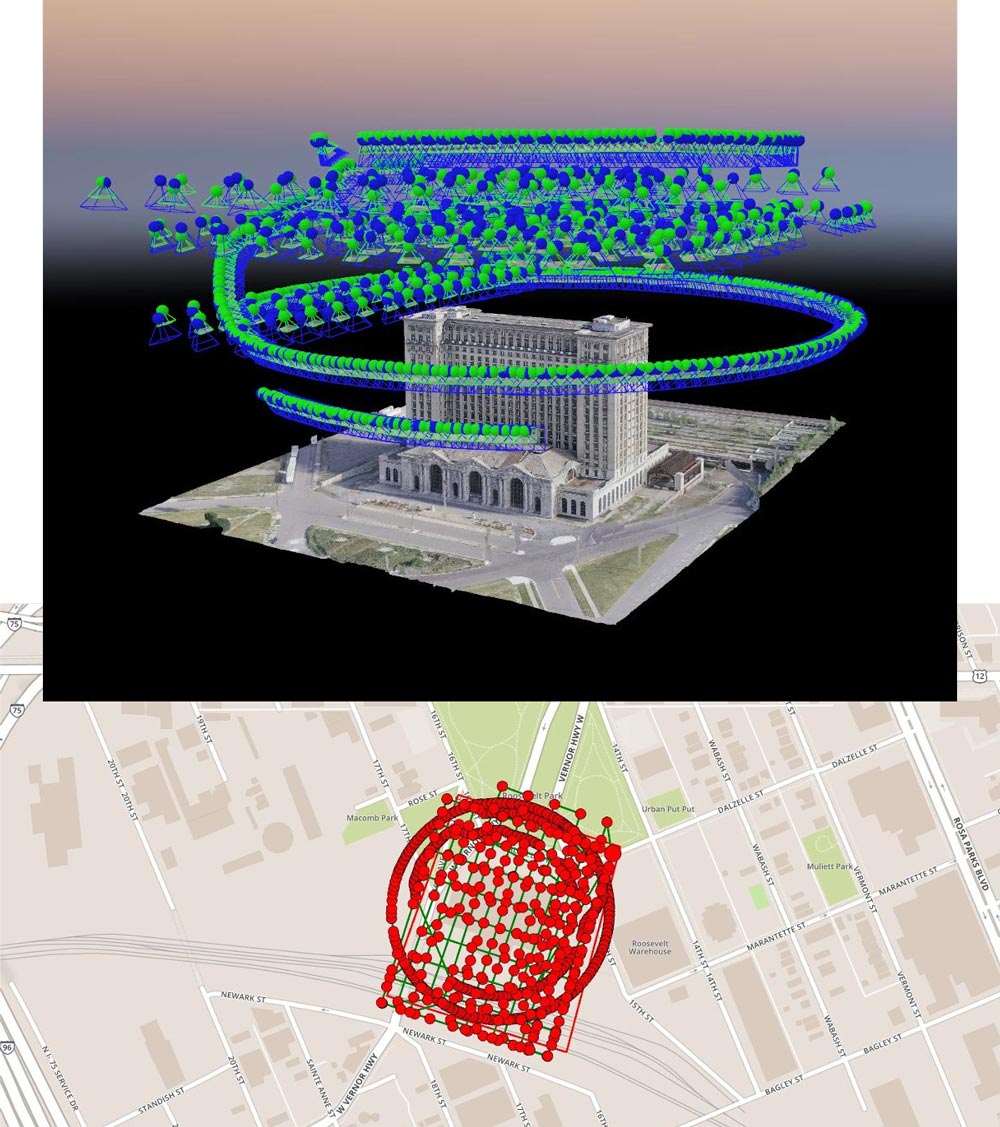 The 3D model of the Michigan central station in Detroit

Pre-processing the images using Adobe Lightroom, enhanced consistency and corrected colors. The processing with Pix4Dmapper on a 2015 MacBook Pro was possible by installing Windows 10.

The addition of a small number of MTPs and point-cloud editing helped to achieve the final result.

The complete 3D model of the station. See the presentation.

“After trying a number of drone-oriented 3D modeling solutions, Pix4Dmapper came out on top because of offered features, flexibility, reliability, and speedy processing."

Aerial view of the station, captured by drone.

"The option of being able to generate models quickly in the cloud and then perfect them on a desktop client with available editing tools was also key in making my decision.” – Aleksey Bochkovsky, Dandelion Air Founder

Creating 3D models on this kind of scale and detail with such speed, ease and without spending thousands of dollars on each flight, is simply not possible without drones.