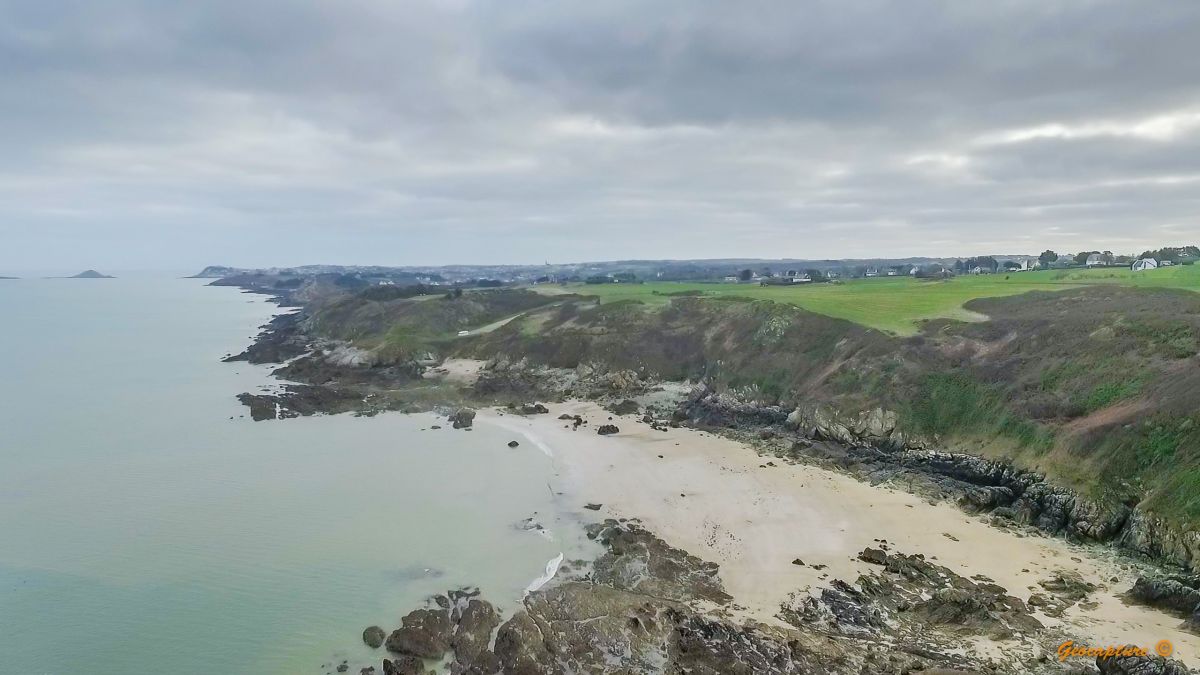 April 17, 2019
As the climate changes, so do coastlines. Photogrammetry can highlight the extent of the issue, giving communities the chance to prepare.

The sandy beaches of Planguenoual in Brittany, Northwest France are boarded by cliffs and headlands which divide the coast into a series of natural harbours. The tourists who gather to enjoy the mild weather and stunning landscape, make Brittany one of the most-visited regions in France.

But the famous coastline is eroding.

Climate change means that more storms of a higher intensity¹ have been pounding the coast, washing away the beaches and causing the cliffs to crumble into the sea.

To draw attention to coastal erosion and offer vital information to the authorities, Dijon-based company Geocapture carried out a series of surveys of the coastline between 2016 and 2017.

The survey of the coastline was divided into two distinct phases. First, the company surveyed a site to take a baseline measurement of the coastline. The second phase was a close examination of a tourist walking trail, which was at risk of landslides.

A beautiful office, but one without road access: to reach the protected site, he had to hike while carrying up to 20kg of gear, including UAVs, cameras and a laptop.

Launching the drone from the road wasn’t an option: regulations artificially limited the range of the eBee to just a kilometer. Flying was only possible at low tide, allow the maximum amount of time to capture images. 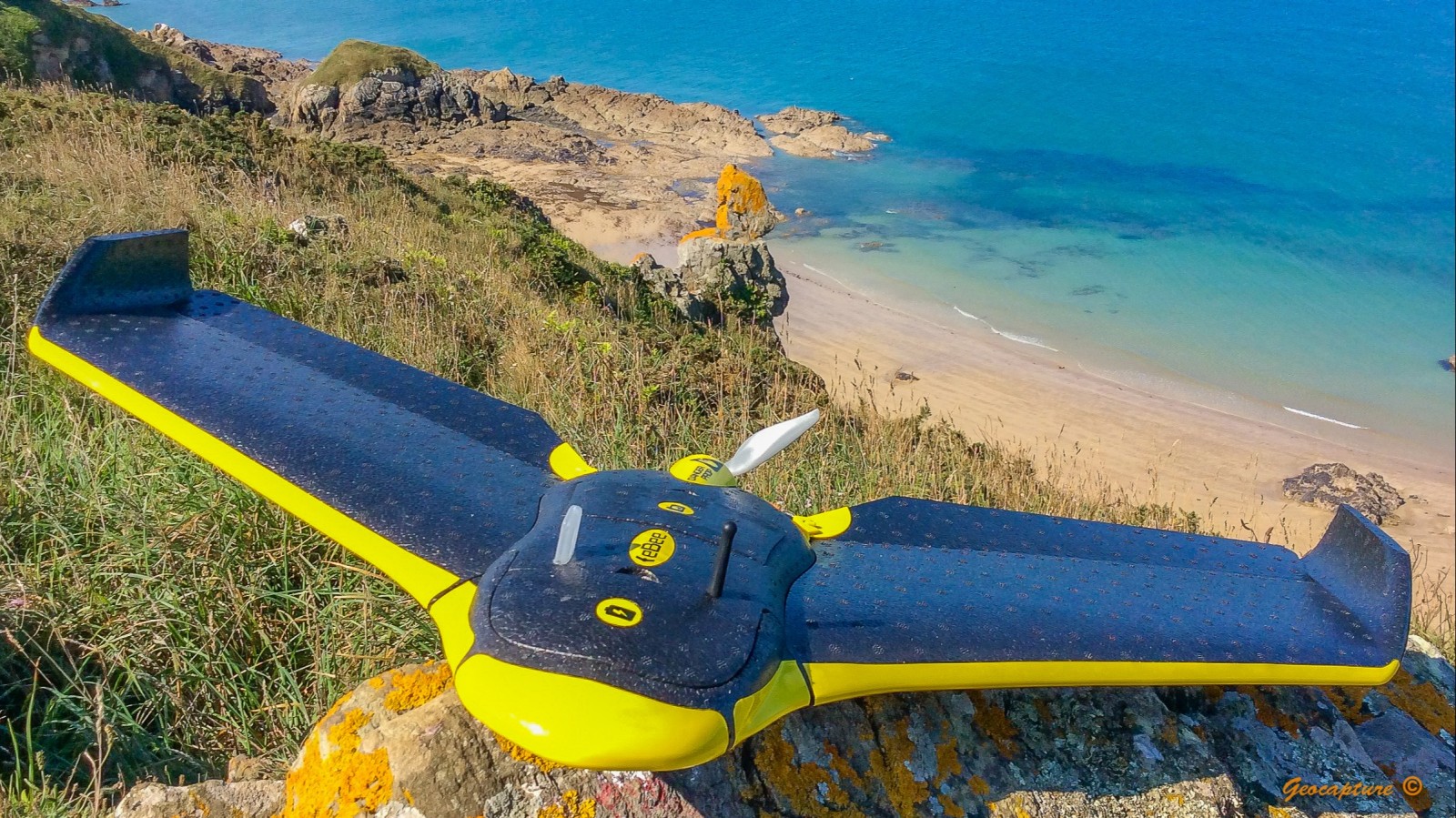 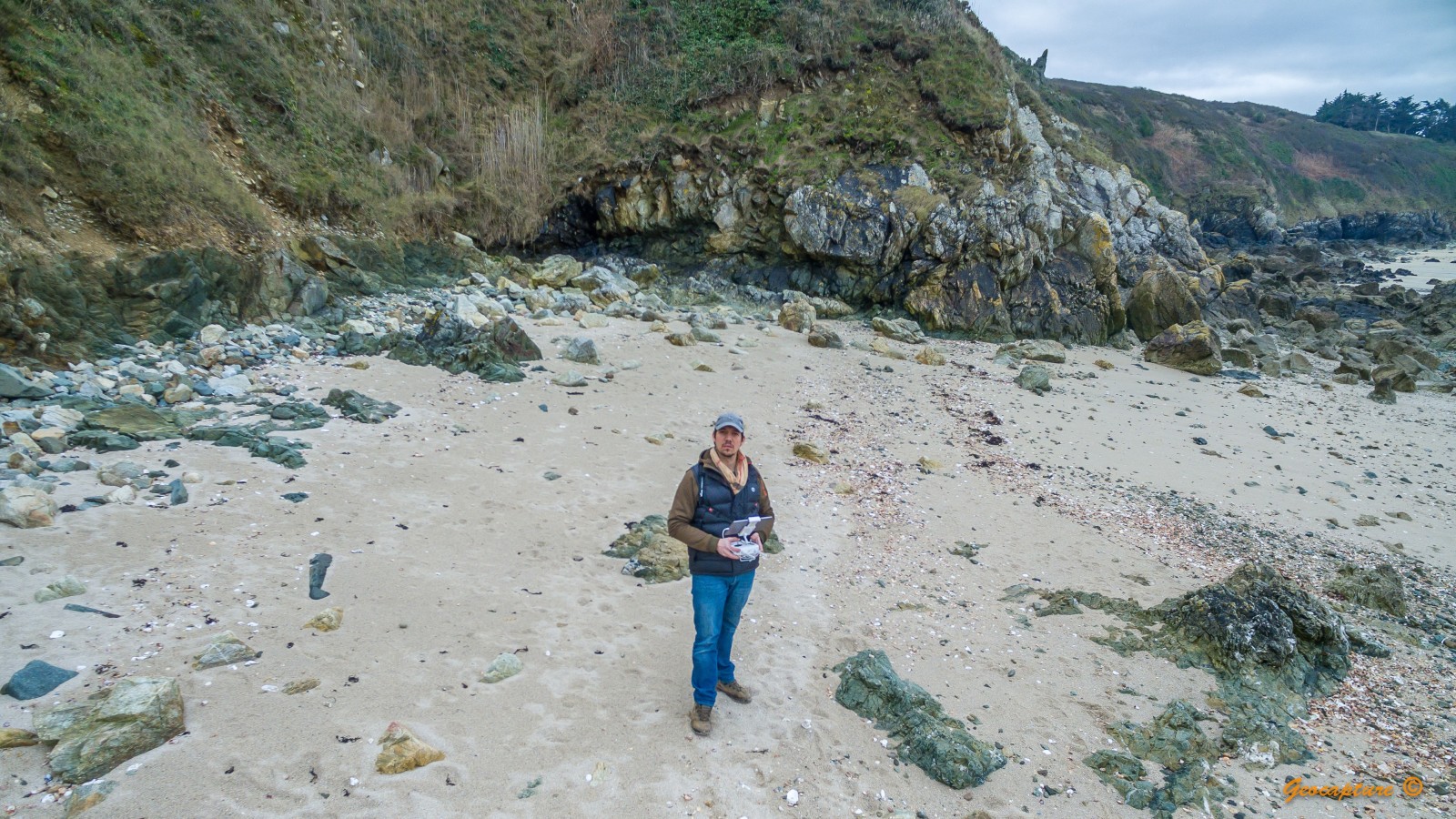 Geocapture founder and drone pilot, Hugues Calderero
As storms are more frequent in Autumn and Winter, causing more of the erosion Geocapture was interested in tracking, he only flew during these months. This had an extra bonus of fewer tourists.

“France has very strict regulations around drone flight,” explains Hugues Calderero. “I informed the military and administrative authorities before flying, and posted signs in the area so the public was also aware.”

A total of 177 images were captured from the first site with the Sensefly eBee.

“I didn’t use RTK at the time - or even ground control points,” says Hugues Calderero. “I did add manual tie points to all my projects, and found that Pix4Dmapper gave very accurate outputs.” 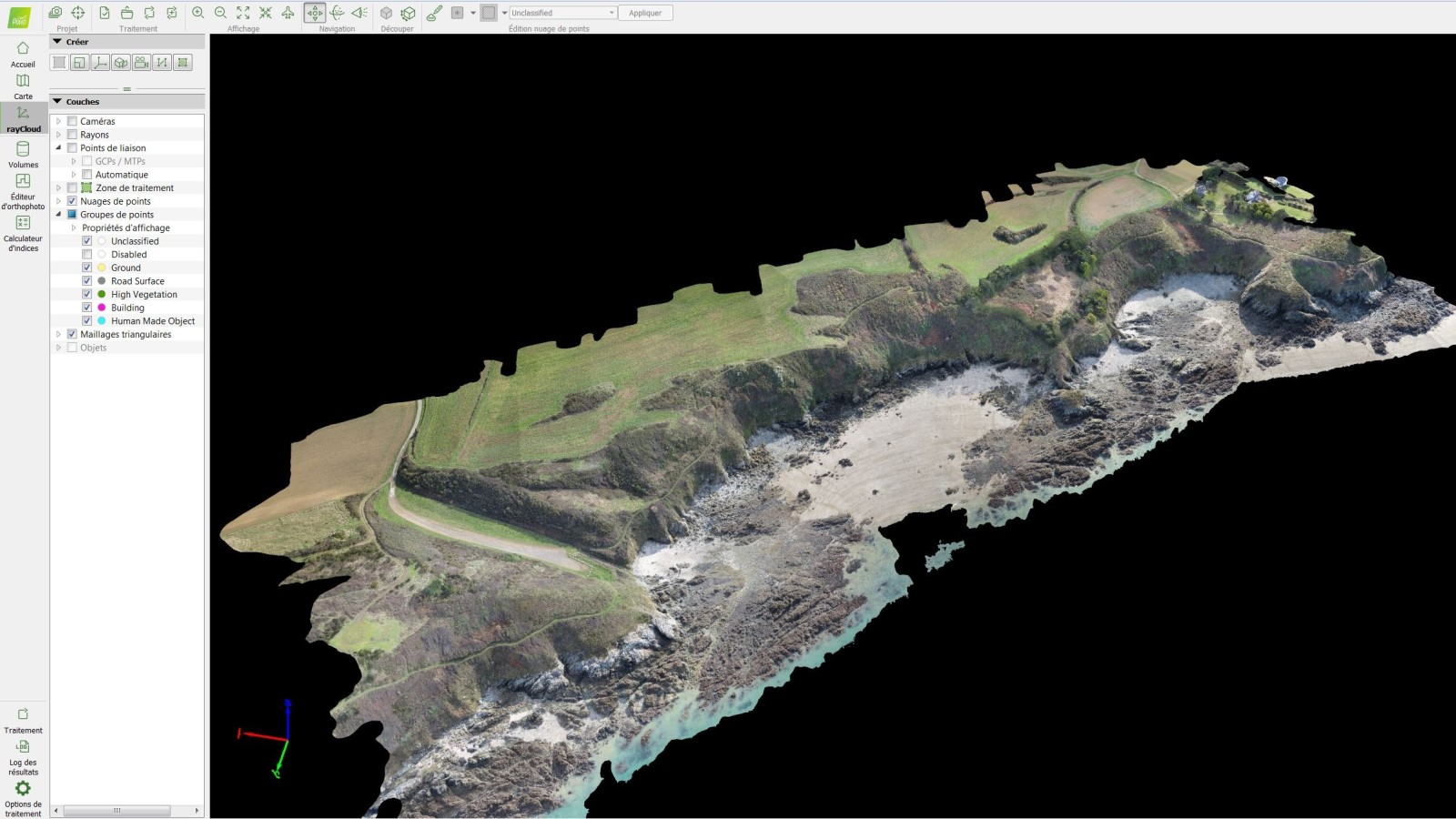 The Brittany Coastline in Pix4Dmapper | Explore this model on Pix4Dcloud
While processing the images, Hugues Calderero noticed that the cliffs supporting a tourist walkway were dangerously eroded, and decided he needed to take a closer look. 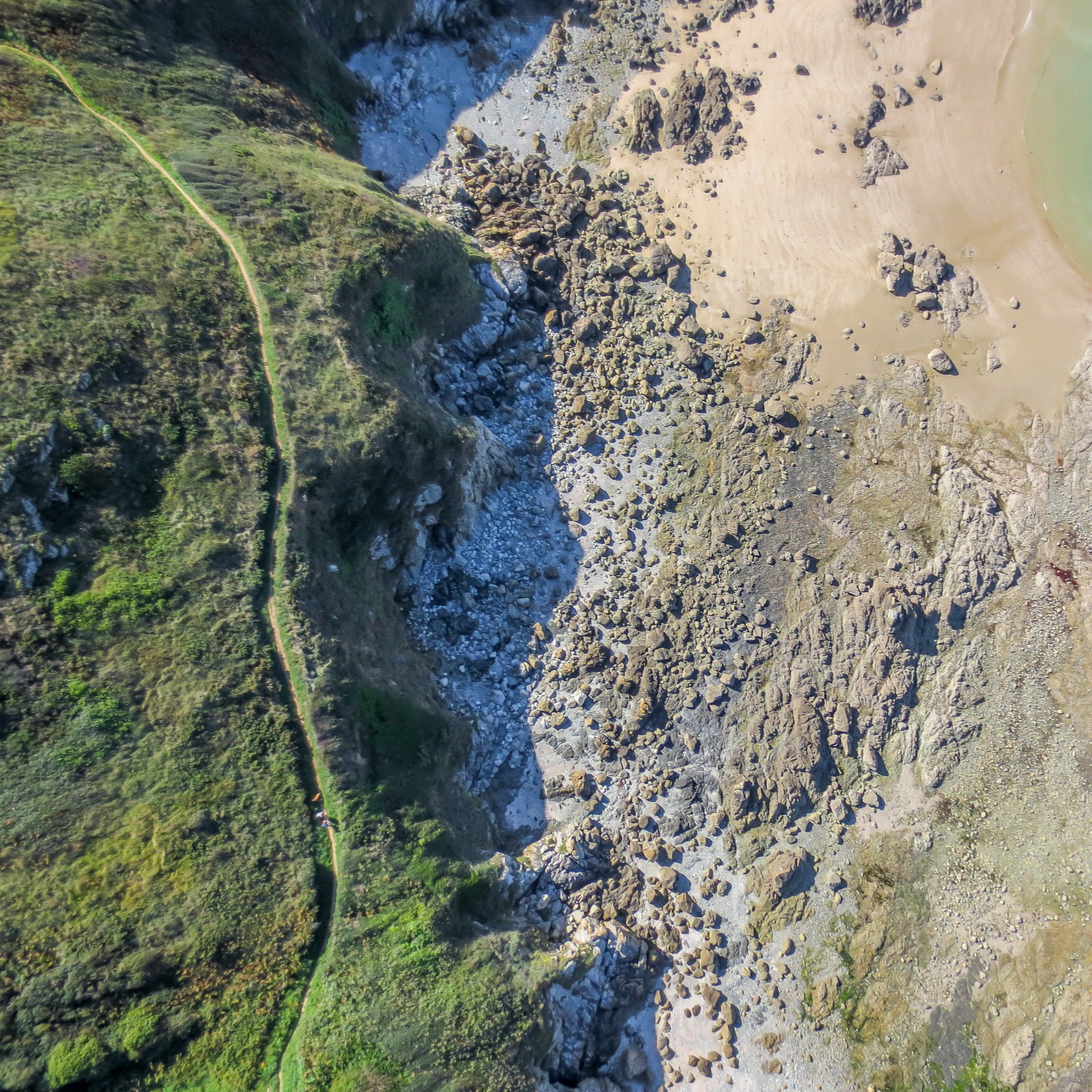 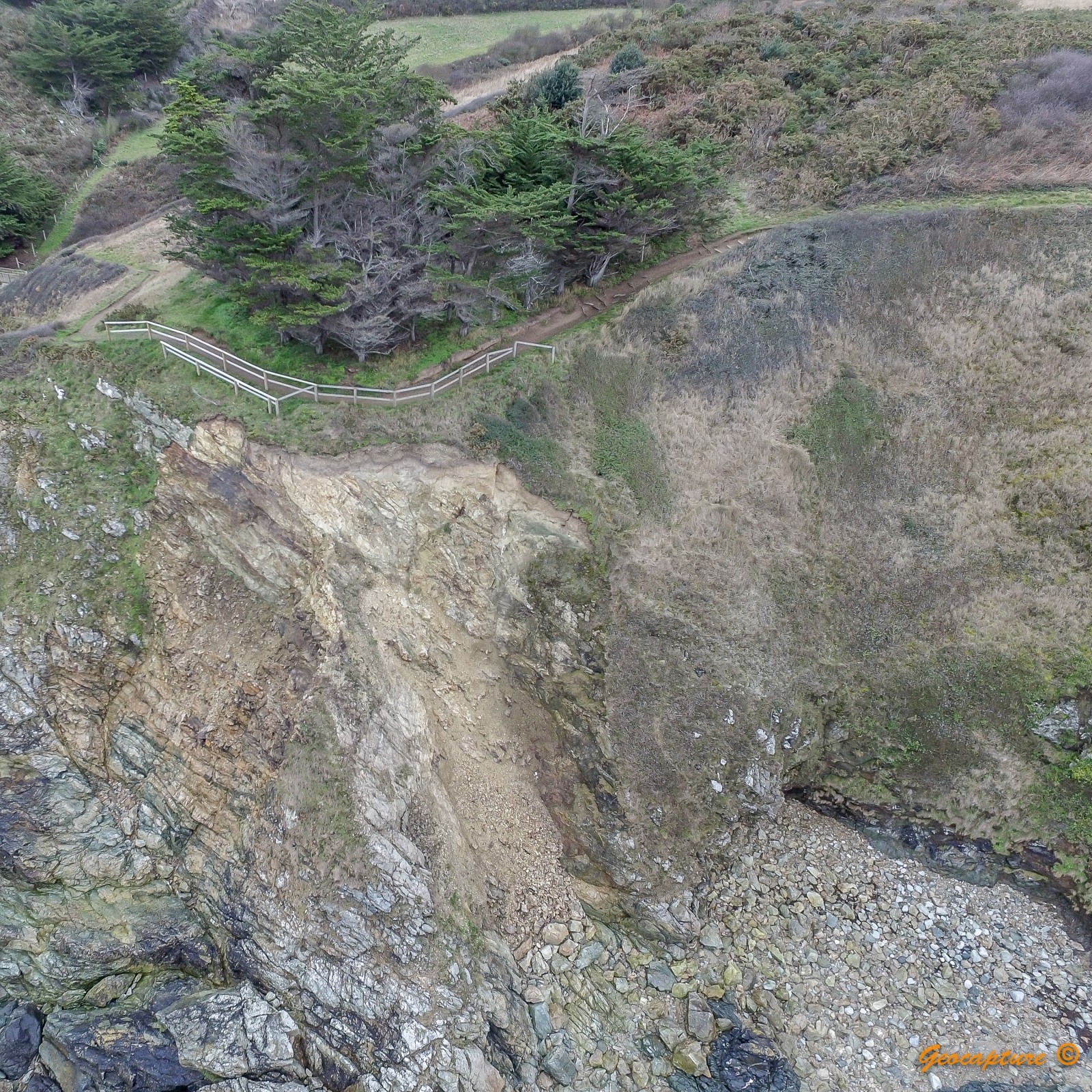 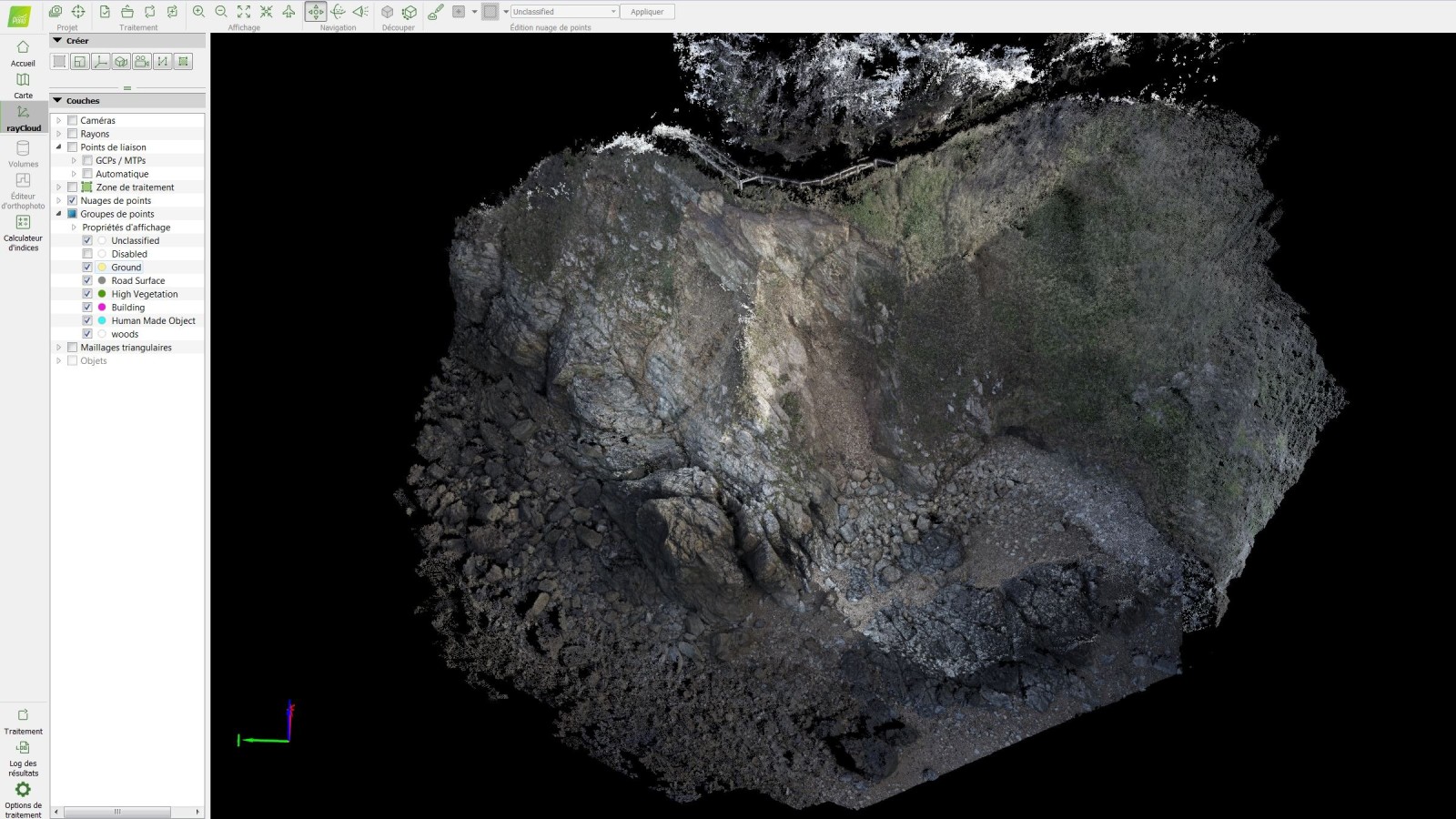 Clockwise from top left: the original image which indicated an issue; the heavily eroded cliff face; the model processed in Pix4Dmapper | Explore this project on Pix4Dcloud

Hugues Calderero was able to use open source Cloud Compare to compare point clouds of the landscape over time, accurately tracking the coastal erosion.

Because Pix4Dmapper allows users to export a number of different outputs, Hugues Calderero had the option of working in a completely different program. 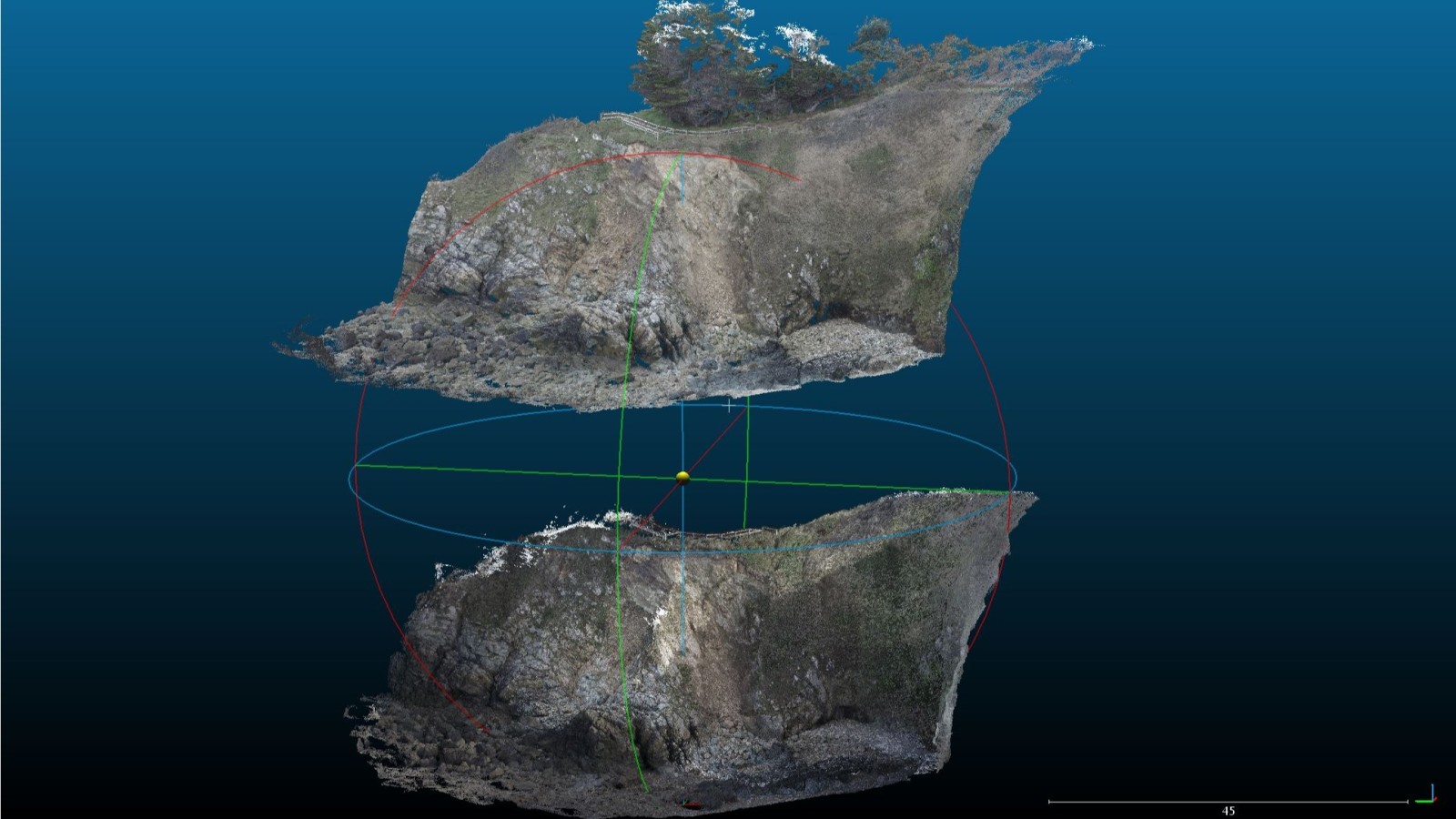 Pix4Dmapper files were exported and worked with in open source third-party software
This information was provided to the local authorities, including the DDTM (Direction Départementale des Territoires et de la Mer) and Conservatoire du Littoral. 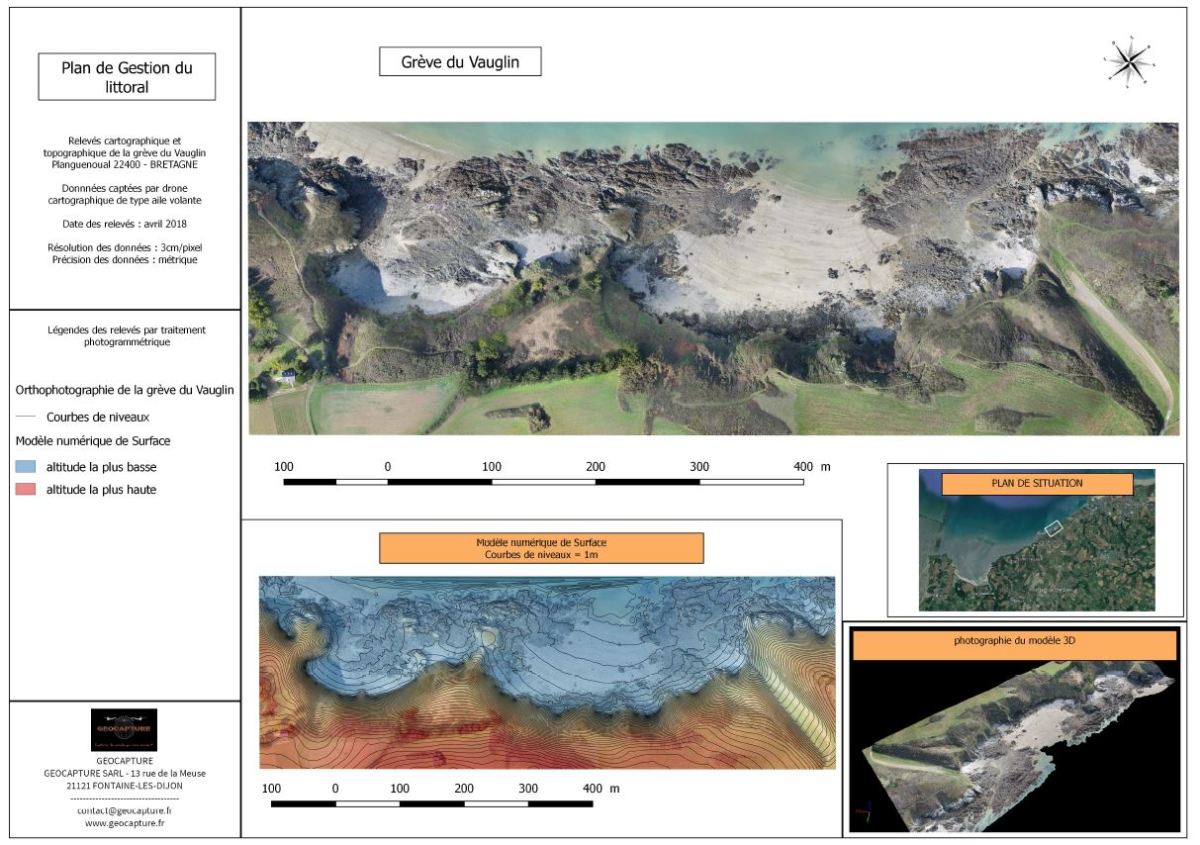 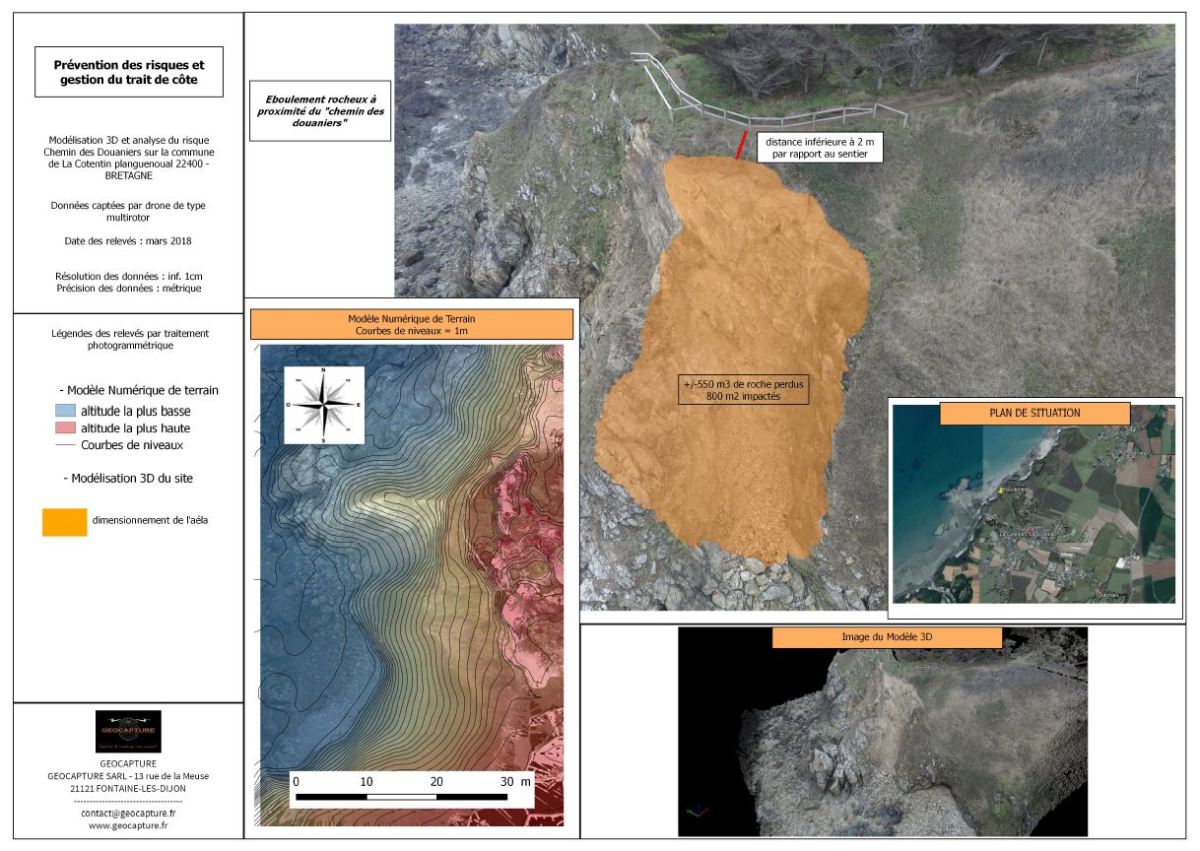 Learn more: click the thumbnails to download the reports (in French)
“The aim of the project was to track the coastline’s erosion,” says Hugues Calderero. Providing data to the local authorities empowered them to make better decisions about the future of the area.