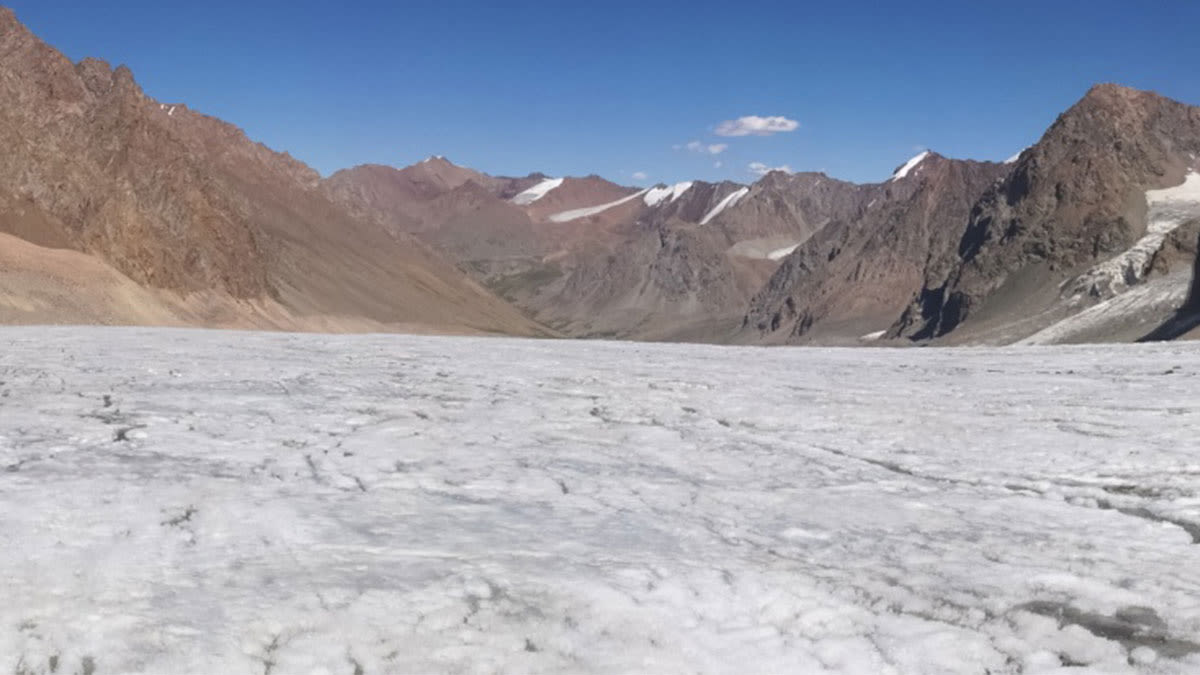 May 1, 2019
Rural communities depend on glaciers for drinking water, power, and farming. But are those glaciers disappearing - and what happens next?

In the mountainous regions of rural Kyrgyzstan and Tajikistan, life appears to move as it has for centuries.

Drinking water is supplied by glacier-fed rivers. Horses are still more common than cars. Some nomadic families graze yaks in high mountain pastures each summer, or tend their crops of apricots and prunes for export.

In the last century, this traditional lifestyle has survived severe political turmoil. It now faces another threat: climate change.

A Finnish development collaboration helps to monitor the glaciers which divide Kyrgyzstan and Tajikistan to track changes and plan for the future.

The mountains of Kyrgyzstan

A history of study

Finland‘s development cooperation with the Central Asia, South Caucasus and Eastern Europe dates back to the mid-1990s. In recent years, Finnish support has focused on the water and climate sector within the Wider European Initiative, Water Management Programmes (FinWaterWEI I&II).

Within this scope, Finnish development assistance has helped the Hydrometeorological Agencies of Kyrgyzstan and Tajikistan develop their basic capacity and services for their citizens.

Both Kyrgyz- and Tajikhydromet have a mandate to monitor the state of their countries’ glaciers. However, due to political upheaval and the consequent lack of resources, these activities were essentially frozen in the 1990s. With the help of Finnish development support, the Agencies are finally resuming the monitoring activities, utilizing modern methods.

That’s what brought the Finnish team to the glaciers of Kyrgyzstan and Tajikistan says David Brus, Finnish team member and scientist responsible for drone operations. 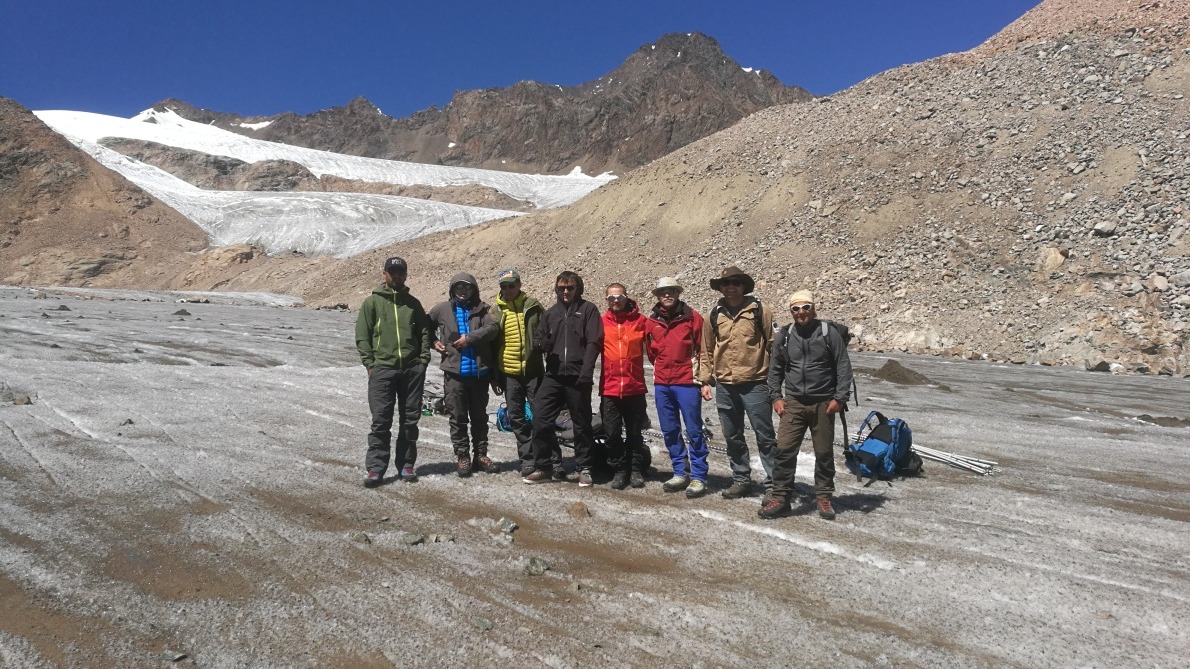 The Finnish-Kyrgyz-Tajik team in Kyrgyzstan

Change is in the air

Since the 1950s there has been a significant rise of average annual temperatures in this region. Increased pollution and the changing climate affects the sensitive environment: most notably the glaciers.

The glaciers provide water which is used for hydropower, food production, and agriculture which drives the economy of these developing nations. As the climate changes, it is predicted that the water’s availability will be strained: the Finnish team's role is predicting this change.

Ultimately the project will increase the quality and level of information, services and early warnings to support the development of the Kyrgyz- and Tajik society.

In addition to the primary goal of improving life in the region long-term, the scientists in the team are investigating the glacier more widely. For example, the role of deposited light-absorbing particles in accelerating melting of snow and ice. 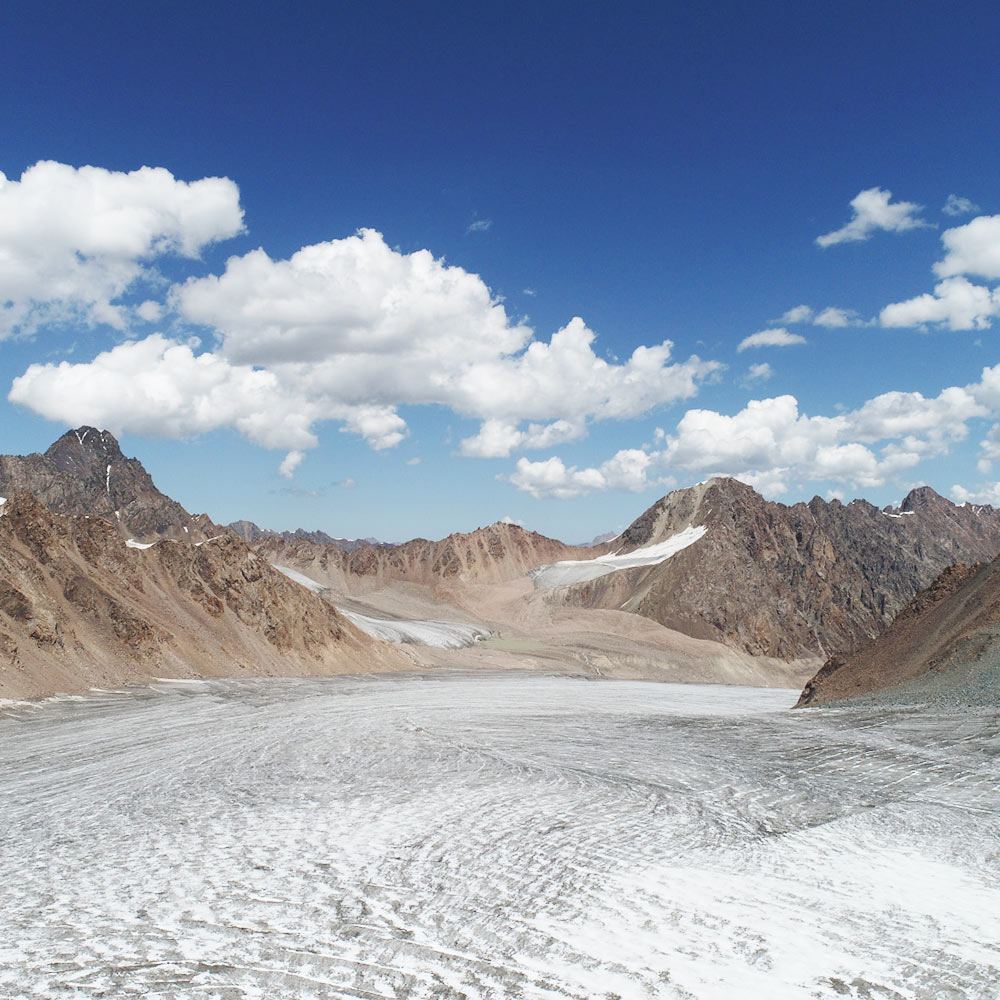 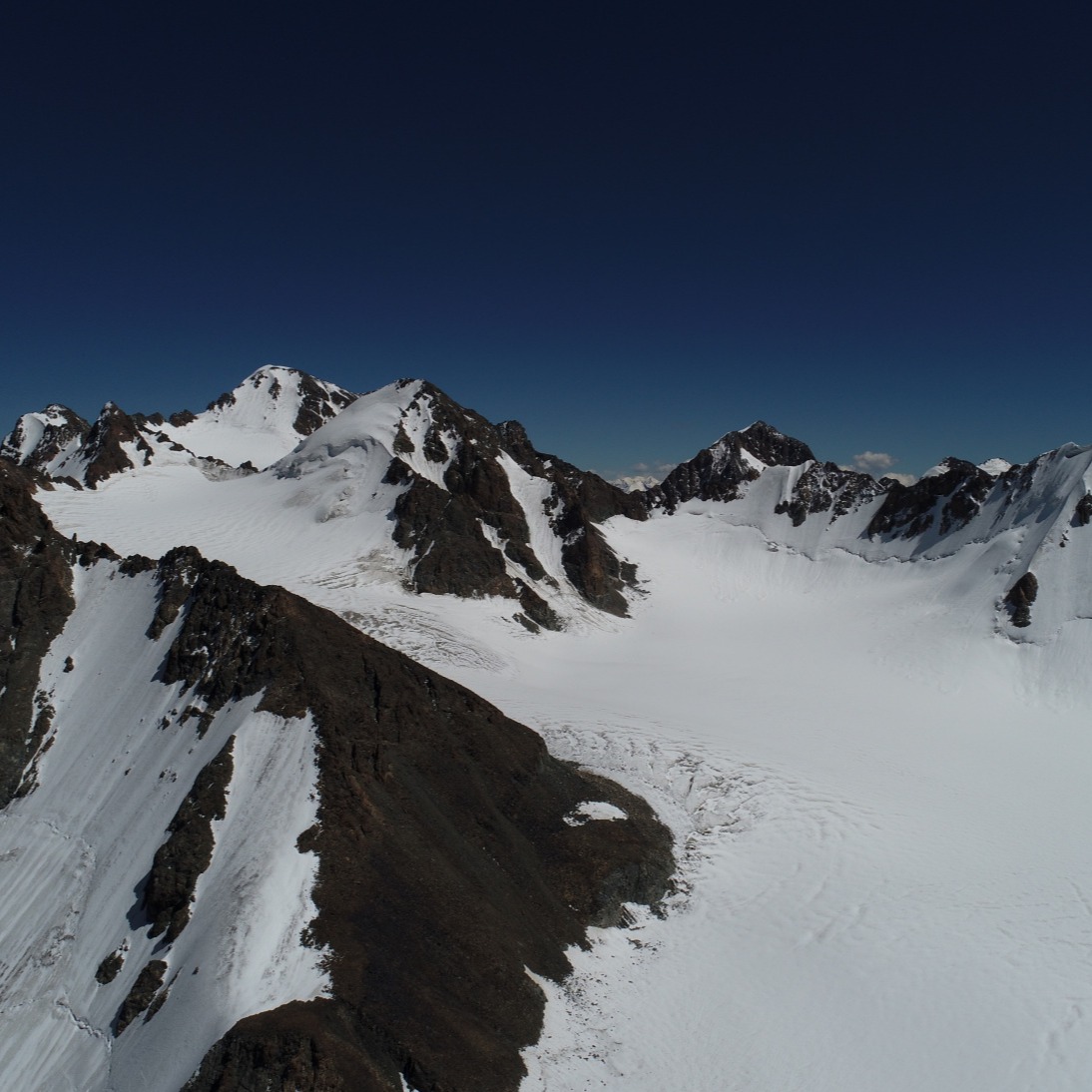 The Kyrgyz Turgen-Aksu glacier in Kyrgyzstan

A drone’s-eye-view of the changing climate

The glacier monitoring project was put on ice after the collapse of the Soviet Union. The last scientific expedition had been carried out in the 1970s: as more than 30 years have elapsed, the expedition team treated the monitoring as a pilot project.

Watch the drone flight from the Turgen-Aksu valley to the top of the glacier
The team flew more than twenty missions over three days on the Kyrgyz Turgen-Aksu glacier in Kyrgyzstan. The high-altitude and the mountainous surroundings made planning and executing a drone flight difficult. Despite difficulties, the team succeeded in mapping 39% of the 6km² glacier during the pilot mission. 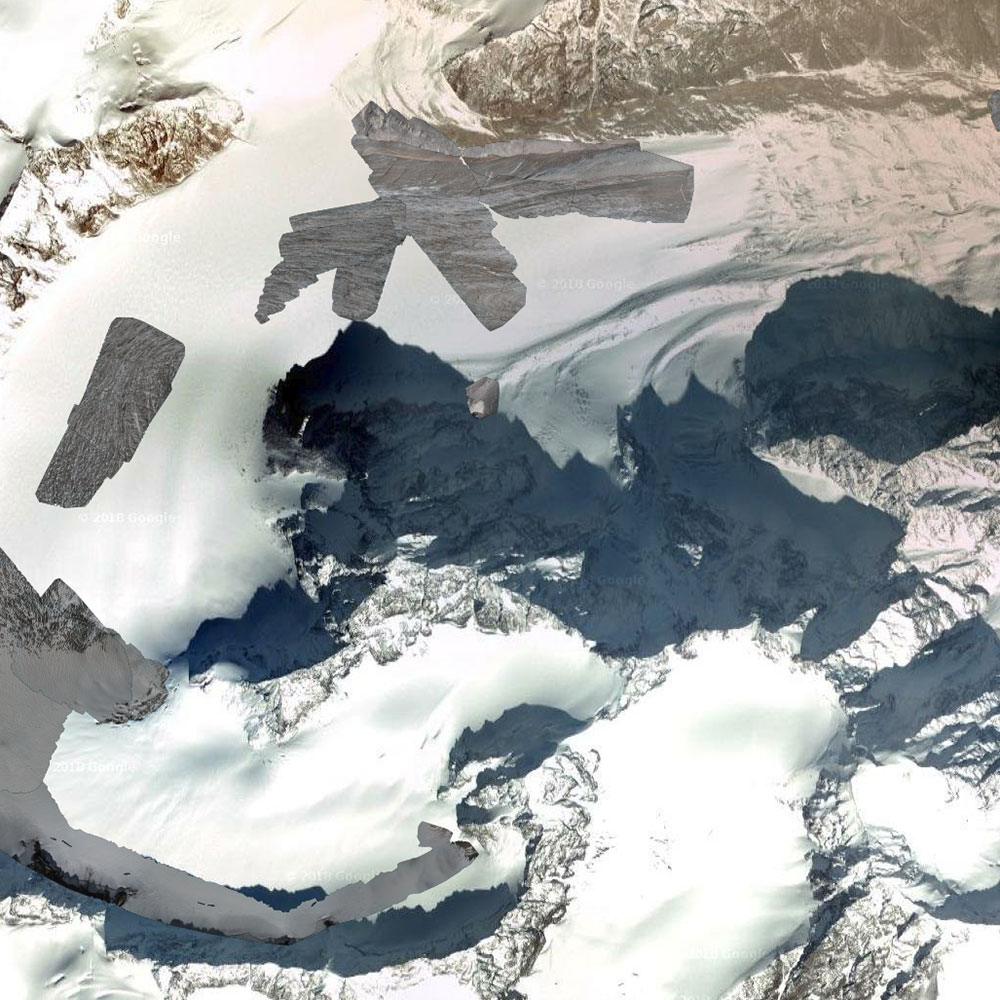 To ensure they had the data they needed, the team captured almost half as many images on the smaller Tajik GGP glacier as they did on the Kyrgyz Turgen-Aksu glacier. This helped compensate for the light variations due to clouds and inclement weather. 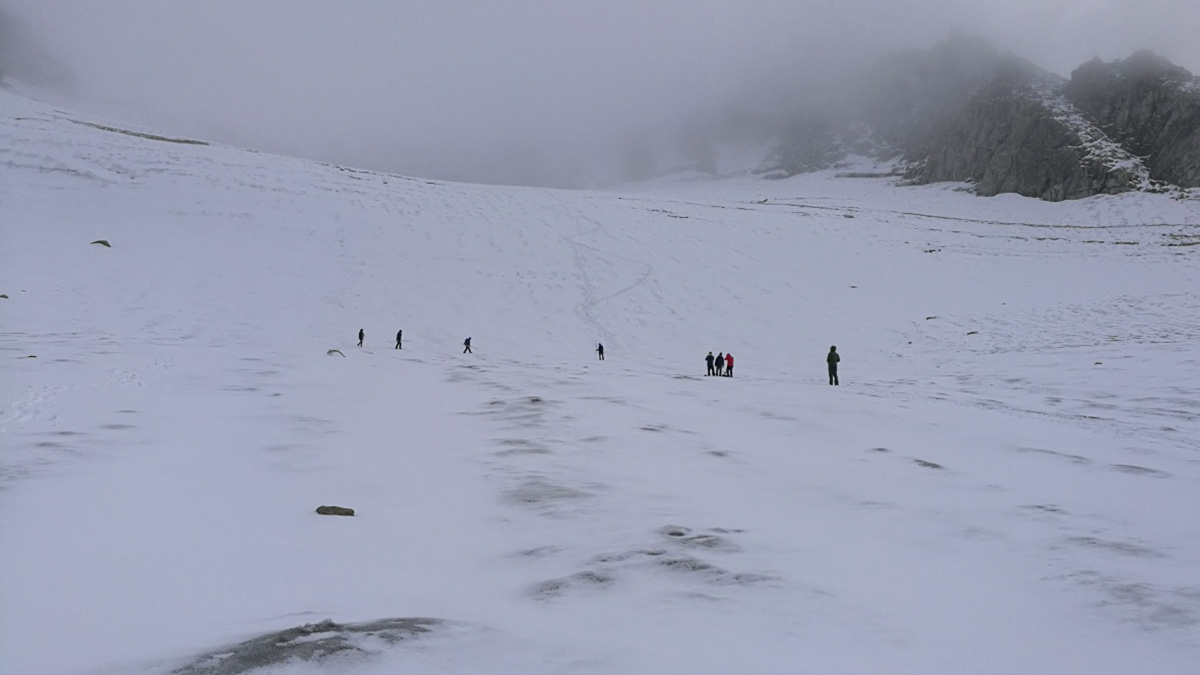 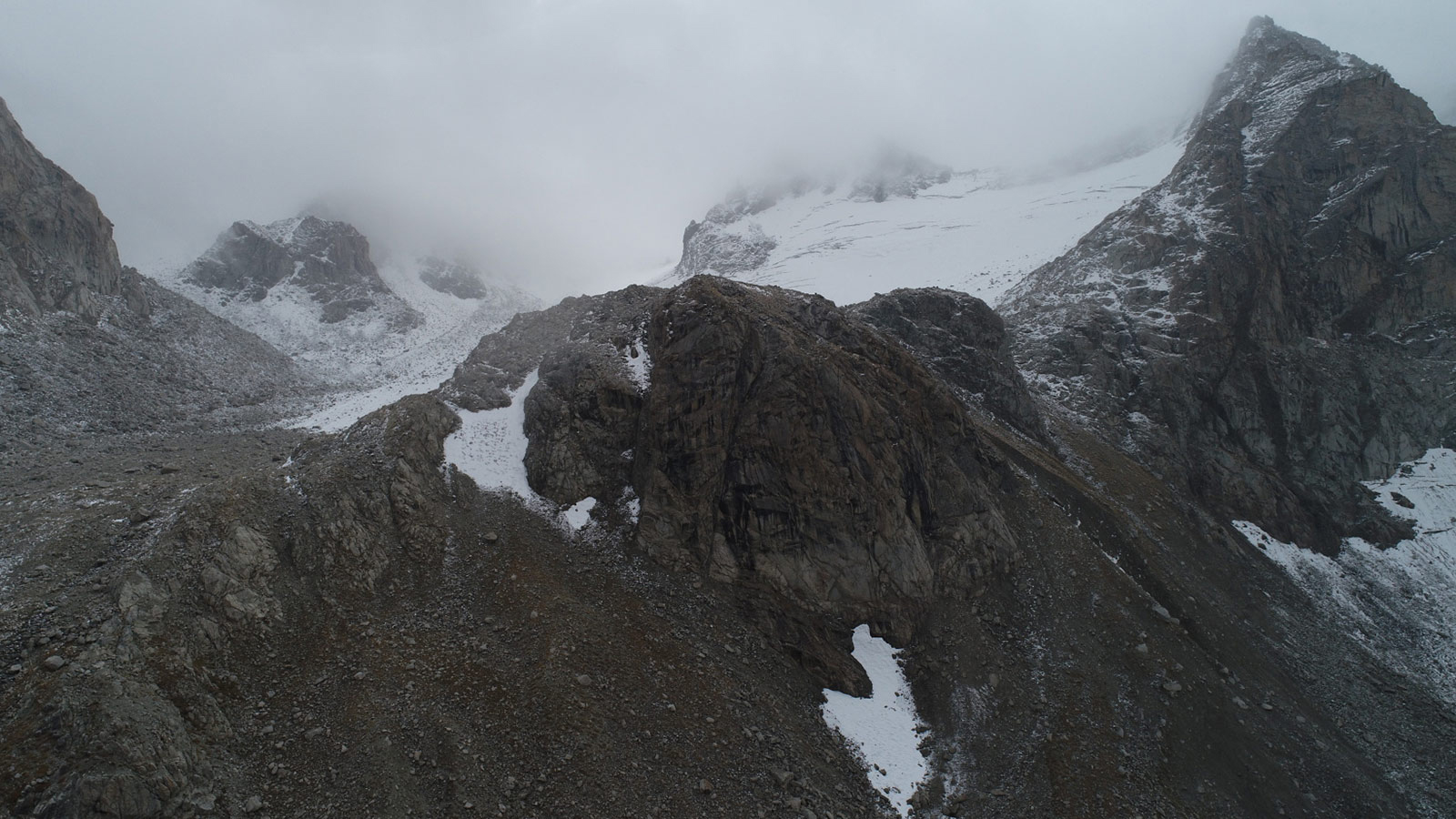 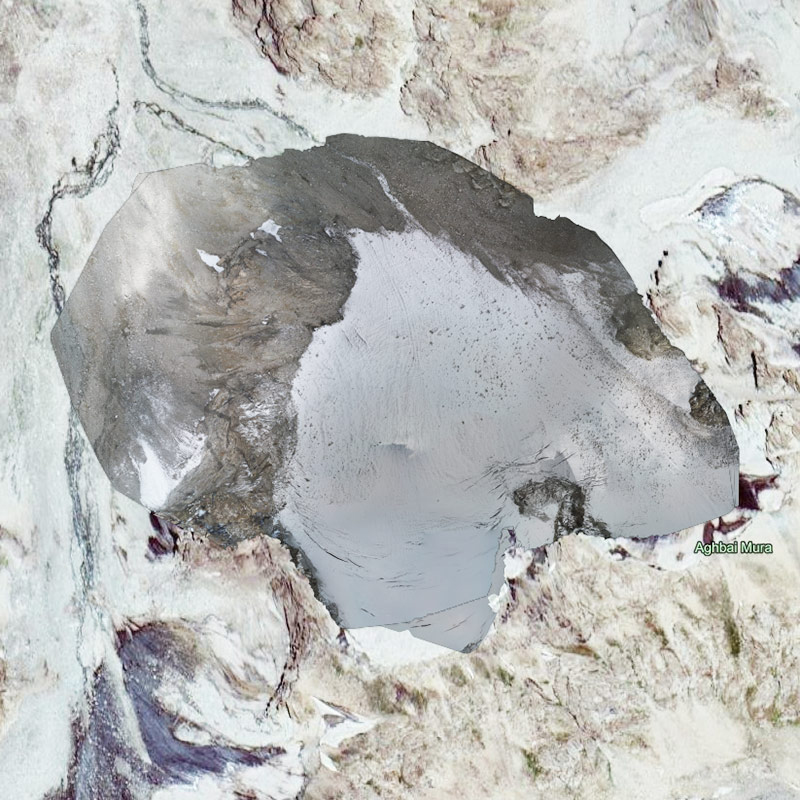 Three views of the Tajik GGP glacier, Tajikistan. Clockwise from top left: the team on the glacier; flying above the clouds; orthomosaic created in Pix4Dmapper

“Our Kyrgyz colleagues often said: ‘There is only one problem - no problem!’” says Brus. “They had a very positive attitude throughout the whole expedition.”

Despite terrible weather conditions, the remote location and technical difficulties, both collection missions were a success.

Back in Finland, the images were processed in Pix4Dmapper photogrammetry software

As part of the mission, they invested time in training in colleagues in both Kyrgyzstan and Tajikistan. “We plan to train locals using drones, mapping procedures and software use at an intensive workshop in Finnish Lapland. Each team will bring three people and own equipment to learn how-to during the hands-on field training,” says Brus. “This first year was a pilot expedition: in following years they should do all themselves.”

The team had previously tried other software solutions, but found the learning curve too steep for the project. “The Pix4Dmapper user experience was much friendlier,” adds Brus. “It was exactly what we needed for the project.” 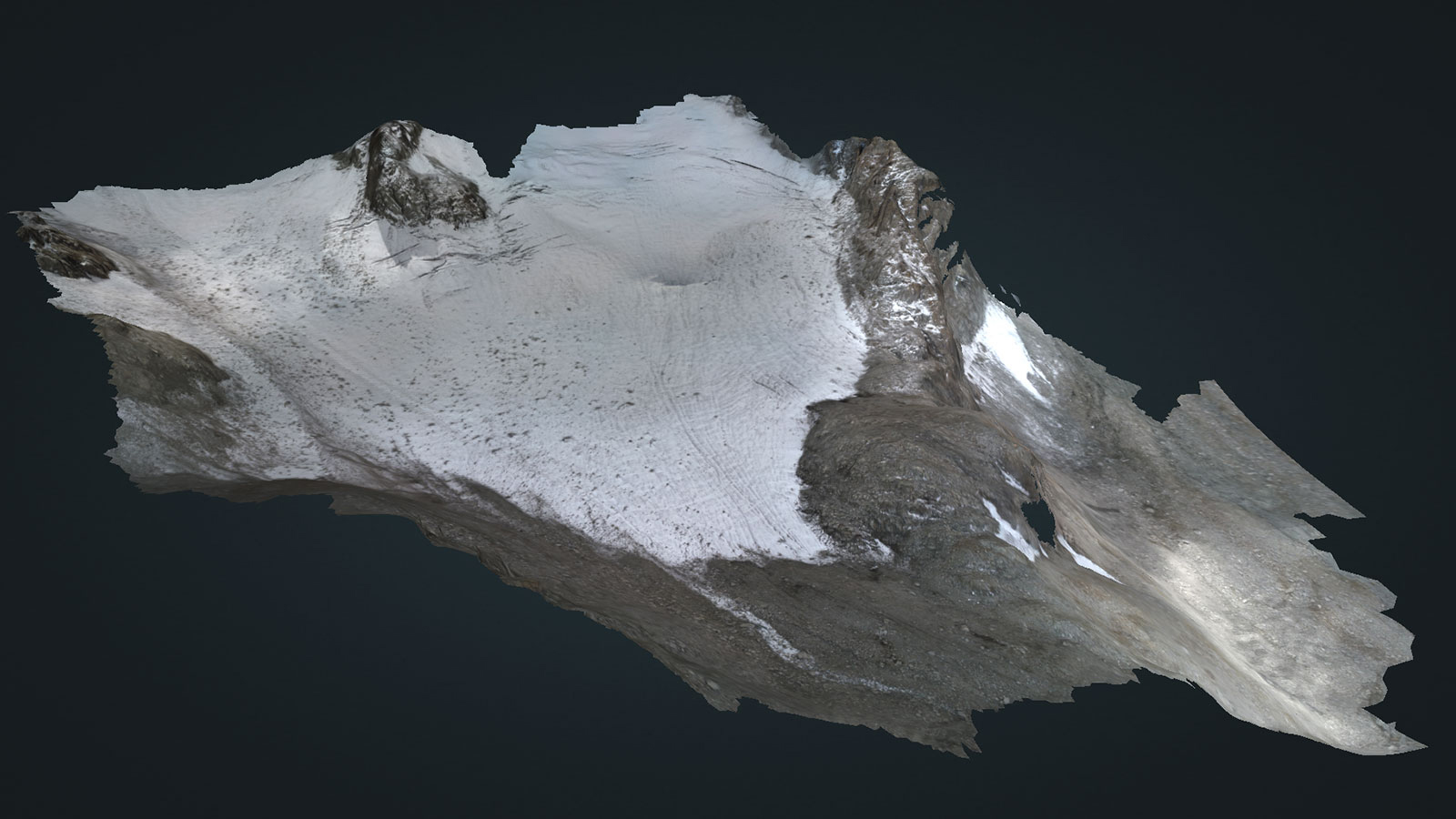 A 3D model of a glacier created in Pix4Dmapper

Pix4Dmapper photogrammetry software is capable of millimeter-accuracy, but Brus and the team were more interested in monitoring change over time than creating a precise snapshot. “We want to quantify changes to the glacier surface area, in combination with other measurements such as the glacier mass balance.”

Both glacier projects will take three years to complete, with the final result expected in 2020. “We aim to produce yearly maps of both glaciers,” says Brus. “The most important goal of this project is to restart independent glacier research in both countries using modern technology. Results of the projects will have undoubtedly impact on policy making by local authorities. We’ll know more after the next expedition.”

Map for the future
Whatever the future holds, map it with Pix4D
Pix4DmapperStart free trial 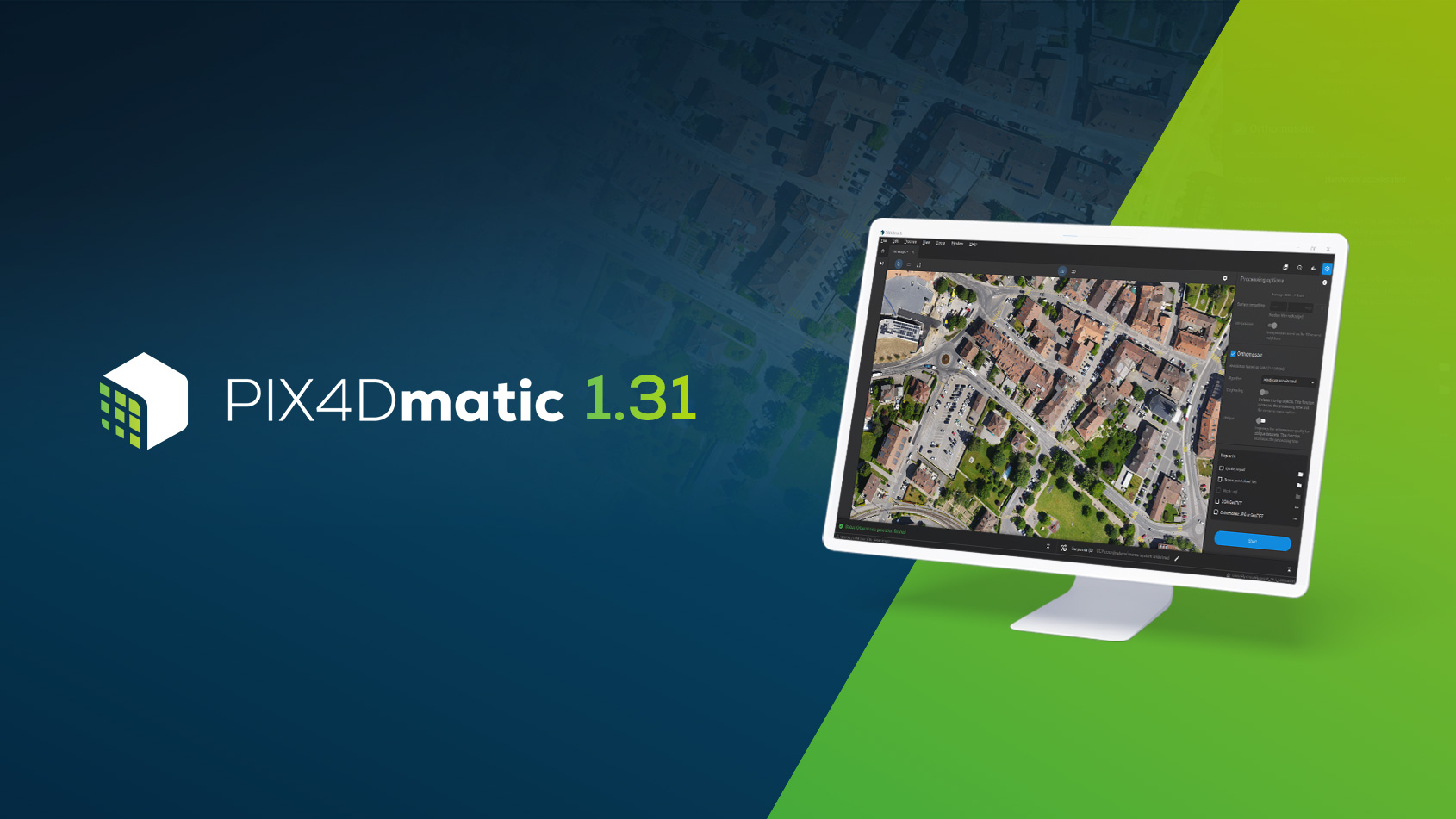 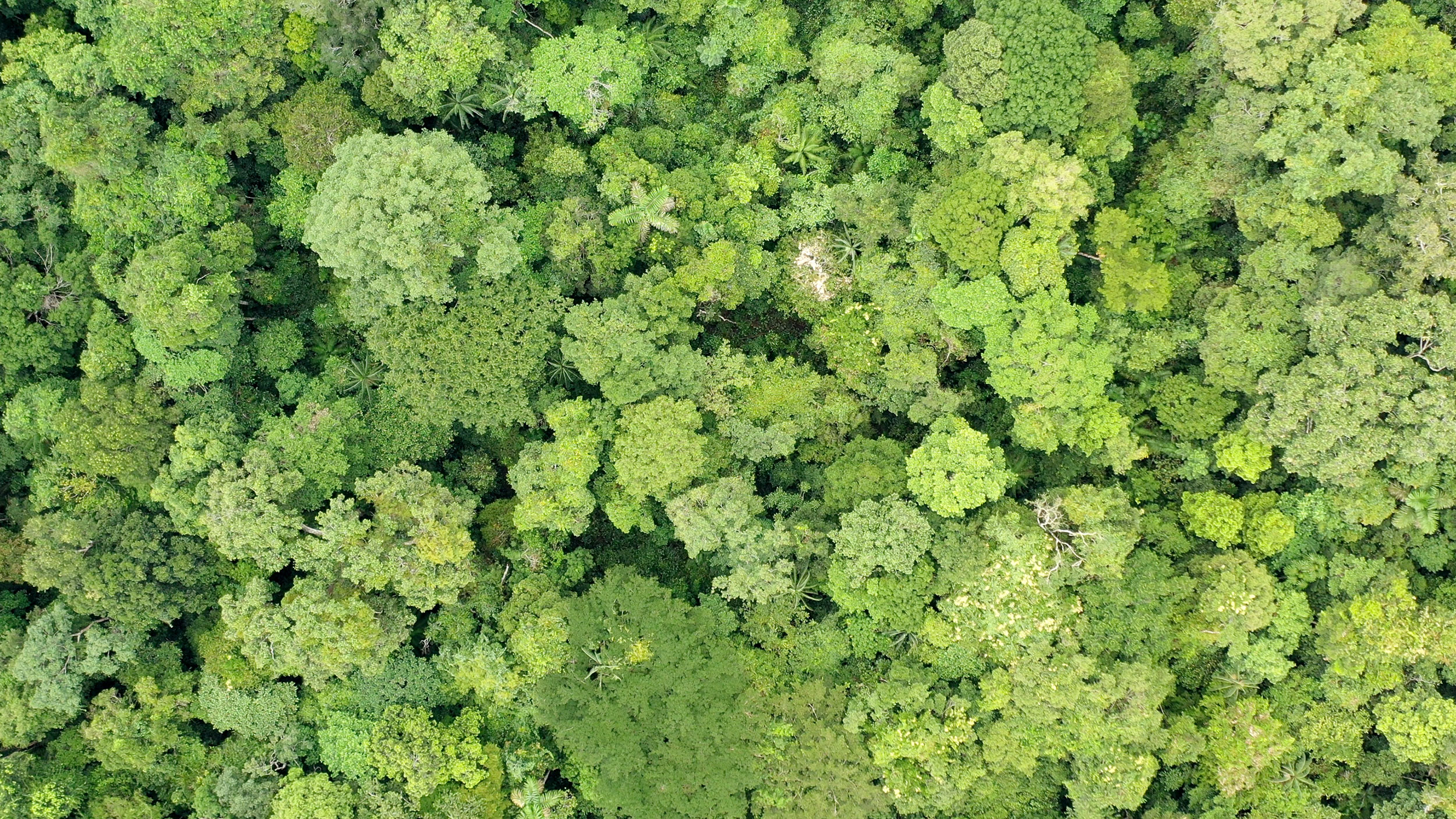