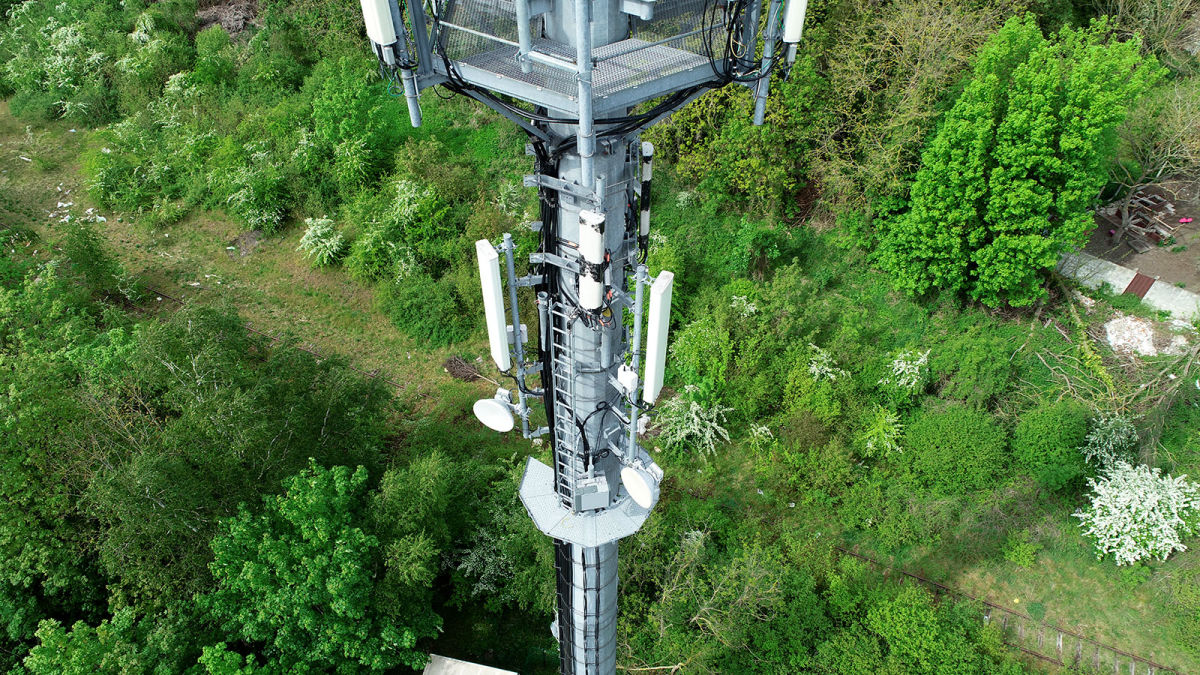 Succeeding large-scale in the telecom industry

January 17, 2022
Scalability is of critical importance in the telecom industry. IVADRONES found the right solution for scaling: PIX4Dscan and PIX4Dinspect.

Digital twins are the way forward for the inspection industry. They provide accurate replicas of reality that can easily be shared between stakeholders. Some applications have reduced on-site telecom tower inspections from a 24-hour project to just 1-hour. The advantage of working with drones is that they provide a scalable solution. It can be used throughout an asset infrastructure network to help manage and maintain an accurate record of each tower - including antennas, assets, and maintenance requirements.

When IVADRONES were hired to digitize 50 cell towers for a client, what started as a proof of concept, ended up in a partnership thanks to the combination of PIX4Dscan, PIX4Dinspect and the IVADRONES solution. IVADRONES and Pix4D were able to prove the efficiency of drones combined with AI in the telecom industry.

IVADRONES, headquartered in France, provides drone services through a network across France, Spain, and Switzerland. They run an operational management platform that is designed to manage large scale technical drone operations. With a crew of 17 people, they work with cutting-edge technology to take advantage of AI and 3D modeling.

Taking on a large-scale challenge

In 2021, IVADRONES were asked to digitize 50 assets with the aim to have digital twins of the cell towers. Due to the slowdown of the COVID-19 pandemic, the client wanted to find a new partner to help them digitize their assets in the fastest way possible to optimize the cost of technical interventions. The project was also needed to help the client ensure their assets complied with the standards imposed by operators. Another prerequisite for the project’s success was the client wanted to be able to follow the evolution of the site.

The challenge before IVADRONES was to prove that using drones for inspection and digitalization of technical operations in telecom is efficient enough to work on a large-scale. The combination of the AI behind PIX4Dinspect, the user friendliness of PIX4Dscan, and the experience of IVADRONES in asset digitization proved that the client was in the right hands. 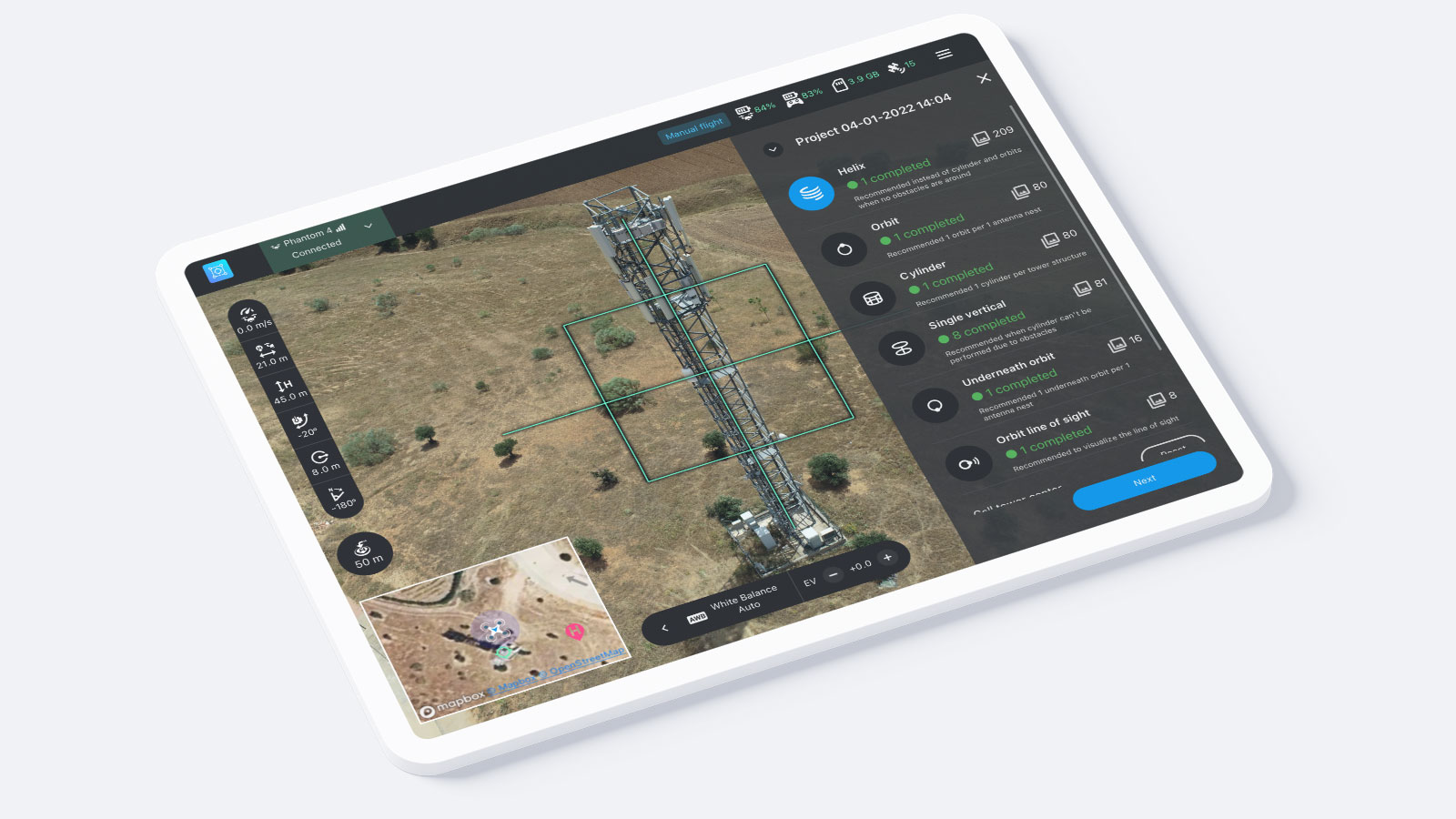 Saving time by using drones to digitize a cell tower

One of the tasks of this project was to digitize a newly built tower from day one, so that IVADRONES’ client had up-to-date knowledge of the tower, including what was installed, and if it was properly installed. Having this information on a digital twin would save the client any subsequent technical visits to the site and the considerable amount of time that such visits would require. IVADRONES then needed to digitize other existing assets with a full inventory of installations and their maintenance status.

Grégoire Saint-Cast, the CEO and co-founder of IVADRONES, adds: “This project was very special size-wise. It was the first project we had with that amount of towers to digitize in a month's time.”

Getting the right data with PIX4Dscan

For data capturing the team used PIX4Dscan, the flight planning app tailored for inspection, as it was “the best suited tool to answer the clients’ needs” (Gregoire Saint-Cast). Typically, capturing a tower would take the IVADRONES team around 40 minutes for everything: from setting up the drone, changing batteries to capturing the tower.

"PIX4Dscan is a great product, especially when it comes to technical drone operations. The flights are easy to do, do not require a lot of time or specific training, which makes this flight app one of the best on the market." - Grégoire Saint-Cast, CEO and co-founder of IVADRONES

Data processing made easy with PIX4Dinspect

After data collection, they checked that the data seemed complete before leaving the site. Inspecting the data before departure avoids someone having to return to the site if there was a gap in the image collection.

Data processing was completed by IVADRONES using PIX4Dinspect. “To process the data after the flights, it was about as easy as dragging and dropping the pictures from the SD cards to the Pix4D server”. Within a few hours, results were ready and the team were notified via an email.

It is easy to manage operations with PIX4Dinspect thanks to it being a cloud based platform. A team can gather data in just 40 minutes, and upload it immediately. Processing takes place automatically, whilst the team travels to the next tower.

IVADRONES found that this has massively cut down the minimum amount of time required for data analysis, which is a major component of the telecom industry. Additionally, thanks to good weather and a professional workflow, the team faced no issues in data collection or processing so they moved quickly between the 50 towers.

Why machine learning and AI make a difference

One of the basic but most powerful concepts in the machine learning world is the “virtuous cycle of AI”, where the process of AI developing is part of a repetitive cycle moving between the product, users and data collection. With every inspection, the software gets better.

The team found that PIX4Dinspect saved them time and provided a harmonious flow of data from collection to delivery. This proved to the client that IVADRONES could provide a reliable, scalable service with an impressive proof of concept. It was demonstrated to be a valuable return on investment in using drones for inspection as the IVADRONES team have confirmed contracts for inspection in 2022 as a result of this success. They saved time and money for themselves and client. Alongside the professional victory, IVADRONES enjoyed the intuitive feel of the software.

“Our pilots enjoyed the user friendliness of the application and the ease of flying with this app. Our clients enjoyed the PIX4Dinspect management system, as for inspecting and following up their sites.” - Grégoire Saint-Cast

The inspection workflow from PIX4Dscan and PIX4Dinspect is streamlined and efficient, making it easy for inspectors to visit multiple sites in a day, upload the results, and share them. Annotations and measurements can be made directly on the digital twin on PIX4Dinspect and shared with clients and tower owners. As IVADRONES have proven, a scalable solution provides an edge and advantage over competitors in efficient telecom inspection workflows.