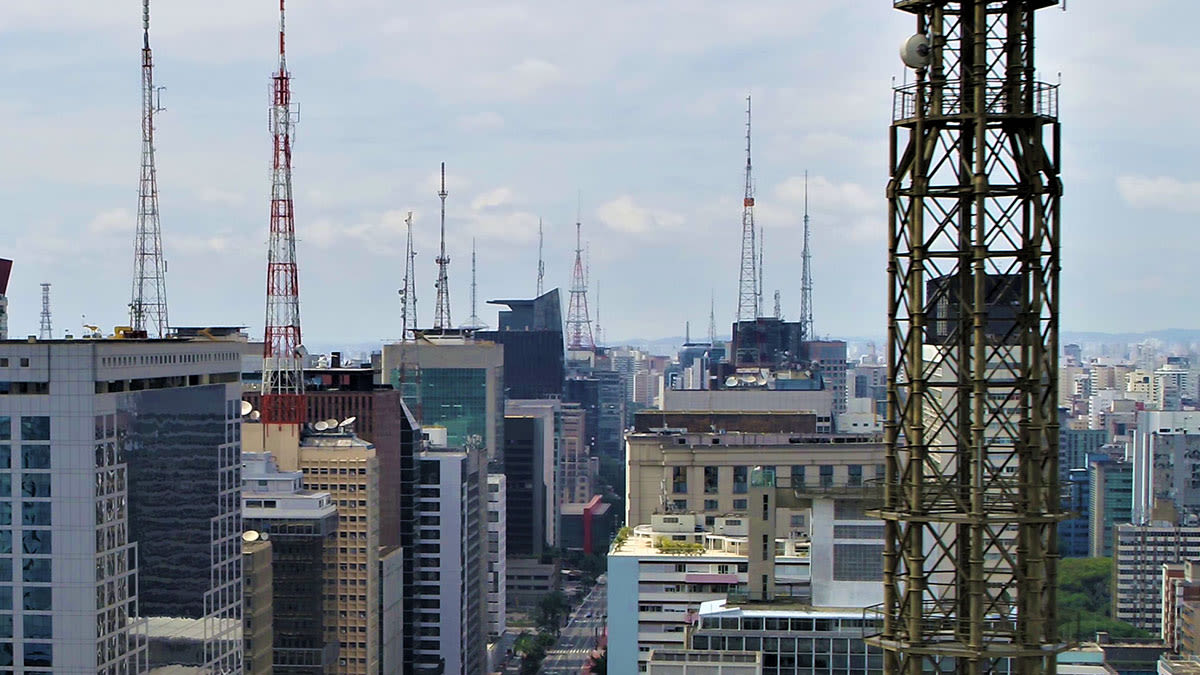 Cell towers in rural areas can be standalone structures that are independent of any buildings. In cities, there is less space, and telecom corporations need to find places that are elevated and accessible and can still serve the city. High-rise buildings are an obvious solution, as their roof space is not often in use and can be accessed from the building itself.

São Paulo, Brazil, is the biggest city in the Southern Hemisphere. With a huge population and large businesses, the telecom needs of the city are vast, with over 15,000 telephony and internet antennas.

SMC Soluções em Engenharia (SMC) is an inspection company based between Campinas and São Paulo. They were hired to inspect antennas on top of a building in coordination with American Tower Brazil. This building is a tall multi-story office block in the center of São Paulo. When SMC received the assignment, the technical team advised using drones to complete the inspection, working with PIX4Dscan and PIX4Dinspect. 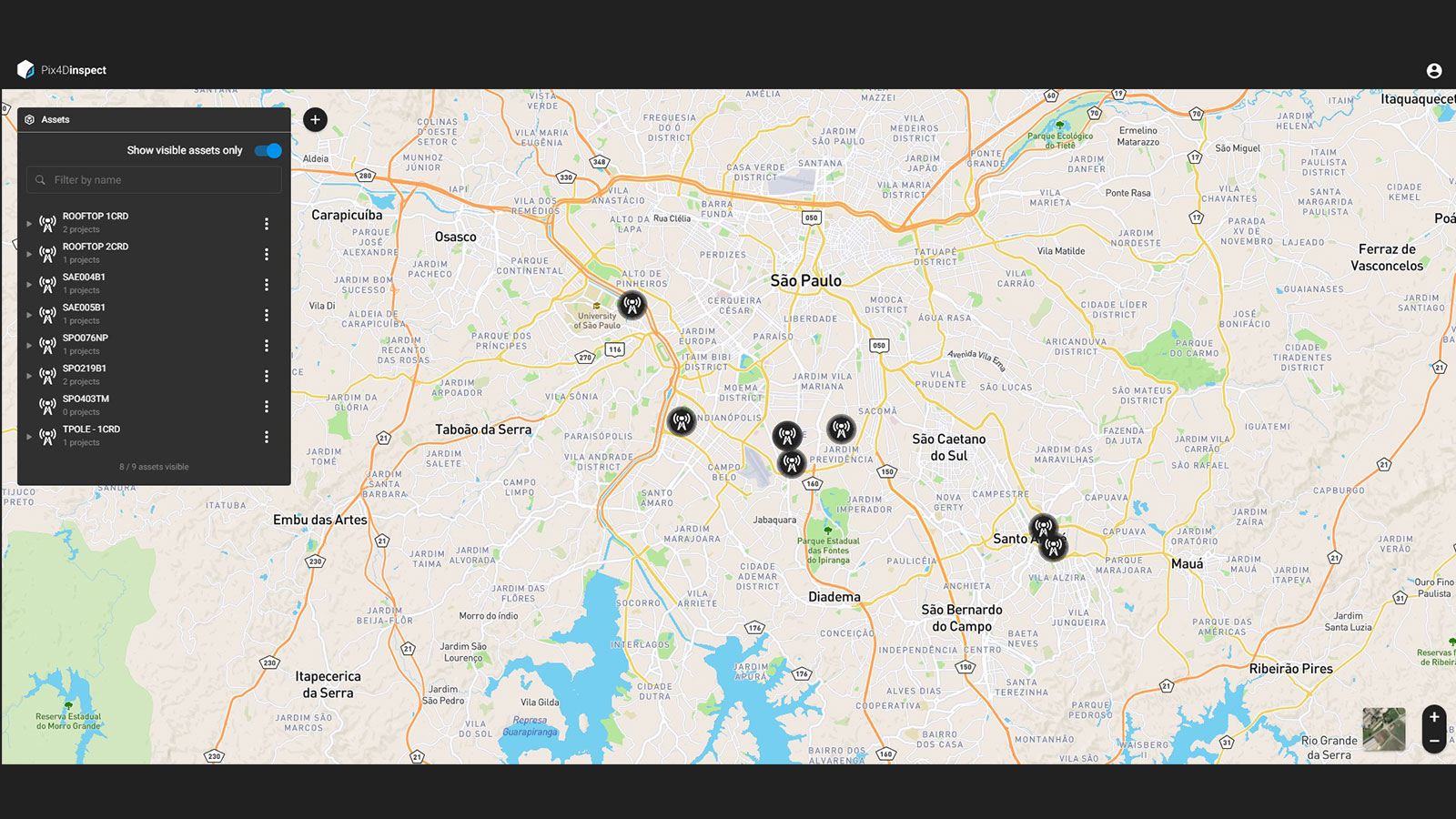 SMC have worked on several antennas around the city

The objective of this project was to produce a digital copy of antenna sites and cell phone tower structures on top of the building. The equipment could then be evaluated and the information made available online. Data collection with drones means there is no need for a difficult climb to the top of the tower and makes the process more efficient and safer. 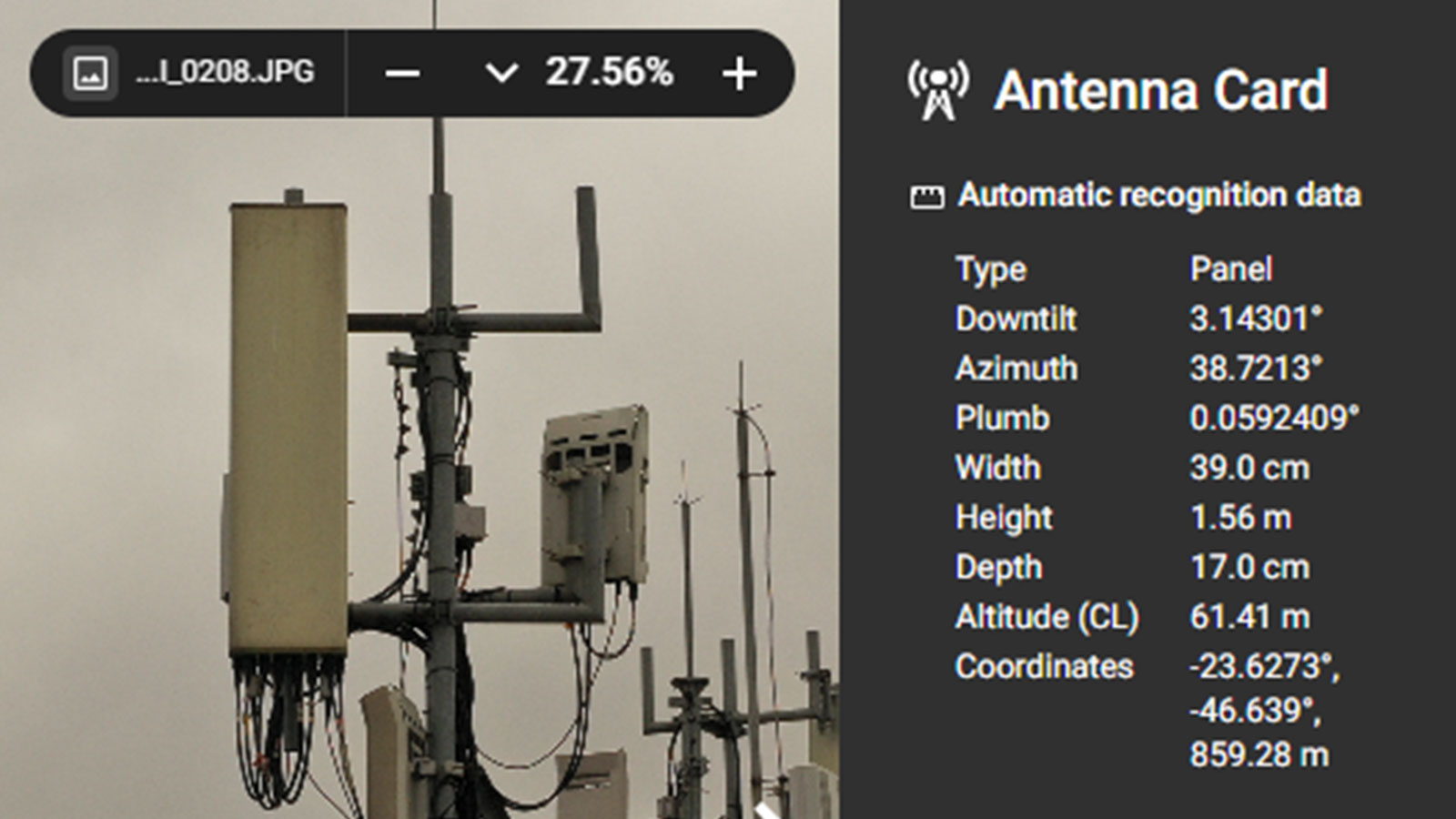 Drone imagery captures the details of an antenna

In some cases of working with PIX4Dscan and PIX4Dinspect, a day’s worth of work has been cut down to an hour. The PIX4Dscan app has pre-set flight plans that can be adapted to the inspection site. This makes it easier for the inspection team as it automates the data acquisition process and saves them the effort of climbing and taking photos by hand. The combined agility and quality of PIX4Dscan is critical as it helps assess equipment that has already been installed as well as the spaces remaining for future installations.

An intelligent digital twin with PIX4Dinspect

After the data was collected using PIX4Dscan, it was uploaded to PIX4Dinspect for processing. PIX4Dinspect is valued for its scalability, where the cloud-based platform means multiple projects can be inspected and processed at the same time. PIX4Dinspect is ideal for large corporations because data can easily be revisited, inspected, and viewed from different angles without anyone having to return to the site.

The measurements from Pix4Dinspect are more accurate than traditional notes made on paper with a compass and measuring tape.

The engineer from American Tower who accompanied the team for the inspection recognized the potential for accurate quarterly reports to be completed with this software. This would enable changes to the structures over time with significantly less manual labor than traditional inspections. 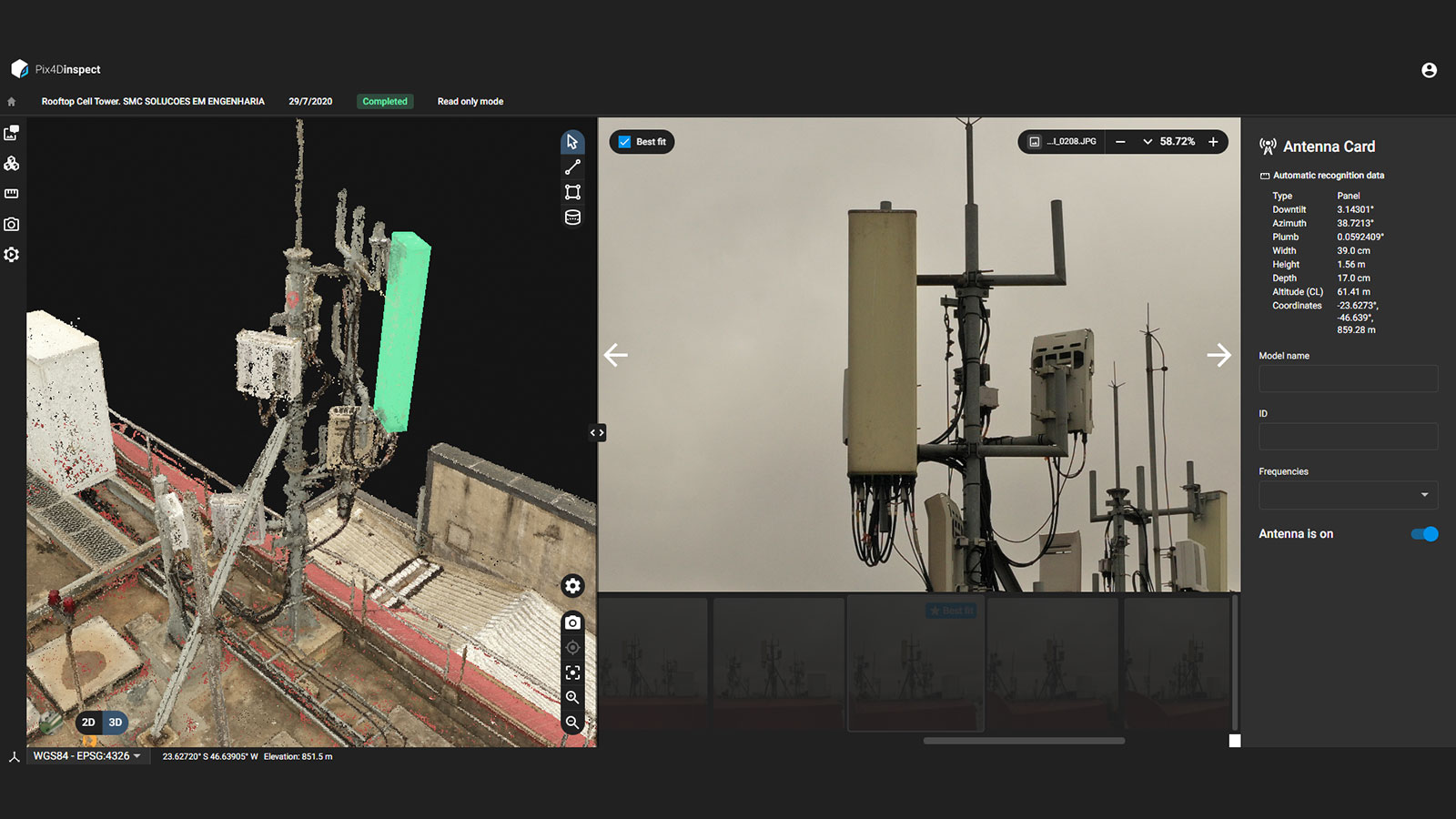 Finally, PIX4Dinspect’s dashboard allows users to group inspections with different assets, so an integrated portfolio of a client can be shared with them all at once. This meant SMC could provide a map-based dashboard of their inspections across São Paulo to their client which is easy to navigate.

The future of telecommunication inspections

In this case, SMC found that using PIX4Dscan and PIX4Dinspect made their workflow significantly easier for several reasons: 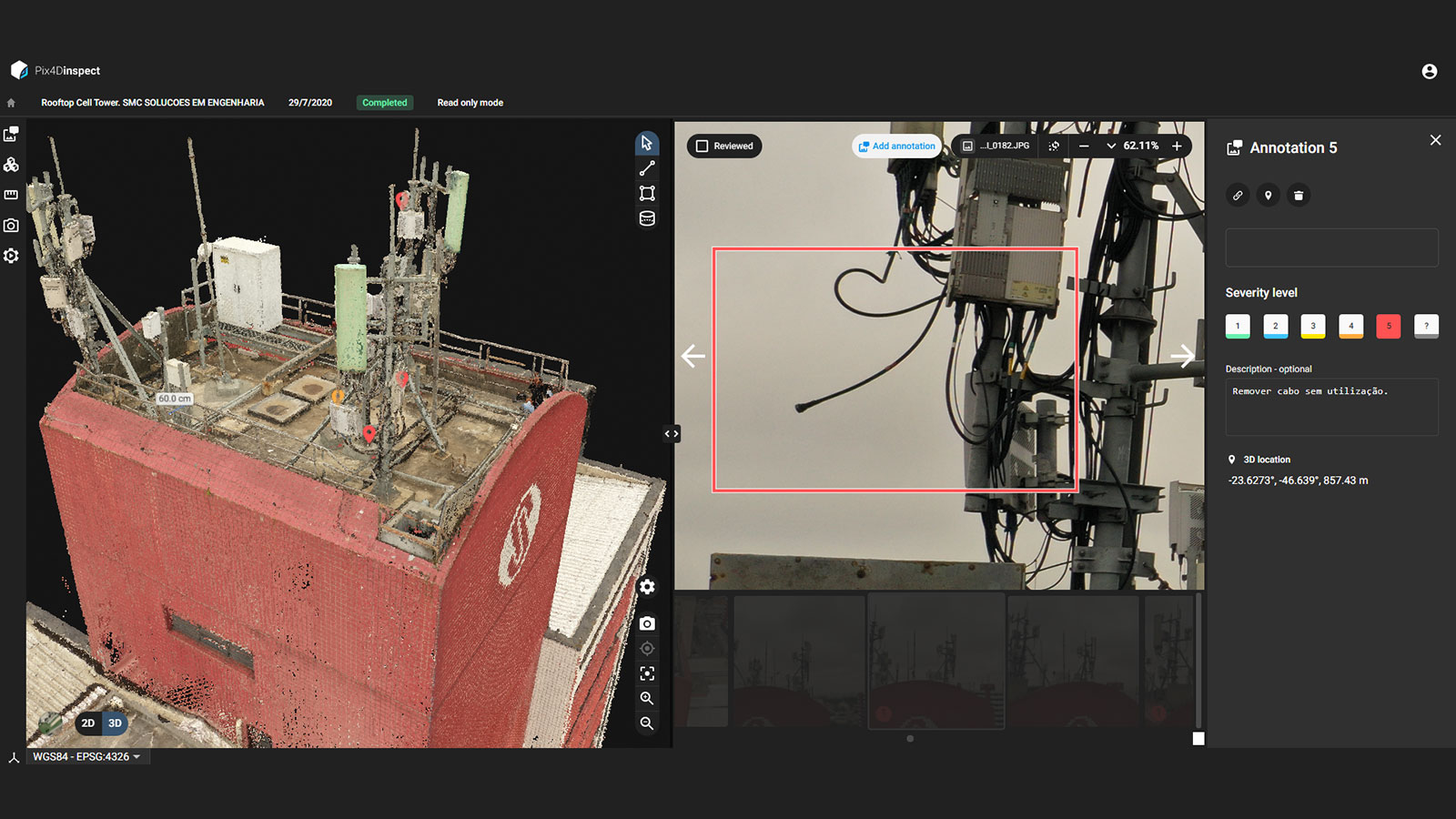 PIX4Dscan and PIX4Dinspect empowered SMC Engineering Solutions to complete a visual inspection of the antennas in just minutes, with output reports that they could easily share with their clients.

“Getting results close to using a laser scanner, at a fraction of the cost with safety and maneuverability, was critical to meeting the needs of the project and staying in-budget.” - Gabriel Mello, CEO of SMC Soluções em Engenharia

SMC found this rooftop inspection exceeded their expectations because, in addition to creating an intelligent digital twin of the facilities and equipment, they could reconstruct details of the building where the assets are installed. The level of detail they achieved meant that in the future, they will be leaving behind the inaccuracy and drawn-out methods of manual inspections and continue with drone inspections. 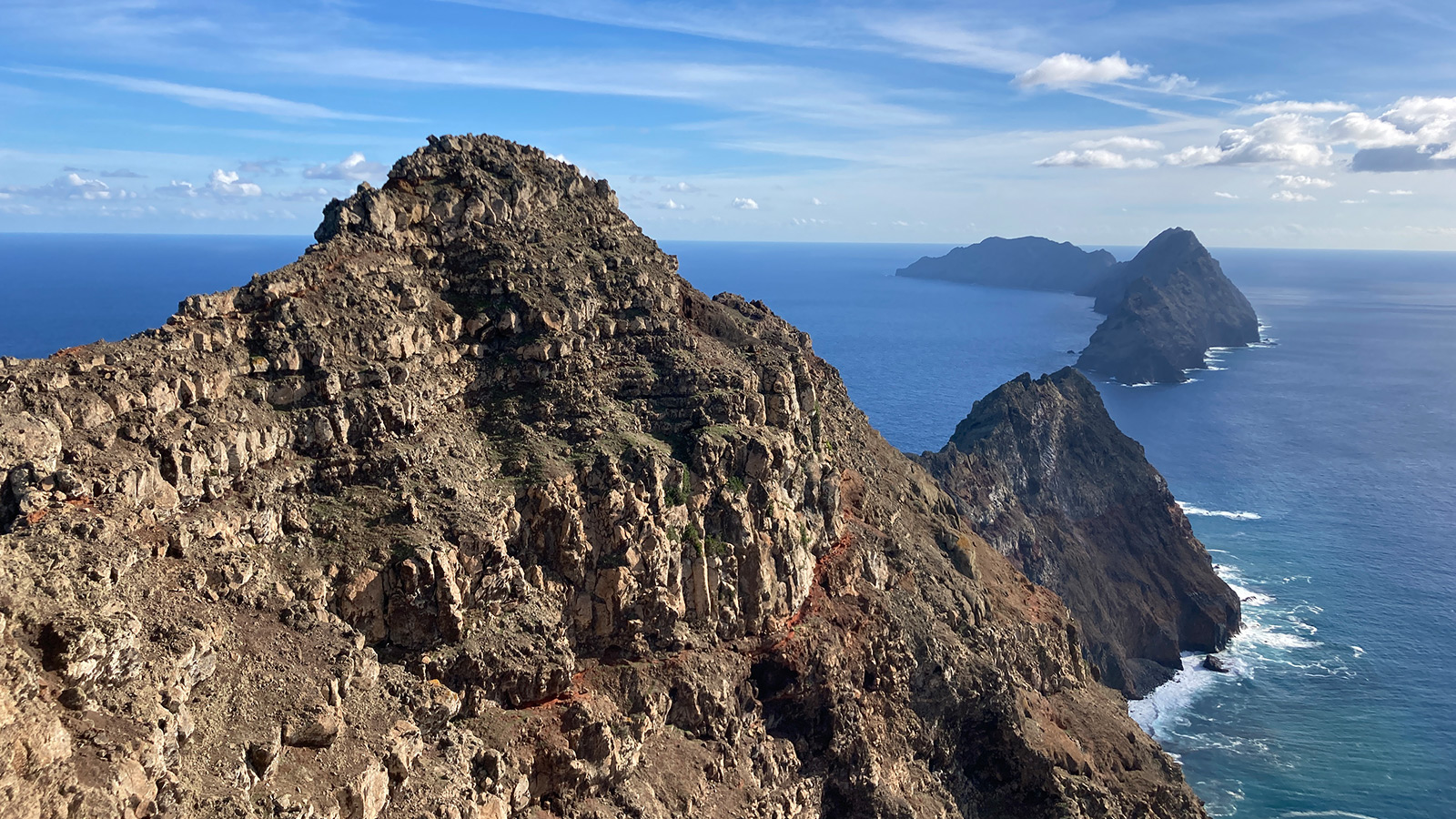 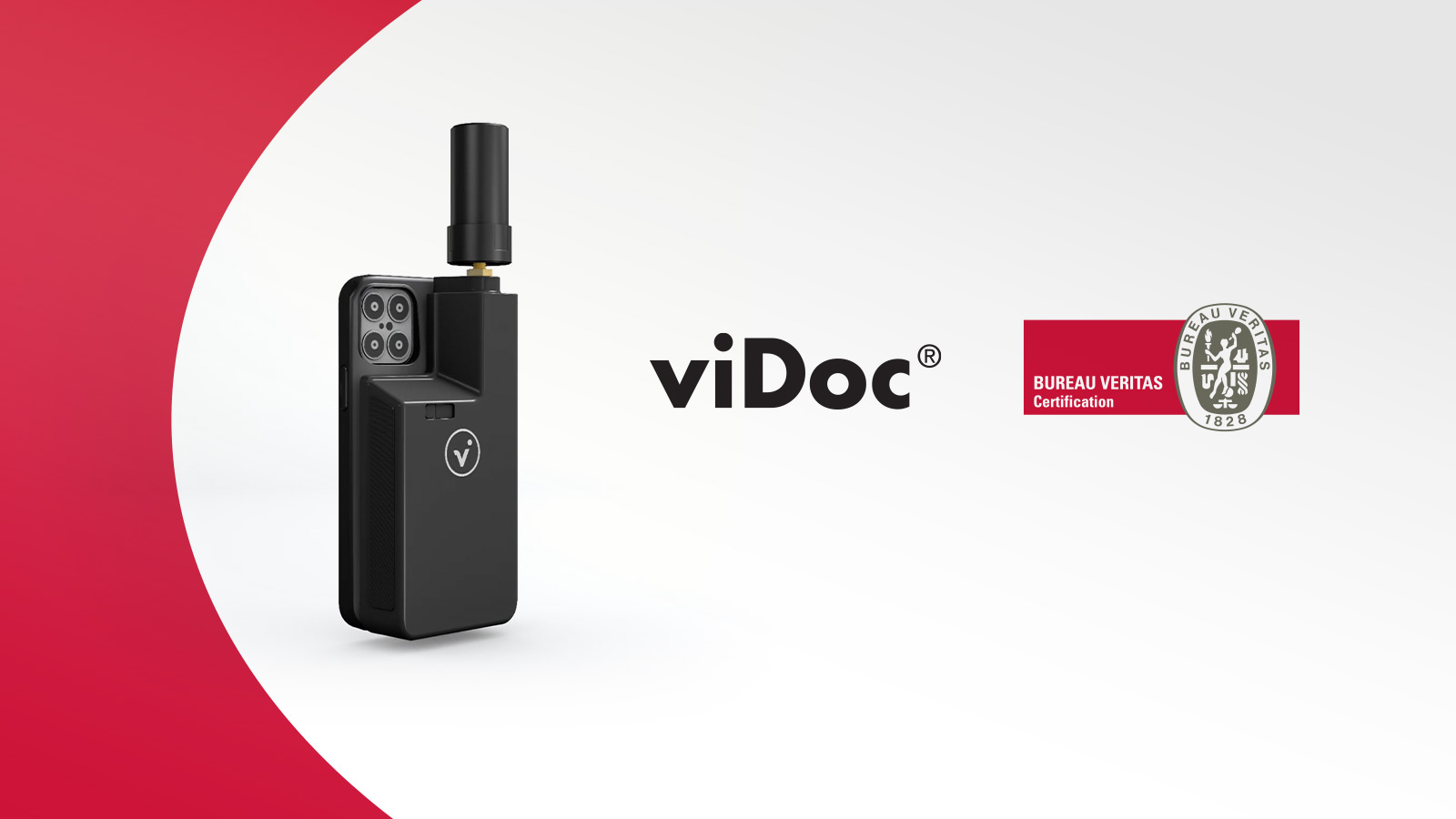 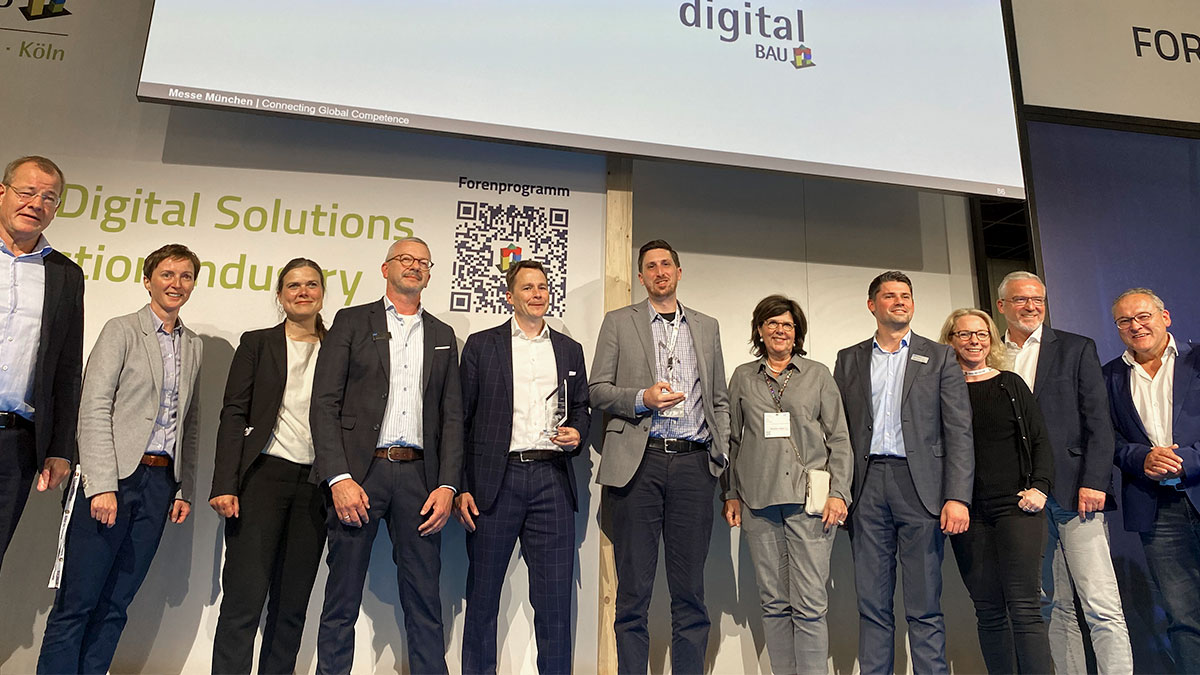